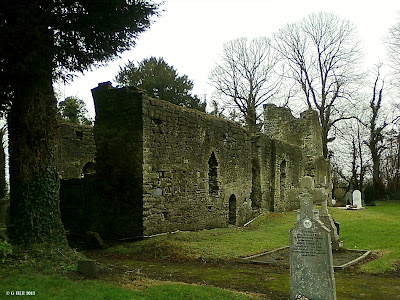 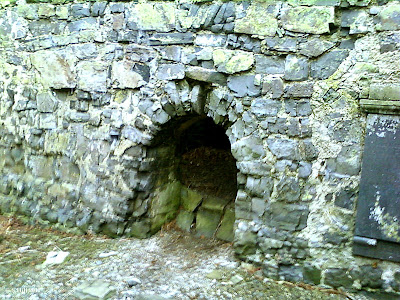 Above Image: The small entrance to the Tower 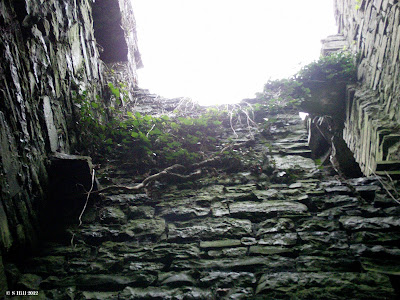 Above Image: Within the Tower 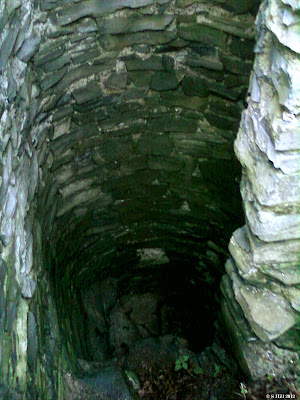 Above Image: The stairwell leading down from the Tower 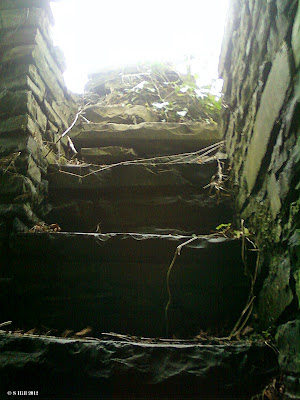 Above Image: The last few steps to the top 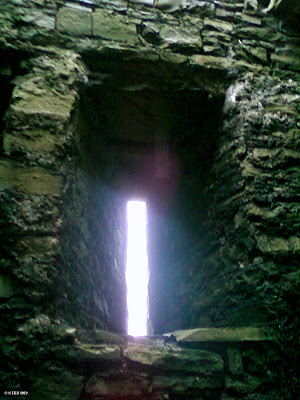 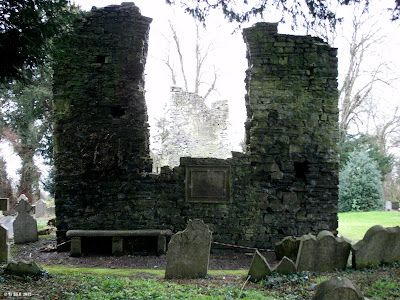 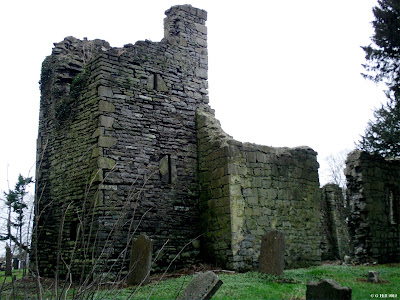 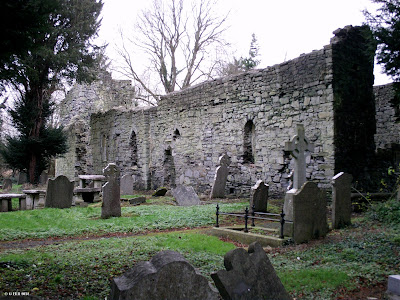 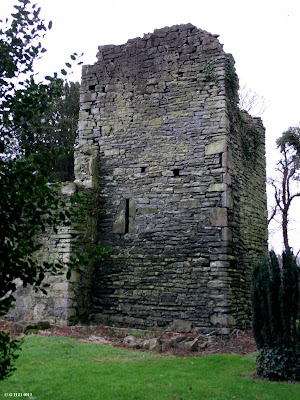 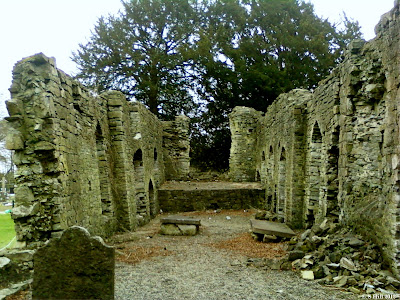 Above Image: The leaning walls 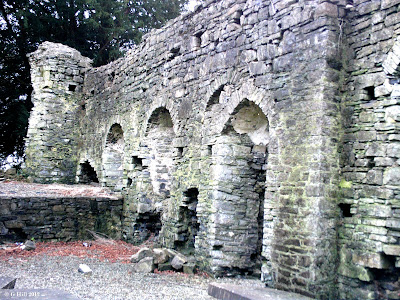 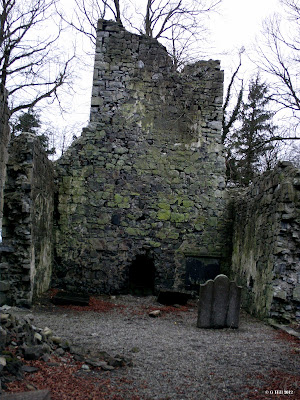 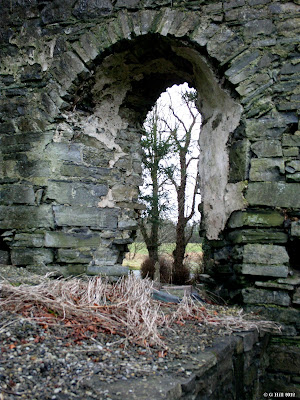 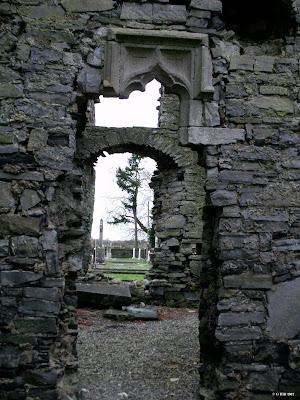 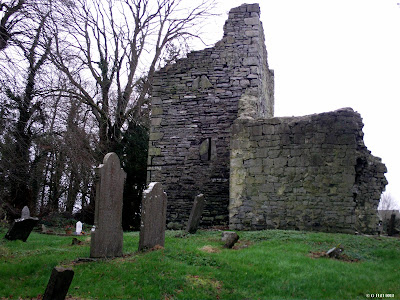 Laraghbryan is the site of an ancient Monastic settlement believed to have been founded by St. Senan in the 6th century. The present Church and Tower ruins were built between 1400-1500AD upon this site. The name derives from "Laithreach Bruin" or "Sanctuary of the O'Byrnes" who were at that time the Kings of Leinster and were patrons of the Church. The Church fell into disrepair in the late 1700's and anything of worth was removed. Since then it has been battered by the sands of time and although some good restoration work took place in 2002, it remains in a very ruinous state, especially the Church walls which are leaning outwards and may in time collapse altogether. The Keep-like Tower, said to be the oldest part of the site, has a spiral stairs and according to local legend, a subterranean escape tunnel which links it to Maynooth Castle not too far distant.
The ruins lie on one side of a more modern cemetery a short distance from Maynooth on the Kilcock Rd. There is a signposted right hand turn down a lane way which leads you to the entrance. The best access is to drive to the bottom of the lane as the gateway here is almost parallel with the ruins. The lane way itself is quite wide and has a derelict house to one side of it at the end, giving the area a very isolated feel.
The ruins themselves are quite dramatic. The side walls , still tall, are leaning outwards and crumbling away in places, which is a shame as they sport some very decorative stone work especially around the arches. I'm surprised that they have not been buttressed to avoid any further collapse, but then funding may not be currently available. It's a pity really as it would be a great loss historically if this building should collapse and disappear. Once inside you can see how badly leaning the walls are.
To the Western end you will find a low entrance to the Tower. Stoop down and you'll manage to get inside. The very worn narrow steps upward are climbable to a point, but only for the intrepid explorer. There is a great sense of decay about the place yet outside the Tower stands quite solidly and will no doubt outlast the rest of the Church. On the day we visited it had been raining and although cleared had left the stonework damp and a tad slippy in places especially the stone stairs so take this into consideration when visiting
To find Laraghbryan, take the R148 from Maynooth towards Kilcock. About 1km out of Town you will see he signpost for Laraghbryan Cemetery. Turn  right down this lane and park at the bottom. Here you will find a metal pedestrian turnstile to the right of the gates.
Posted by Castlehunter at 16:50