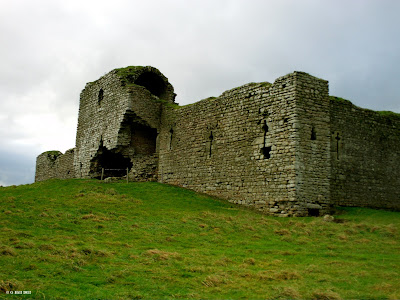 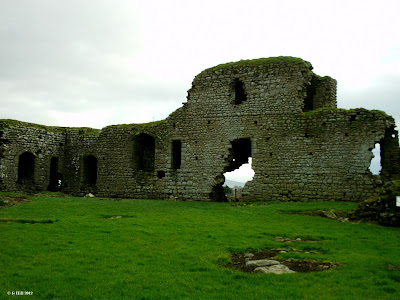 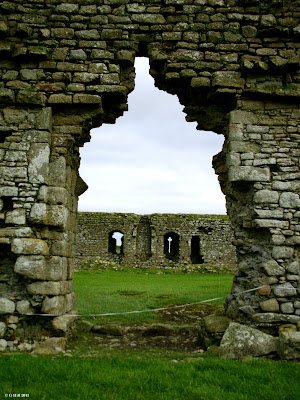 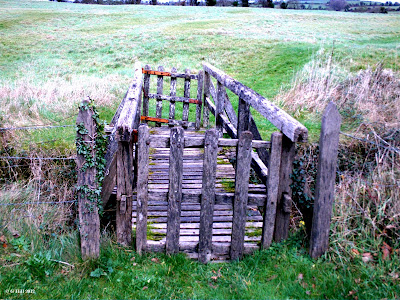 Above Image: The Footbridge 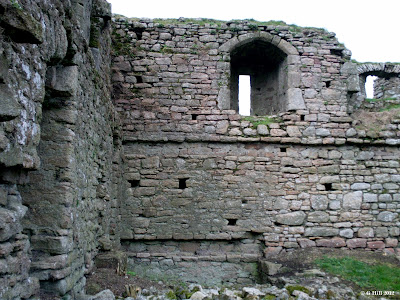 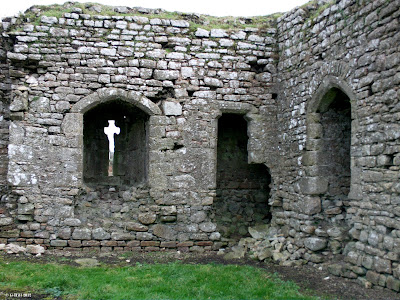 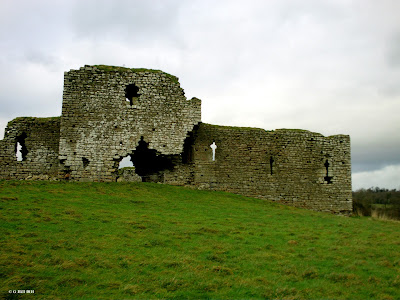 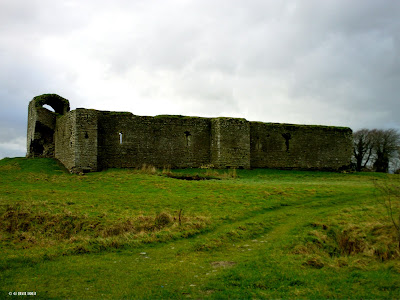 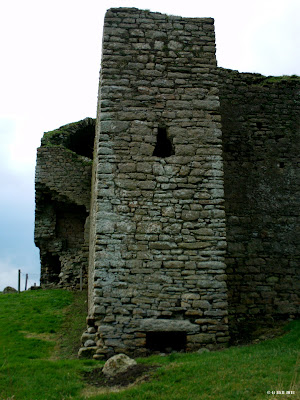 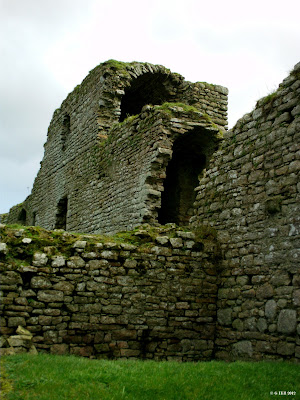 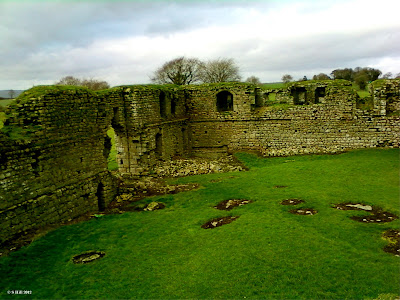 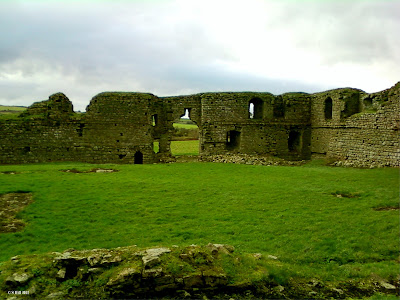 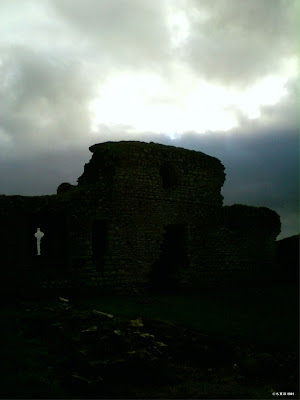 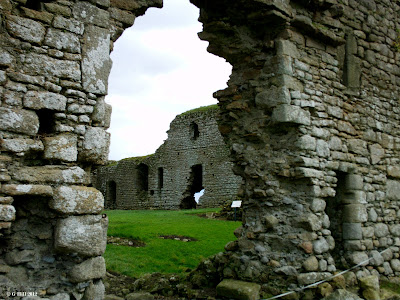 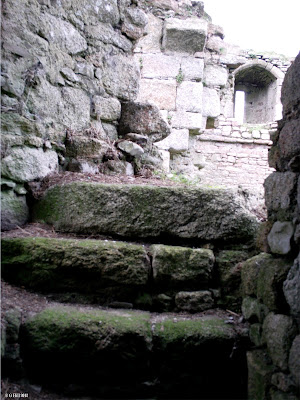 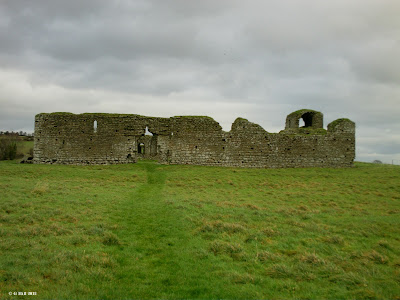 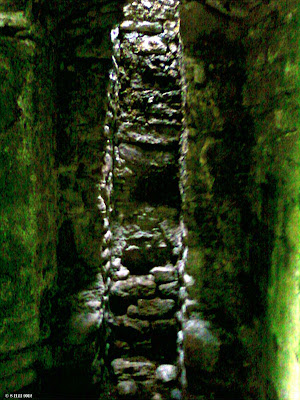 Above Image: A view inside one of the walls


The most unusual ruins of Ballymoon Castle lie in an open meadow just east of the town of Bagenalstown.
It's history is quite sketchy, but it is believed to have been built in approx. 1300AD by the then prominent Carew family. The Castle, designed as a fortress, also housed the Knights Templar who no doubt were well able to see off local raiders.The Knights also being a religious order would account for the more domestic aspects of the Castle as there are remains of numerous fireplaces and latrines in evidence.
The Castle has a large courtyard space flanked by thick high walls which would once have sported fortified walkways. These walls had turrets for extra defence and at the entrance a gateway with evidence of a portcullis. It is also debated that the Castle may not have been occupied for a long period and indeed may not even have been fully completed in it's time.
Ballymoon is one of several Castles in the area, but it's prominent position with views of the surrounding countryside would have made it a formidable structure. It stands just off a narrow country road and we found we had to drive a little past it to get safe parking. This country road can be quite busy and you will have to tuck your car tight against the hedgerow.
Access to the land containing the ruins is by a small footbridge with spring hinged gates crossing a narrow but deep ditch. The bridge at first view might look a little unsafe but it is actually quite sturdy. A short walk across the field brings you to the ruins. On the far side the land slopes downward from the castle giving it a more imposing look than when viewed from the roadside.
Entry to the interior is either by a breach in the wall or by the large gatehouse and once inside you can appreciate the true size of the inner bawn. All of the interior buildings have long since disappeared but there are many traces of them still to be seen. On the Northeastern wall there are a small set of worn steps leading to a dark chamber, possibly a former latrine Wont stay too long in there!. Scattered about in piles are rocks that have no doubt been assembled in the clean up operation by the OPW who now  have the ruins in their care.
On the Southeastern side it is possible with a bit of agility to climb atop the wall and get a view of what it was like to one of the sentry guards.
Ballymoon's location is a bit of a lonely spot and it can be a little eerie especially when the wind spirals around the courtyard. As usual we were the only ones visiting at the time but all in all it was a rewarding experience, especially as this is an unusual example of the architecture of that period.
To find the ruins, take the exit from the M9 Dublin to Waterford Motorway onto the R705. follow this road until you enter Bagenalstown. It can be a little tricky navigating through the town so follow the road called "The Parade" until you reach the junction with the R724 (Kilcarrig Rd). Take this road towards Fenagh and about 3 Km later you will see Ballymoon on your left. Park carefully to allow vehicles to pass safely.
Posted by Castlehunter at 20:31