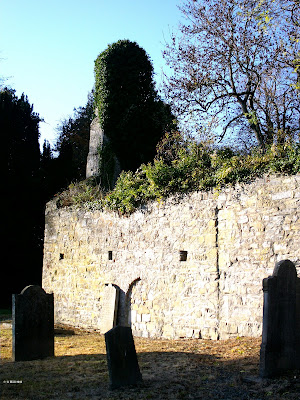 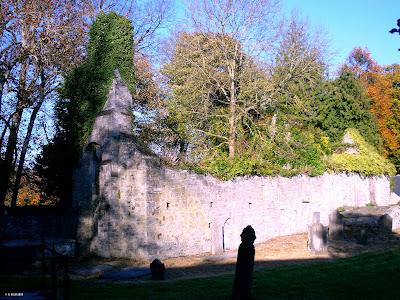 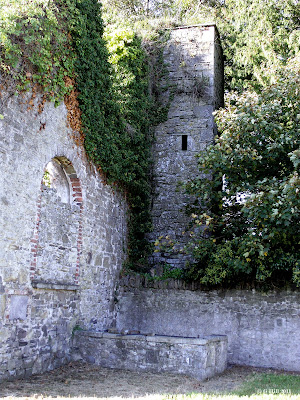 Above Image: One of the Castle's Towers 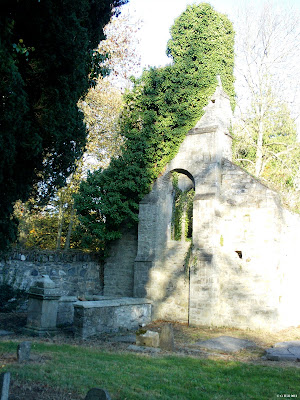 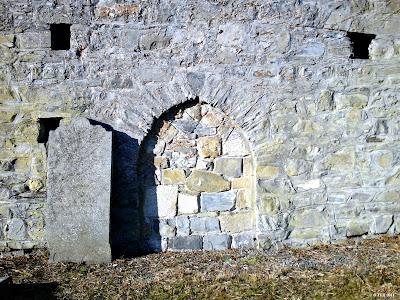 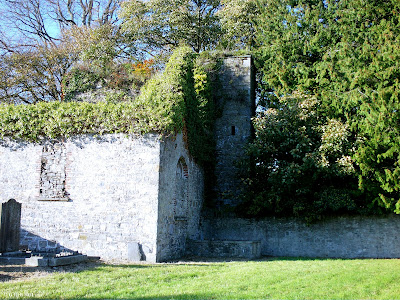 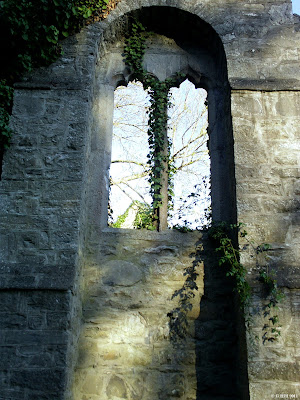 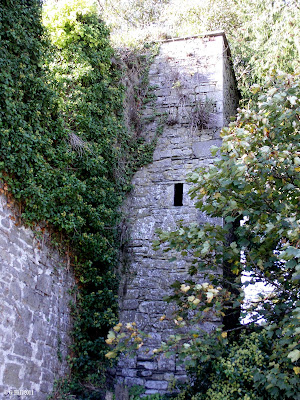 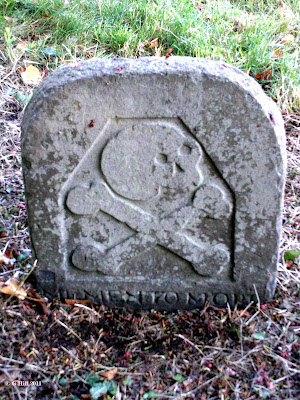 Above Image: Evidence of Freemasonry? The stone reads
"Memento Mort" 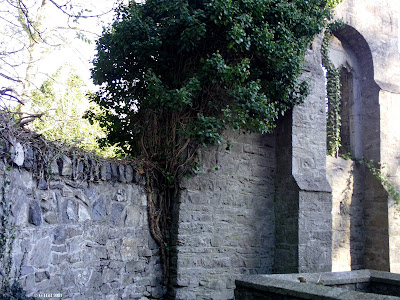 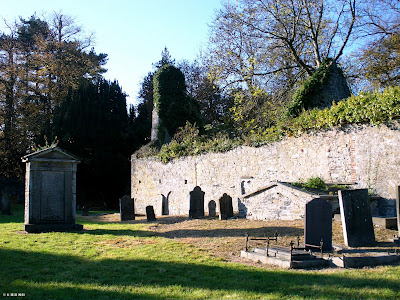 Below Image: The Ivy Covered Castle ruins nestle Behind
the Church 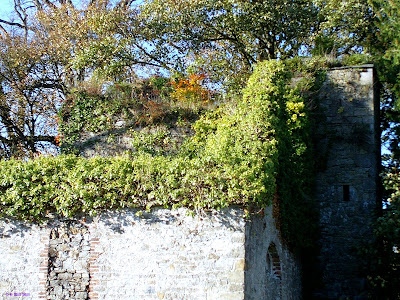 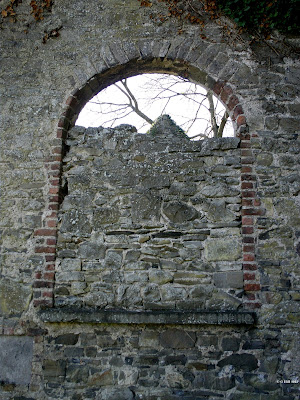 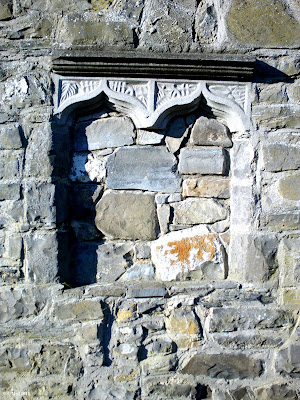 The lands of Lucan were granted to Waris De Peche by Henry II following the Norman invasion. De Peche built a fine Castle on the land and subsequently a Church which was adjoined to the Castle by a doorway. The Church is believed to have been constructed by De Peche for an order of Monks to which he was a patron. This order is believed to be The Canons of St Victor. In the early 1300's De Peche granted the Church to the adjoining Priory of St. Catherines just north of the Lucan Demesne. The church was dedicated to the Blessed Virgin. Records show that the Church began a slow descent into ruin in the 1600's.
The Castle itself changed hands many times during it's existence, one of it's occupiers being William Sarsfield. Later, under the ownership of the Vesey family, it was almost fully demolished to make way for a fine new house known to this day as Lucan House. Today it is occupied by the Italian ambassador to Ireland.
Finding the ruins is not hard but they are not clearly evident either. The remains of the Castle form part of the boundry wall of the Italian embassy and are on private land. The Church however, which is adjoined to the Castle ruin on it's southern side, is accessible through a narrow lane way beside O'Neill's Lucan Inn. We walked down to the end of the lane only to find the iron gate padlocked. This is of course common practice in sites such as this to deter any damage to the ruins by anti-social behaviour. It does however pose a problem to anyone interesred in getting close to seeing them. We decided to ask the Pub owner if there was anyone we could talk to about getting access and he said "Give me a few minutes". When he returned he told us that the gate was unlocked and we were free to enter. It would appear that he is the key holder but if you don't ask you don't get. We were very grateful and so set about looking around.
The ruins are quite large. The doorway and windows have unfortunately been bricked up but it appears that there is really only the shell of the Church remaining. The solitude in the grounds is quite amazing considering the busy Village just outside. The day we visited was one of those rare sunny days in November that feel like Springtime.
The Castle ruins can be seen clearly from the graveyard. They consist of a square two storied Tower with a Stair turret.The Turret is especially in quite good condition.
The graveyard holds the remains of the Vesey family and the oldest stone dates back to 1692. It's a pity that there is no further access to the Castle but at least you can get a good view without trespassing on Italian land and causing an international incident!
To find the ruins take the Junction 4 exit for Lucan Village from the N4 and join the Lock Road. At the crossroads at the end of this road, turn left and a few yards later turn right onto Main Street. Parking is available here and the Lucan Inn is on the left. There is an hourly charge for parking Mondays to Fridays but it is free on weekends. To gain access check with the affable owner of the Pub who should be able to assist.