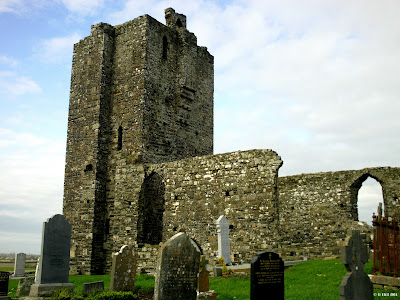 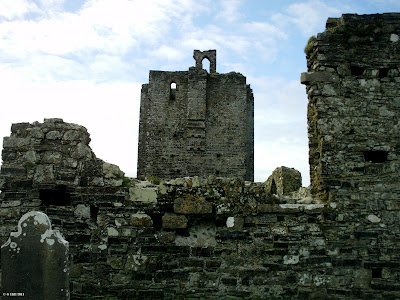 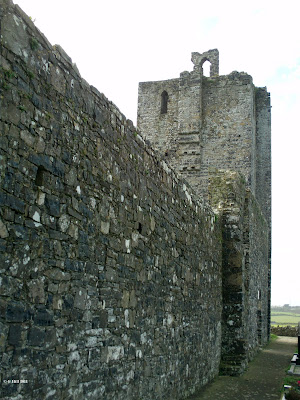 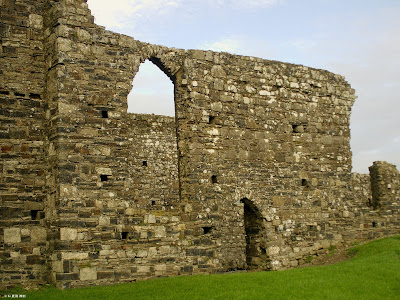 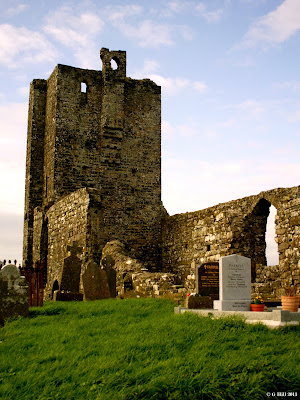 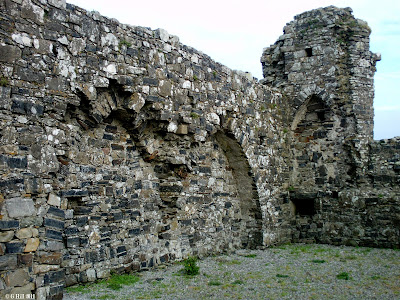 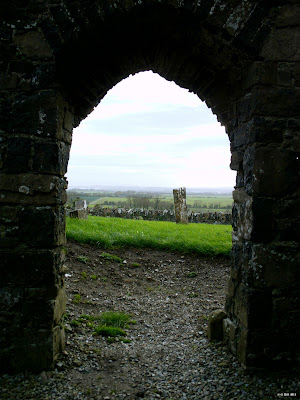 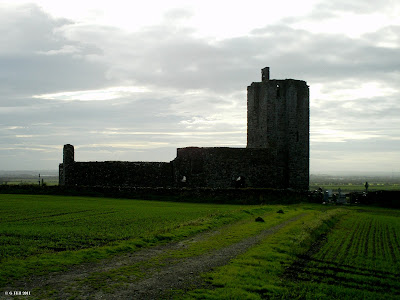 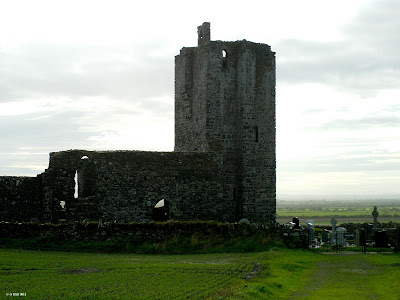 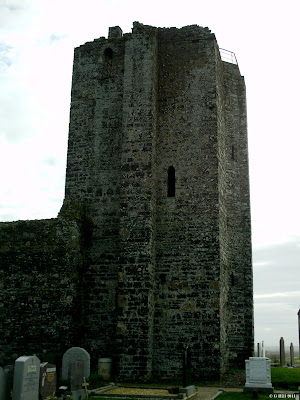 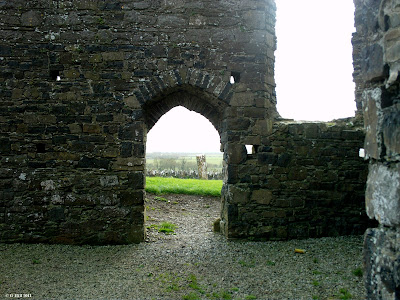 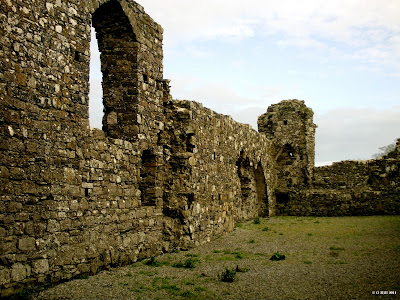 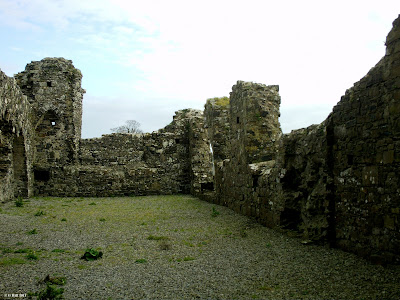 Baldongan Castle is a bit of a misnomer as it is in fact the ruins of a fortified Church. The original Castle which lay adjacent to the Church to the North-West has completely disappeared.
It was the Knights Templar who constructed the Fortress in the 13th Century. It was quadrangular with fortified Towers on each corner. The Church built in the 15th century was also furnished with a fortified Bell Tower. The Castle was the home of the De Berminghams and the Barnwells until the Cromwellian invasion. A group of assorted Irish anti-Parliamentarians called The Confederates held the Castle until 1642 when it was pummelled by the artillery of the forces of Colonel Trafford. All within were executed bar two priests who had thrown in with the Confederates.These men were tortured and finally deported to France. There is a local name of "Nuns Stood" given to a field close the ruins which where supposedly the Nuns of Baldongan stood watching the utter destruction of the Castle.
The Castle was left in ruination and over time has succumbed to the forces of Nature, The Church however although in ruins still stands imposingly over the North Dublin landscape. It's Bell Tower stands proudly 70 feet high  in a commanding position and silhouettes eerily against the sky.
We visited Baldongan on a very mild bright October day and followed all the signs which say "Baldongan Castle". The actual Castle must have been quite imposing for it's name to remain attached to the present ruins. However the Church is very much Castle-like and has a strange atmosphere about it. You approach the ruins by way of a stile in the fence running alongside a country road, The ruins are a bit out of the way but not too difficult to find. Once you have made a short crossing of a field you will come to a surrounding wall. Here there is an access gate as the graveyard that has surrounded the Church is still in use.
You can enter the ruins by a doorway and walk around inside. The arched doorway to the Bell tower remains locked, but I imagine that there must be access through a local key holder as there appears to be a railing of some sort on the top of the Tower.When we visited there was no one else about. Nothing new there.
To find the Church take the M1 from Dublin to Belfast. At Junction 4 take the exit for Skerries onto the R132. After a couple of miles take the right hand turn again for Skerries onto the R127. This will lead you to the Dublin Rd Roundabout. Take the right hand exit onto Rathmore Rd. You will need go straight through two more small roundabouts and then on followin fourth roundabout, turn right. The Third turn to the right will lead you after about a mile or so to the ruins. You can park outside at the field gate.
Posted by Castlehunter at 18:02