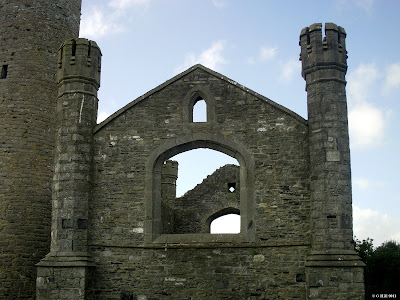 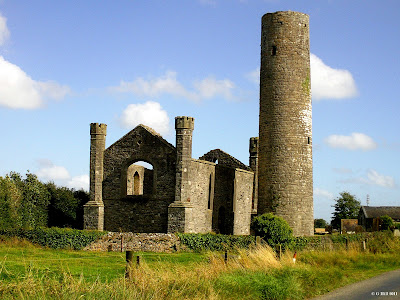 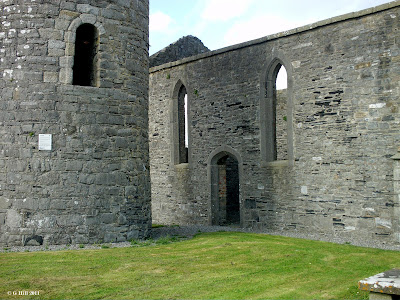 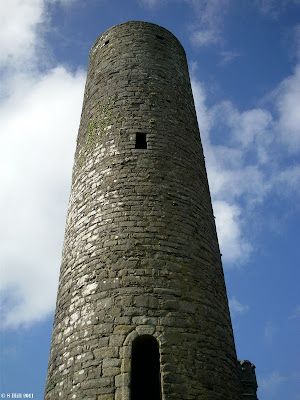 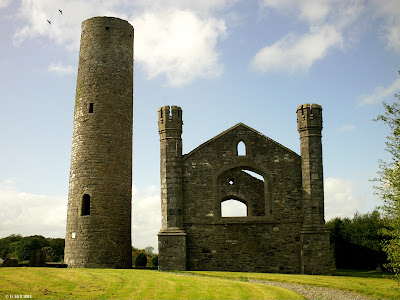 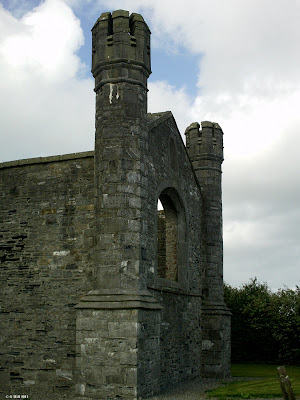 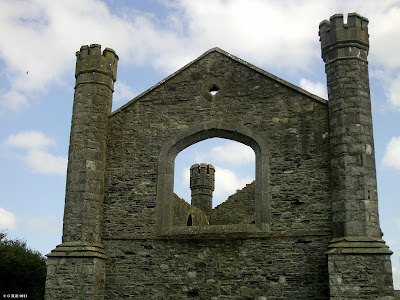 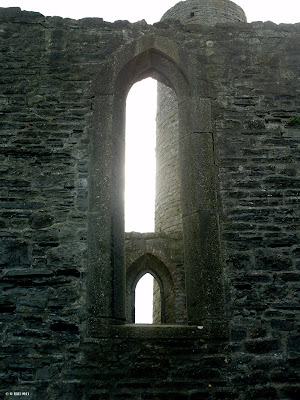 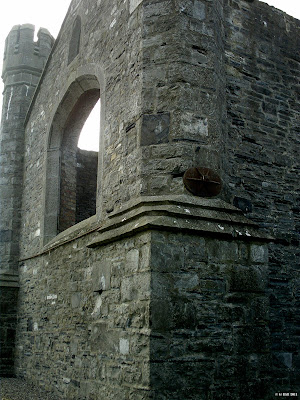 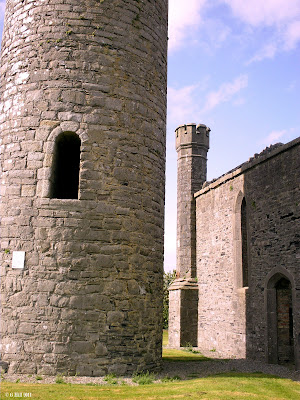 Above Image: The leaning Tower... 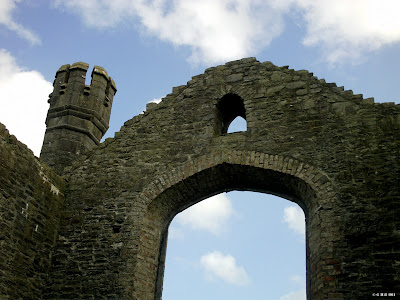 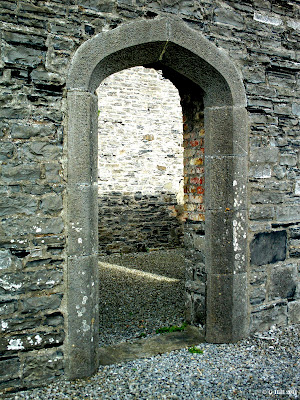 Above Image: The entrance door to the Church


In the Town land South of Maynooth lies the ancient Round tower of Taghadoe. There existed a monastic site here which dated back to the 6th century and is thought to have been founded by St. Tua. The Monastery became known in Gaelic as Teach Tua and this through the subsequent years formed the name Taghadoe. The Tower is all that remains of the Monastic site and it's sole purpose was to act as a defence against marauding invaders out to pillage the sacred possessions that the Monks held. The entrance door is 12 feet above ground and was accessible by ladder. The Monks would then raise the ladder and defend themselves through the one portal. The Tower remained in use for over 1000 years until it fell into ruin in the 17th century. Today it stands solidly 20 metres high but without it's conical top.
The nearby Church was constructed on the site in 1831 but most unusually remained in use for only 40 years. The Round Tower was used during this period as as a large coal bunker and a small door at the base was made to facilitate this and then later bricked up. The Tower was declared a National Monument in 1886.
We found Taghadoe on a quiet bend in the road off the R406 Straffan Road. It is set alongside farmland and there is a working cattle farm adjacent. Being set in this environment it is a bit of a shock to the system when you open the car door and get a major blast of that country air! There is also a gate adjacent to the site to which the whole area in front of it is a rough mixture of mud and cow pats, so tread carefully.!
We parked just outside the gates of Taghadoe, keeping the car as close to the wall as possible so that farm machinery using the field gate could get by. The main gate is chained and padlocked but there is the ever useful stile in the wall to the right of this gate for easy access. The grounds are well kept and you can enter the old Church easily. What is striking about the Tower is it's close proximity to the Church. It appears to be leaning slightly and I wonder if someday it will topple over and demolish the adjacent building!
The Church itself only 180 odd years old has the unusual feature of corner turrets and some very decorative stonework. It seems a shame that it didn't stay in use much longer as it was certainly built to impress and to last.
To find your way to Taghadoe, take the M4 out of Dublin and exit at Junction 3 For Straffan. On leaving take the first exit on the Roundabout for the R406 Straffan Road. Drive for Approx a mile and you will come to Taghadoe Crossroads. Turn right here and you will find the ruins on your right hand side about a half mile down the road.
Posted by Castlehunter at 13:48