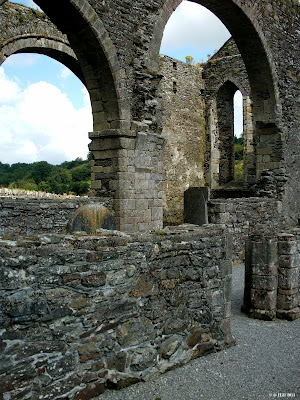 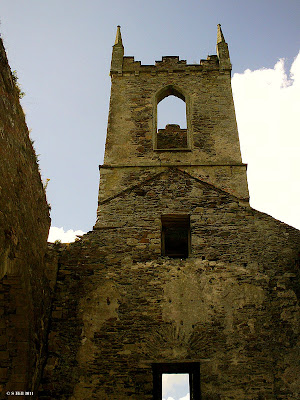 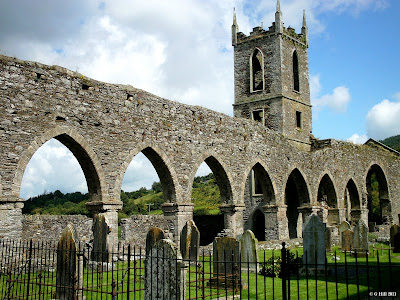 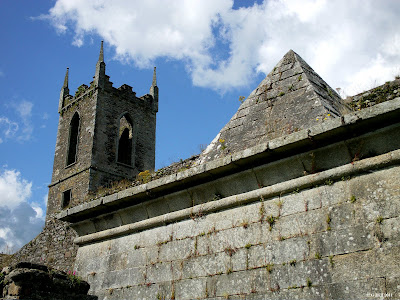 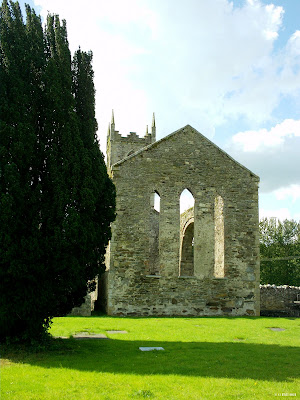 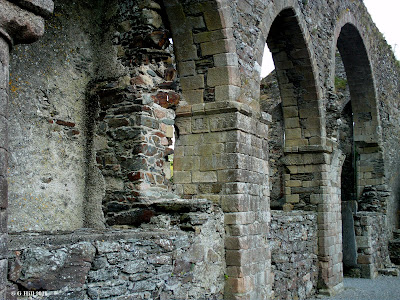 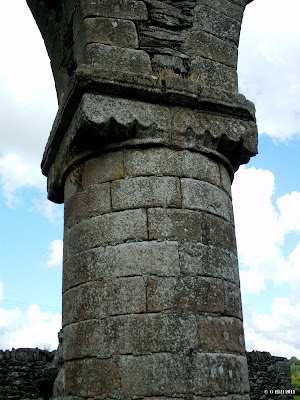 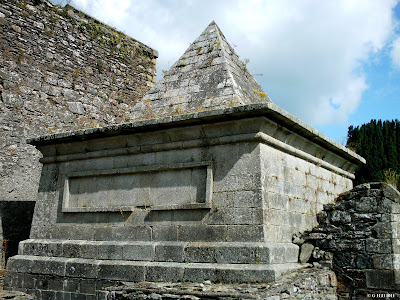 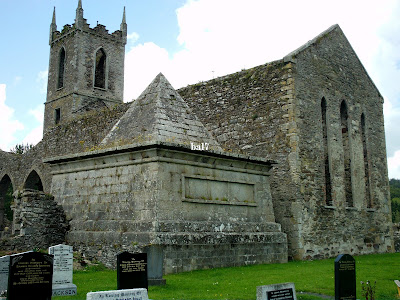 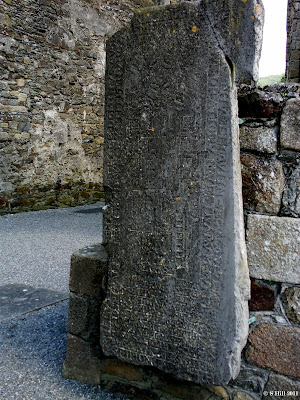 Above Image: One of the Stone Tiles 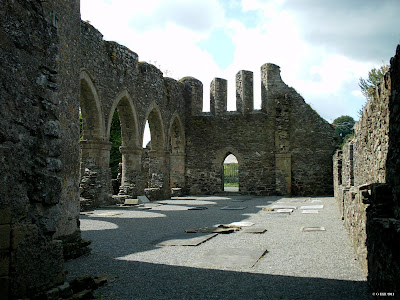 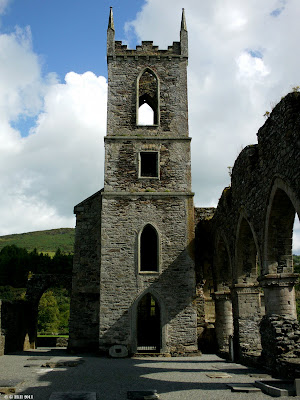 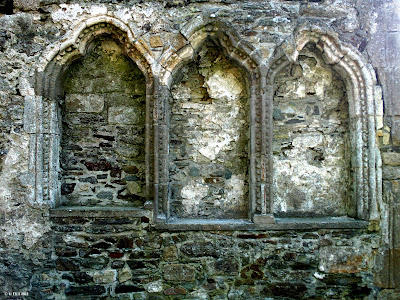 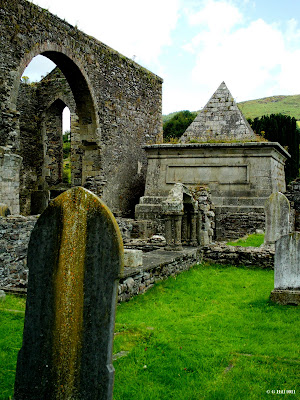 The founding of Baltinglass Abbey by Dermot McMurrough took place in 1148. It was established for the Cistercians. The order remained there until the Abbey's  dissolution in 1536 under the reformation by Henry VIII. A Protestant Church was built amongst the ruins in 1815 evident today by the remaining Tower, but it ceased use in 1883. The ruins lie adjacent today to St Mary's Anglican Church on the same grounds.
Our visit took place on a warm august day when the town of Baltinglass seemed bustling with activity. The town square was full of people and parked cars. Ironically for such a notable Abbey ruin, Baltinglass had only three visitors at that time....Us!
Parking was difficult in the town so we took the narrow road down to the Abbey which runs alongside the River Slaney and we managed to park quite near the gates of St Mary's Church. The actual entrance gate to the Abbey remained locked but the gate to St Mary's allowed access to the site. I have to say that the grounds are impeccably kept by the Glebewarden/Groundskeeper.
The majestic arches of the Abbey are it's most distinctive feature. There are both squared and rounded pillars standing to the sides of the aisles of the Nave. Some other features are the stone tiles decorated it is said by the master craftsman who also worked on Jerpoint Abbey. Some of these tiles have been placed for display so that you can get a close up view. To the side of the Church wall is a huge plinth with a large stone pyramid atop, which was constructed as a mausoleum for the Stratford family.
The Abbey lies in a very sedate and picturesque area of the town on the banks of the River Slaney and we wandered around for about an hour taking in the wonderful detail of the stone masonry. At one point the groundskeeper arrived to cut the grass on the lawns and seemed nonchalant to our presence, but nodded at us when we were leaving.
To find the Abbey, take the N81 from Dublin to Tullow and when you reach Baltinglass turn left at the crossroads and go over the Bridge. On the far side of the Bridge take the first left turn along the River. This will lead you directly to the Abbey.
Posted by Castlehunter at 20:47