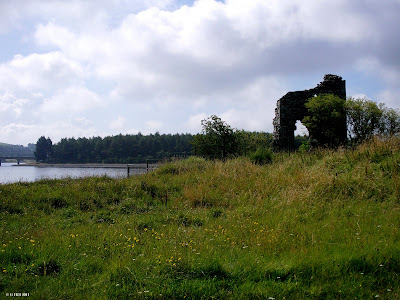 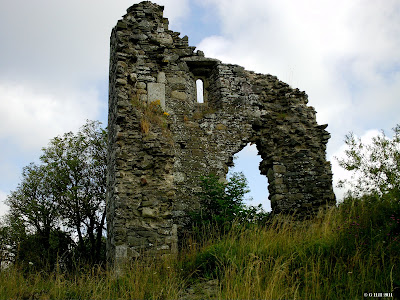 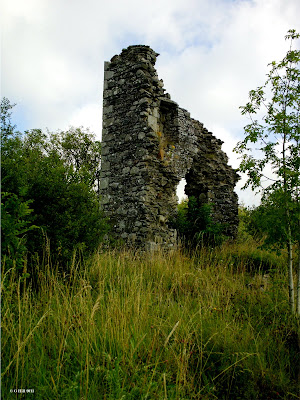 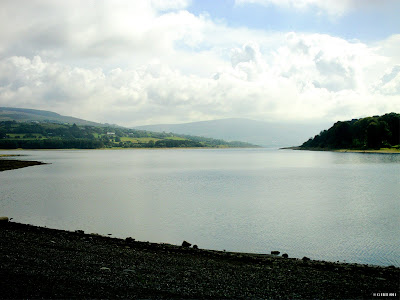 Above Image: The view of the Lake from the Castle ruin 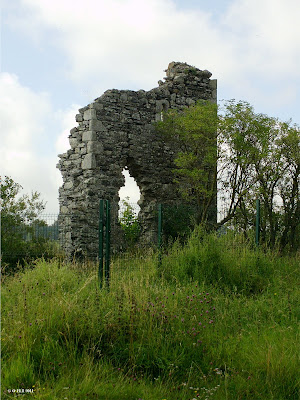 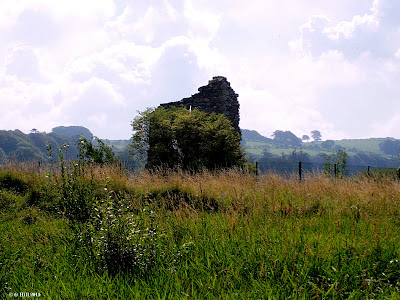 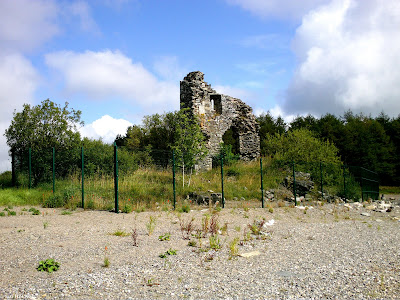 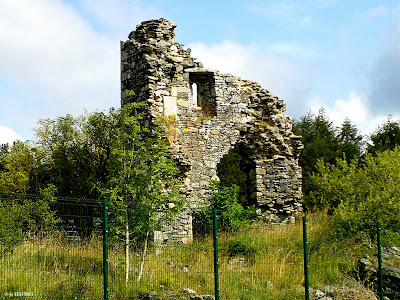 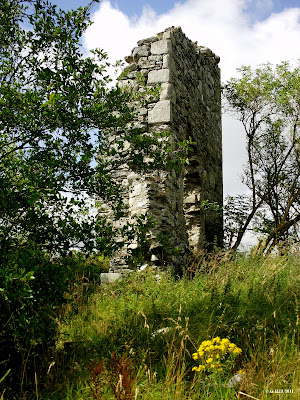 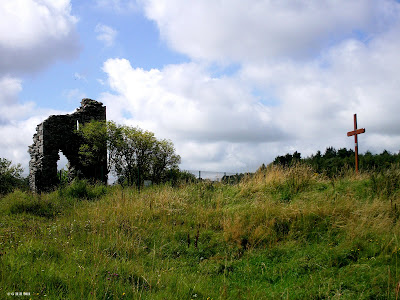 Above Image: The memorial Cross to the right of the Castle


Just about a half mile from the West Wicklow Village of Blessington lie the ruins of Burgage Castle.The scant remains crumbling away are now fenced in for safety reasons.The Castle, a Tower House, is thought to have been built around Norman times and sits adjacent to a very ancient ecclesiastical site called Burgage More which was abandoned in the 1400's. Fragments of an old Church now remain beside the Tower ruins.
In 1940 the area was flooded to create a reservoir for Dublin water supply and as a means to aid the Hydro Electric power station at Poulaphuca. At the time graves on the site were transported across to the other side of Blessington, and a tall cross now remains as a memorial to the site..
The Castle ruin now only consists of one wall and although not much to see, is in a very picturesque and photogenic spot. I believe that ruins such as Burgage should be documented as much as possible as they may soon disappear forever.
Access to where the Castle ruin is situated  through two iron gates which have pedestrian gaps to the side.A quick 6-8 minute walk along a well worn trail will bring you down to the lakeside. There are marvellous panoramas of the Lake and Mountains to be seen and although close to the Lake now, the Castle must once have stood in meadowland overlooking only the River Liffey.
To find the ruin, take the N81 from Dublin to Blessington. Just past the main street in Blessington, there is a left hand turn onto Troopersfield. This leads directly onto Burgage road which narrows to a lane way near it's end.
There are private houses here and parking is restricted for local access, so you will need to park a little away from the entry gate that leads to the shore.

Many Thanks to Max Chevers for his very informative comment. See Below.
Posted by Castlehunter at 20:35