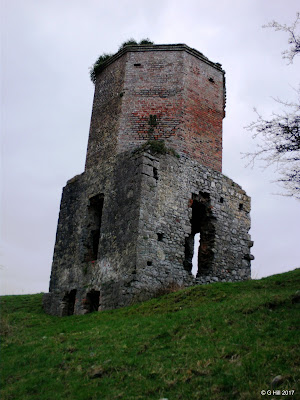 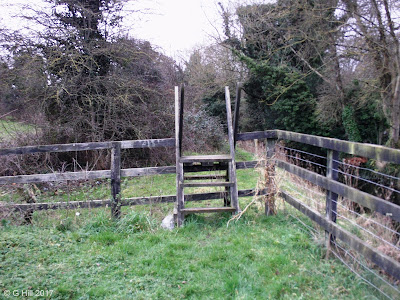 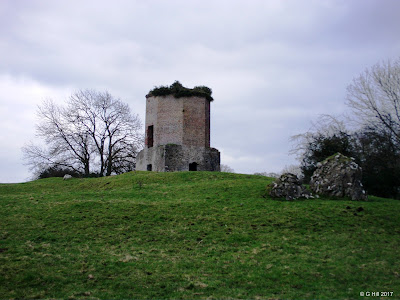 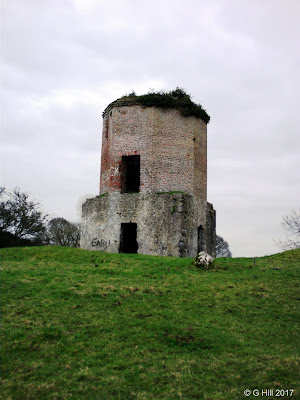 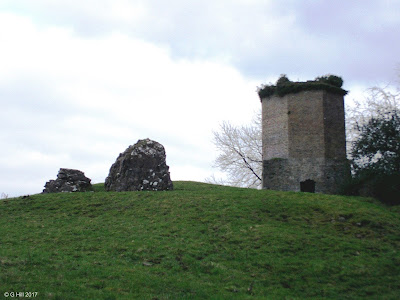 Above & Below Images: Rock outcrops or castle remains? 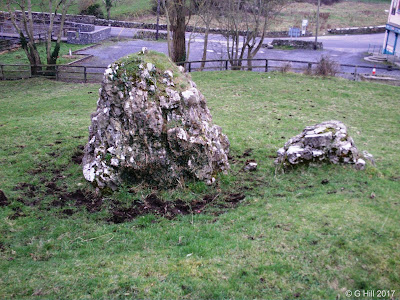 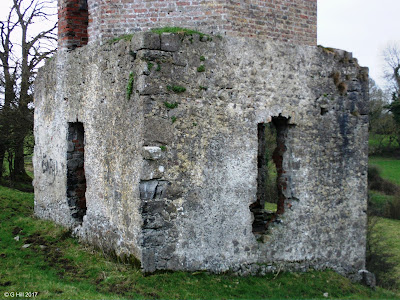 Above Image; The older square base section 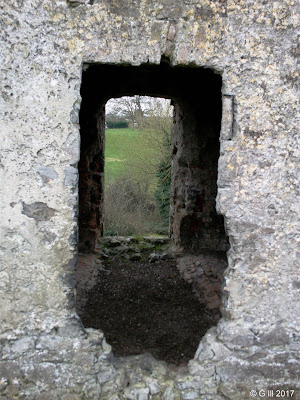 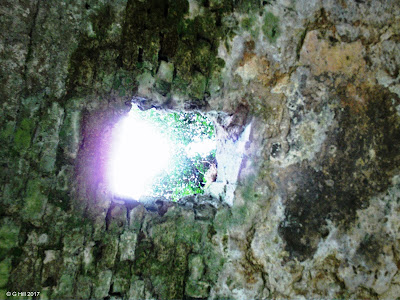 Above Image: Looking up within the tower 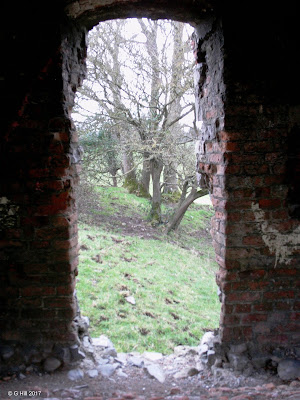 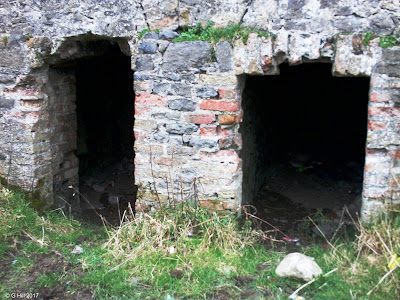 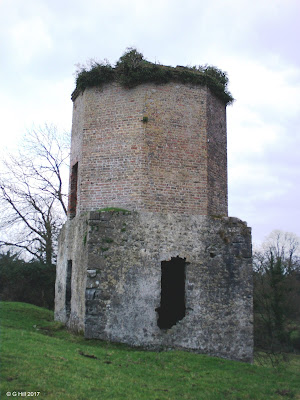 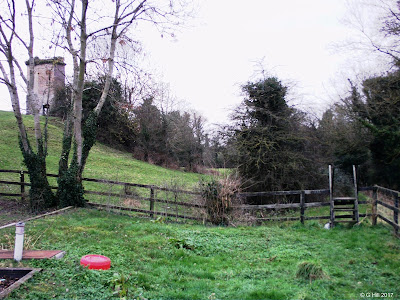 Sometimes called Nurney Castle this is in fact not the actual castle remains which disappeared many years ago. They were situated beyond the opposite bank of the river that was once part of a millrace.. However there may be some relation between the two as this structure appears to have been built in separate parts. The lower section with its four rudimentary apertures (not quite doorways) is constructed of an older stone cobbled together not unlike the fashion of medieval tower houses. It may have been an outpost of the nearby castle and situated on Pigeon hill as it is gives a commanding view of the area. On the South side of the tower there are two lower apertures that seem to lead into a small chamber beneath giving more credence to this being of use than it is considered today. The upper section is constructed of redbrick and looks more modern probably dating to the 19th century and was fashioned to be a pigeon house probably giving name to the hill upon which it sits. It’s a most unusual looking structure and when you step inside you can see how the tower above tapers to a window to the sky. Little information is forthcoming about it and its origins, the locals call it the pigeon house but I would like to think that it is somehow connected in part at least to the now non extant castle. The hill itself looks to all intents and purposes to be a motte on which a Norman fort would have stood. Whether it is a natural formation or man built is again unclear. On the West facing side of the hill a couple of large boulders jut out of the ground. Again these might be remnants of part of a fortification now long gone or a natural rock outcrop which could rule out the hill being man made as there would be no purpose in placing them where they are. Speculation abound then but I continue to seek more information and perhaps somebody out there might know the truth behind this mysterious structure. Across the road and a few yards South there are the remains of the medieval church covered in an earlier post here. Access to the tower can be made easily by parking in the car park opposite the modern church and just cross the little wooden bridge over the river adjacent to the car park. A couple of stiles are all you need to navigate to reach the base of the hill.

To find the ruin take the Junction 13 exit of the M7 motorway and take the R415 signposted for Nurney. Drive for approx. 6KM until you enter the village of Nurney. Look for the modern church on your right where you will find car parking spaces opposite. The ruin is on the hill behind the car park.