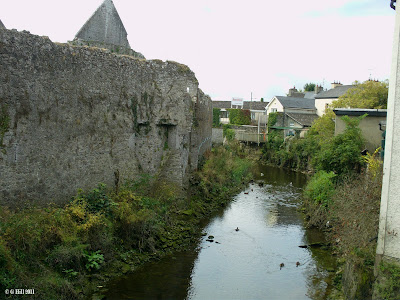 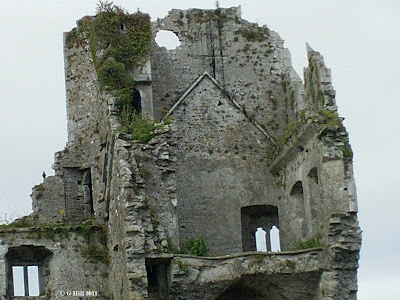 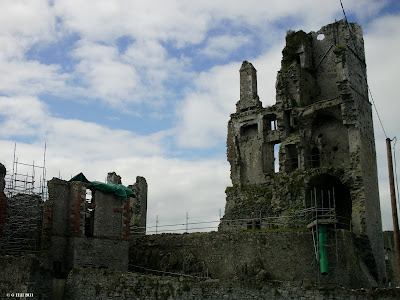 Askeaton Castle was built by William De Burgo in 1199. It stands on a small island in the River Deel. During the Desmond rebellion in 1580 the walls were blown when news was heard of the of the fall of nearby Carrigafoyle Castle. It was finally dismantled as a viable fortress by Cromwellian forces in 1652. The shell remains today but there are fragments of a 13th century wall and a 15th century Banqueting hall. The castle stands by the bridge in Askeaton and is surrounded in this wonderful little heritage town by it's own Hellfire Club to the east and the nearby ruins of the Franciscan friary built in 1389. When we visited, the castle was closed to the public as some structural renovation was being conducted but we were regailed with all sorts of information by a very helpful lady in the tourist office by the bridge.
To reach Askeaton take the N69 from Limerick. Parking is readily available near the tourist office.
Posted by Castlehunter at 20:02