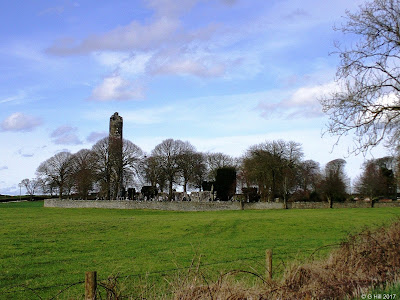 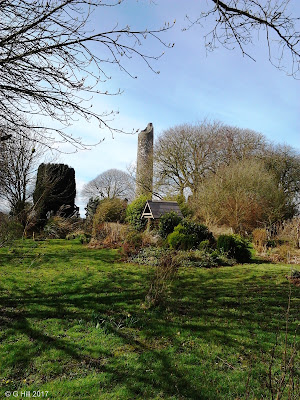 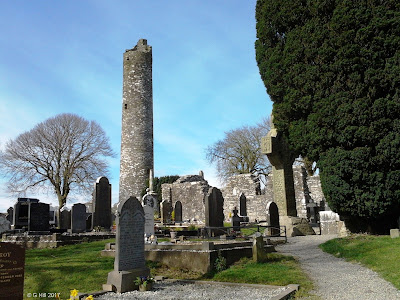 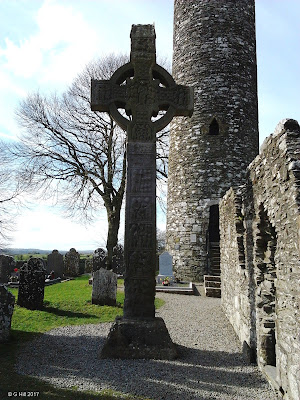 Above Image & Below 2 Images: the West cross 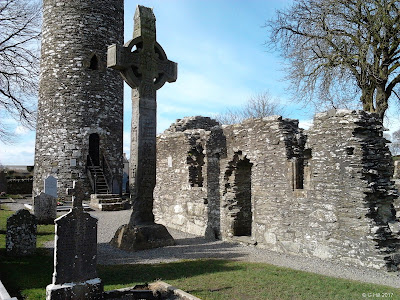 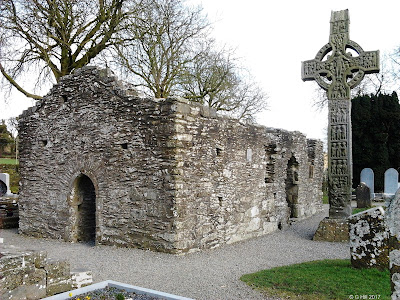 Above & Below Image: One of the two church ruins 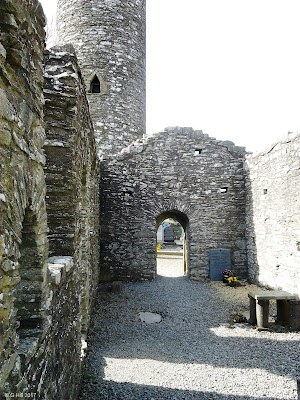 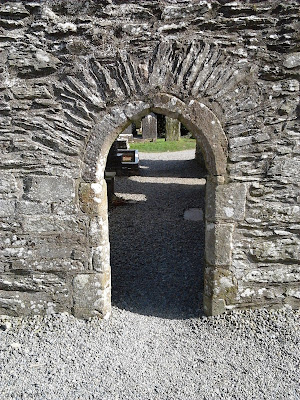 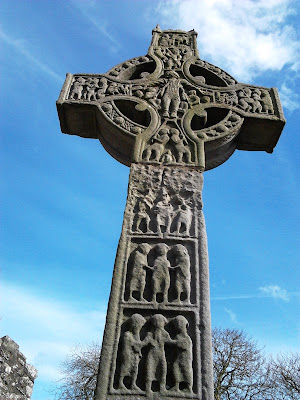 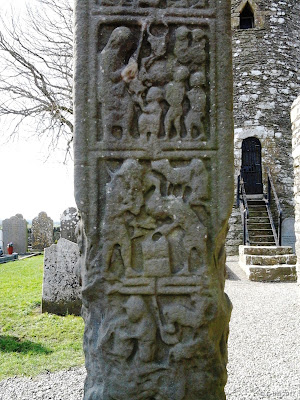 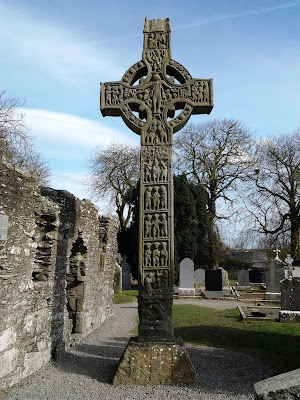 Above 3 Images: More of the West cross 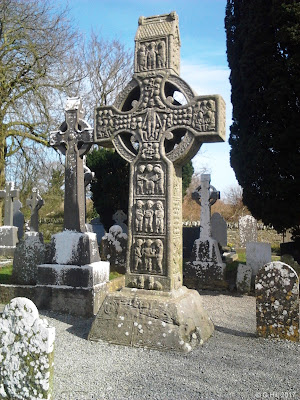 Above & Below Images: Muiredach's High Cross 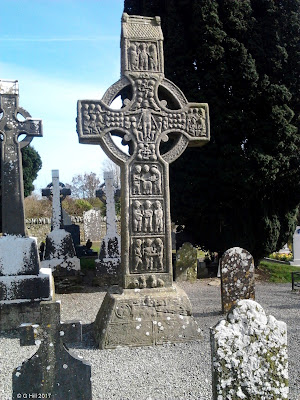 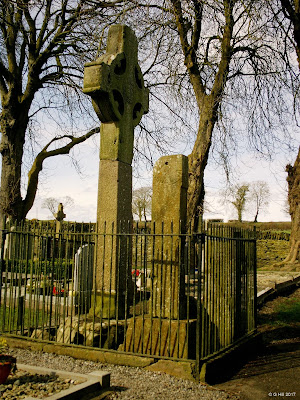 Above Image: The North cross 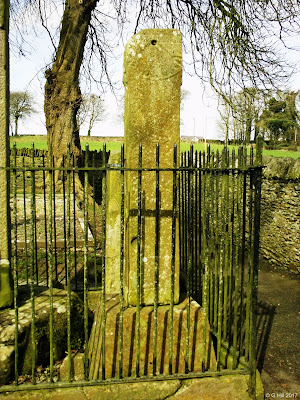 Above Image: Original shaft of the North cross

We paid a visit here on the same day we visited Mellifont (see earlier post here). It is located down a winding country back road but is well enough signposted. These are the ruins of an early Christian settlement and one of the most striking places I’ve seen. It was founded by St Buithe (a follower of St Patrick) in the fifth century and was an important centre of learning until it was superseded by nearby Mellifont in the 12th century. The round tower which was then a refuge from attack and a receptacle for the monastic library was burned in the late 11th century but it still remained steadfast and new churches were added on long after that event. The site has now been surrounded by more modern graves and an oval shaped enclosure wall. The most dominant feature is the round tower standing approx. 90 feet high although it is missing its conical top. There is a stairway built up to the door but it is not possible to access the interior. The site contains the ruins of two churches circa 14th century. The one furthest South is the older of the two but both are very basic and ancient structures.

Perhaps the most notable features at Monasterboice are its 10th century high crosses. Muiredach's High Cross is probably the finest example in Ireland. It stands approx. 18 feet high and is finely decorated with depictions from the bible. It is named after the Abbott Muiredach mac Domhnaill who died in 923.
The cross known as the West cross is an impressive sight. It is the tallest high cross in the country at approx. 21 feet in height and is also finely carved throughout although a little more weather worn. It stretches upward beside the round tower as if it was in competition with it.
The North cross standing at approx. 10 feet in height is unfortunately not as decorative as the others but is nonetheless interesting. It stands now in an enclosure along with some other items from the site including remnants of a sundial and a bullaun stone. The shaft of this cross has been partially replaced as the remains of original shaft which also stands in the enclosure was damaged at some time in the past. The cross head itself is very nicely carved and still in good condition.
This is a very interesting and atmospheric site we spent ages wandering about it and it can be nicely coupled with a visit to Mellifont as well.  We made the visit on Good Friday when it was quiet and almost devoid of people only a couple of other interested parties soaking up the culture.


To find Monasterboice take the M1 heading North and exit at junction 10 for Drogheda. At the roundabout at the top of the ramp take the 2nd exit onto the R168 and drive for approx. 5.5KM until you reach Nursery cross where a road to the right is signposted for Monasterboice. Drive down this road for approx. 1.5Km where the road forks to the left and is signposted again for Monasterboice. Turn onto this road and drive for approx. 1.5Km and you will spot the round tower on your left. There is ample parking opposite the site or if the gate is closed you can park at the entrance gate of the site. Access through the gate if open or otherwise by a stile on either side of the gate.
Posted by Castlehunter at 14:08