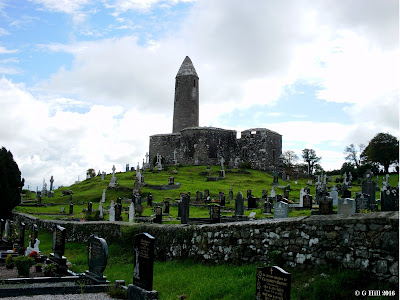 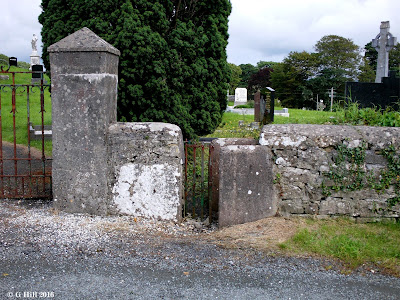 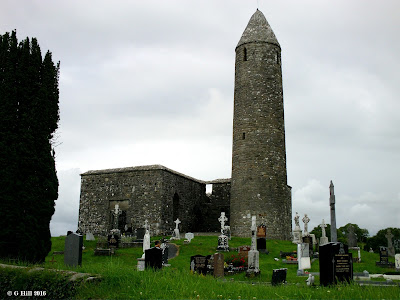 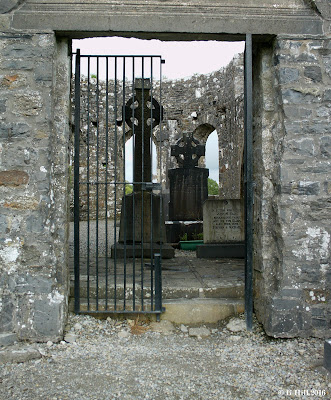 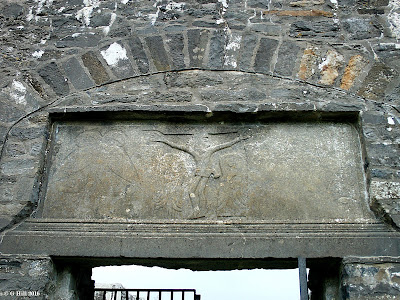 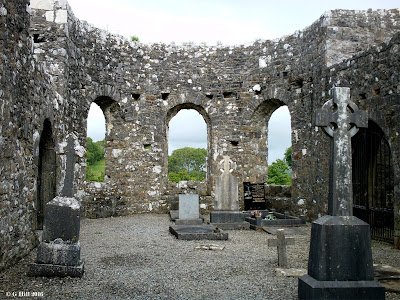 Above Image: The Chancel 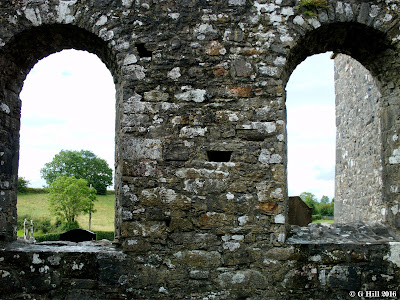 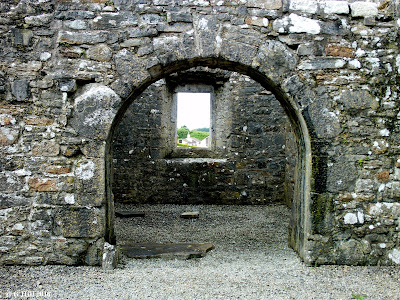 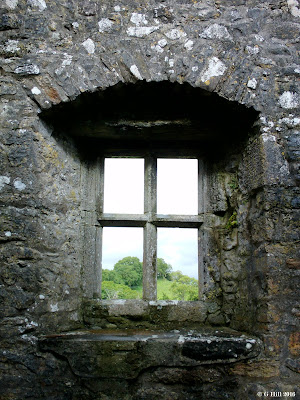 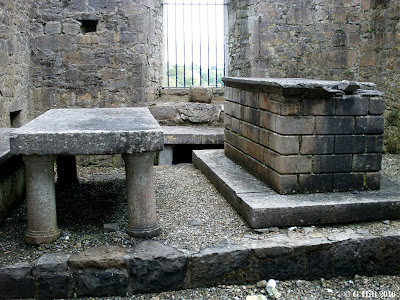 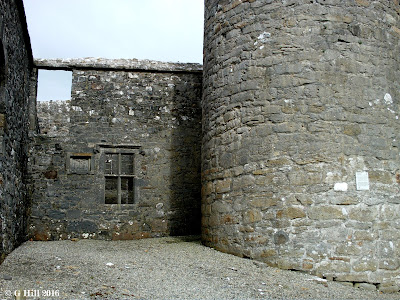 Above Image: Second crucifixion plaque to left of window 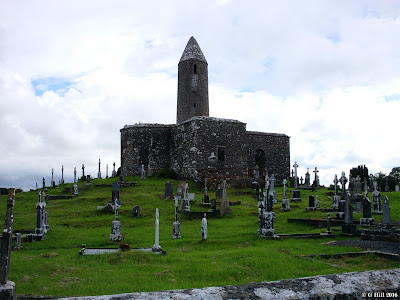 We came across this impressive ruin quite by accident. On returning to Castlebar from Straide where we had been visiting Ballylahan Castle (see earlier post here ) when I just happened to see a road sign for the Abbey as we whizzed by the junction. So never one to miss an opportunity I turned back so we could take a look.
The ruins are of varying antiquity. The original site is thought to have been founded by St Patrick in 441 and was under the auspices of the Bishop of Armagh but none of the original Abbey buildings are in left in existence so the term Abbey today really refers to the original site. A very striking but lower than normal size round tower was constructed in the ninth century and stands at about 68 feet tall and is quite wide at the base roughly 17 feet in diameter. The original entrance door now blocked up stands at approx. 12 feet above ground level. There is another door at ground level now also inaccessible that would seem to indicate that the monks must have used the tower for some different purpose later on and needed easier access. The conical top of the tower had partly fallen into ruin but  was repaired in the late 19th century. The original Abbey was dissolved in 1635 and the lands passed to John Fitzgerald originally of Kilkenny who was transplanted from there to Mayo and given nearly half of the estates of Colonel Walter Bourke of Turlough who lost the lands after the Battle of Aughrim. it was Fitzgerald's family who constructed the present Church in the late 17th or early 18th century.
The rather plain walls belay a very sturdy cross shaped Church with triple round headed windows in the semi-circular shaped chancel area.
Above the main entrance door is a carved stone crucifixion plaque and there is another on the Southern transept beside a window in the West facing wall between the Church and the base of the round tower. These plaques were usually produced to be used in secret worship during the repression of Catholicism in Ireland. One of the plaques is dated 1625.
Placed within the ruins is the tomb of George Robert Fitzgerald which is dated 1786 attesting to the Fitzgerald influence on the Church construction.
The ruins sit on elevated ground in the middle of the rectangular graveyard enclosure and are a very very striking feature on the surrounding landscape. Even though they are away from the main road they still attract quite a few visitors as we found out on our own visit.

To find the ruins take the N5 from Castlebar towards Dublin and approx. 9KM out of Castlebar you will come across a left hand turn signposted for Turlough Abbey. Turn left and continue for approx. 375m until you reach a crossroads. Go straight through the crossroads and approx. 200m along you come to a fork in the road and the main road veers to the right. Continue on the main road for approx. 150m and you will arrive at the graveyard enclosure containing the ruins. There is ample space for parking outside.