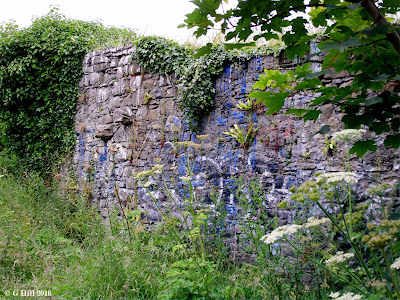 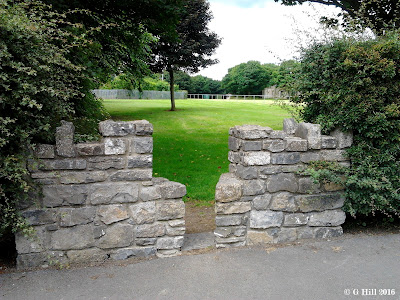 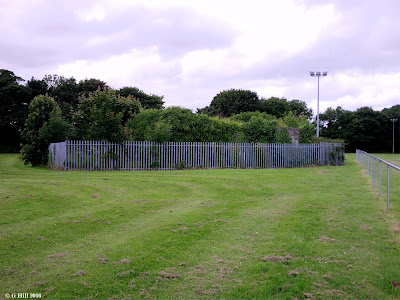 Above & Below Images: The Enclosure & the entry point 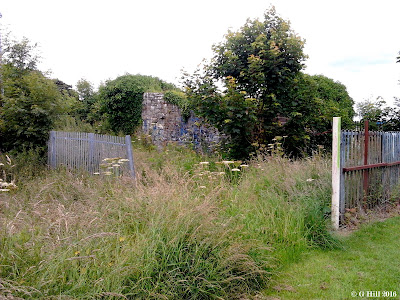 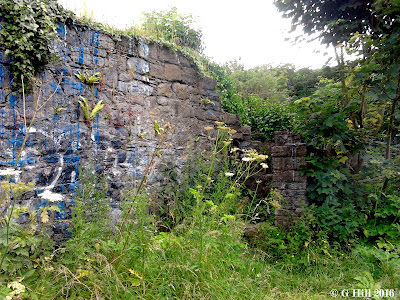 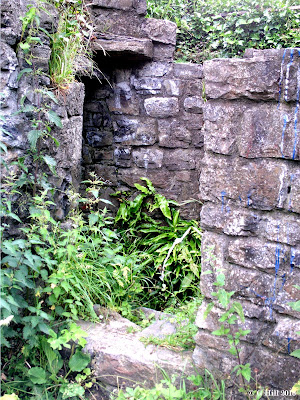 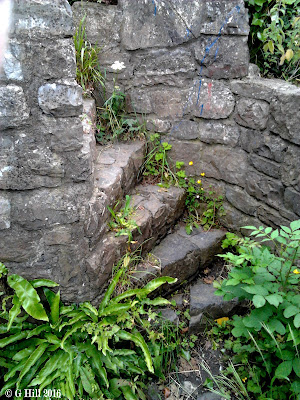 Above Image: Remains of spiral stair 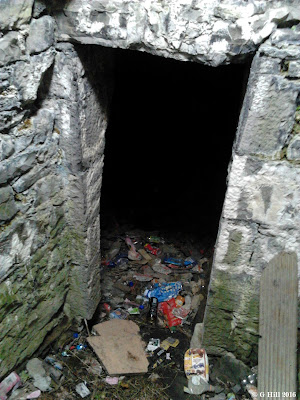 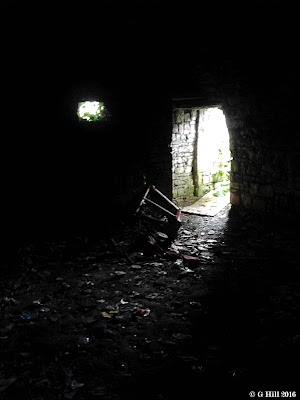 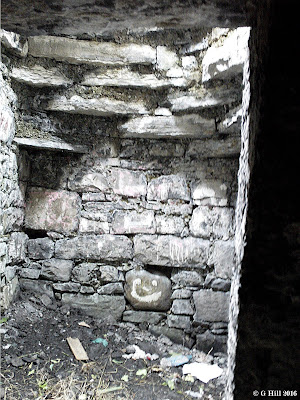 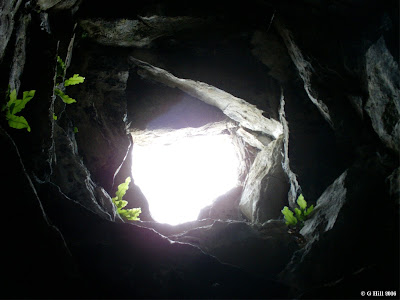 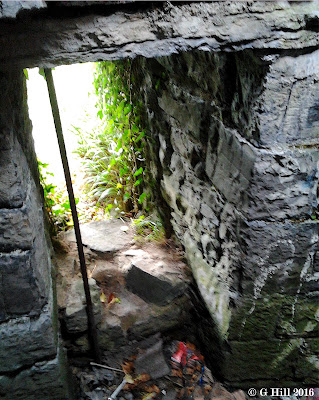 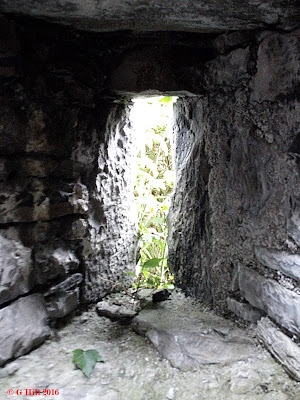 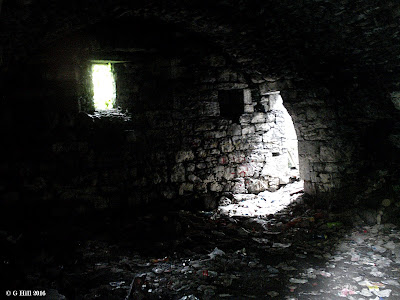 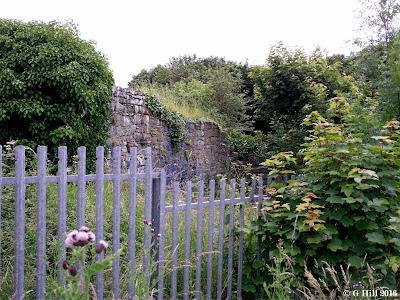 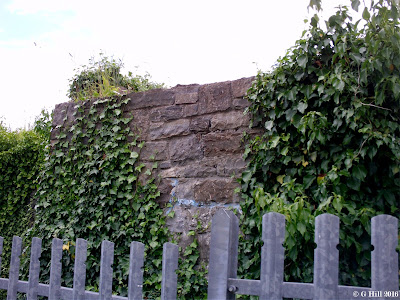 I was recently in the area of Rush visiting a few of the ruins there such as Kenure Portico and Old Kenure Church (both previous posts here  & here ) but it was only on researching an ordnance survey map for the post on Kenure Church that I discovered that there were the remains of a Castle that I hadn’t been aware of and it was literally across the road from the Church. So recently on a drive back from Skerries I diverted to try and locate this ruin. I found the road leading into St Catherine’s estate which had the Church ruins on the left. On the right side was a low boundary wall surrounding the playing field of Rush Athletic F.C. There are two small pedestrian gaps in the wall and I discovered that the one further West led directly to a fenced off Ivy covered ruin to the left of a white spectator barrier. I have to say it’s in a bad state. The Council erected the fencing because of anti-social behaviour and so the ruins have just been let go to ground somewhat. I circumnavigated the fence only to find that at the rear part of it had actually been knocked down. Poking around a bit I saw the remains of a spiral stair leading nowhere as the remains now are only about six or seven feet high but below it was a doorway that looks as if it led into a vaulted room. I suspect this to be the original ground floor of the castle and not the basement as the land level around it has probably risen over time. It was mostly dark inside with light just streaming in from a single window aperture , a small adjacent chamber and the doorway I was entering from. I went in with some trepidation and was glad I was wearing some decent boots as the floor inside was strewn with broken glass and flattened plastic bottles. Hardly remnants of battle. It’s so disheartening to see an historical site in such a state no matter how small it is. I don’t really blame the Council they tried to protect the structure from vandalism but this could be an interesting place if cleaned, maintained and more importantly respected by those visiting. Across the vaulted room another doorway led to a small chamber which looks as if it might have been a kitchen area because above you the walls taper into what looks like a chimney. This appears to be the highest point remaining. Most of the other walls have been diminished a lot above ground but I still got a sense of history here. Of its origin it’s hard to determine. It could be a Butler Castle as the lands in this area were granted to Edmund Butler in 1315 when he was created Earl of Carrick. Or indeed it could be one of the numerous £10 castles built in the early 15th century to defend the pale, although I’m not sure that the Irish Clans such as the O’Tooles and O’Byrnes made coastal attacks and most of these type of castles were built on the inland perimeters of The Pale.


To find the ruin take the R128 heading Northwards from Lower Main Street in Rush. This is the road opposite Hackett's Victuallers. Drive for approx 1.8Km until you reach the old graveyard on your left. There is a left hand turn just past this with a sign pointing to St Catherine's Estate. Turn left and park a little way up this road which is called The Drive. You will see the boundary wall with pedestrian gaps opposite. Enter by the gap furthest in.
Posted by Castlehunter at 12:06