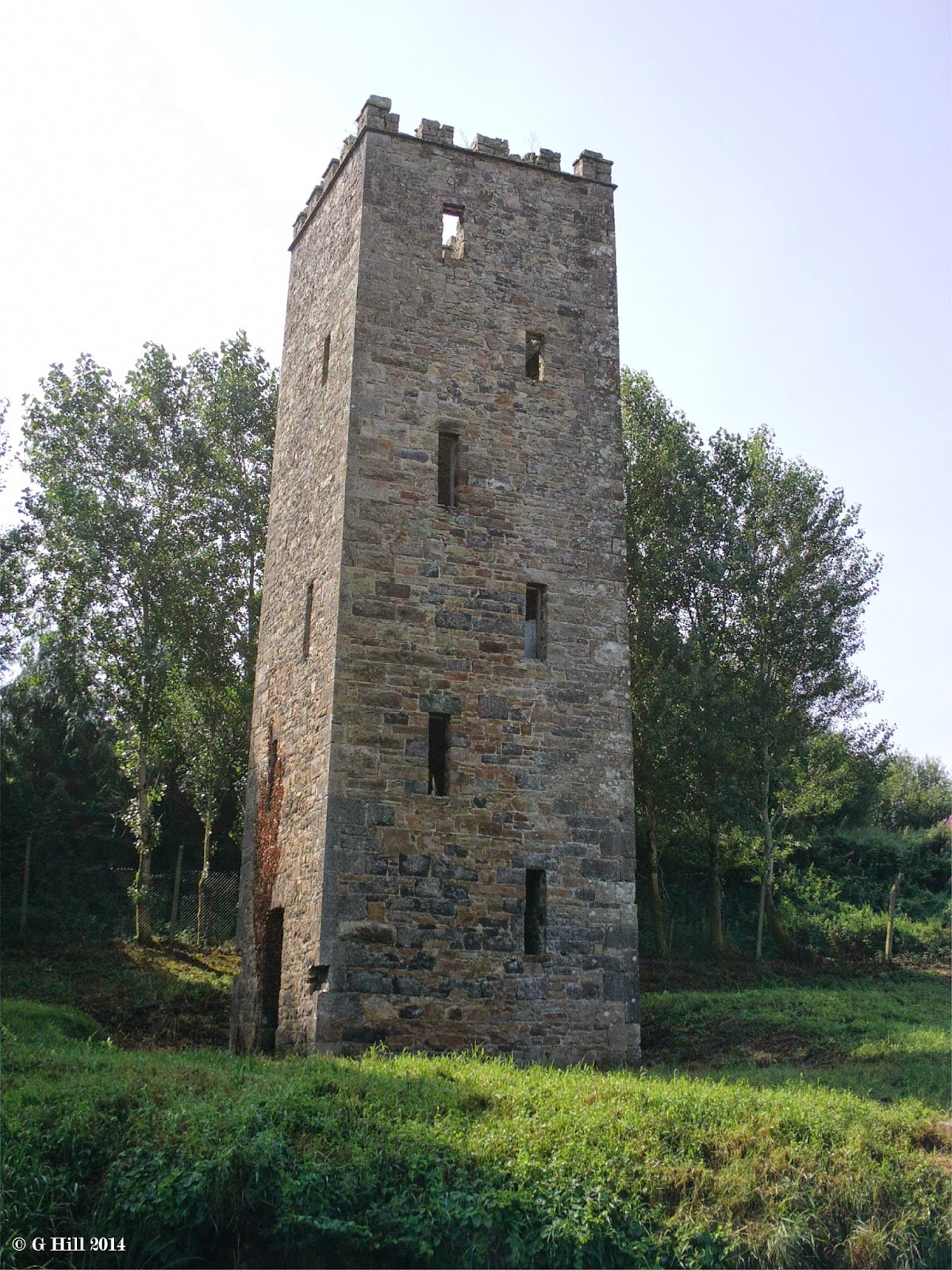 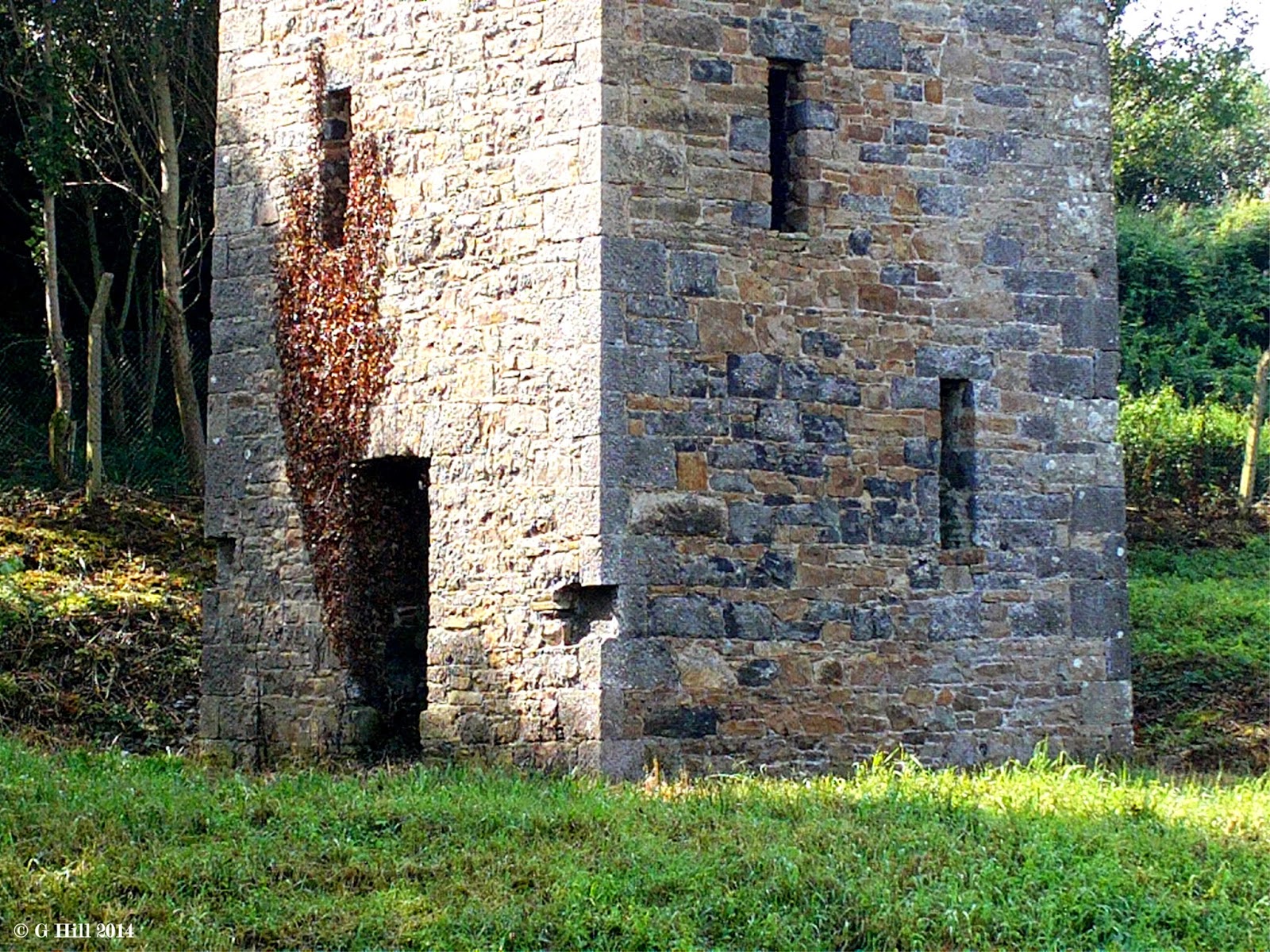 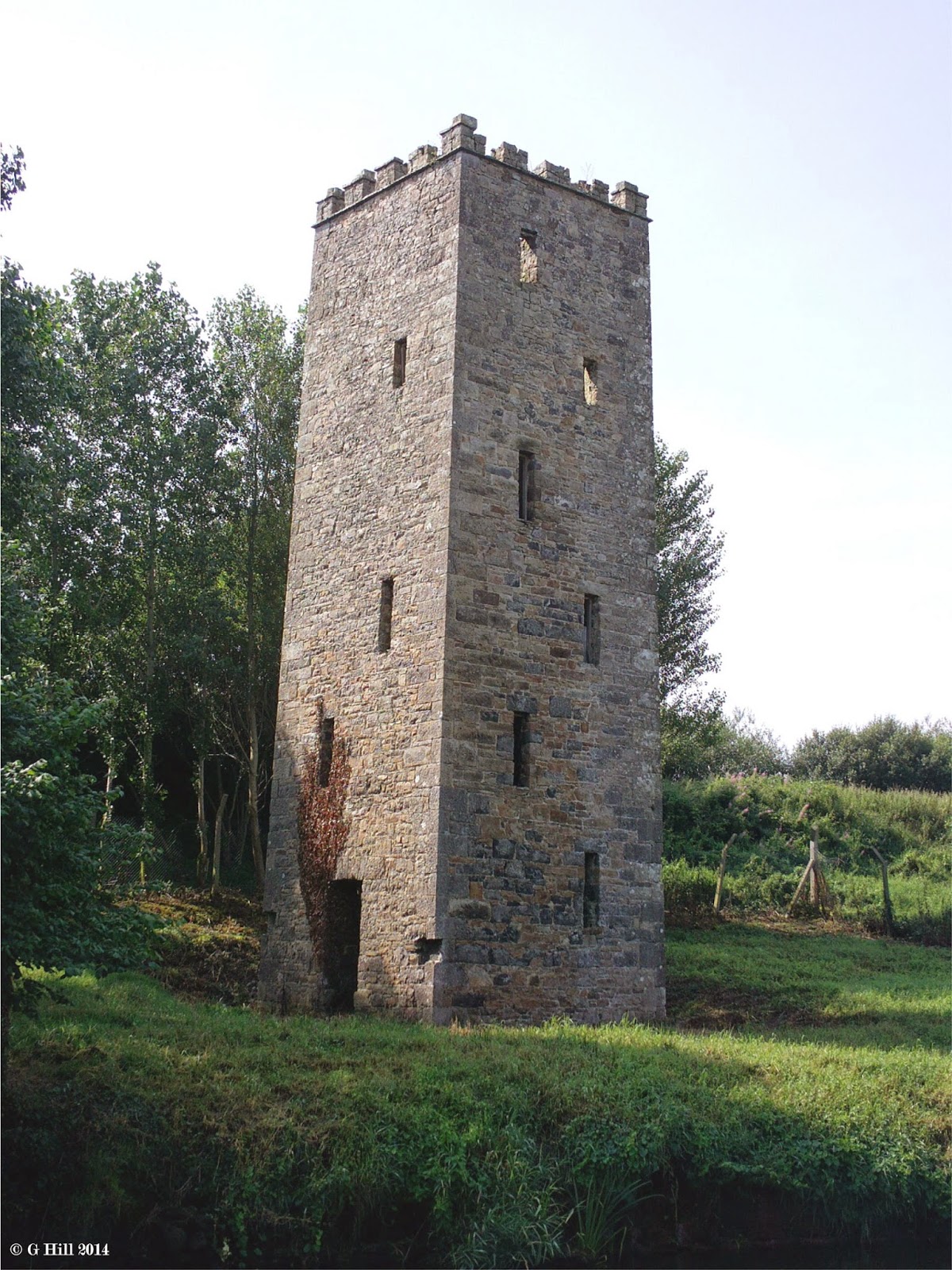 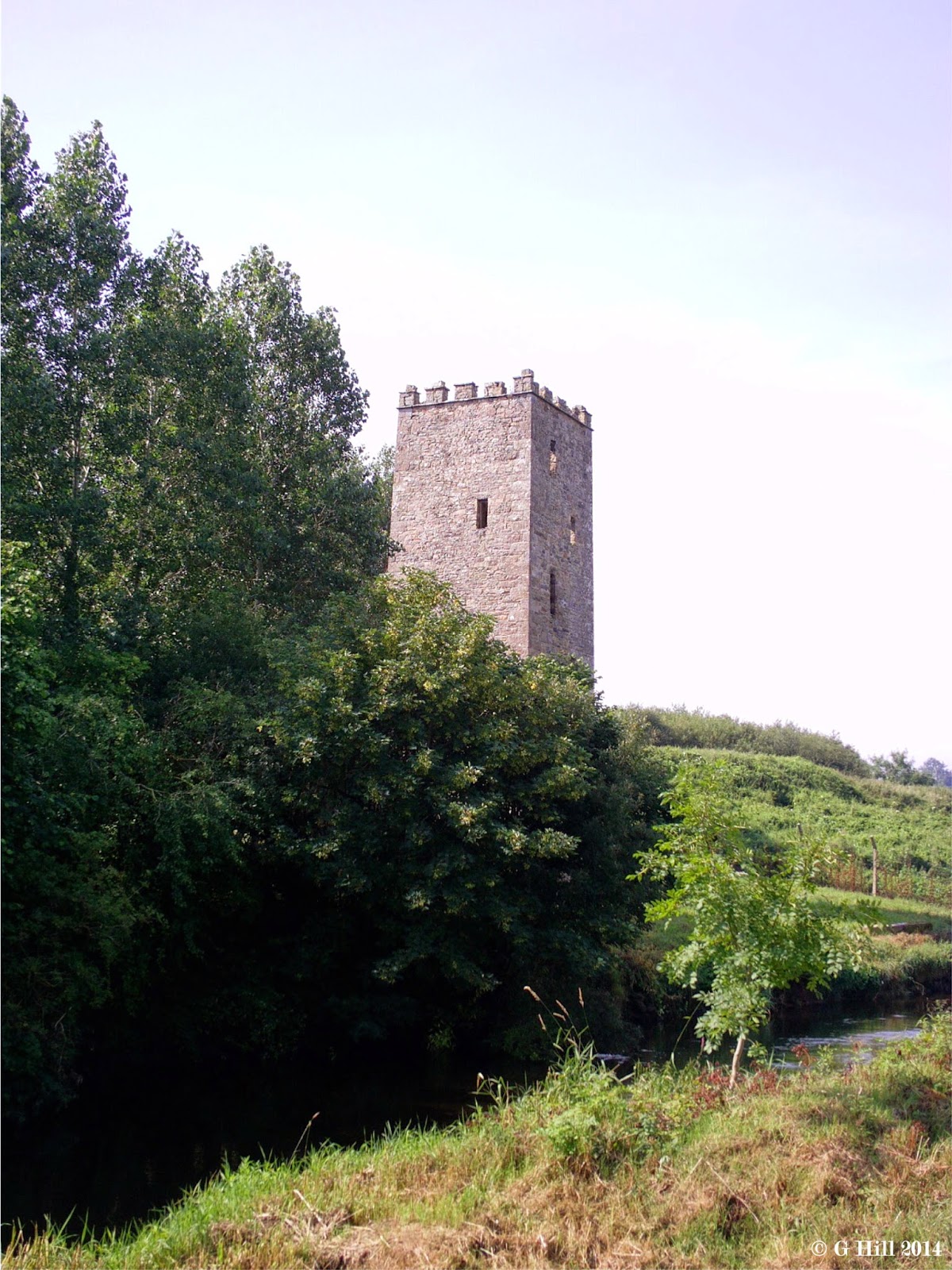 Above Image: The Scariff river adjacent to the tower.


We were driving from Gort to Tuamgraney via Scariff when on entering the village of Scariff we spotted this tall tower across the river. It looked like an interesting ruin so we sought about locating it. As it turned out it was not a Castle tower but a 19th century water tower built to supply the infamous Scariff workhouse.
The workhouse was built in 1841 with the intention of accommodating 600 inmates but with the onset of the famine in 1847 things grew out of proportion so much so that by 1851 there were 3212 inmates with little or no food or water and disease rampant. The workhouse was finally destroyed by the East Clare brigade of the IRA in 1921 to avoid it being used as a Black and Tan barracks. Curiously enough the tower was left mostly undamaged.
We found a public park that led us to a point directly across the river from the tower. From there we could see it was fenced off on all three land sides and the only access would be to row across (if you had a boat) or swim! Still from this position you can see what a nicely constructed structure it is and would fool anyone into thinking it was a late medieval castle. A local informed us that a preservation order was put on it and some restoration would take place. It is also apparently a nesting spot for Barn Owls which are a protected species. Worth a look then if in the area and for a closer look bring your bathing suit!


From Gort take the R458 South and about 5Km along there is a left hand turn for the R461. Take this turn and continue to follow the R461 to Scariff (About 29KM). As you enter the town the road runs parallel to the river Scariff and you will see the tower on the other side. About 100m past the tower is a turn in to a public car park. You can park here and follow the river down to the tower.