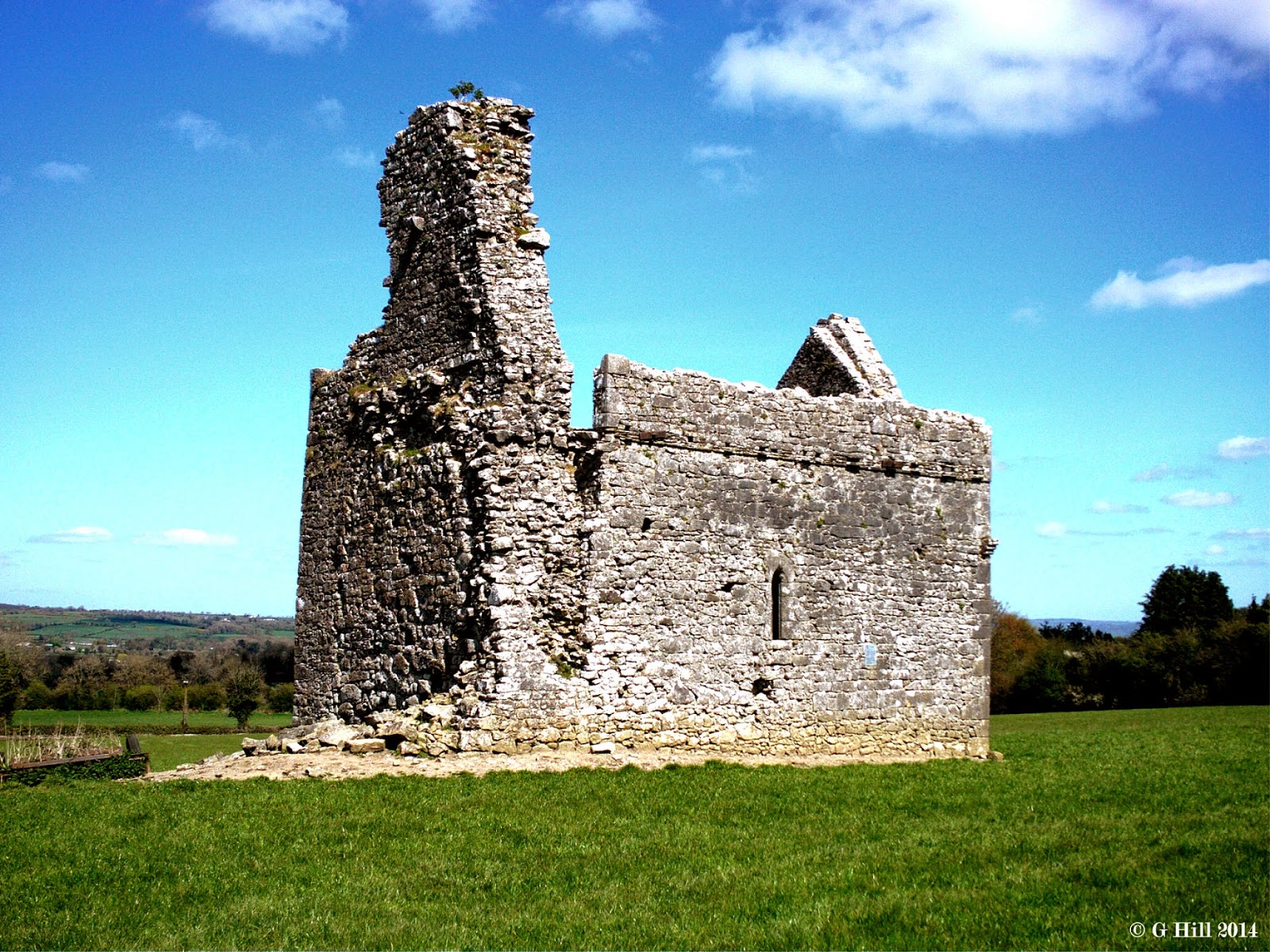 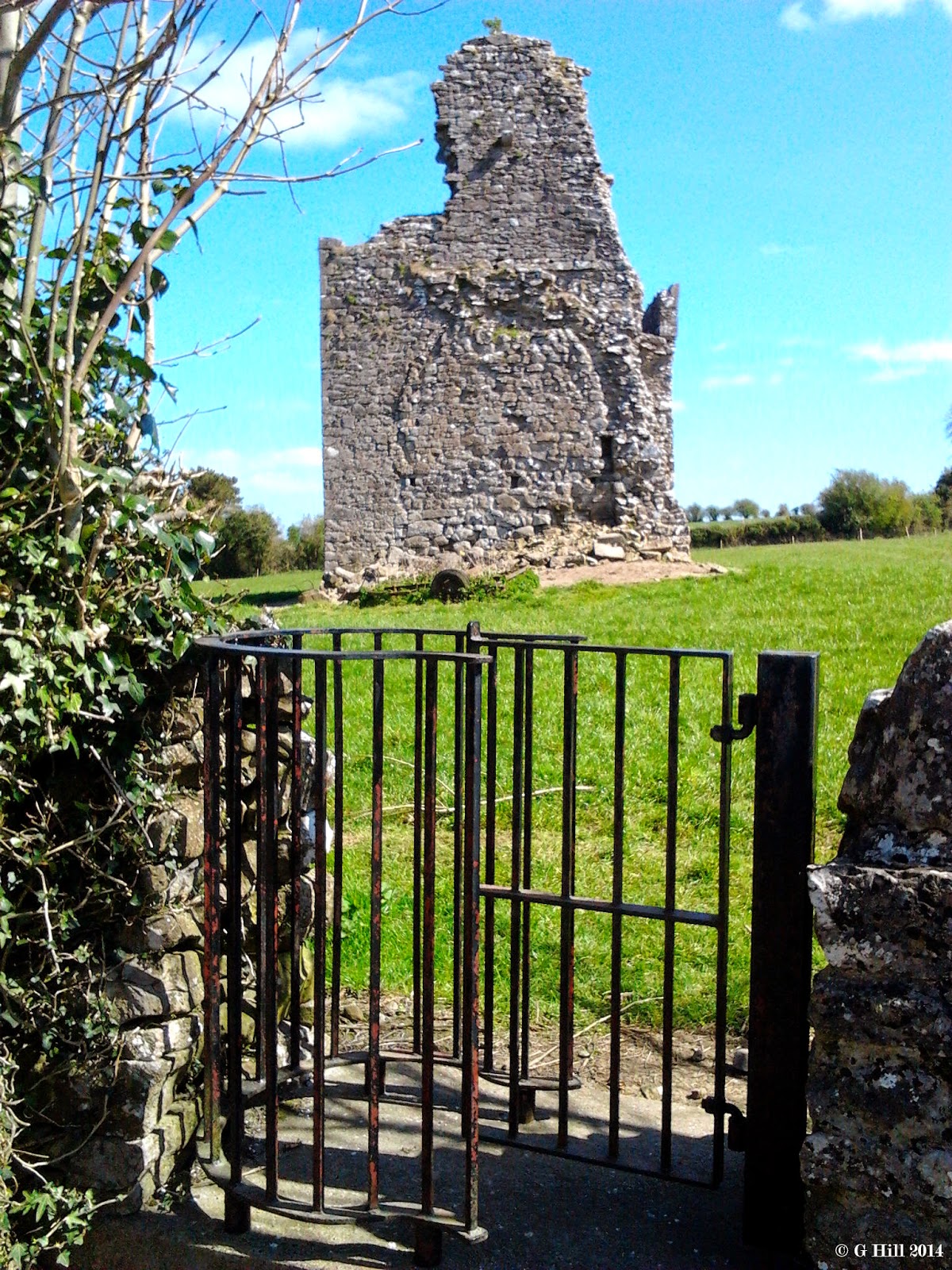 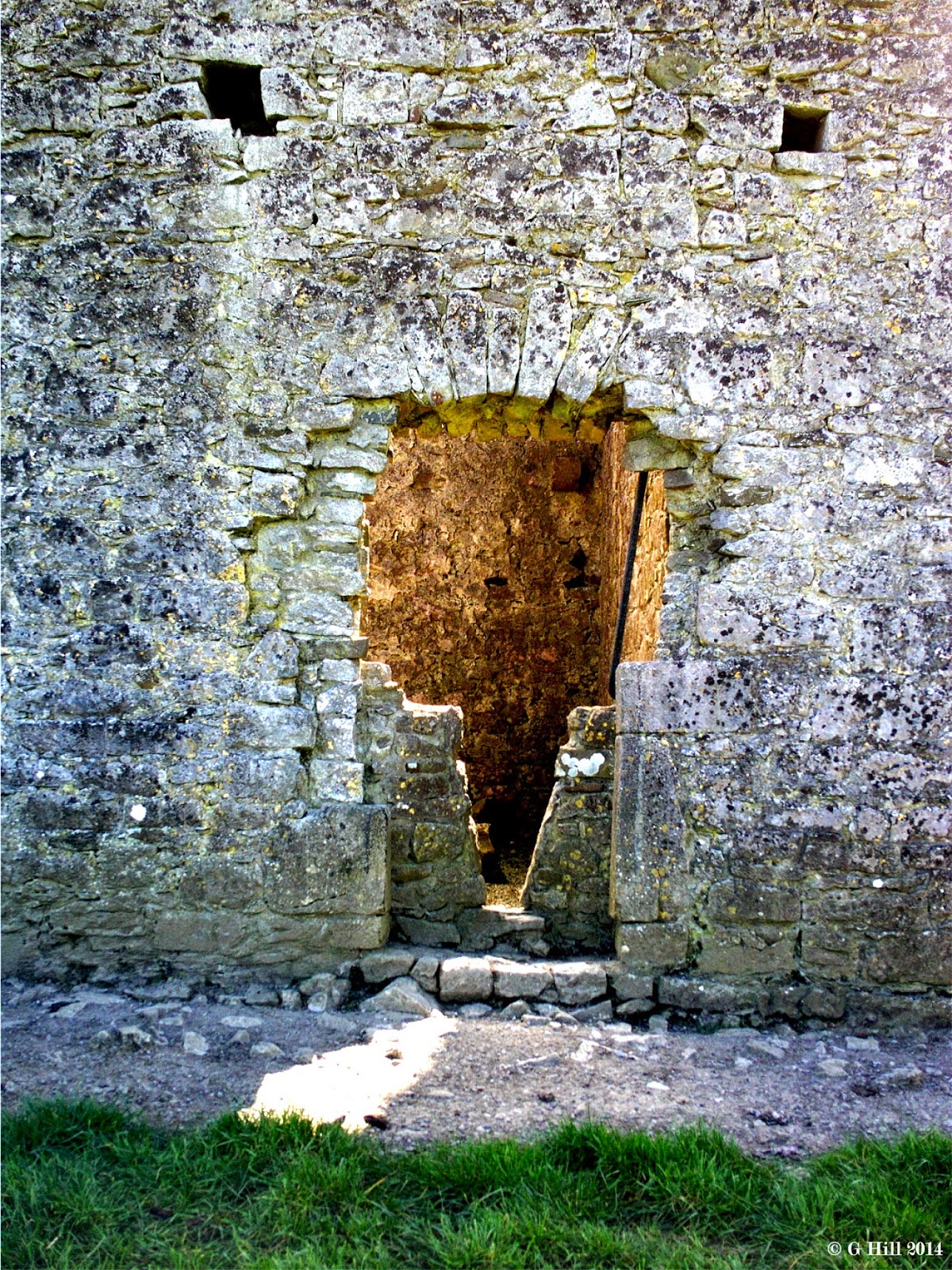 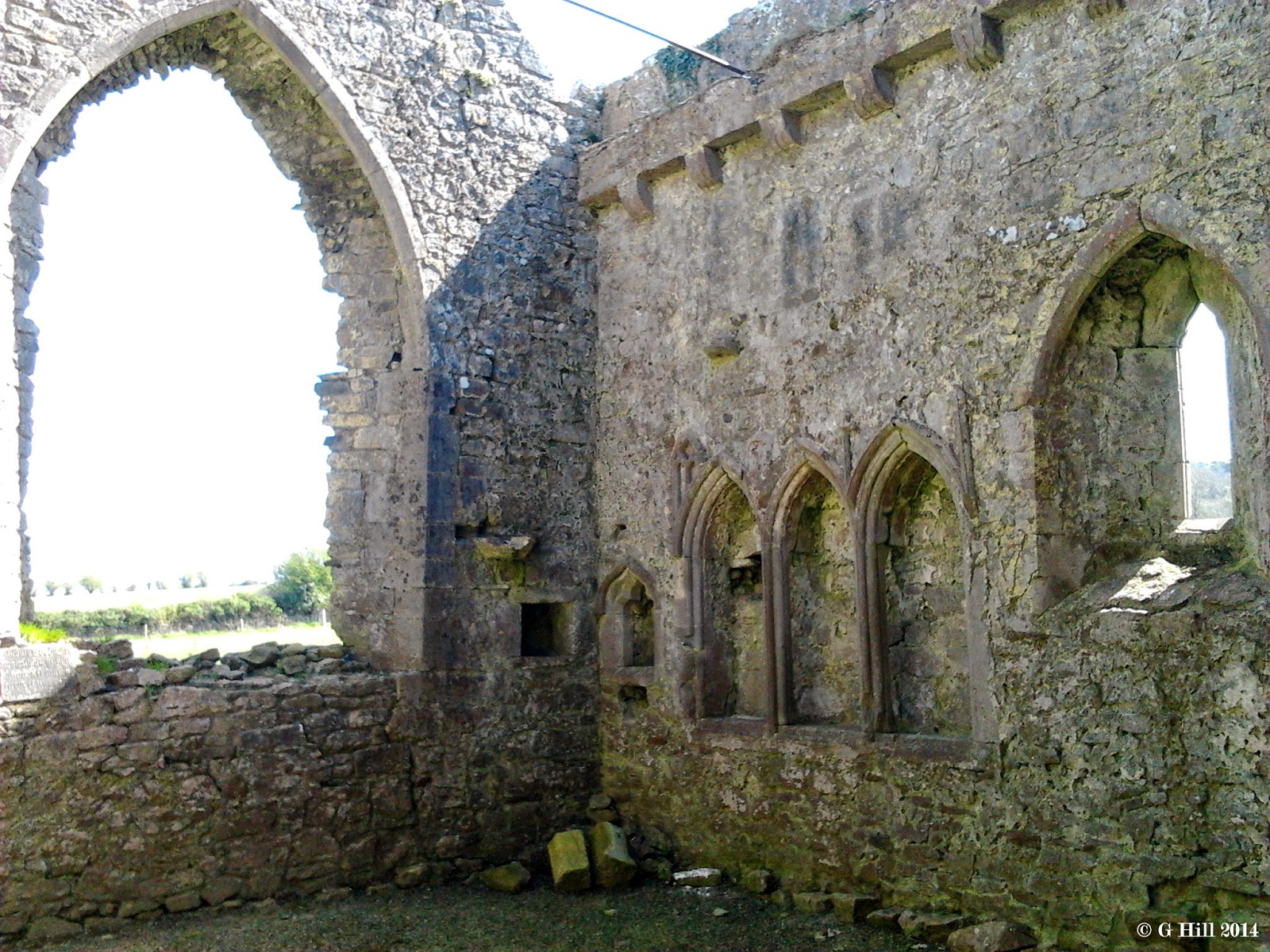 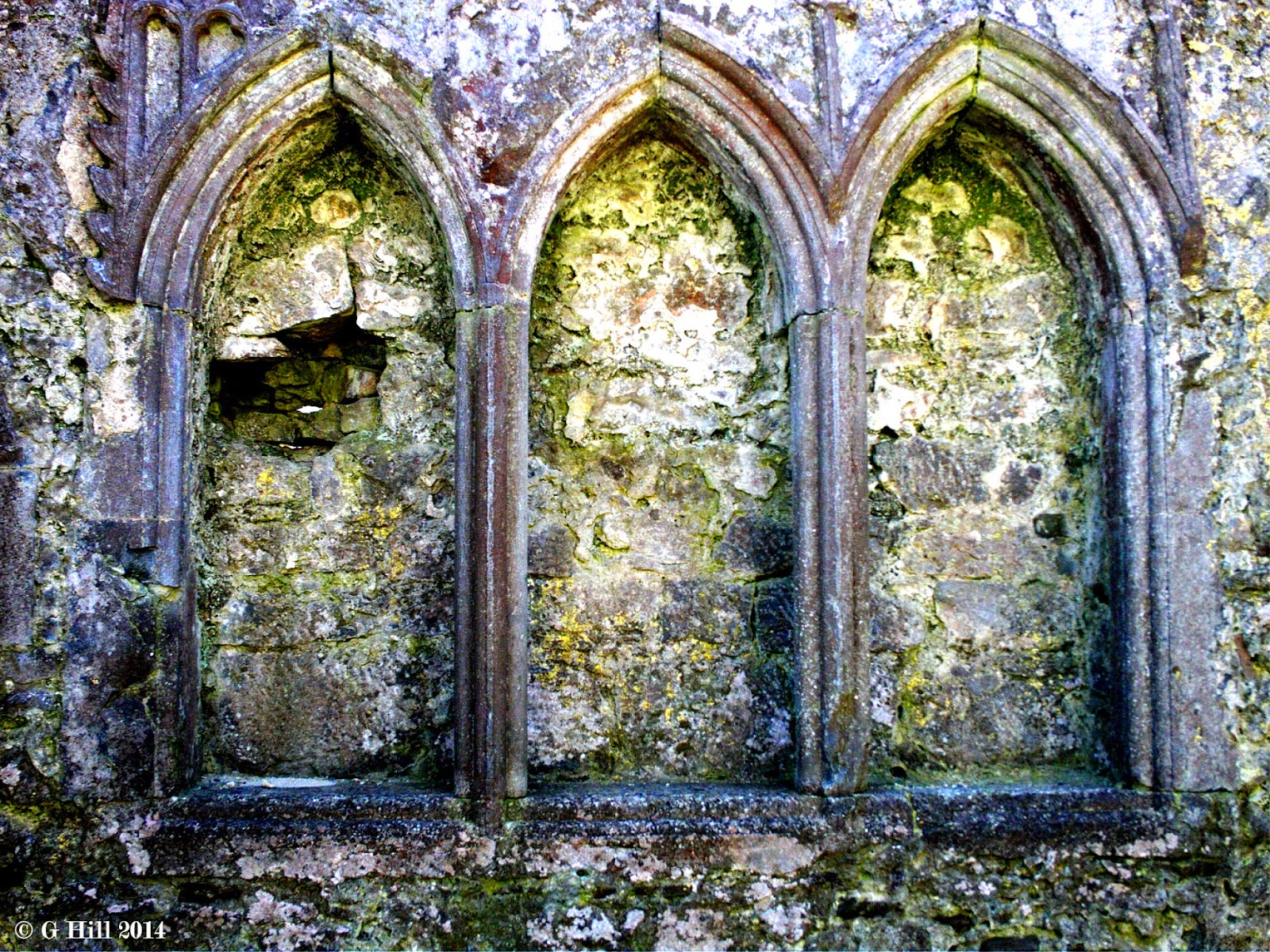 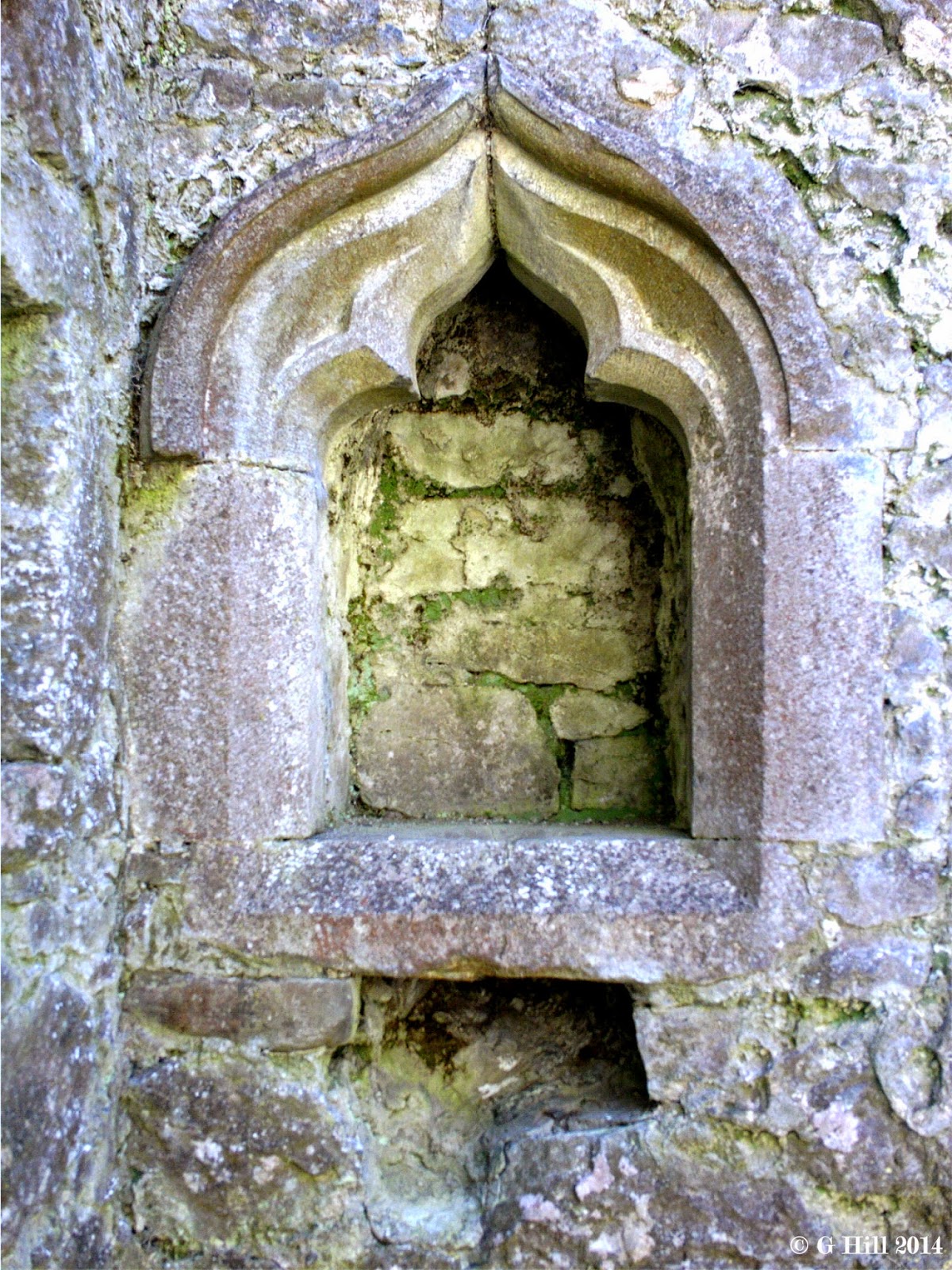 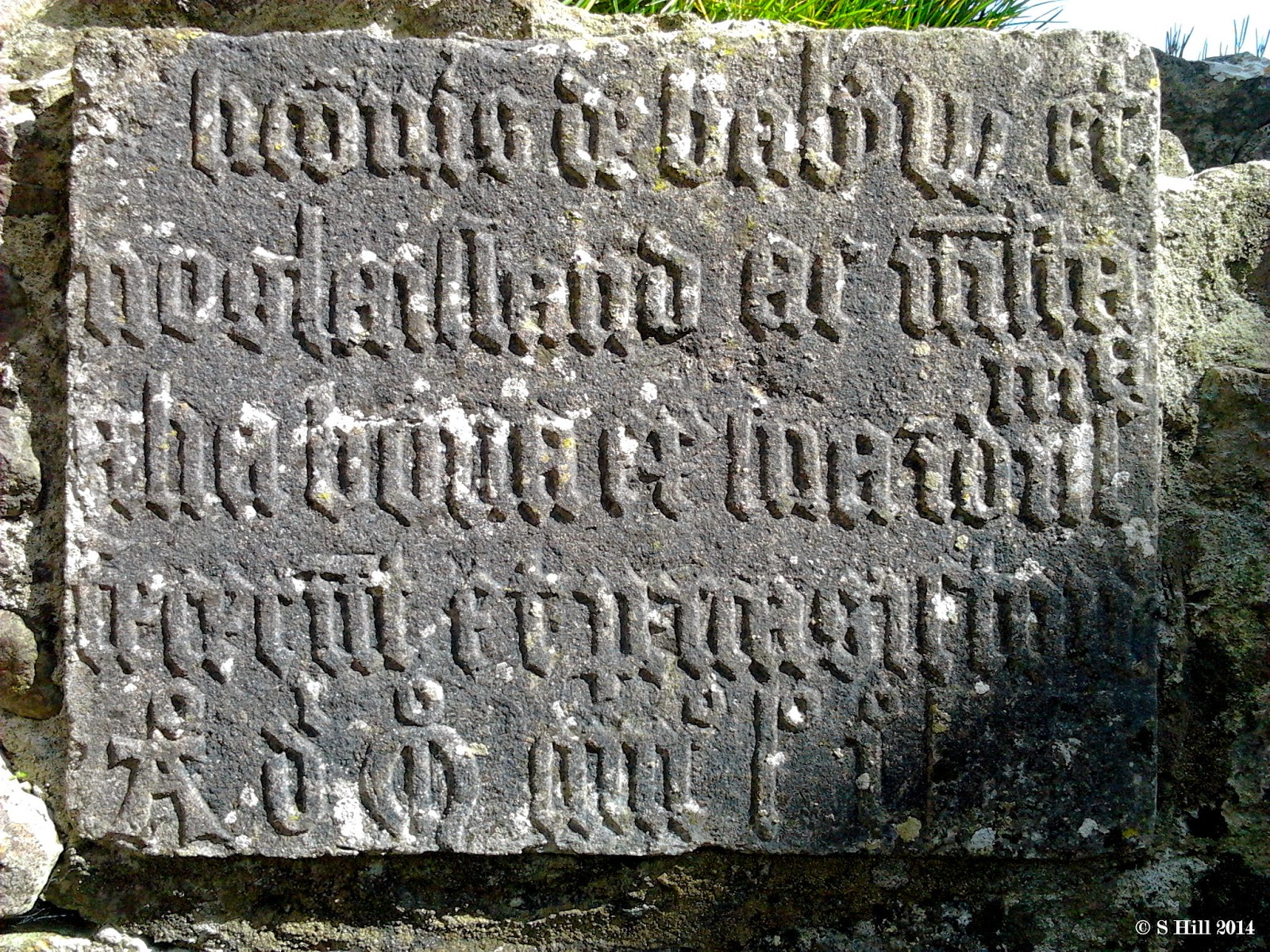 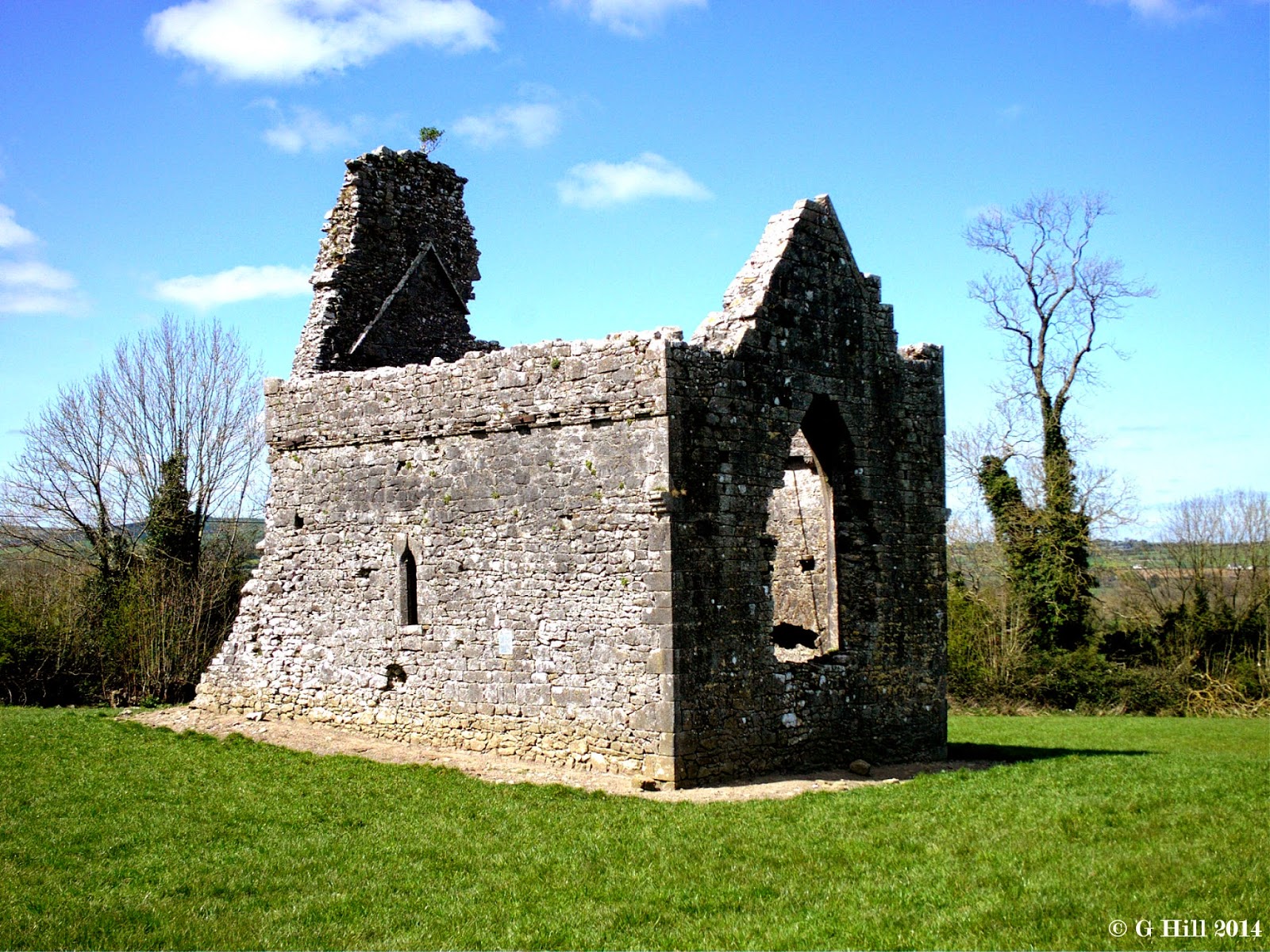 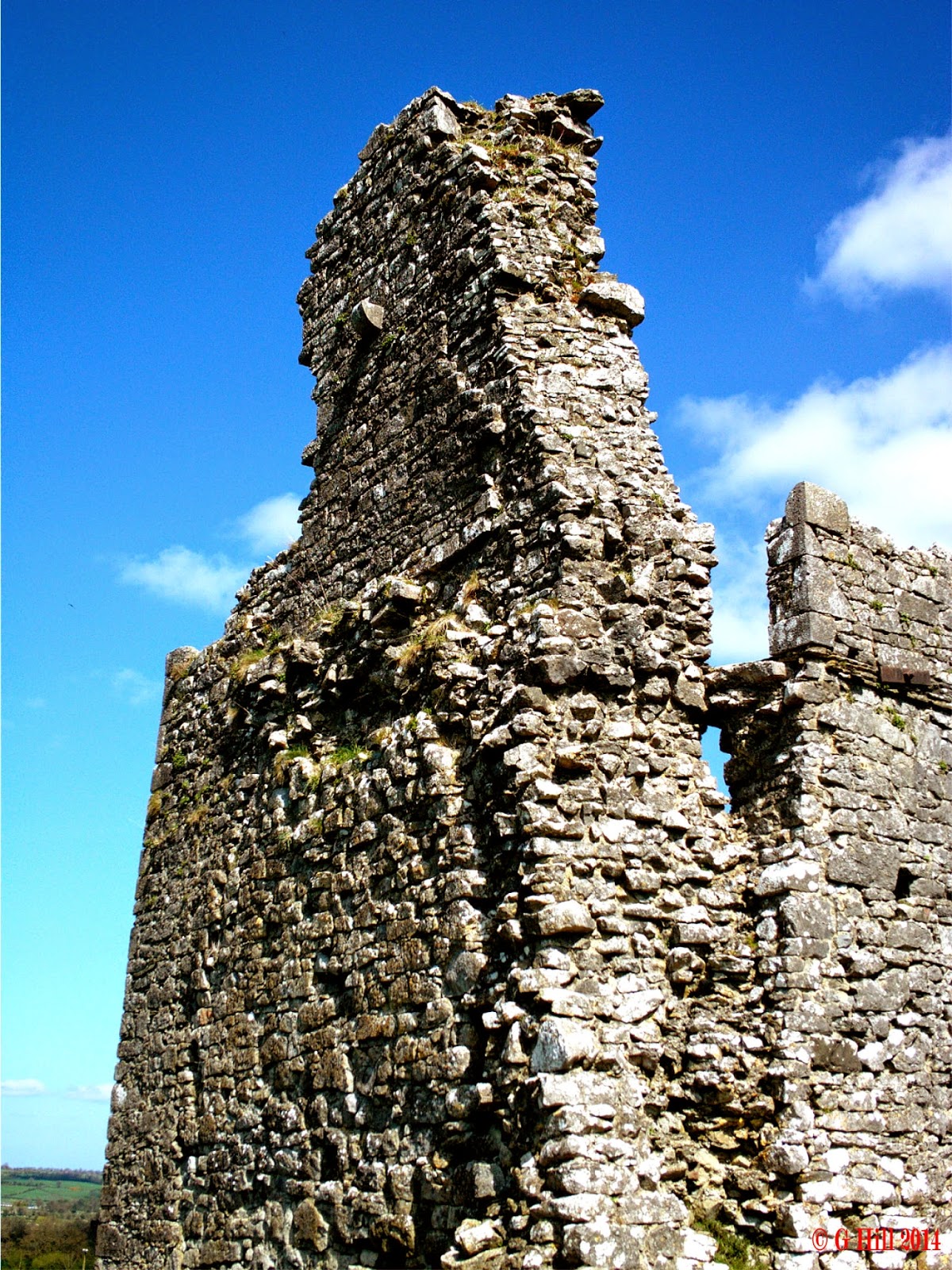 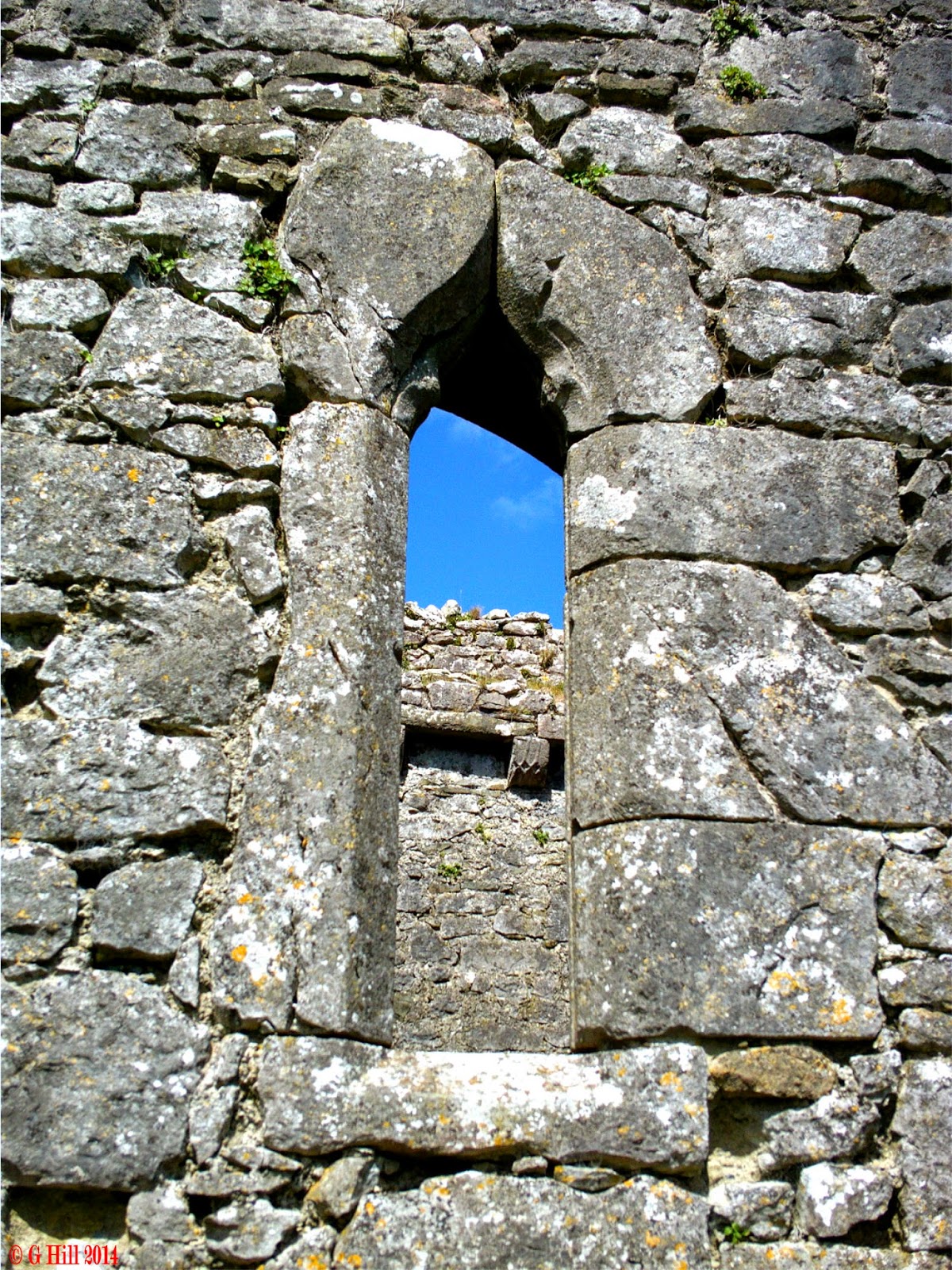 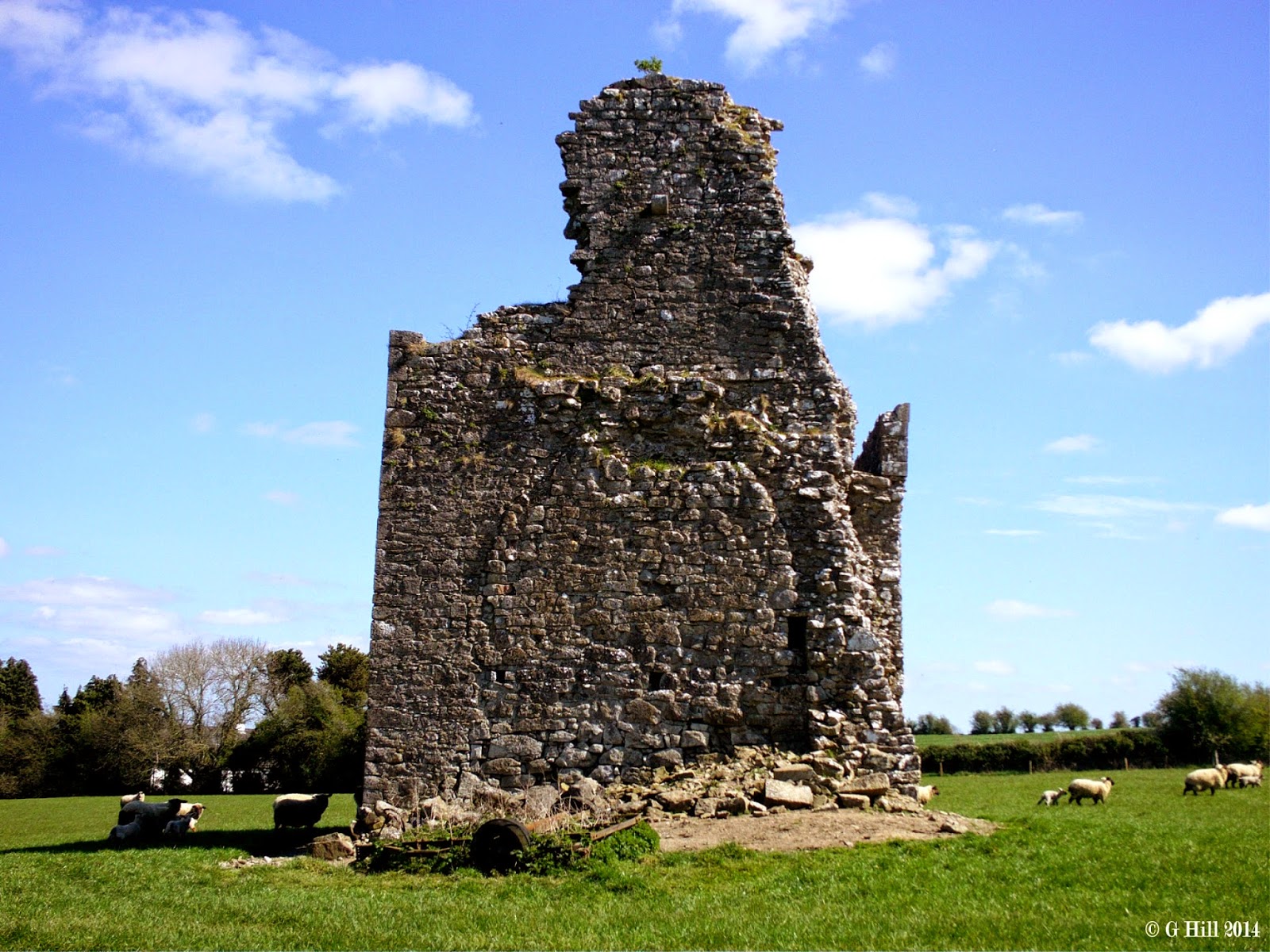 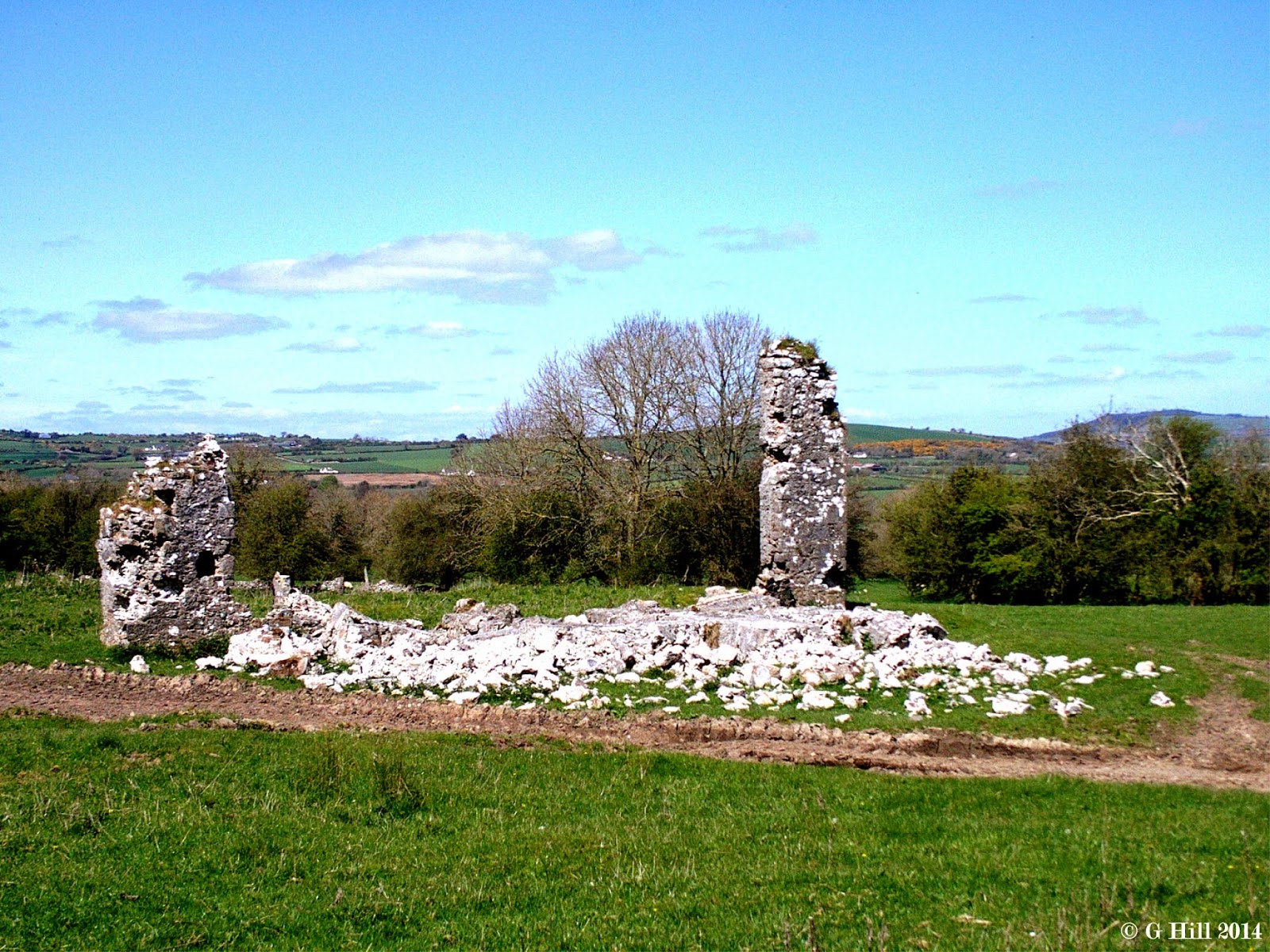 Above Image: Remains of Ballylarkin Castle? 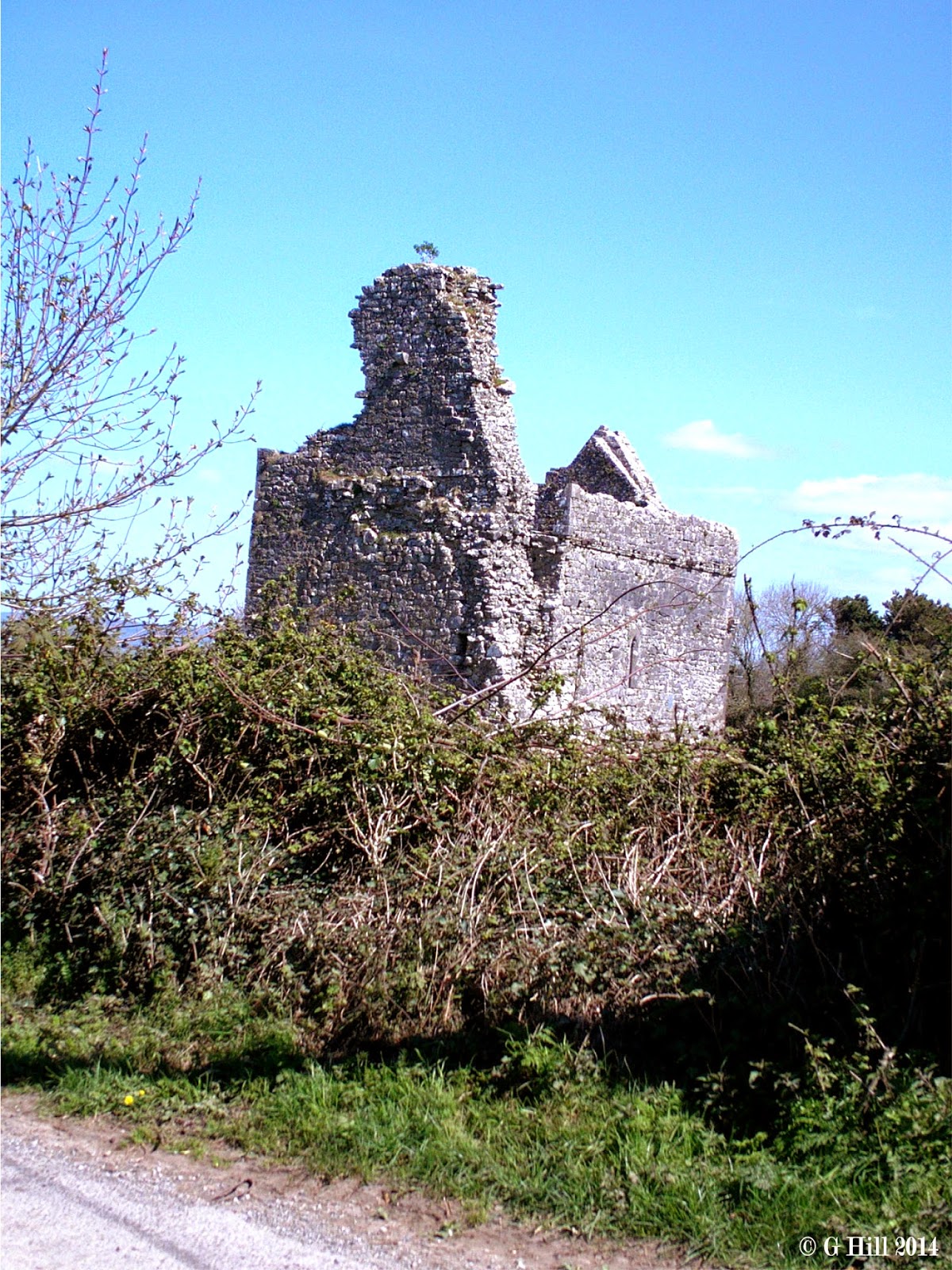 Situated about 3KM South West of Freshford this interesting ruin lies a little bit off the beaten path.
Locally called Ballylarkin Abbey it is in fact a parish church believed to have been built in 1350AD by the Shorthall family who came to Ireland during the Norman conquest. They ousted the resident O’Lorcains from Ballyarkin Castle in 1326. (Ballylarkin translates to Town Of Larkin)
The Church’s sturdy design gives it a robust fortified look and it even sported a defensive wall walk  but it does nonetheless contain some interesting and more ecclesiastical features.


The Church stands on private land but there is public access by way of a small iron pedestrian gate and stone stile at the roadside. The field in which it stands is a grazing ground for sheep but they tend to scurry away when somebody approaches. It is of an unusual design not really resembling other Churches of the period and its damaged West gable gives it an awkward look. There is a single entry door in the northern wall with a V-stile to prevent those pesky sheep from entering! Standing inside you get a full view of the large Gothic cut stone window a little ragged now from erosion. Beneath this in the South east corner is the real gem an almost perfectly preserved triple sedila with arches and carvings which was designed as seating for officiating clergy. A small arched alcove is next to this and a window on its other side. A nicely carved plaque is also present but I’m not sure of its origin. Most of what I can only assume was an extension for a bell tower still stands but a pile of rubble at its base and evidence of a possible attached building to this gable might change this assumption.
There appears to be some partial ruins in the field on the opposite side of the road from the Church and I suspect these may have been from Ballylarkin Castle as the site appears on the ordnance survey map of 1887-1913. An image on Google maps street view from 2011 shows them in a less diminished form than they are today.

To find Ballylarkin Abbey, take Bohercrussia Street heading West out of Freshford and follow this road for approx. 3KM. You will spot the ruins in a field on your left. You can park along the road a little past the entrance stile.