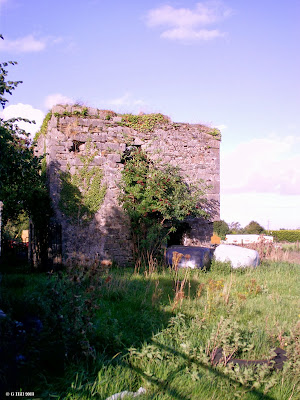 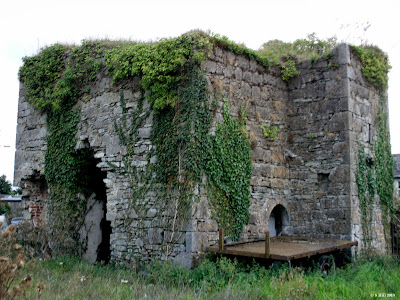 Above Image: The Northern and Eastern walls 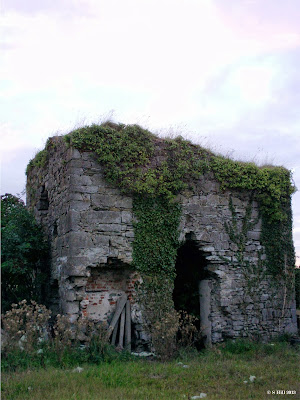 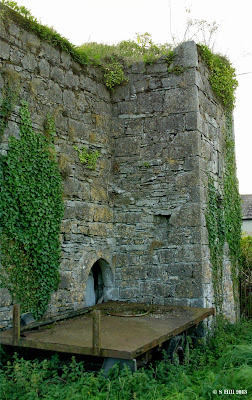 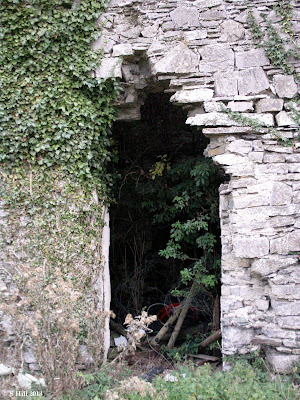 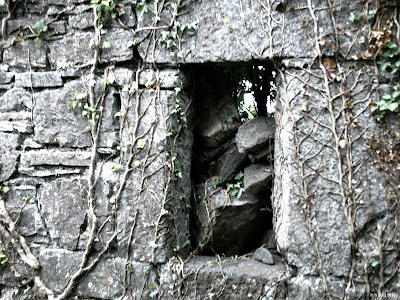 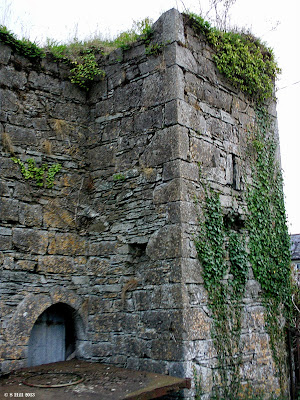 Above Image: The corner projection 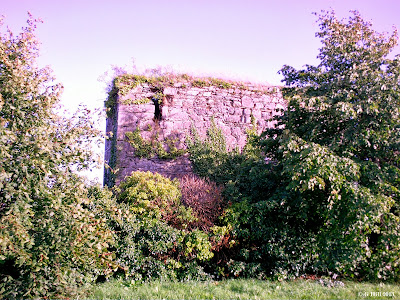 Standing a bit forlorn looking behind a hedgerow are the remains of Newcastle Lyons Castle. This L-Plan tower house was once one of six castles around Newcastle, a village that in its time became both a feudal barony and a pocket borough. The village came under attack by the Earl of Ormonde in 1642 and was somewhat destroyed. No doubt this castle also suffered damage as a result. It's history is vague. It might be one of the £10 castles that were commissioned to defend the pale but we cant really be sure. The only other remaining tower in the village is the one attached to St Finian's church built circa 1400. Adjacent to the church is a Motte which originally housed a Norman Motte & Bailey the earliest fortification in the village. While St Finian's tower is in quite good condition its cousin across the road is however in a dilapidated state and diminished to only two storeys. This tower house was more than likely twice the height originally and it measures approx. 4 metres square at its base.
We only discovered this sadly neglected ruin as we were leaving the village when I spotted it poking above a hedgerow! It is situated on the edge of a farm field with a field gate at the roadside. There were no prohibitive signs so we jumped the gate to take a closer look. Like other castles of its type situated on farmland which find themselves sometimes being utilised as Cattle byres this one appears to be functioning as a tyre byre! It is quite overgrown in places inhibiting any further access but its projected wall on the North side gives what remains an interesting aspect. I don't think that much of this castle will be visible in another 100 years. It will have either crumbled further in on itself or the remains engulfed in ivy.
There is not much further to say other than if you happen to find yourself in Newcastle you could stop and take a look at this lonely old ruin, otherwise it is probably not worth a special trip. I do think it is important though to document what we can of these type of ruins while they are sill standing and accessible so I will on my part continue to do so whenever I can.
To find the ruins take the Junction 4 exit of the N7 motorway and follow the sign for the R120 to Newcastle. Once on the R120 you will pass through 4 roundabouts before you reach the main street of the village. Near the far end of the main street the road bends sharply to the left at a junction with the R405. Follow the left hand bend and about 100 metres along you will spot the castle above the hedgerow on your left. There is a field gate here and you can park alongside.
Posted by Castlehunter at 16:06