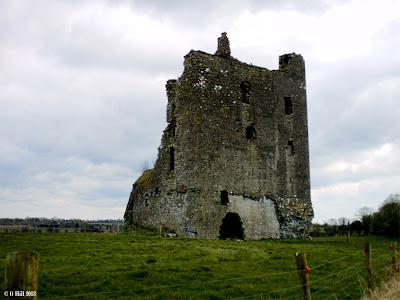 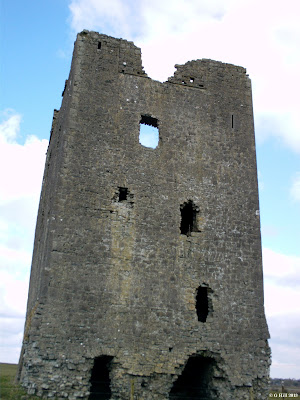 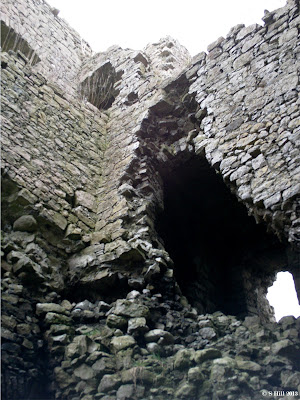 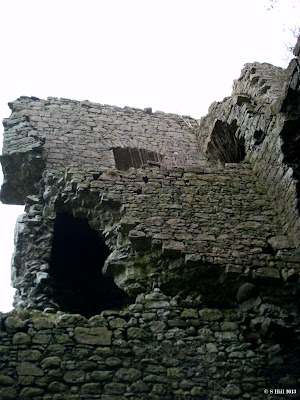 Above 2 Images: The gaping holes show evidence of
mural corridors 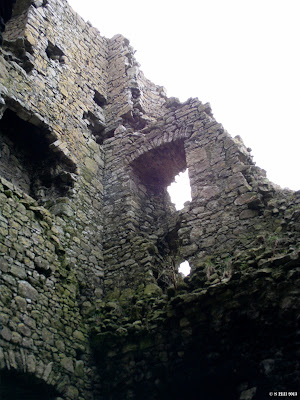 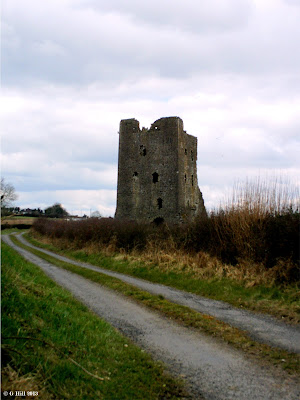 Above Image: The approach road 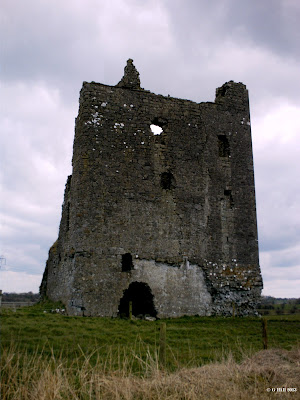 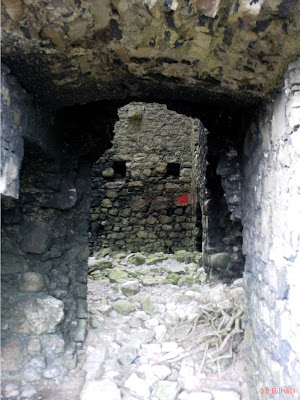 Above Image: The possible entrance door 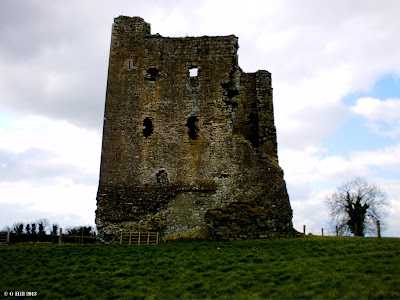 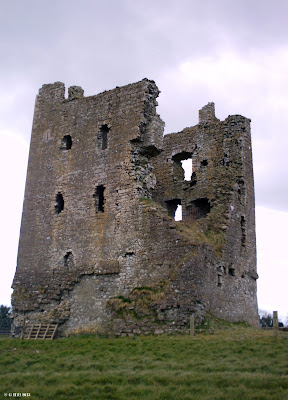 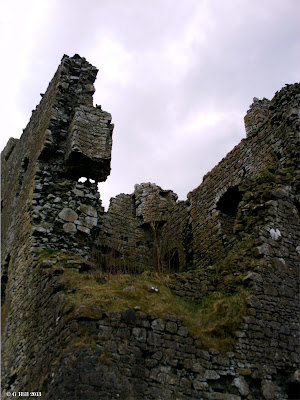 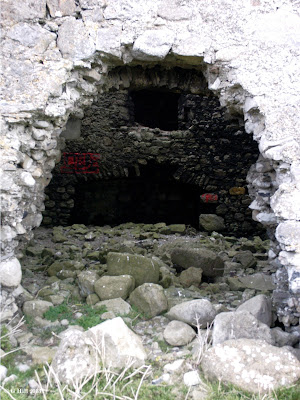 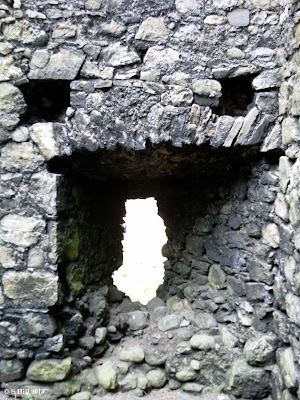 Rattin Castle was constructed in the 16th century as a defensive Tower-house for the Anglo-Norman lands in this area. It is built on land once owned by Hugh De Lacy who in turned passed it to John D'Arcy. The D'Arcys had this family castle built and it remained in their possession until a descendant, Nicholas, forfeited it during the 1641 insurrection. The Castle was in a ruinous state by the 18th century.
The ruins are situated close to a very narrow and somewhat grassy lane way in the pasture lands just south of the M6 motorway. Indeed you can get a good view of the Tower from the motorway as you drive by but it is some distance away and reached by some out of the way by-roads. We spotted it this way ourselves and decided to seek it out when next in that area. This actually turned out to be just a week later.
On locating it's position we managed to find a place to park at a field gate just in  front of the castle. The gate was thankfully unlocked held closed only by a simple chain. There were no cattle present but evidence of electrified fencing made us wary. There is a wire fence with posts surrounding the base of the castle but it is possible to lie down and roll in under it. Foolhardy this might seem but if the fence was electrified it wasn't switched on that day (we checked). The Castle stands approx 30 metres tall and the entrance appears to have been in the East facing wall as there is a large gap here with a small entrance chamber to it's left. Inside the walls run high on three sides and there appears to be remains of a roof turret. There are several large gaps in the walls high up that look to be mural passageways. There is a lot of rubble strewn around no doubt from the crumbling walls. It is a very impressive structure even in this ruinous state and those who lived within must have felt very safe indeed.
It was a quiet April day when we visited and were disturbed by no one. There are no prohibitive signs but the very uneven ground in the meadow showed signs of recent use. It might not be a good idea to enter the field when there are cattle present and if you do make sure to avoid the wire fences and to latch the gate.
To find Rattin Castle, take the M6 heading West and exit at Junction 2 taking the first left hand turn at the top of the exit ramp onto the road signposted for Ballinabrackey. Drive for approx 1.2Km until you reach a T-Junction with a sign pointing right to Milltown Pass. Turn right and drive down this narrow road taking the fourth left hand turn onto a narrow lane. There is a house with three apexed attic windows on the corner. Continue on down this lane until you see the Castle on your right.
Posted by Castlehunter at 21:19