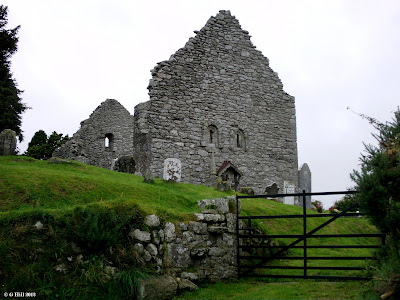 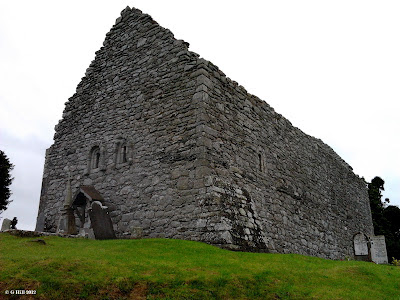 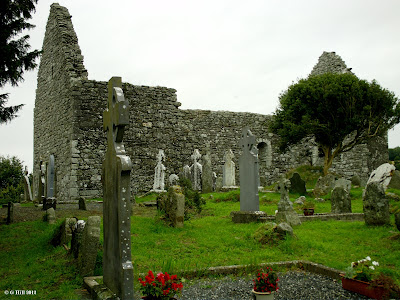 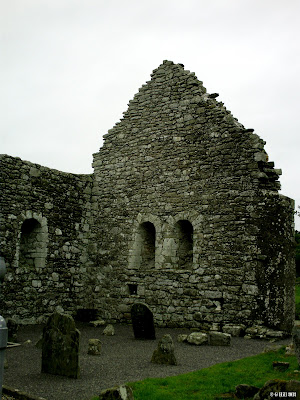 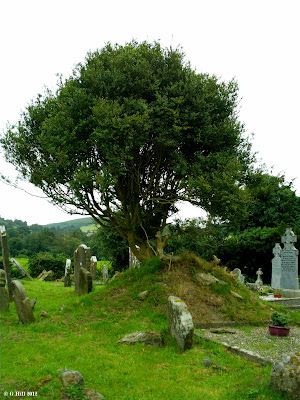 Above Image: Some very oddly paced Trees around here.... 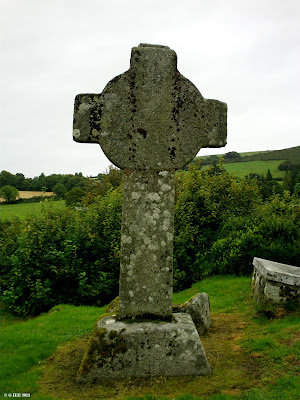 Above Image: The High Cross 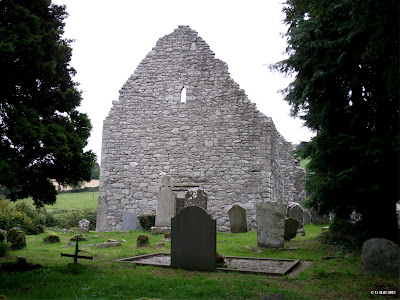 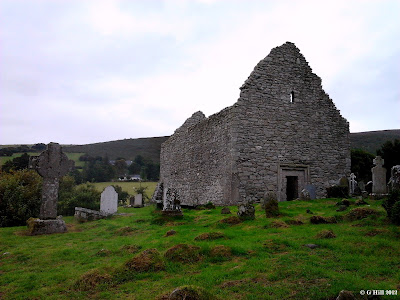 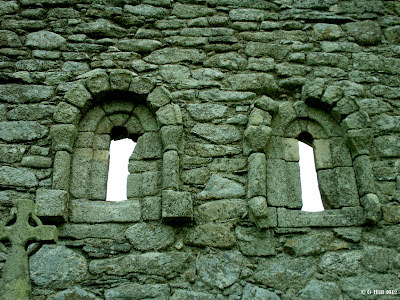 Above Image: Some of the decorative windows 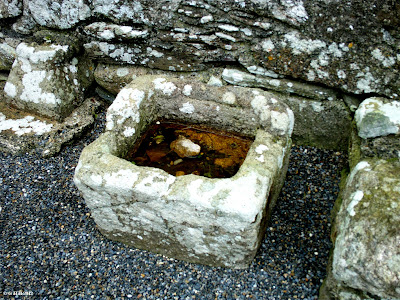 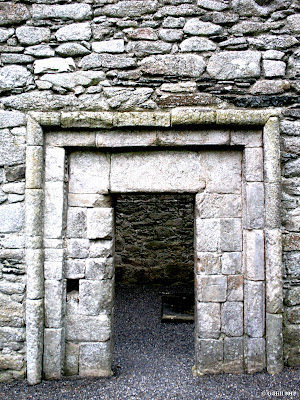 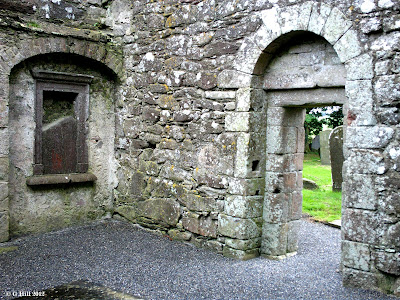 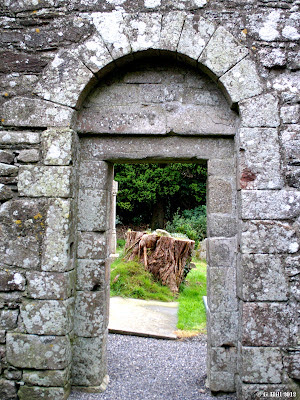 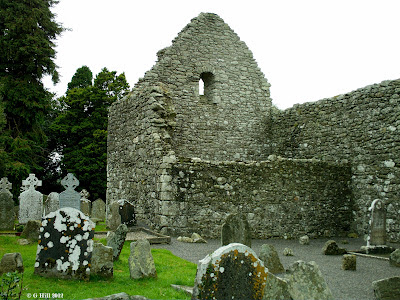 This off the beaten track Church is one of Ireland's oldest ruins. The original Monastic site is believed to have been founded by St. Finian of Clonard in the 6th century of which no part now remains.The present ruins date from the 1100's and contain some good examples of early Romanesque design. The Church remained in use by the Church of Ireland until 1716 when it was replaced by the present St. Michaels. It has since fallen into ruin with the South facing wall now missing.
The ruins lie down a lane way off a By-road and while not difficult to find are truly tucked away from the main roads. On approach you can see it is positioned on elevated ground and it's high walls give it all the more an imposing feel.
We parked at the gates of the surrounding graveyard and although there is a stile in the wall for access we found the gate unlocked.
The Church is long and rectangular with high gables on both ends and is divided into two sections. The first section has the missing wall while the far side has a doorway leading into a small chamber. The doorway is of the post & lintel type . The 3 windows in the East and North walls  all have decorative Romanesque mouldings. It's a most unusual design for a church and commands a fine view of the very pleasant countryside in which it is located.
A few yards from the Church is a roughly hewn granite High Cross with a water font at it's base. The grave yard is quite old in parts and has some very oddly placed trees with old headstones surrounding them like rotten teeth.
We appeared to be the only visitors until a car pulled up as we were about to leave and disgorged a whole family clad in blue and red waterproof jackets. A customary nod was made between us but by their accents they were probably on a tour of some historical sites while on vacation. Fair play to them, but their Hi-Vis jackets began to dominate any more possible photos that I might have wanted to take.
As an aside there is in a field directly opposite one of those frequently found Bullaun stones. This one looked quite large but we were denied any closer view as the fence around appeared to have been electrified and foolhardy as we might be sometimes, we are not stupid.
To find Aghowle Church, take the R725 from Tullow and drive for approx. 8 miles until you reach a staggered crossroads with a sign for the Crab Lane Lounge on the right hand turn. Turn right and drive until you reach a T-Junction with the aforementioned Crab Lane Lounge on your right. Turn left at the junction and drive for approx 200m. You will see a sign for the Church  pointing down a lane to the right. Follow this road and you will eventually see the ruins ahead of you.