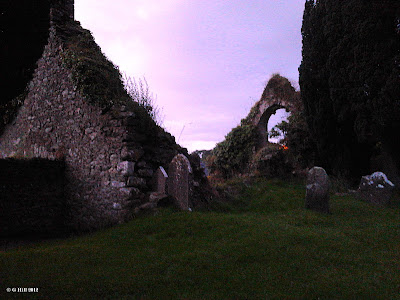 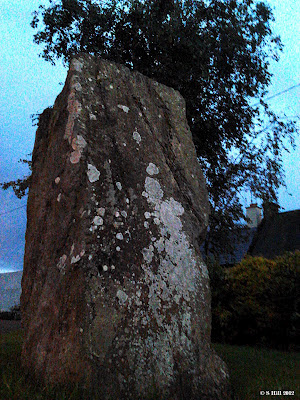 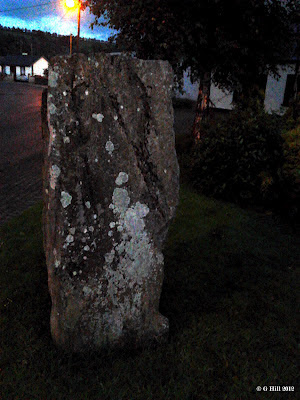 Above 2 Images: The Ogham Stone at dusk 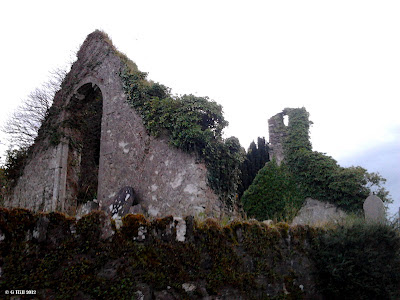 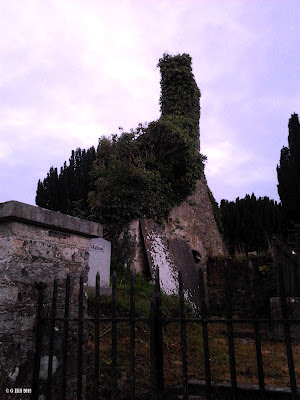 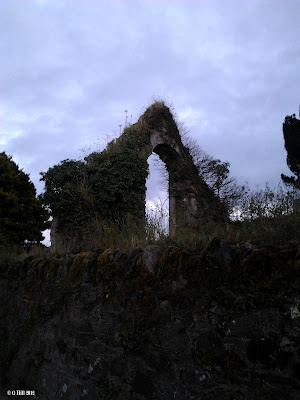 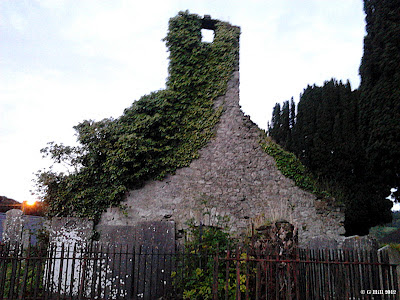 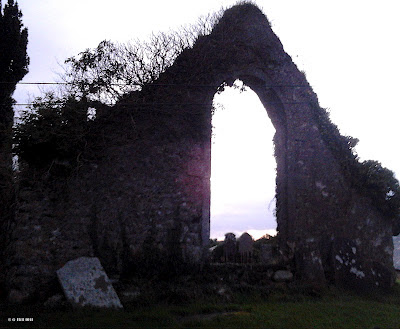 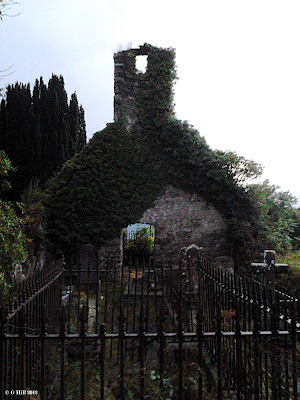 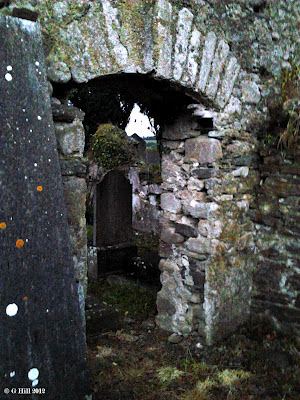 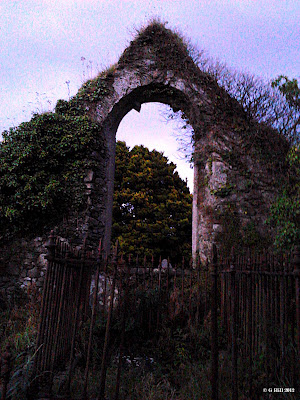 Tucked away down a narrow lane off the main street in Donard lies the ruins of an old medieval church located within a wall enclosed graveyard. The graveyard is called Heighington burial ground and contains old headstones, some dating back to the 1750's. The Church itself dates between the 15th and 16th century and was probably in use at least until the suppression of Abbeys and Churches in the 1500's.
The ruins stand upon elevated ground and indeed the hill behind it had once a hill fort upon it giving Donard it's name. "Dun-Ard" (Fort on the Hill). The remains of the Church include both gable ends, the western facing one containing a doorway and extended wall to house a bell. while the eastern end has a large arched window cavity. Fragments of the side walls are also evident.
We were in the area of Donard on a September evening about an hour before dusk and decided to check out the ruins before darkness fell. They are situated down a narrow lane so we carefully drove the car down near the end and found a spot to park.
On first view the entrance gate had a large black chain and a padlock on it and the wall was too high to climb, so we walked around the perimeter to see if there was any other access.Unfortunately the high wall continued all of the way. A bit dismayed we decided to take a couple of long shot photos and go upon our way. On the way back around to the car we got talking to a very pleasant lady called Nuala who runs the nearby caravan park and we mentioned our interest in the ruins. It was a fortuitous conversation as we discovered that the gate was not actually locked  but the chain just wrapped around it. Thanks Nuala! We managed to get a quick look around the grounds before the light began failing. What an eerie place it was near dusktime. The interior had been used as a burial spot over the years and there were a few tombs within, one of which the marble had cracked and begun to sink. The old and crumbling interior had a definite M R James effect to it. I must say that the surviving gables strike a very dramatic pose especially as you approach the site from the road. All in all not a major ruin but given it's age and access its Worth a look.
As an interesting aside just as you exit the lane onto the main street there is a nicely landscaped green area to your right. On the edge of this stands a very interesting Ogham Stone about 1.4 metres in height. it was apparently moved here from it's original location and given a more prominent position in the Village. There is some faint Ogham writing on one of it's edges.
To find Donard Church take the N81 from Tallaght to Tullow and exit for Donard at the crossroads with the "Olde Tollhouse" bar. Drive for about 2KM until you reach the Village. Keep to the right in the Village until you see a small green area . Turn right just before this and follow the lane down. You will immediately see the ruins on your left.
Posted by Castlehunter at 20:42