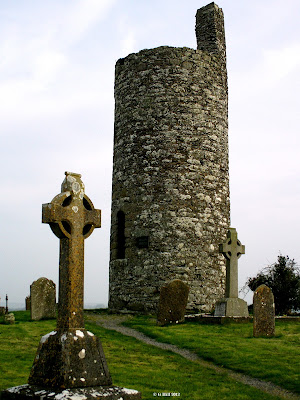 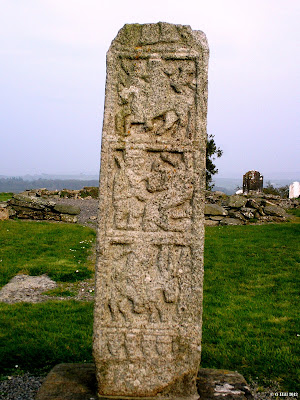 Above Image: A Shaft of one of the High Crosses. 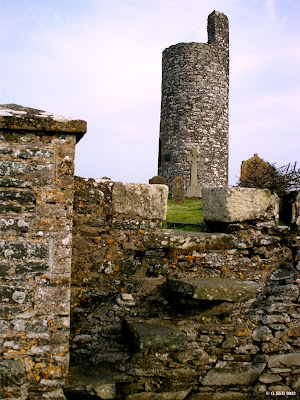 Above Image: The entrance stile in the wall 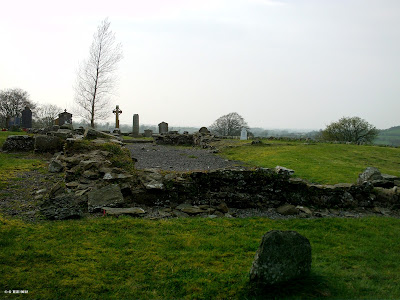 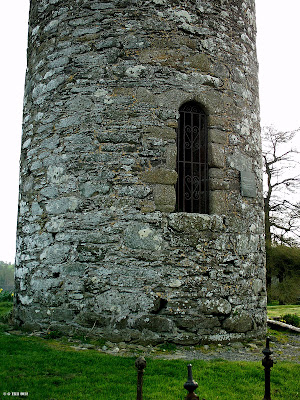 Above Image: The Tower doorway 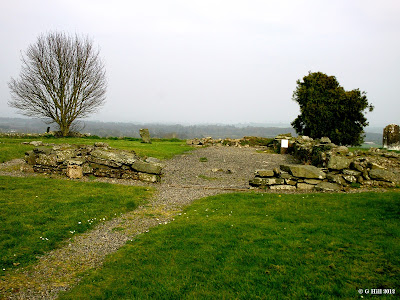 Above Image: Another view of the Church remains

Standing on elevated ground above the Kildare countryside and commanding a wide view are the Round Tower and Church remains of Old Kilcullen.
A monastery was founded here by St. Patrick in the 5th century and he placed it under the care of St. Mac Tail who he had himself ordained. Mac Tail died in 548 succumbing to the yellow plague that swept through Ireland at that time. He is said to be depicted on the panel of one of the High Crosses in the grounds.
The Annals of the Four Masters record that the Monastery was ransacked by the Danes in 936AD and again in 944AD. All that remains today on this site are the incomplete Round Tower (circa 11th Century) and the scant walls of the old Church.
The Tower stands at approximately 27 feet with a doorway about 6 feet from the ground. This Tower is believed to have been used as a Bell-Tower and a depository for valuables. The Tower was depicted in a drawing from 1792 showing much of the west side intact and part of the cornice on top, but it was already in a ruinous state and was reduced to it's present size when damaged during a battle on this hill in the 1798 rebellion when over 300 Irish rebels entrenched themselves in the graveyard.
The graveyard is still in use today and easily accessed (if gate is locked) by a sturdy stile in the wall just to the right of the gate. The lofty views from this site especially on a clear day are breathtaking. The remains of the Round Tower bear a plaque recording its damage during the rebellion but it still stands proudly over what is now a much decimated site. The Church ruins are reduced to low walls which just about give an indication of its original size and there are some interesting High Crosses adjacent. There is a great sense of history here and is certainly worth your time if in the area.
To find Old Kilcullen ruins take the M7 from Dublin and exit at Junction 11 onto the M9. Drive for about 4 miles until you reach the exit for the R448. Turn right at the top of the exit ramp and drive for about a mile, you will pass a junction with the N9 on your left . Continue on for another mile or so until you reach a crossroads. Turn Left and drive to the end of this road. You will see the Round Tower ahead of you. There is reasonable space to park outside and a short walk up the hill by pathway will bring you to the site. Be careful to close the narrow metal gate by the roadside as there are sheep in the adjacent field who frequently wander down to it and in our experience tried to get out onto the road. 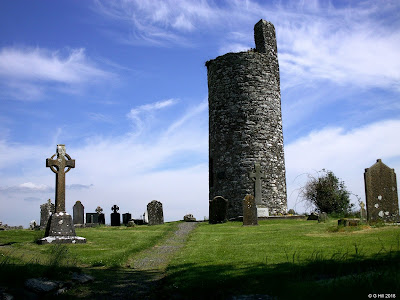 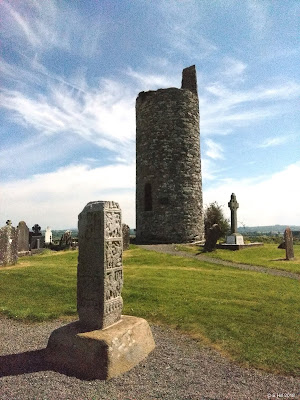 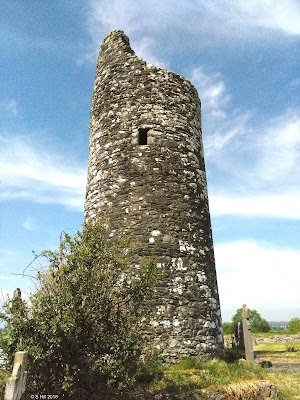 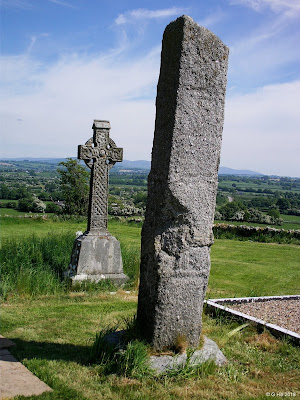 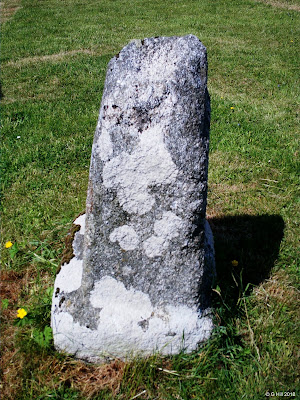 Above Image: Cross base and partial shaft 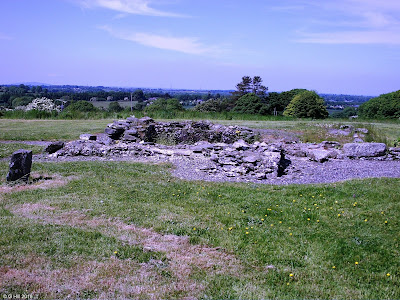 Above Image & Below Image: Church foundations 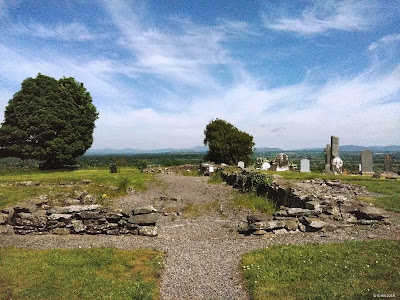 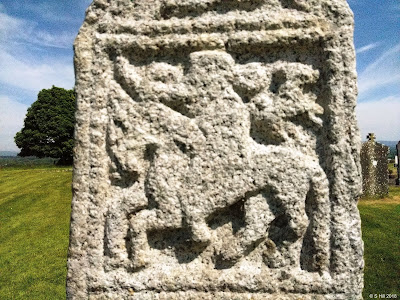 Above Image & Below Image: Detail on the decorative cross shaft 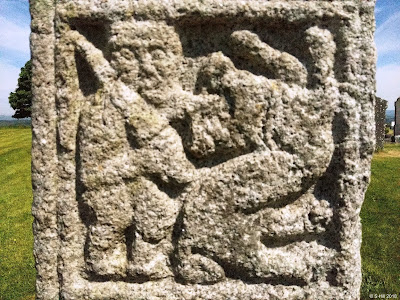 Another recent return visit and I'm glad to say that nothing has changed at this site, no deterioration whatsoever. It is still maintained well and we got a better day weather wise to get some additional shots of the wonderful cross shafts here. The smallest and most worn of a base and partial shaft has
even developed a bullaun on top where it has broken away. After rain I would imagine this would resemble a rudimentary font. I would have no hesitation on returning here again.
Posted by Castlehunter at 13:51