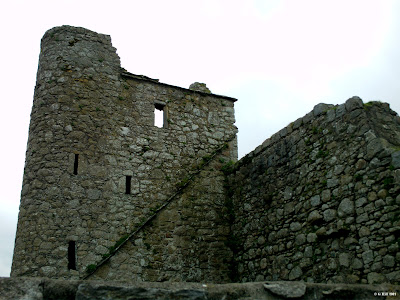 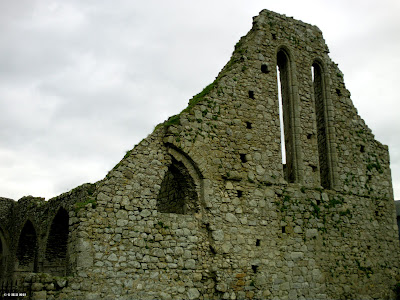 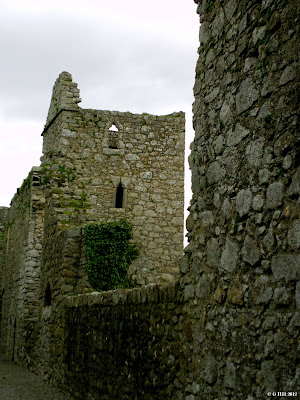 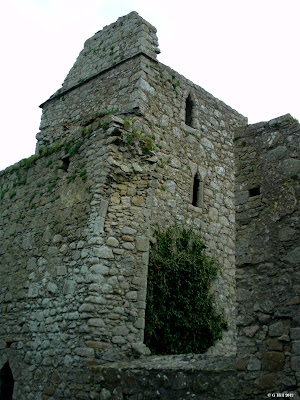 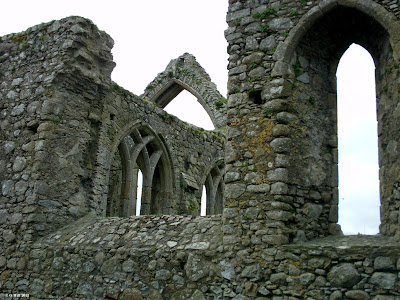 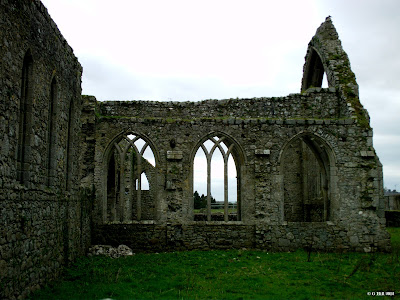 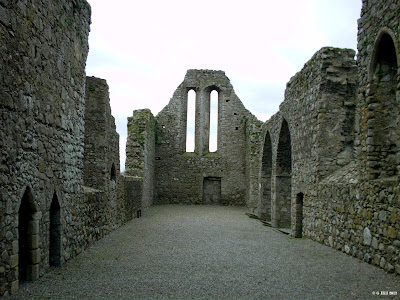 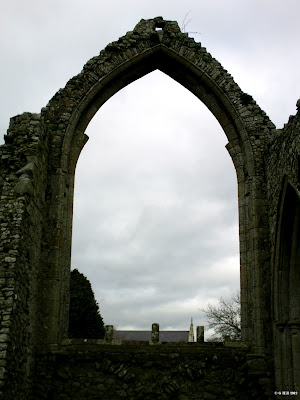 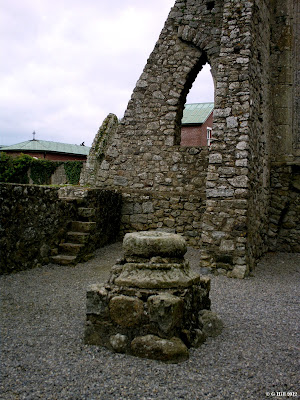 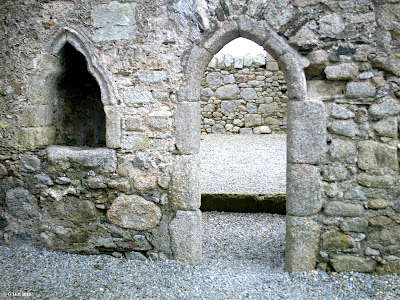 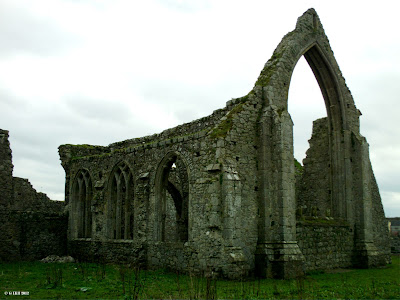 Castledermot Abbey was founded in 1302 by Thomas Lord Offaly along with benefactors to the
Franciscan order, the Hoydes. The impressive Abbey was famously ransacked in 1317 by Robert the
Bruce but continued functioning until it was suppressed by Henry VIII in 1541.
Although only the shell of the Abbey remains today it still retains a very interesting aspect. Attached to the South wall is a square Tower locally called the "Abbey Castle" which dates from around the 15th century and may have been used as a residence for the order. A number of fine arches and lancet windows survive in very good condition and they give evidence to what may have been quite an opulent structure in it's time. The Abbey was partially destroyed by Cromwellian forces in the 1600's and subsequently fell into ruin.
The initial view of the Abbey is of the East wall on Abbey street in the town. It stands literally a few feet from the roadside and looks promising but a little spoiled by the modern buildings adjacent. The interior however that lies beyond the small padlocked gate is far more interesting.
Finding the gate locked to protect the Abbey from damage is at first disappointing, but a key is held in the house to the left hand side of the entrance by a friendly caretaker. He gave us the key and told us to just drop it back in the letterbox of his door when we were done.
Once you enter the gate you are literally transported to another age. The stonework is superb in places and the arches glide majestically over the skyline. The absence of litter within, the silence and the generally good upkeep makes it almost unbelievable that  a modern street lies just on the other side of the gate.
One gripe though, access to the "Castle" is not possible but a walk around these walls is interesting enough to warrant a visit. We kept the gate locked during our time there so that we could have a good look around undisturbed, but it didn't seem as if there were any other prospective visitors anyway that day.
To find Castledermot Abbey, take the M9 Dublin to Waterford road and exit for the R747. At the junction of this road with the N9, turn right and drive for approx. 5 miles. This will lead you directly into the main street of Castledermot. This main street becomes Abbey street at the far end of the town. Look for the Abbey on your right. Parking is easy enough around the general area of the Abbey..
Posted by Castlehunter at 12:45