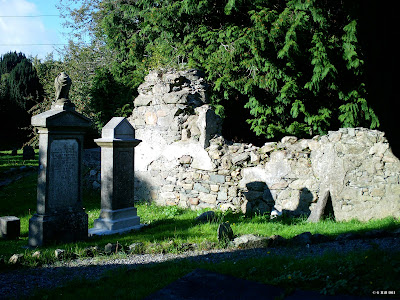 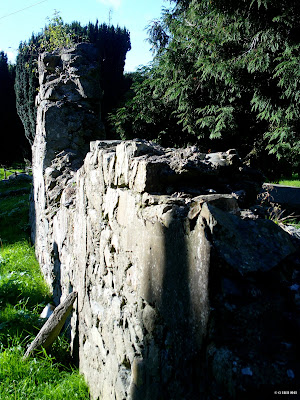 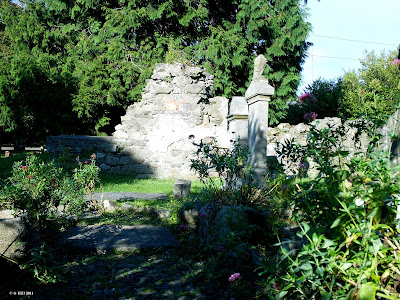 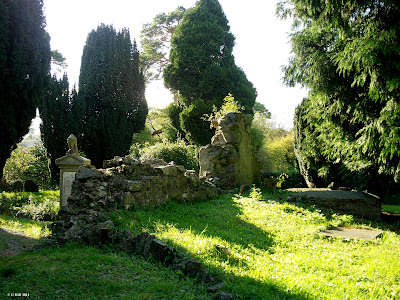 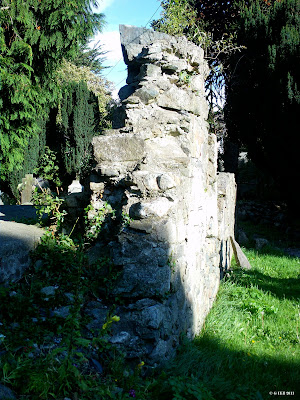 The old burial ground in Delgany Village was restored for public access through grants in 2007. The ruin of the old 13th century Church dedicated to St Cuarog stands in the centre. St Cuarog is believed to have given the last rites to St Kevin of Glendalough in the 7th Century and there has been an ecclesiastical site here since that time. The later built Church was in use up until 1789. Nearby the church in the grounds is the stump of an ancient cross and many of the old tombstones date back to the early 1700's.
Your visit to the ruin will be brief but nonetheless interesting. All that remains of the Church are the foundations of the Nave and Chancel and a part of one of the walls. This wall is itself now beginning to crumble so see it before it disappears.
The burial ground is situated on the Glen road in Delgany a little way down from the old Delgany Inn on the same side of the road.. Access is by an open gate and a few stone steps.The grounds have been nicely restored and maintained and as there are other sites in the area to be seen such as Kindlestown Castle and Old Kilcoole Church, it would be worth your while to stop off here for a quick visit.
To find Old Delgany Church ruins, take the N11 from Dublin to Wexford and take the exit for Delgany onto the R762. Follow the road into the Village. We found parking just outside the currently closed Delgany Inn.
Posted by Castlehunter at 13:54