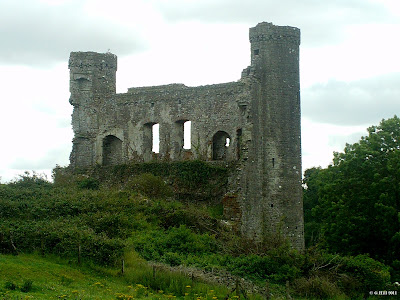 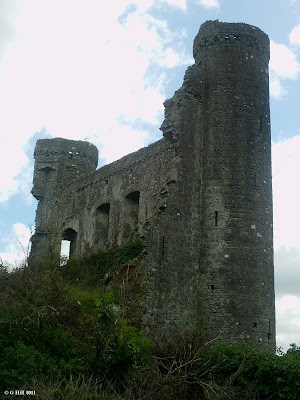 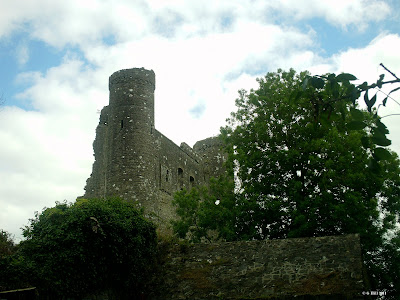 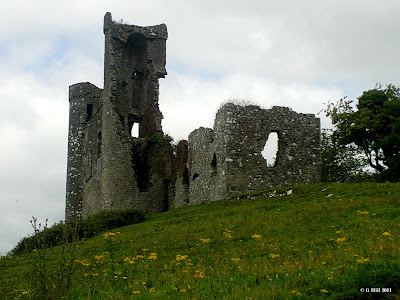 Image Below: Contrasting light within the old Church 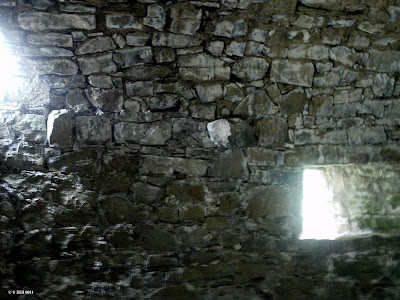 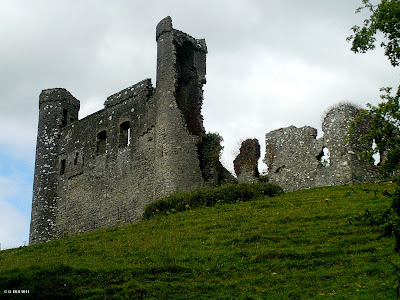 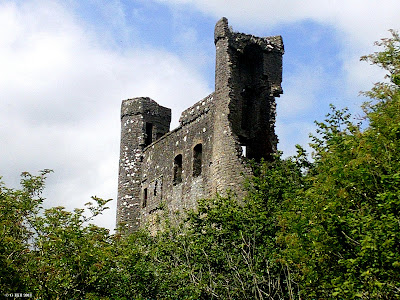 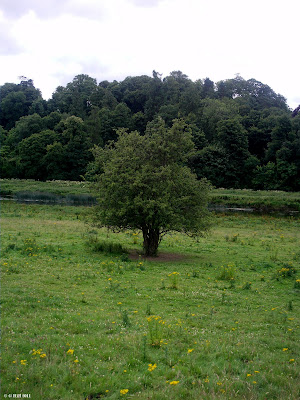 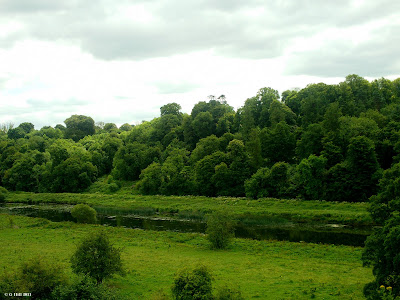 Above 2 Images: Views of The Tranquil Boyne River from the Ruins 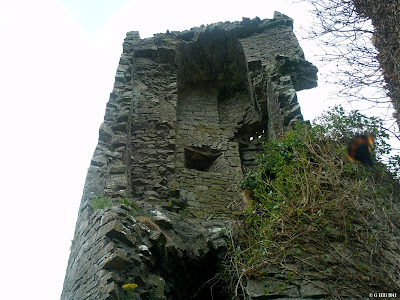 Above Image: One of the Turrets exposed 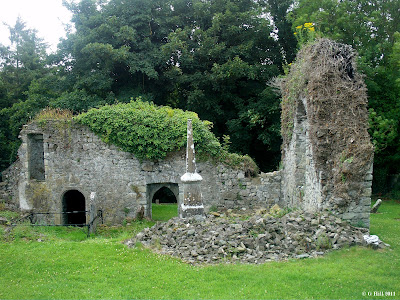 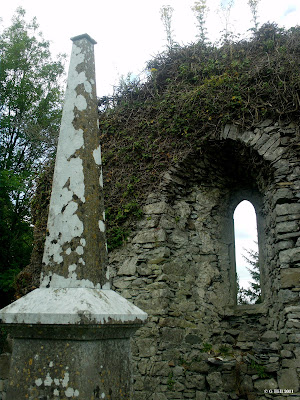 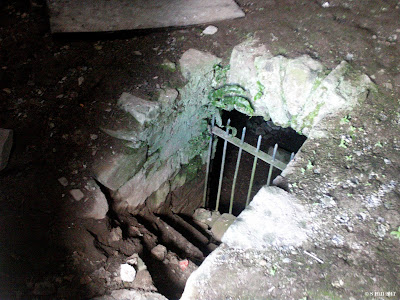 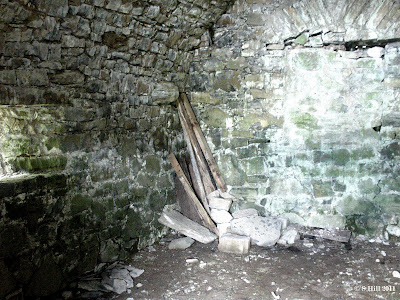 Above 2 Images: Within the Old Church 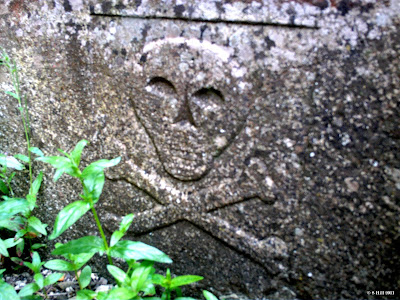 Dunmoe Castle presents a very striking image especially when viewed from the old canal path below on the banks of the River Boyne. The Castle was built in the 15th Century and was home to the D'arcy family. The Castle, originally a four turreted structure, is now, through years of ruin, reduced to just two. During the Cromwellian invasion in 1649 the Castle was fired upon from the South bank by passing troops on their way from Drogheda to Athboy, but avoided any real damage even during the Battle of the Boyne in 1690. It remained intact until it was destroyed by fire during the 1798 rebellion.
During their occupation of the Castle the D'Arcy's had their own Church and cemetery built adjacent to the Castle and this is where the D'Arcys were interred. There is , curiously on one gravestone the Skull and Crossbones which we had seen previously in the area in Old Athlumney Church. It is thought to symbolize Freemasonry.
Finding Dunmoe was relatively easy. It lies in meadowland at the end of a country lane. There are a couple of houses at the end of the lane and we parked and attempted to get an answer from the house which appeared to own the land on which the ruins stand. But we got no answer. Not wanting to blatantly trespass we walked around the lane to see if there was any other access, but the area was well fenced off. Just then a local couple crossed over the field from the ruins and climbed over the locked gate. They told us that it should be okay to enter once we were just looking and not attempting to fish as it is banned here without a licence. So enter we did.
The meadow crossing was a bit rough and with plenty of cow pats but on the other side there was a gate which you could open. There were signs within that the area was being used by a Farmer and we hoped that we would get to see the ruins without being challenged. This gate led us to the ruin of the D'Arcy family Church. It's a very eerie place and has a definite vibe about it. It lies in the shadow of the great Castle ruin which can be accessed by a stone stile in the surrounding wall. There is no point in trying to enter the Castle as it is but two walls and the undergrowth inside has completely taken over.One of the Turrets has been exposed and you can see the remains of the spiral stairwell. The views of the Boyne area from up here especially on a bright day are amazing. The meadow runs steeply down a hill to the River and makes for imposing views of the ruin above.
Opposite the Castle on the far banks are the fine architecture of the Ardmulchan Estate with steps running down the riverside.We took some time to take in what was once a majestic home and no doubt a strong fortress before deciding it was time to leave as we had managed to do what we came to do without interfering with any body's property.
To find Dunmoe, take the N3 from Dublin into Navan. On the edge of Town turn right onto the N51 (Slane Road). After about 2.5 Kilometres you will see Donoghmore Round Tower on your left. Continue on for about 1.5 Kilometres and take the next right hand turn onto Dunmoe Lane. At he bottom of this Lane you can park and will see the Castle in the meadow.
Posted by Castlehunter at 13:26