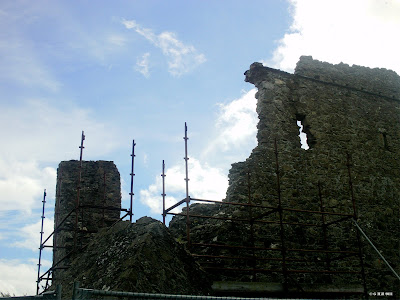 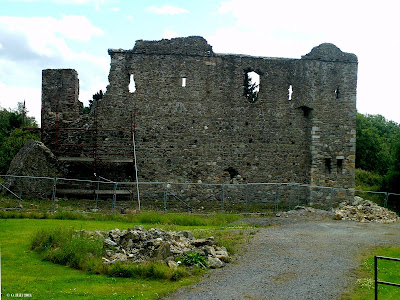 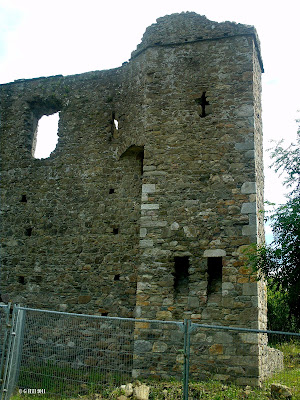 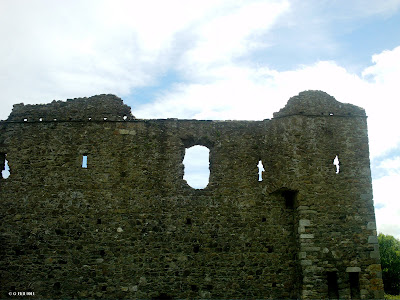 Kindlestown Castle is located near the Village of Delgany in Co Wicklow and stands as an example of what is termed a "Hall House". It is believed to have been constructed by Albert De Kenley around 1300AD but more likely to have been completed by the Archbold Family who were prominent in this area at the time.
The Castle was ransacked by Cromwell in September 1649 but remained occupied by the Archbolds until the 17th century when it was purchased by the Earl of Meath. It appears to have remained occupied until at least the 18th century.
We found the Castle tucked away in a sectioned off area of a quiet housing development called Dromont. The only audible sound on this deathly quiet road was the barks of a Dog disturbed by our intrusion.
The castle was under excavation in both 2001 and 2006 and there still appears to be work in progress made evident by the scaffolding and work sheds on site.. It is not accessible at the moment for closer inspection as you are restricted by fencing to about 10 feet from the structure. Only the north wall remains intact and the north eastern tower has collapsed exposing part of the stairwell within. It appears the building was a two storied structure, but little of the rest of the Castle remains beyond this existing wall. Nonetheless it is worth a visit if you happen to be in the area.
To find Kindlestown, take the N11 from Dublin and exit for Delgany just after the Glen of The Downs. Drive through the Village and take the left hand turn at the Wicklow Arms onto Convent Rd. follow this road and it leads onto Chapel Rd. Look for Dromont on your left. The Castle is a Little way down this road on the left hand side.

2018 UPDATE:
I will revisit here soon but please note that the Wicklow Arms mentioned above appears to be out of business. If looking for it to direct you onto Convent road the shop front has the name "Macks" 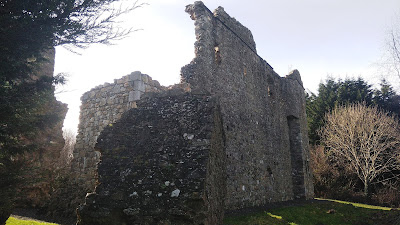 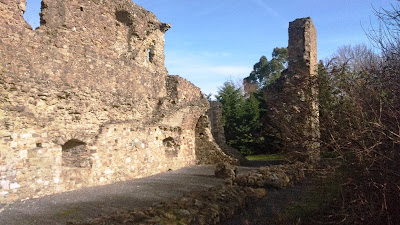 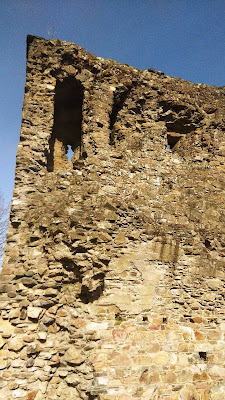 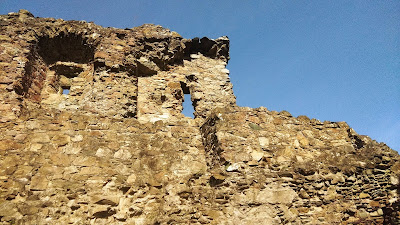 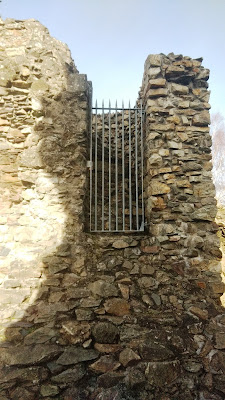 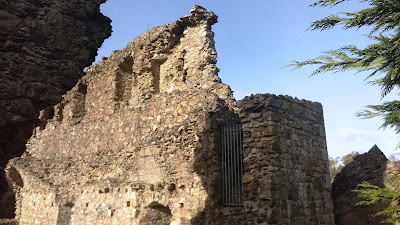 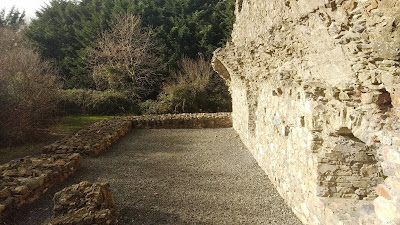 We got a chance recently to revisit here. It's a number of years since our previous visit and all the scaffolding has gone and renovation appears complete as you can see above. You can now get access to the reverse of the wall where some of the interior remains but also a lot at foundation level. It was still worth the time to go back. It's situated in a very quiet location and virtually no one was there on our visit.
Posted by Castlehunter at 20:16