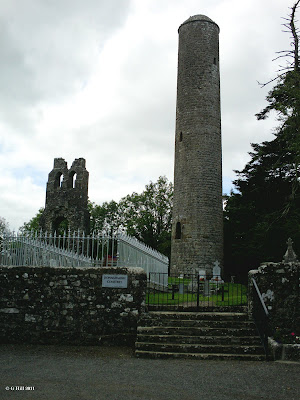 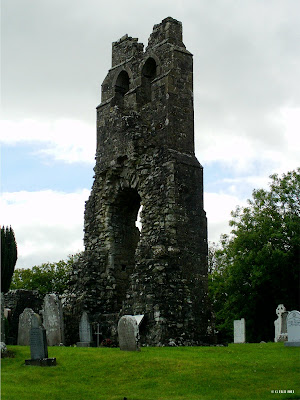 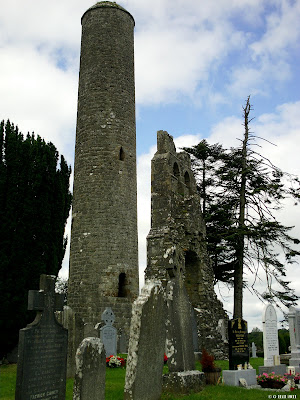 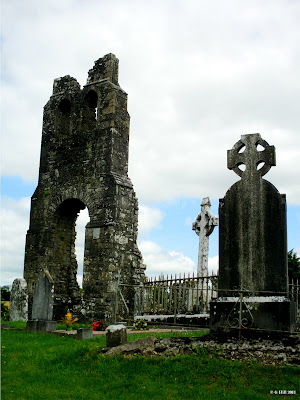 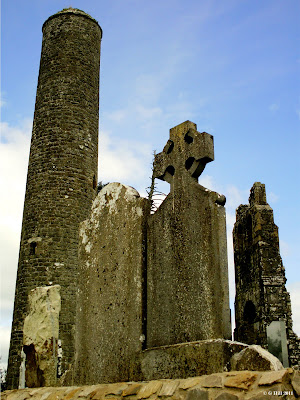 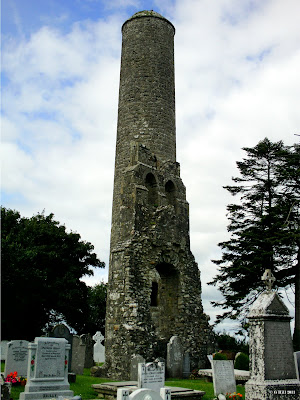 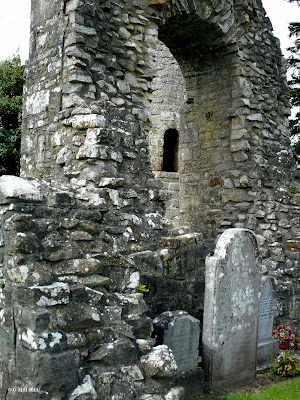 Donoghmore lies just East of Navan Town in County Meath. This site consists of an 800-900 year old Round Tower and a 16th century Church ruin. Local history maintains that this religious site dates back as far as the time of St Patrick in the 5th century. The Tower stands at approximately 80 feet, is built from limestone and can be seen from quite a distance, as the Graveyard surrounding it is on elevated ground..
The Tower is almost complete, just missing the top capstone and all that remains of the Church is the bell Tower. They both still add dramatic effect on the landscape.
The gravestones reveal a traumatic period in Irish history. One documents the remains of a Croppy boy (or Rebel) who died in the 1798 rebellion, another, three young children who died within the space of a week from influenza. A third documents a man hounded by Priest chasers!
The site can be accessed during daytime through a gate which is locked after 5pm. There is a small car park just in front for convenience.
To find Donoghmore, take the N51 from Navan towards Kentstown. You will see the Round Tower a mile or so down the road on your left. Take a left hand turn which is well signposted and a couple of yards up this lane there is a gate on the left which leads you in.
Posted by Castlehunter at 19:33