The Well Of The White Cow Co Meath 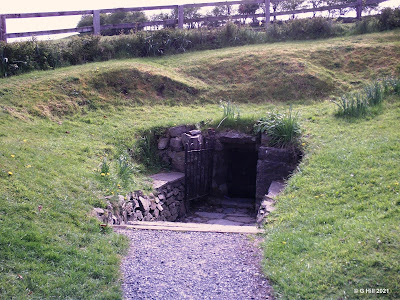 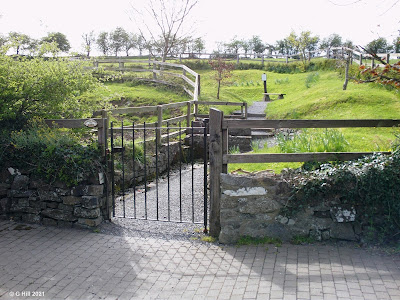 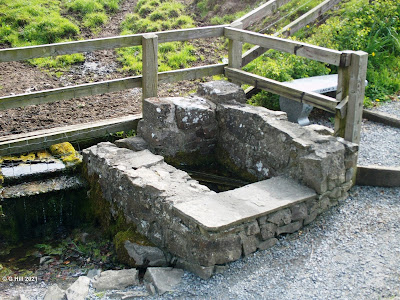 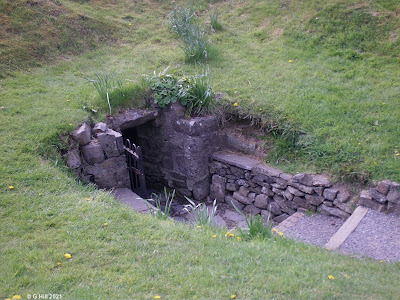 Above & Below Images: The Well entrance 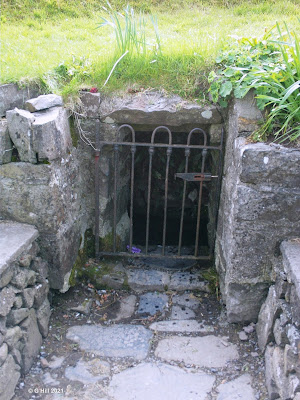 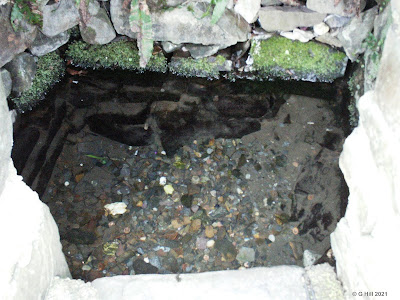 Above Image: The Well water 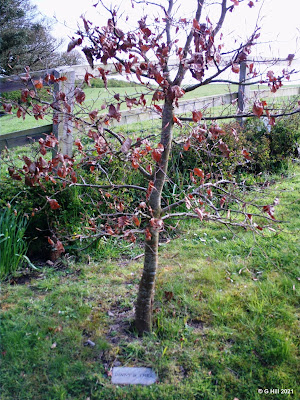 Above Image: The Rag tree 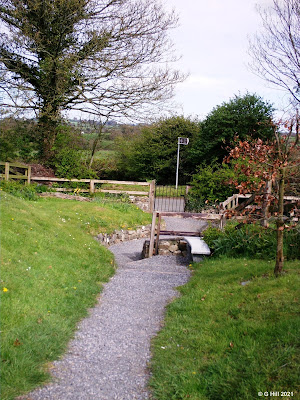 Holy wells...the mere name suggests a sense of something old and unusual and while I would not normally seek them out I have come across a few on our travels and they have somehow weaved their way into my circle of interest so I will always divert to take a look at one if possible.
This particular well is one of maybe half a dozen recorded in the area surrounding Tara in Co Meath. Most but not all are now non-extant having been covered over or absorbed into the local drainage system but The Well of the White Cow has been saved from ruination and restored for public access.
The name given to it is one of several monikers including "Cormac's Well", The Well of the Dark Eye","The Physicians Well" among others and more recently "Saint Patrick's Well". I much prefer the White Cow title myself.
The well has been a local feature for many centuries and at one time was a supplier of water for the nearby village. It's origin date is unknown but many wells can stretch back far beyond early medieval times. St. Patrick whose name is also given to the well lit the paschal fire on nearby Slane in 433AD and as it is also named after him maybe it was in existence at that time. What is commonly known is that it's period of use ended sometime around 1800 and that in the early part of the 21st century was situated within the bounds of private farmland.
In 2002 according to a signpost at the site, the then landowner Mr Dinny Donnelly permitted a local group called The Friends of Tara and also "Slaine" the society for well restoration to restore the well with the aid of a council grant and a public fundraiser. Public access was granted and a roadside gate and pathway were installed after completion.
The well sits now within a small subterranean chamber surrounded by stonework and a metal entrance gate giving it the look of the entrance to a small Neolithic burial chamber. It has frequent visitors evident by the little tokens people leave behind and also by the rag tree to which people attach ribbons and such.
This a very peaceful and bucolic site and indeed Tara itself is well worth a visit if you find yourself in the area.
To find the well take the M3 motorway and exit at junction 7. Take the R147 South from the roundabout signposted for Skryne. Drive for approx 1KM until you see a right hand turn for the L6200 for Tara. Turn right here and drive the length of the road until you reach a T-junction with the Tara car park opposite. Turn left and continue for approx 180m past Maguire's Cafe which is on your right hand side and you will find the well entrance. I would suggest parking at the car park at Maguire's and take the short walk down to the well gate which is also on your right hand side as the road is a little narrow for parking outside..
Don't forget to try the tea and cream scones at the cafe!
Posted by Castlehunter at 16:04