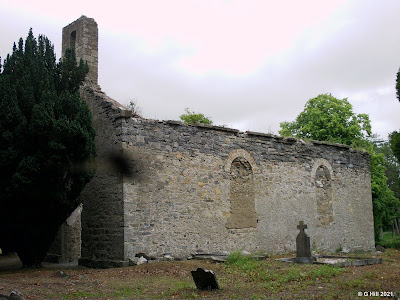 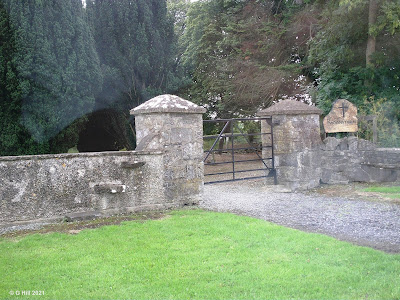 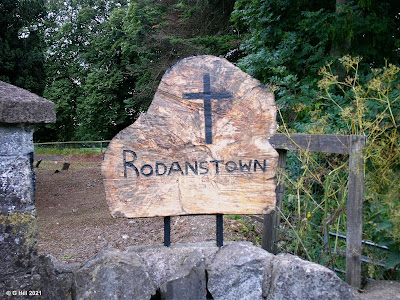 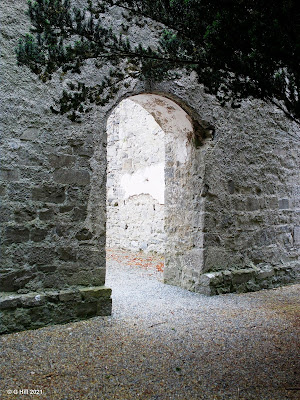 Above Image: The church doorway 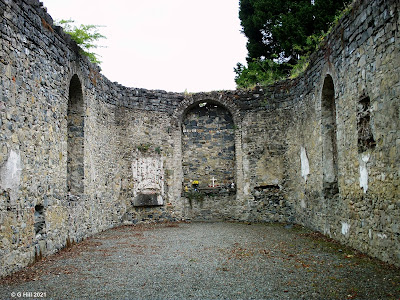 Above Image: The inner apse in the East wall 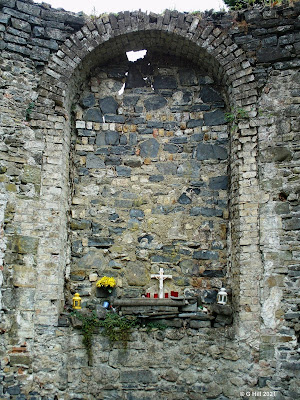 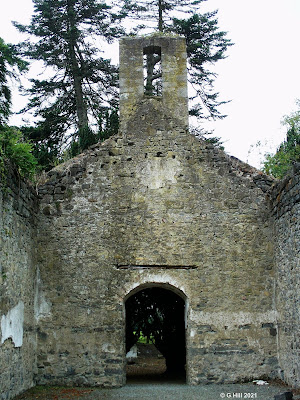 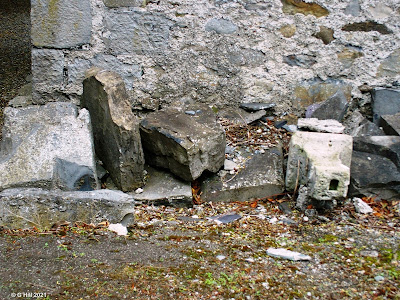 Above Image: Remnants outside the church 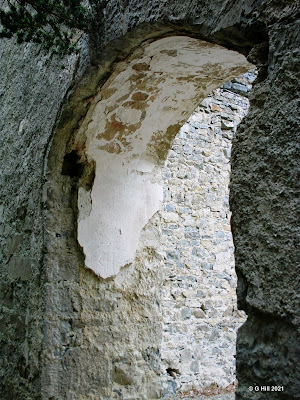 Above Image: Plaster remaining on inner curve of doorway 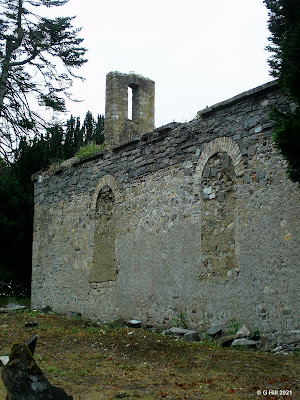 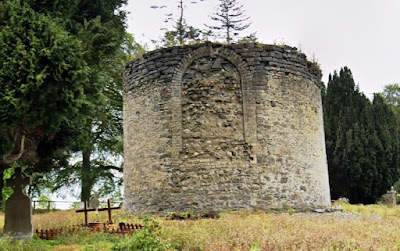 Above Image: The outer walls of apse. 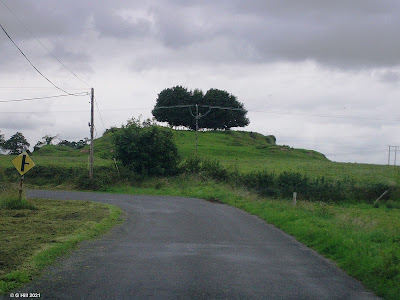 Above Image: The nearby Rath.
We came across this old church while travelling through the backroads of County Meath. It is positioned within an old graveyard at a quiet road junction. This was the summer of 2020 and the country had just relaxed covid lockdown so inter-county travel was possible again albeit for a short time.
The existing ruin is of an 18th century structure and is still fairly solid though roofless, its windows blocked up and sills removed. It was built on the site of the ancient medieval church of St. Rodan which was suppressed in 1540 when the then townland name was Balradan. It was part of the holdings of St Peter's Abbey in Newtown Trim. The older church became ruinous and is now non-extant. Some of its stone may have been incorporated into the later structure. A font from the older church was salvaged and is now located at Milltown near Kells.
The present ruins are rectangular in shape and at its East end form an apse. This a convex shaped wall which I myself have only come across once before in Rathkenny Church (see previous post here). There is  a round headed doorway in the West wall with yew trees forming an arboreal archway toward it. Some of the original plaster work can be seen on the inner curve of the door. At some point the walls were raised by about 3 feet to round-head the windows and include a belfry in the West gable.
The headstones date from the mid eighteenth century to the early twentieth century with a small scattering of more recent stones from approx 40 to 50 tears ago.
We walked around these peaceful grounds which I felt was soaked with atmosphere. It was the the perfect embodiment of a country churchyard that would no doubt have pleased Thomas Gray. We encountered only a groundskeeper on our visit pottering about the gravestones.
Strewn about the outer base of the ruins were what may be remnants from the medieval church.
About 550m NE of the church ruins you can clearly see an ancient Rath or Ringfort which is a large flat topped grass mound stepped up from ditches and was designed as an early form of defensive structure. This one is located in fairly level surroundings and so is quite prominent. It is now topped with some trees. The Rath probably dates from the period 400-1100AD although there is discussion that some Raths may date back as far as the Iron age. A rather overgrown field gate can be found along the roadside but the Rath looks to be on private land.
To find the ruins take the R125 heading from Kilcock (road opposite Macari takeaway in the village) and drive for approx 320m until you reach a crossroads. Continue straight on through and follow the sign for the L6219 to Dunboyne. Approx 2KM along you will come to a sharp right hand bend. You will see the Rath on your left. Continue on around the bend and drive approx 400m and you will spot the ruins on your right. You can park at the roadside outside the church gate.
Posted by Castlehunter at 11:38