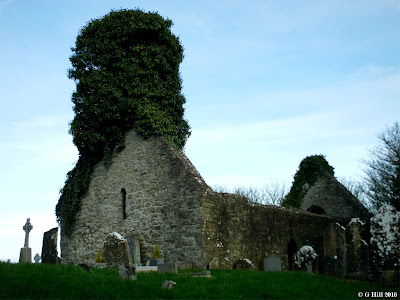 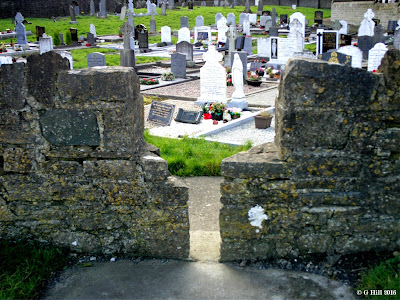 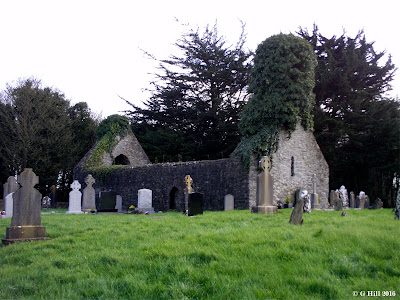 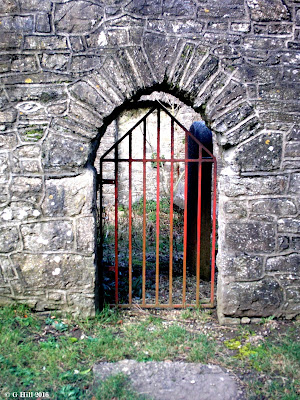 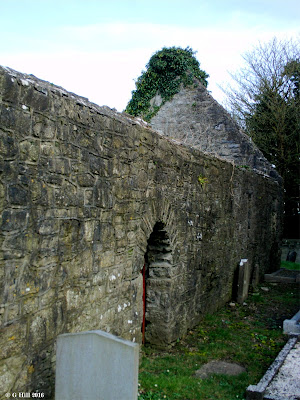 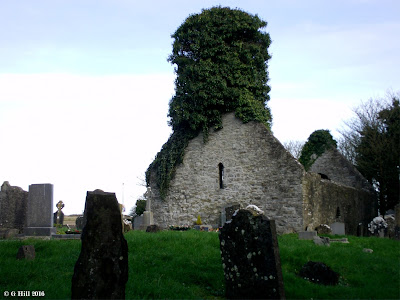 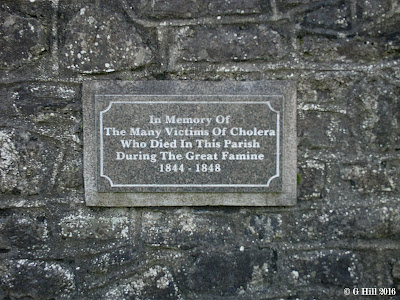 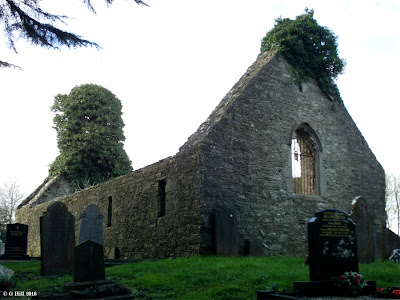 This picturesque little ruin lies near the village of Rush in North East Co Dublin. It is situated in an enclosed graveyard which local lore says has been a place of burial for over a thousand years. The Church dates to the late medieval period and has all four of its walls upstanding. The Western gable has a raised bellcote which is now ivy covered and there is an arched window in the East wall. The doorway is in the South wall but is gated and padlocked but it is possible to see some of the tombs within, one of which belongs to the Baron of Strabane and the other of the Palmer family late of Kenure House of which all that remains nearby today is the large Portico (see earlier post here )  There is a memorial plaque on the North wall of the Church recounting the many victims of Cholera in the area during the great famine. The Church is long out of use and is listed as being in ruins on the 1837 ordnance survey map although much earlier than this is more likely.
Interestingly enough the graveyard also contains the remains of one John Connor an 18th century smuggler locally known as “Jack the Bachelor”. Born in Wexford but brought up in Rush he was heavily involved in smuggling between Rush and the Isle of Man operating out of a cave in nearby loughshinney. Involved as he was in smuggling he was also a very compassionate man and was well liked locally so much so that his funeral was attended by thousands of people.
The ruins today are surrounded by grave markers some dating back to the 18th century. There is a slope on the western side of the church leaving it elevated and although well maintained that the graveyard is some of the stones here are leaning to the side giving the impression of possible subsidence. Well worth a visit and you could tie it in with the Kenure Portico.
To find the ruin of Kenure Church take the R128 heading Northwards from Lower Main Street in Rush. This is the road opposite Hackett's Victuallers. Drive for approx 1.8Km until you reach the old graveyard on your left. There is a left hand turn just past this with a sign pointing to St Catherine's Estate. Turn left and park along here. This road also leads you directly to the Kenure Portico