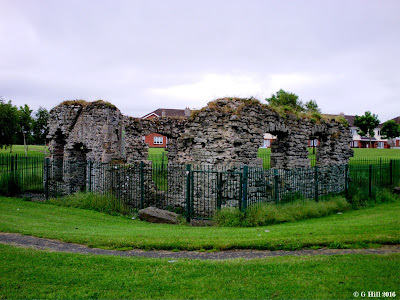 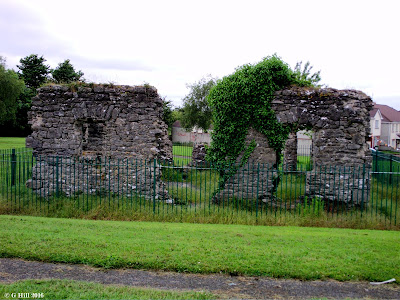 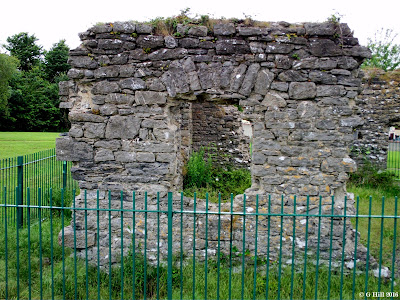 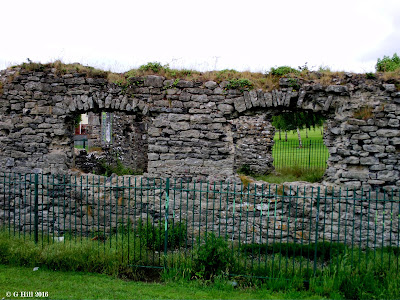 Above Image: Windows in West wall 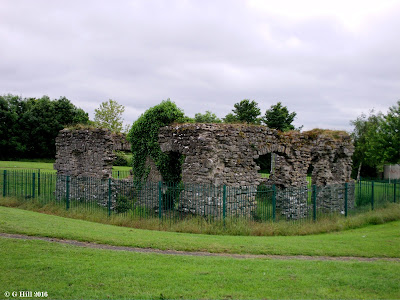 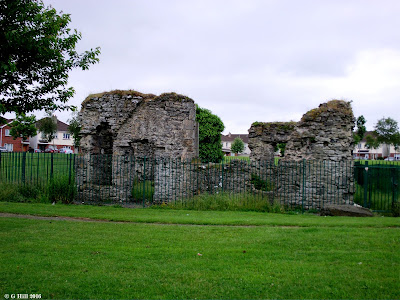 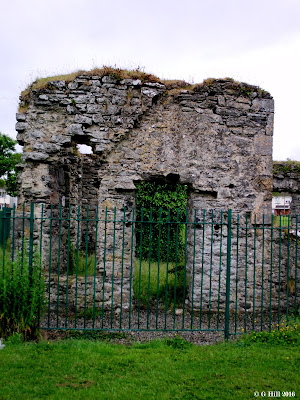 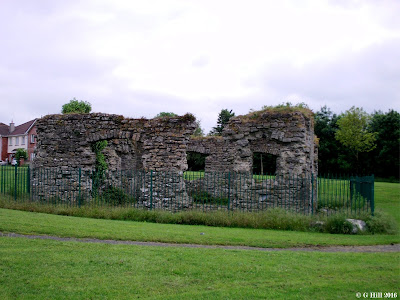 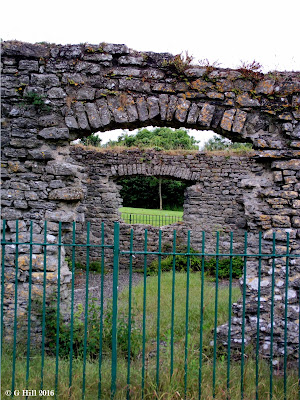 Glasmore Abbey is believed to have been founded in the seventh century by St Cronan Mochua. It thrived under his tenure so much so that it unfortunately drew undue attention from Danish invaders stationed in Malahide, a position they held from where they executed raids and plundering on various Abbeys and Monasteries. Glasmore was attacked and destroyed only a few decades after its construction and its entire community ruthlessly slaughtered.
What is known today as Glasmore Abbey on actual viewing seems quite small for a possible Abbey and indeed Fingal county Council have reported that historically according to the Martyrology of Oengus and the well renowned Annals, the Abbey was positioned South of Swords and not North as this structure is, so this of course is leading to some confusion and doubt. The nearby St Cronan’s well may have given the ruin association with the Saint but its true origin remains a bit of a mystery. It is believed judging by the stonework to be dated to the late medieval period which would certainly discount its authenticity as the Abbey. It measures roughly 30 feet by 30 feet in size and is located on a green area in a large modern housing development called Cianlea on the fringes of Swords in County Dublin. The ruins have been surrounded by a fence for protection as in July 2000 they were deemed dangerous by a council inspector and the developer of the new housing estate agreed to clear off the ivy and reinforce the walls where necessary so that development of the estate could go ahead. Even with its surrounding fence it is still possible to see all aspects of the ruin clearly. There are windows in all of the walls and a doorway on the Northern side but the ruins show a structure of an unusual design not looking particularly ecclesiastical and also as pointed out by the council not containing evidence of a chimney that would indicate that it might have been some form of dwelling.
So what is it? For certain it is listed on the 1837 ordnance survey map as Glasmore Abbey (In Ruins) so it has been called that for nearly 200 years or more. But other than that there appears to be no other information that would lend credence to it being the actual Abbey. In the past any excavations have not revealed what remains to be part of a larger structure so it is what it is. From the information I can garner we are still left with a doubt and a continuing mystery. However in any case it is an unusual little ruin and worth a look if you happen to be in the area.


To find the ruin take the R132 Northwards from the roundabout at Dublin Airport and at the second roundabout thereafter (Pinnock Hill Roundabout) turn left for Swords. Drive until you pass a pub with a thatched roof called The Lord Mayor’s and take the next left hand turn onto Church Road. At the top of the road at the large Church take a left hand turn onto Brackenstown Road.  Drive on until you reach the sixth right hand turn which is St Cronan’s Avenue. Turn right onto the Avenue and continue until you reach the third left hand turn into an estate called Lioscian. Follow the road in around a left bend and turn right at the T-junction. A few yards later turn right at the next T-junction. You will see green area ahead at which you can park alongside. The ruins are in the green area.