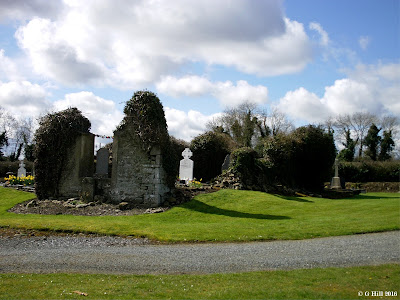 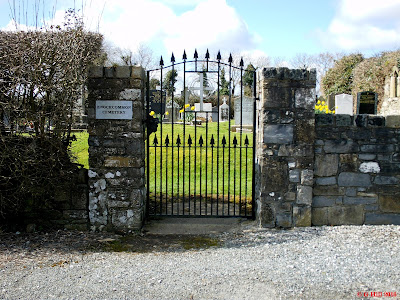 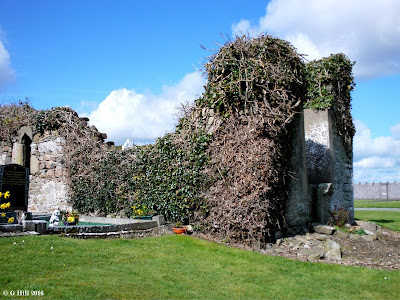 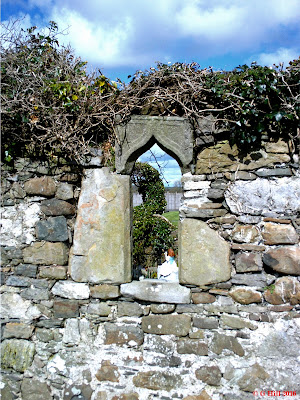 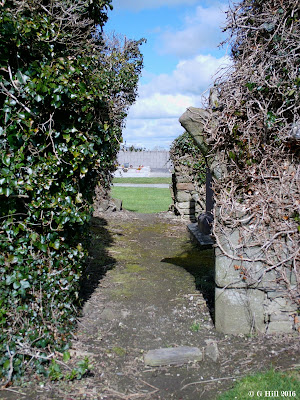 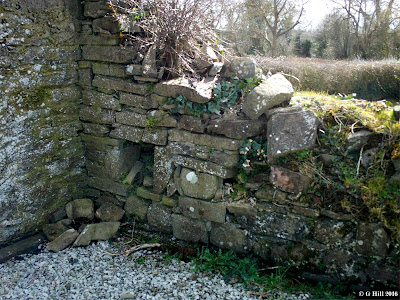 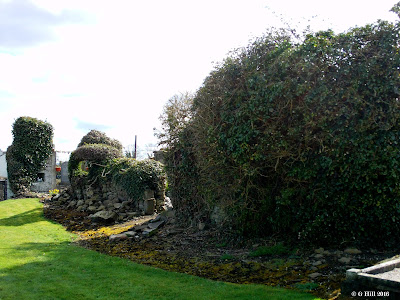 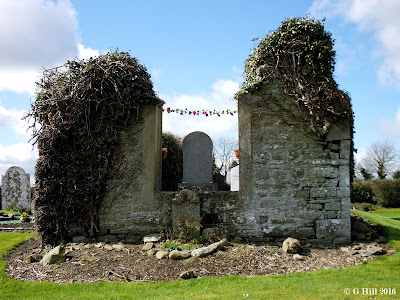 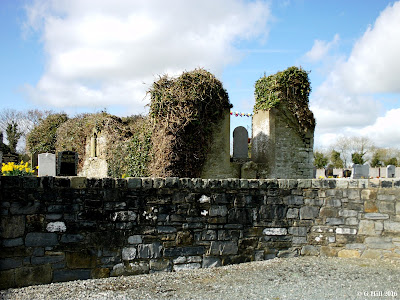 I came across this modest ruin on a back road off the N2 in County Meath. Access is by way of an unlocked gate in the boundary wall that lead you to the remains are of a simple Church with nave and chancel. The walls stand to approx. half of their original height with the East gable a little taller. The arched top of the window in this gable is now missing and the gable area appears to be utilised as a form of shrine. There is a very nice ornate window in the South wall and remnants of a doorway with a matching aperture facing it on the North wall. There is scant information about the Church only that it is medieval in date and would have been amongst one of the numerous parish Churches that dot this area. The Church is listed as simply Knockcommon Church on the 1837 Ordnance survey map not really indicating what state it was in structurally but it is listed as being in ruins on the later 1888 map. Ivy is encroaching now but the graveyard is maintained so this may hopefully be cut back at some future date. The ruins are located in what is a very bucolic setting with only one or two cars passing while I was at the site to disturb the stillness.
To find the ruins take the N2 heading North towards Slane and about 4Km before you reach Slane You will encounter a staggered crossroads with a restaurant called The Copper Pot on your right. Take the right hand turn directly after this restaurant and follow this road for approx. 1.7Km until you spot the graveyard on your left. You can park easily alongside the entrance gate.
Posted by Castlehunter at 09:32