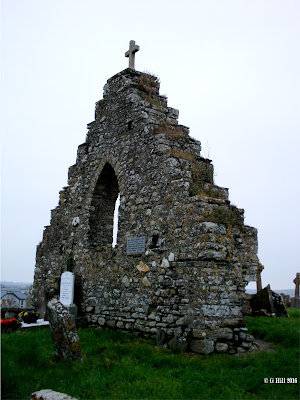 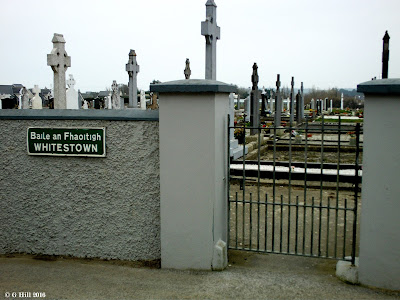 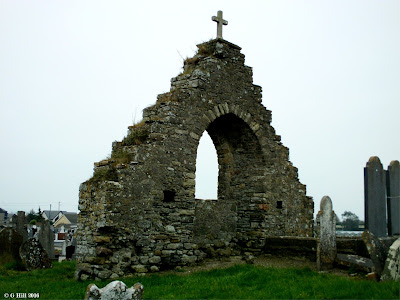 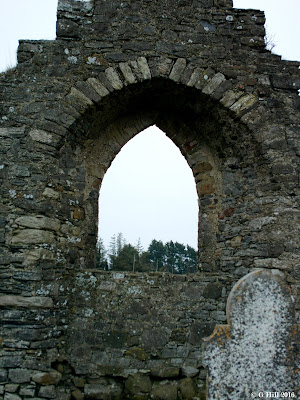 Above Image: Interior side of the window 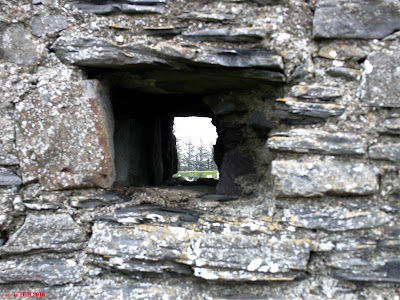 Above Image: One of the two apertures 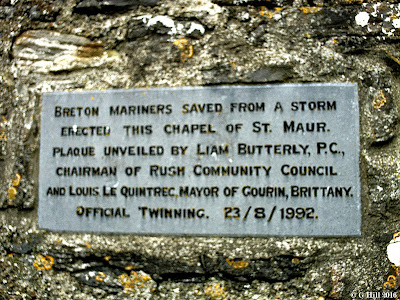 Above Image: The Plaque 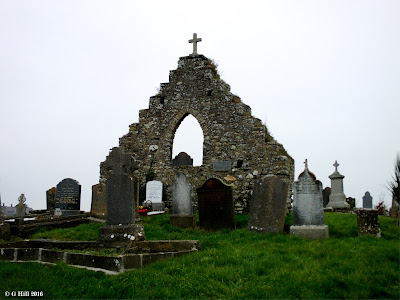 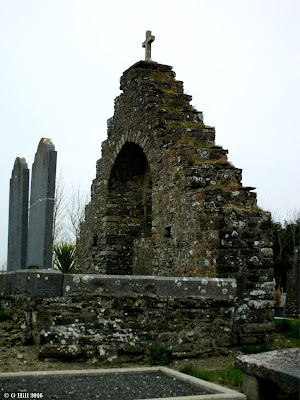 These modest ruins lie in an area called Whitestown roughly half way between Rush and Lusk in North East County Dublin. The Church could possibly date back to the time of the crusades. It is dedicated to St Maur (Maurus, a follower of St Benedict who introduced Benedictine rule into Gaul in the sixth century) Local legend has it that a group of Breton mariners (possibly crusading knights) were caught up in a serious life threatening storm at sea and prayed to St Maur to come to their aid. They vowed to build a Church in honour of him at whatever place he would lead them to safety. They apparently had their prayers answered as they managed to land at Rogerstown later to be called Knightstown (after the crusaders maybe?) and finally as it is called today, Whitestown.


All that remains now of this little Church is the East gable. There is a single arched window in the gable and two small square apertures on either side of it. The most unusual feature is the stepping effect leading up to the apex, not something I’ve seen before. The ruin is positioned on a raised area with none of the foundations showing. It was certainly in ruins by 1654 as it is described as so in a civil survey of that time. It was replaced in 1776 by a newer Church which itself was replaced in 1989. A commemorative plaque has been placed on the outside wall of the gable.
As I said it is quite a modest little ruin but with some interesting history attached and worth a look if in the area. Just to mention that this area is dotted with many historical ruins and it is possible to see quite a few in a short space of time.
To find the ruin take the R128 from Upper Main Street in Rush heading towards Lusk. Drive for approx. 2.5Km and you will spot the ruin on your left in the graveyard. You can park at the gate safely. Access to the Church is by way of a gate in the boundary wall that also encompasses the more modern cemetery.