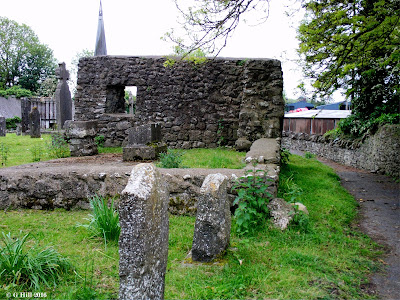 Above Image: View of possible foundations leading from South wall. They
do not appear to be the same width as partial remains of
the West wall facing out. 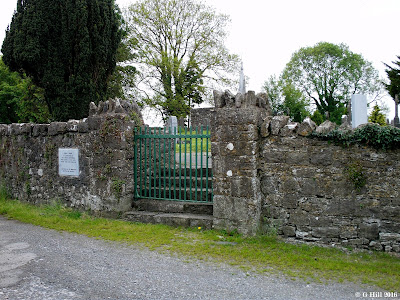 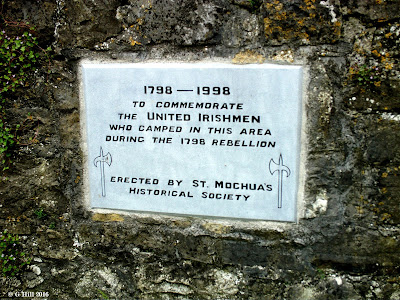 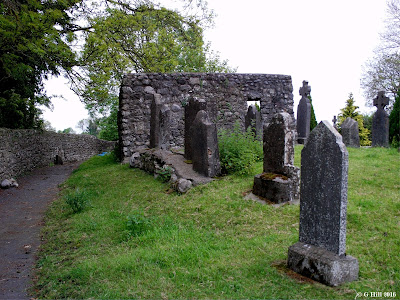 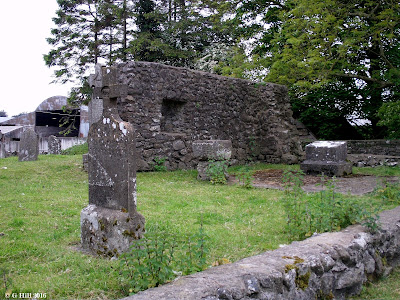 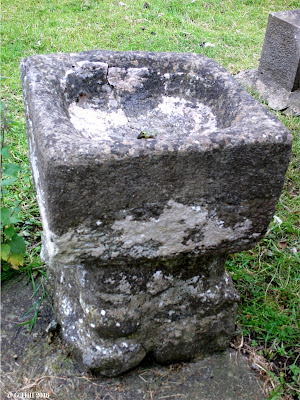 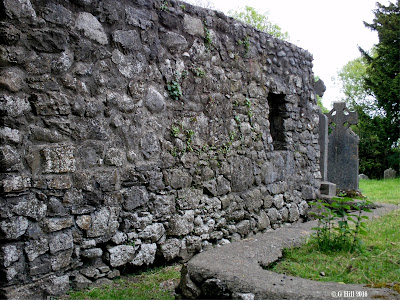 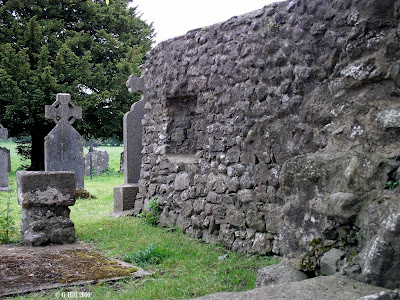 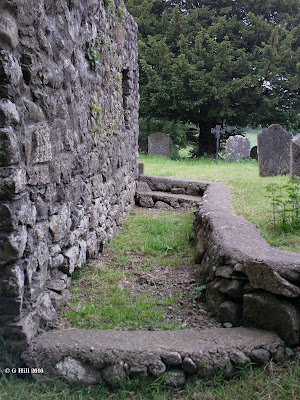 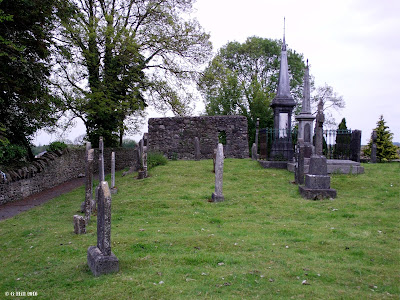 Some ruins are so small and so out of the way that unless you are a local you would bypass them without even noticing. In this particular case there are only scant remains of a medieval church located at the bottom of a quite narrow lane way in Timahoe East. There are no directional signs to it so you would hardly know it was there. The Church is described as being in ruins on the 1897-1913 ordnance survey map although given its current condition it is more likely that it has been ruinous for several hundred years.
The lane way leading in from the road is as mentioned fairly narrow and is dotted sporadically with potholes .The graveyard lies at a small junction about halfway down this lane. An atmospheric creaky gate in the boundary wall leads you into the graveyard enclosure and the ground inside is elevated from that of the roadside. The ruin is located on the North end of the enclosure and the area around it has been landscaped to some extent to preserve what does remain. Indeed today only the Southern wall is now upstanding and it measures approx. 18 feet in length and 6 feet in height. A single small window is its only extant feature. Partial remains of the West wall are also in evidence in the form of a corner meeting with the South wall. What looks to be foundations of the West and North wall stream out from the ruin but are not the same width as the partial West wall suggesting the possibility that these may have been later additions and not the original walls. Hidden behind the South wall is an information plaque attached to a plinth but it is fairly well obliterated now by bird droppings. Beside it is a stone font which more than likely came from the church. It appears to be in quite good condition given its age. This is a somewhat lonely little ruin huddled in the corner as if keeping a very low profile from the modern world.
Of historical interest there is a plaque on the boundary wall to the left of the entrance gate that commemorates some of the United Irishmen of the 1798 rebellion led by William Aylmer who took refuge here in June of that year at the battle of Ovidstown.
To find the ruin head West on the M4 motorway and exit at junction 9. On the top of the exit ramp take the first left exit onto the R402. This will bring you to a second roundabout. Take the second exit to the right following the R402 to Johnstown Bridge. Drive for approx. 9.5KM until you reach a small crossroads with a thatched cottage on the right. There is a sign pointing left for Timahoe. Turn down this road and drive for approx. 7KM until you reach a T-Junction with a sign pointing left for Kilcock. Turn left and approx. 100m further there is a right hand turn onto a narrow lane. Drive down this lane until you see the graveyard boundary wall on your left. You can park at the derelict cottages adjacent.
Posted by Castlehunter at 09:39