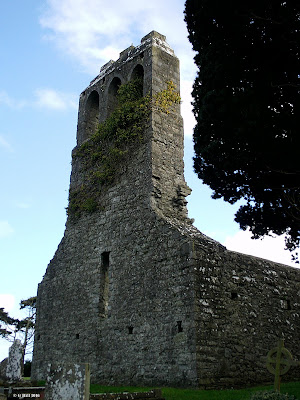 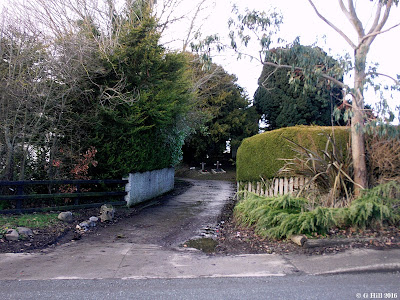 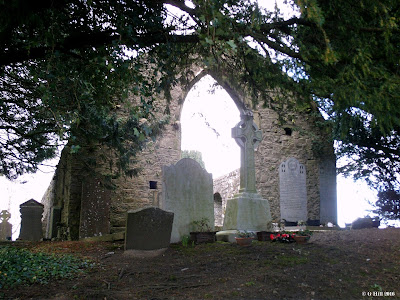 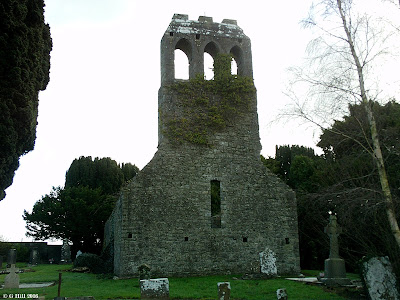 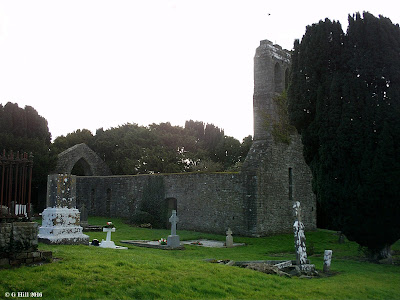 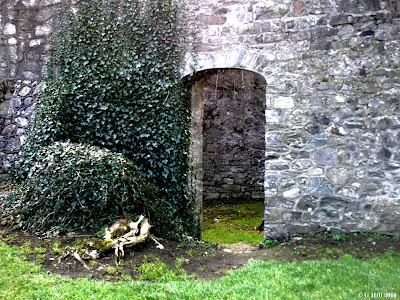 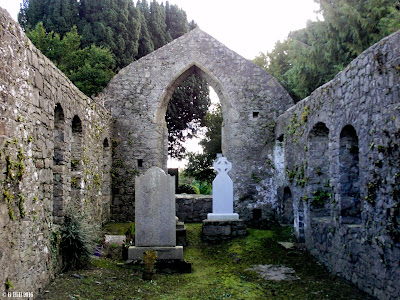 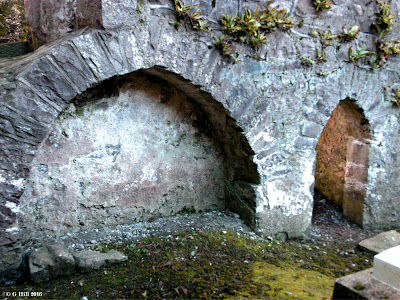 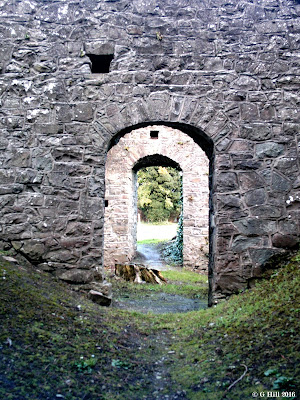 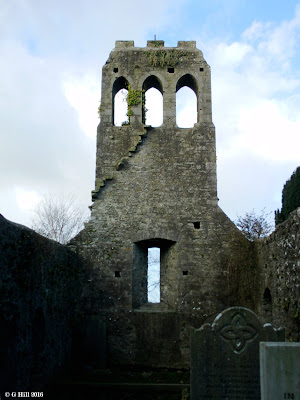 Above & Below Images: Traces of the non-extant roof 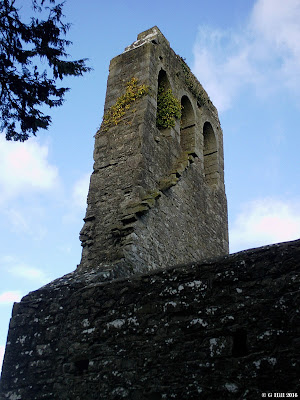 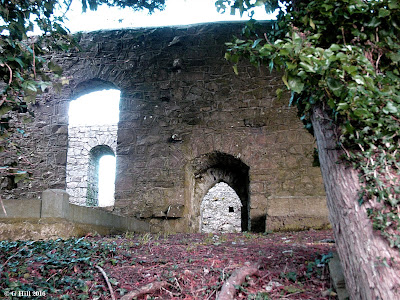 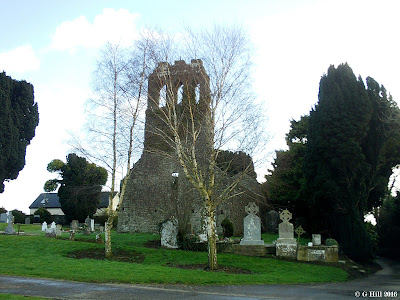 This Medieval church tucked away in North County Dublln was named Church of the Assumption but is better known as Ballyboughal because of some historical significance attached to it. The name Ballyboughal translated from the Gaelic “Baile Bachaille” means Town of the Staff which refers to the legendary staff carried by St Patrick or the “Bachall Iosa” (staff of Jesus) as it was also known. Legend has it that the staff was given to Patrick by Jesus to aid him in his missionary work. This revered Patrician relic apparently survived the years after Patrick’s death and in 1113 the Archbishop of Armagh commissioned a Church to be constructed to house and protect it and this is believed to be the Church at Ballyboughal. The staff was retained here until 1173 when during the Norman invasion Strongbow  took hold of the Church and confiscated the staff giving it over to Christchurch Cathedral. The staff then remained in Christchurch until 1538 when during the turbulent times of the dissolution it was forcibly taken and burnt by those who removed it. The Church at Ballyboughal fell out of use is recorded as being in ruins by 1630.
Access to the ruin today is by way of a lane way leading in from the main road at the Northern end of Ballyboughal Village. The first sight of the ruin is on your right hand side elevated from the pathway amongst the trees. Indeed this old part is at a slightly higher level than that of the more modern section which is still in use as a cemetery.
The ruin is in fairly good condition considering its age and all of the walls are upstanding. The most striking features of the Church are its extended West gable with its triple bellcote and the 14th century arched window in the East gable. There are entrance doors positioned opposite each other in both the North and South walls. Within the ruins some burials have taken place and there are some grave markers placed here. The interior consists simply of a nave and chancel undivided and the walls contain some arched recesses within them. There is visible evidence of the non-extant roof on the interior of the West gable beneath the bellcote. The Church is quite long in shape and reminds me a little of St Mary’s Abbey in Howth (See earlier post here ) There are a number of old gravestones around the church, the oldest dating back to 1720 which is located at the West end of the church. Also present is a monument commemorating the United Irishmen of the 1798 rebellion.

To find the ruin you will need to go a little out of the way. Firstly head Northwards on the M50 and take the junction 5 exit and follow the exit ramp marked City R135. This exit ramp curls round in a circle and brings you to a set of lights at Charlestown shopping centre. Turn left at the junction and drive approx. 350m until you reach a junction with The R104 (St Margaret's Rd) Turn left and drive until you reach a roundabout and take the first exit left onto the R122 for St Margaret's. Continue for approx. 2KM until you reach another roundabout and turn right onto the R108. This long road takes you around the perimeter of Dublin airport until you reach a T Junction. Turn right the take the first exit left at the next roundabout. This is the continuation of the R108. Drive for approx. 3KM until you reach another T Junction with the R125. Turn left and a few yards later take the first right turn signposted for Ballyboughal. Drive for approx. 3KM until you enter Ballyboughal. Continue through the village past O’Connor’s Pub on your right. The lane way for the church is approx. 120m past the pub on the left just after a new housing development. It’s a narrow lane and easy to miss but there is a sign opposite directing to Ballyboughal Burial Ground. You can just about park a car adjacent to the lane.
Posted by Castlehunter at 13:22