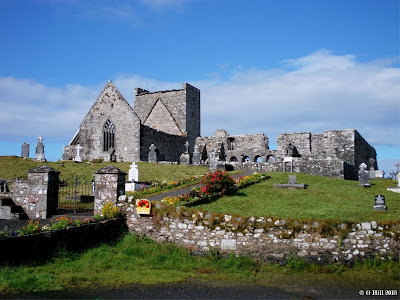 Above Image: Entrance gate & stile to the left 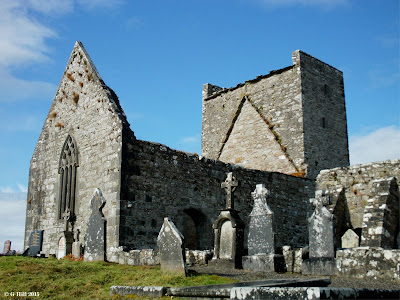 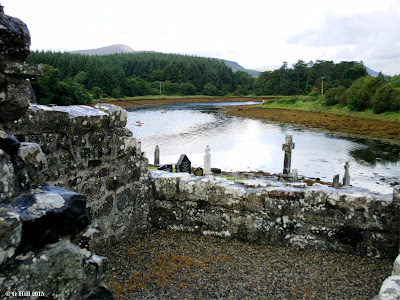 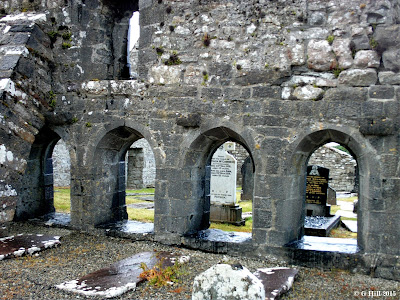 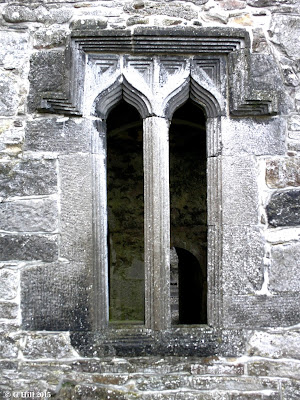 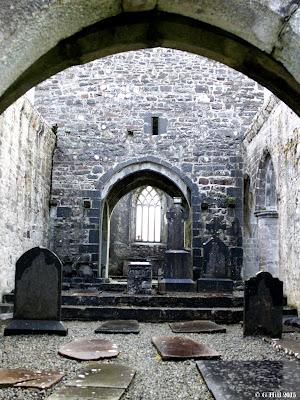 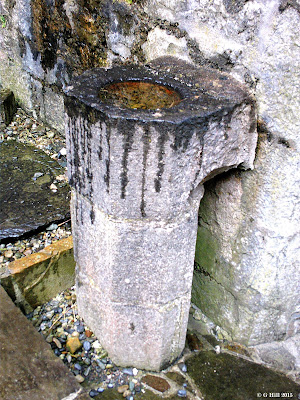 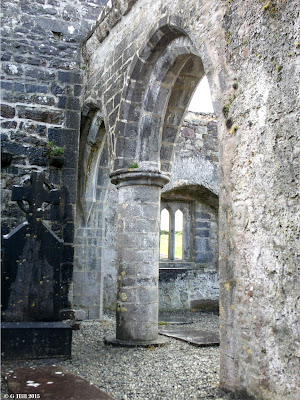 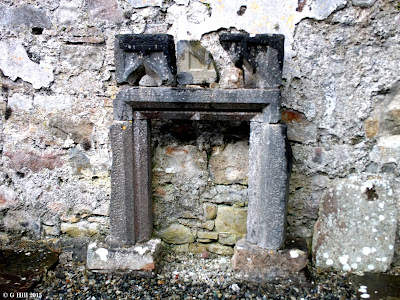 Above Image & Below 2 Images: Some interior features 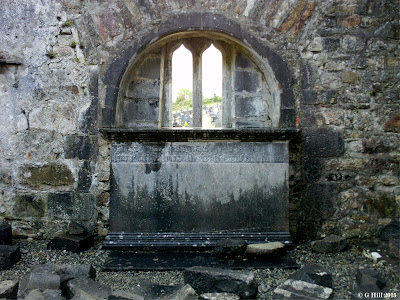 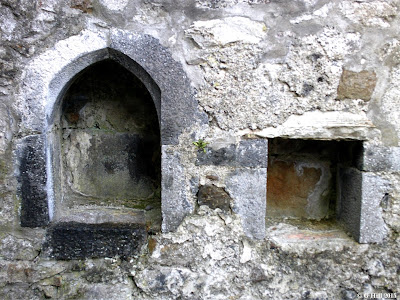 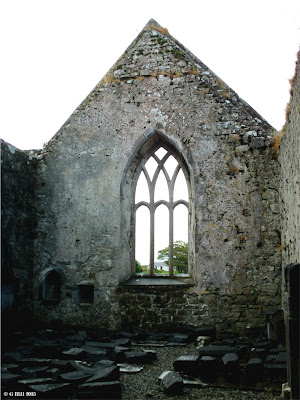 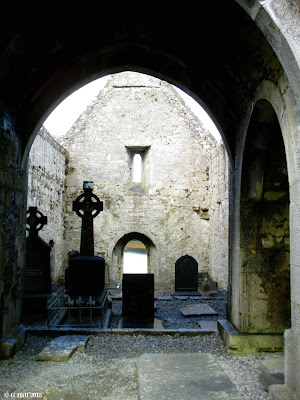 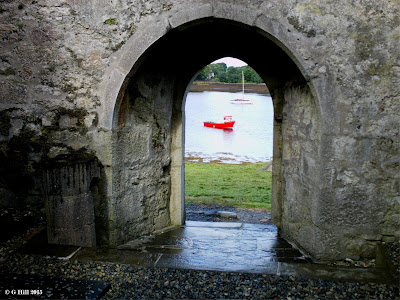 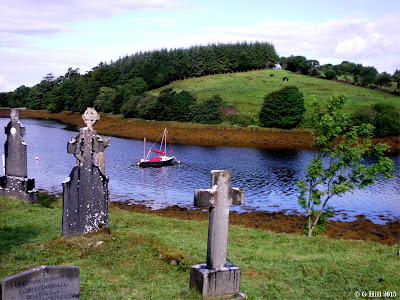 Above Image: View of inlet from West door 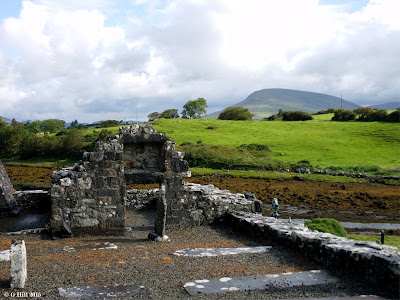 Above Image: View North with Buckoogh Mountain in distance 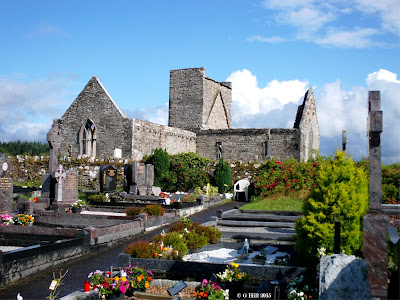 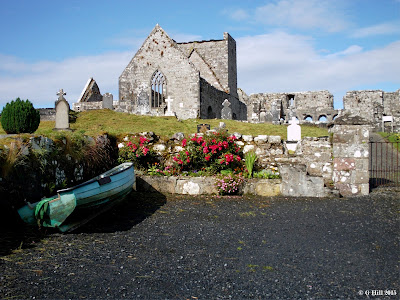 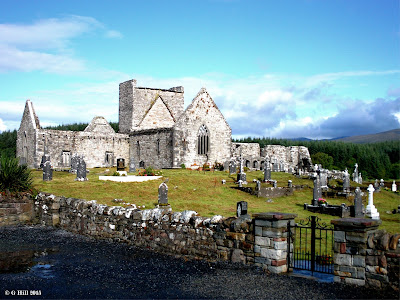 In 1470 Richard De Burgo of Turlough without prior papal permission founded this magnificent Abbey for the Dominicans. In this case the term Abbey is a bit of a misnomer as the Dominicans were friars and did not have Abbots, so the correct term should really be Burrishoole friary. Pedanticism aside the friars remained under threat of excommunication until 1486 when the Pope relented and a forgiveness was granted. De Burgo himself spent his last years as a friar within its walls. The friary was suppressed during the reformation and over the centuries fell into ruin leaving only the main church chancel and nave and the eastern cloister wall remaining.
This is a really picturesque ruin in a stunning location and is built on elevated ground above a narrow tidal inlet running in from clew bay. When we arrived it had been raining and the location looked a little grim but the sun broke through and the skies cleared to really illuminate this lovely spot. From the Friary the view below to small boats bobbing in the tidal water is one of the nicest sights I’ve seen in my ruin hunting.
The grounds surrounding the Friary are an active cemetery and so access was easy by way of the main gate. A gravel path leads you up to the remains of the cloister and the gable end of the chancel. As you step between the chancel and cloister there is a small door leading into the nave of the Church. The main door though is in the West gable. A large but not very high tower straddles the nave and the South Chapel is to the right of this. There are large windows in the gables of both the South Chapel and chancel. In the interior there are a number of interesting features including a stone font and pedestal located just inside the West door There are also some finely produced archways. Some burials have been made within the nave as it is deemed consecrated ground and the floor contains a number of large grave slabs. The floor of the South chapel is strewn with large blocks of fallen masonry but it is quite safe to walk around.
All in all it was a very pleasant visit to a picturesque and serene location and well worth your time to go and view.
To find the ruins take the N59 from Newport heading towards Mulranny (or Mallaranny as it is now being called) and drive for approx 1.8KM until you see a small slip road on your left which is clearly signposted for Burrishoole Abbey. Drive down this slip road for approx 1Km and you will reach the ruins. There is ample parking here.
Posted by Castlehunter at 13:54