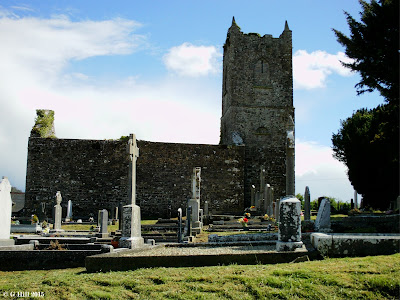 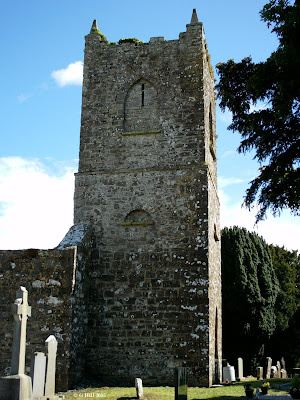 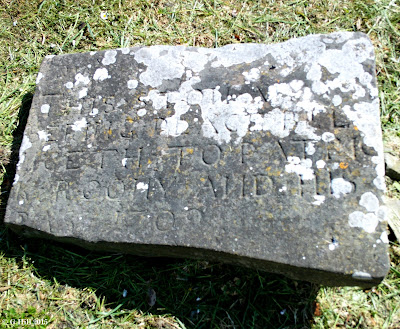 Above Image: Grave slab that appears to date to 1709 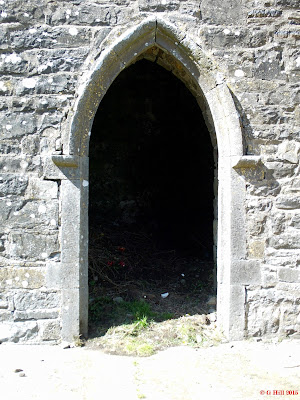 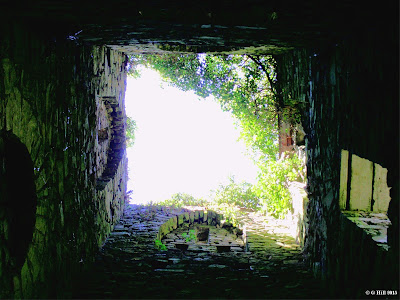 Above Image: A view up within the tower 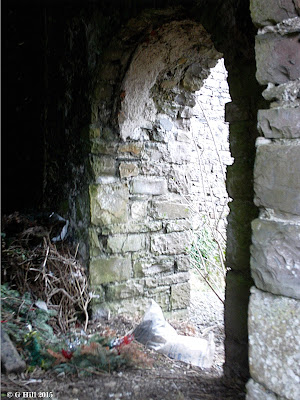 Above Image: Door to the Nave 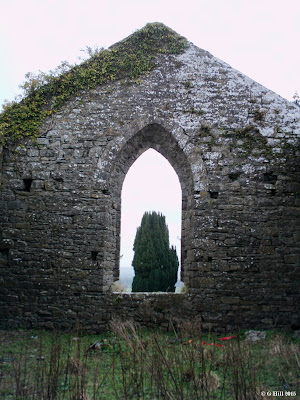 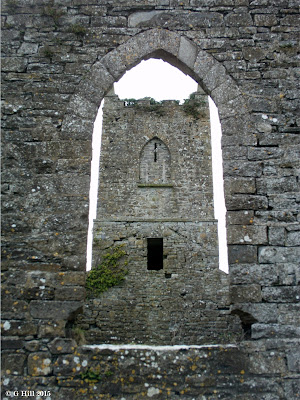 Above Image: View of the tower through the East window 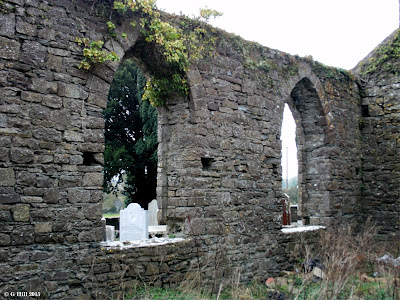 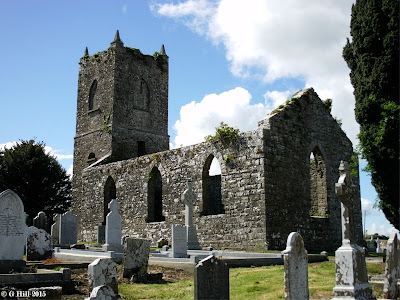 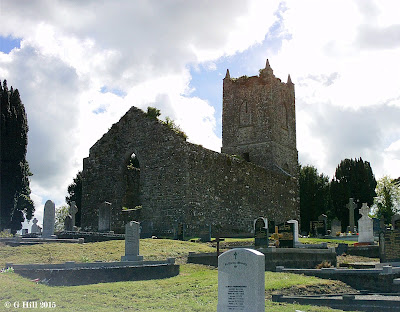 As you drive into Garristown village from the West side you can’t help but have your attention drawn to this large and very prominent ruin in the old cemetery. Originally the site of a medieval Church which fell into ruin in the 1600’s this later Church of Ireland building was constructed in 1791 and was apparently in use for only 80 years. It now stands de-roofed but still solidly standing at the centre of the enclosure. The tall tower’s Romanesque style windows have been sealed up but a doorway in its South face remains unblocked. It is possible to get inside and have a view up within the tower now open to the elements with it's bell long since removed. The main Church building is badly overgrown inside and uneven underfoot. The South wall has three windows with another in the East gable. The Church design is a very basic one and not dissimilar to others of its kind that I’ve visited but its slightly elevated location in a very well maintained graveyard gives it a very striking aspect all the same. The area around here is littered with ruins of various sorts including those at Grallagh and Oldtown (see earlier posts here  & here) so you could easily combine these into one outing.

To find the ruins take the exit at junction 5 of the M50 for the N2(M2) Northbound and drive for approx 15km until you reach a roundabout. Turn left on the roundabout continuing on the N2 for another 4.5km until you see a right hand turn for the L5007 (Phibblestown Wood). Turn right and follow this road for approx 3.5km and you will spot the tower of the Church on your right. You can park at the boundary wall of the graveyard and enter by the gate which is unlocked.