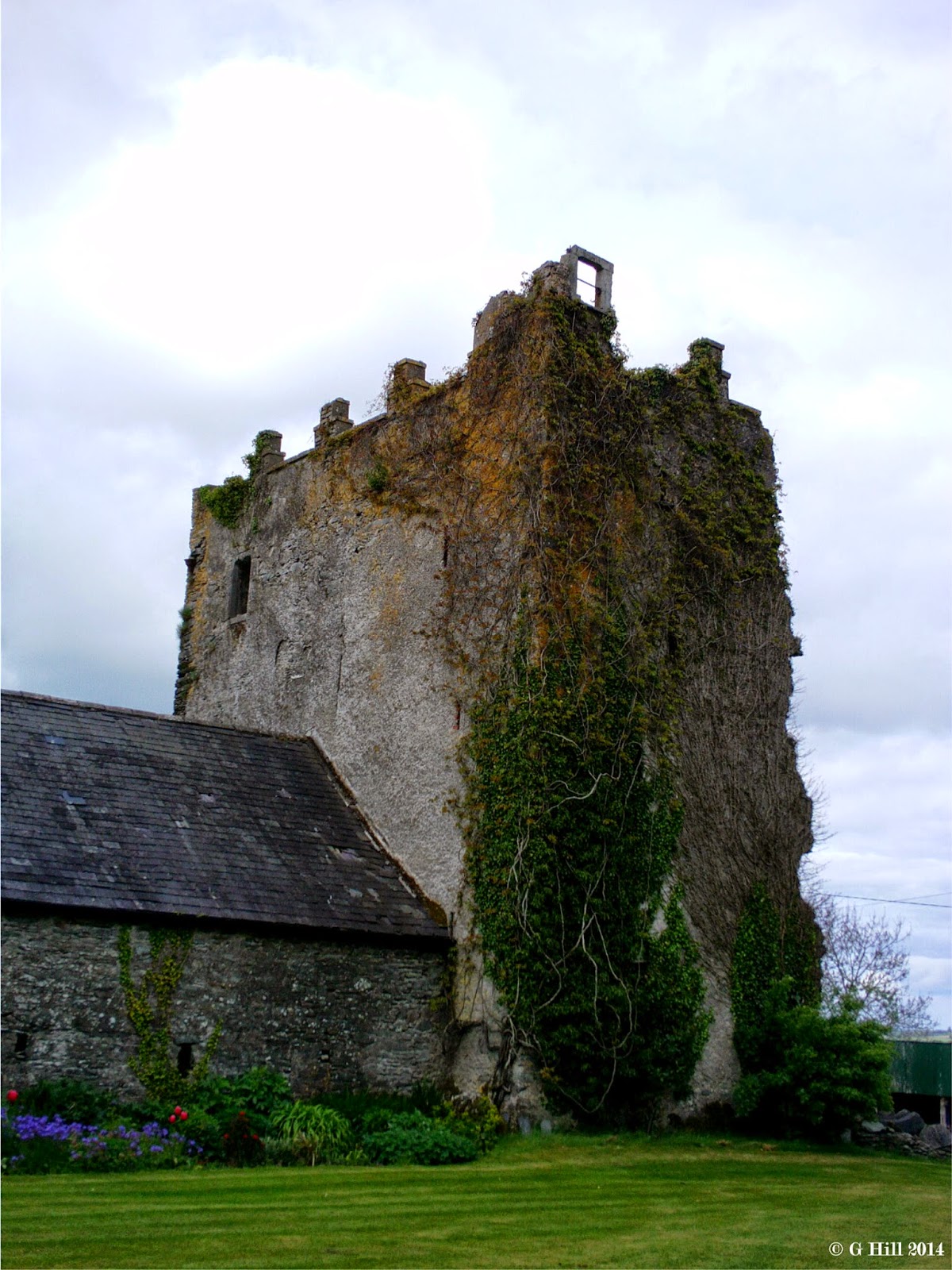 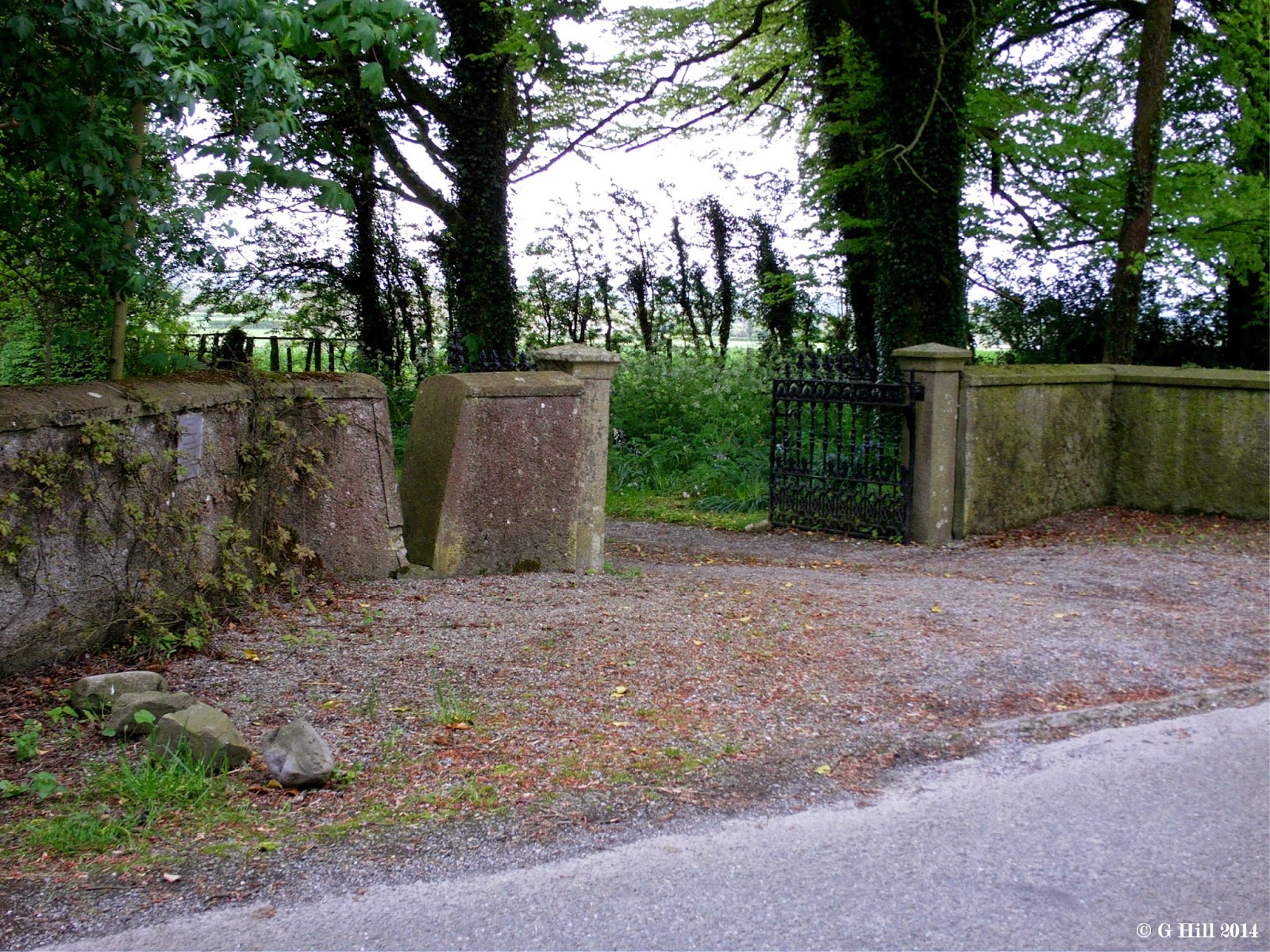 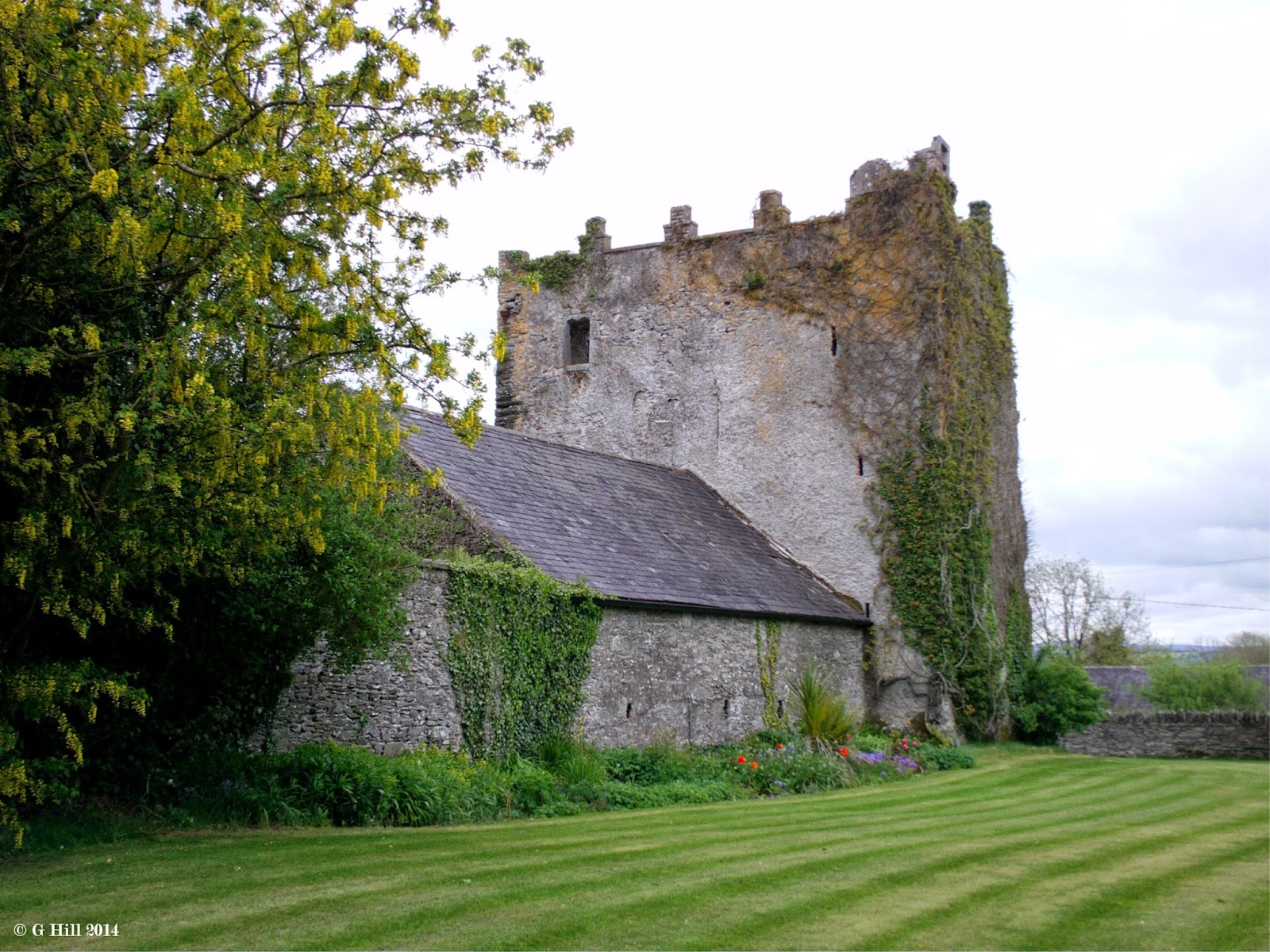 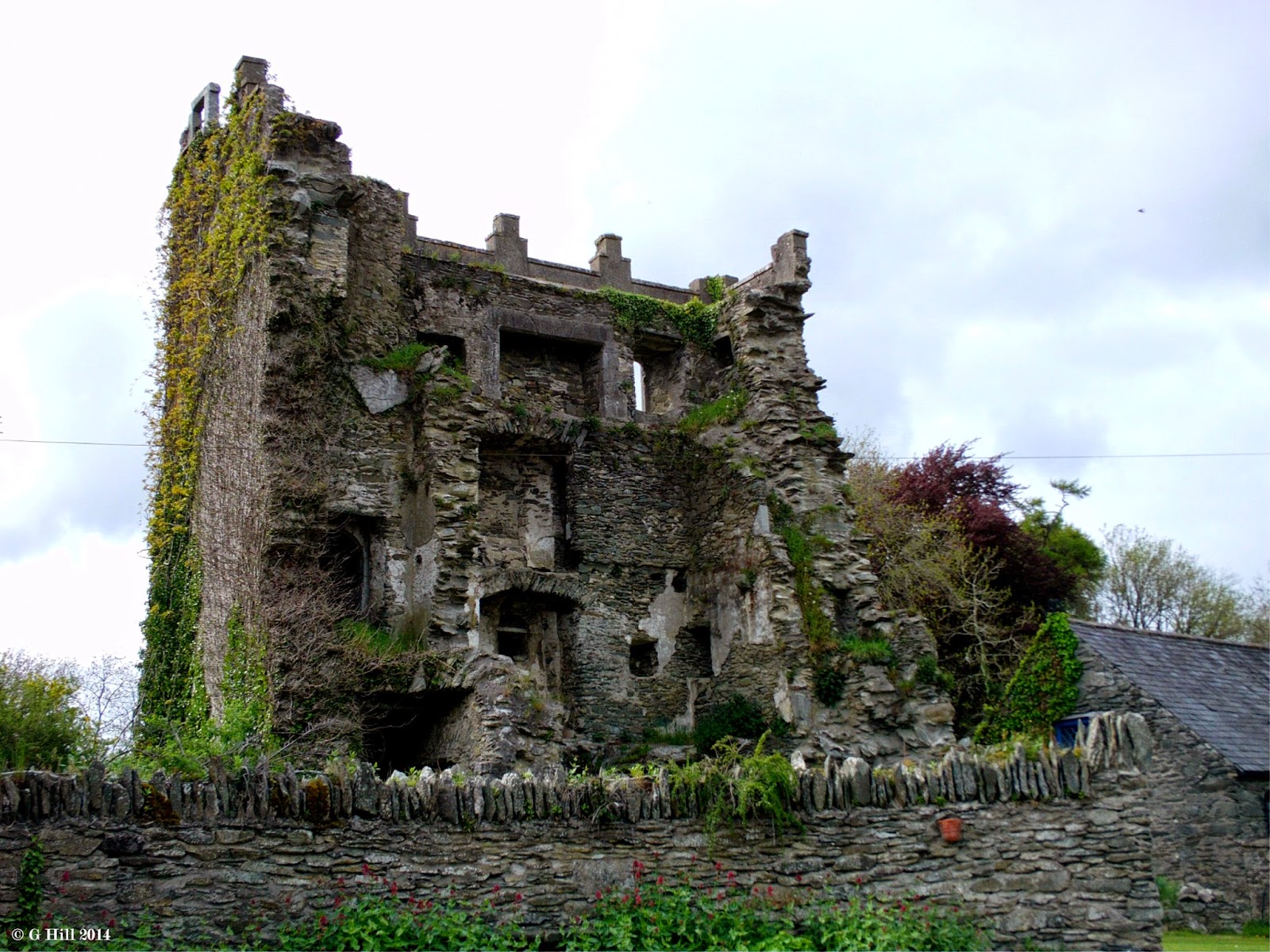 Above Image: Exposed interior of the West wall 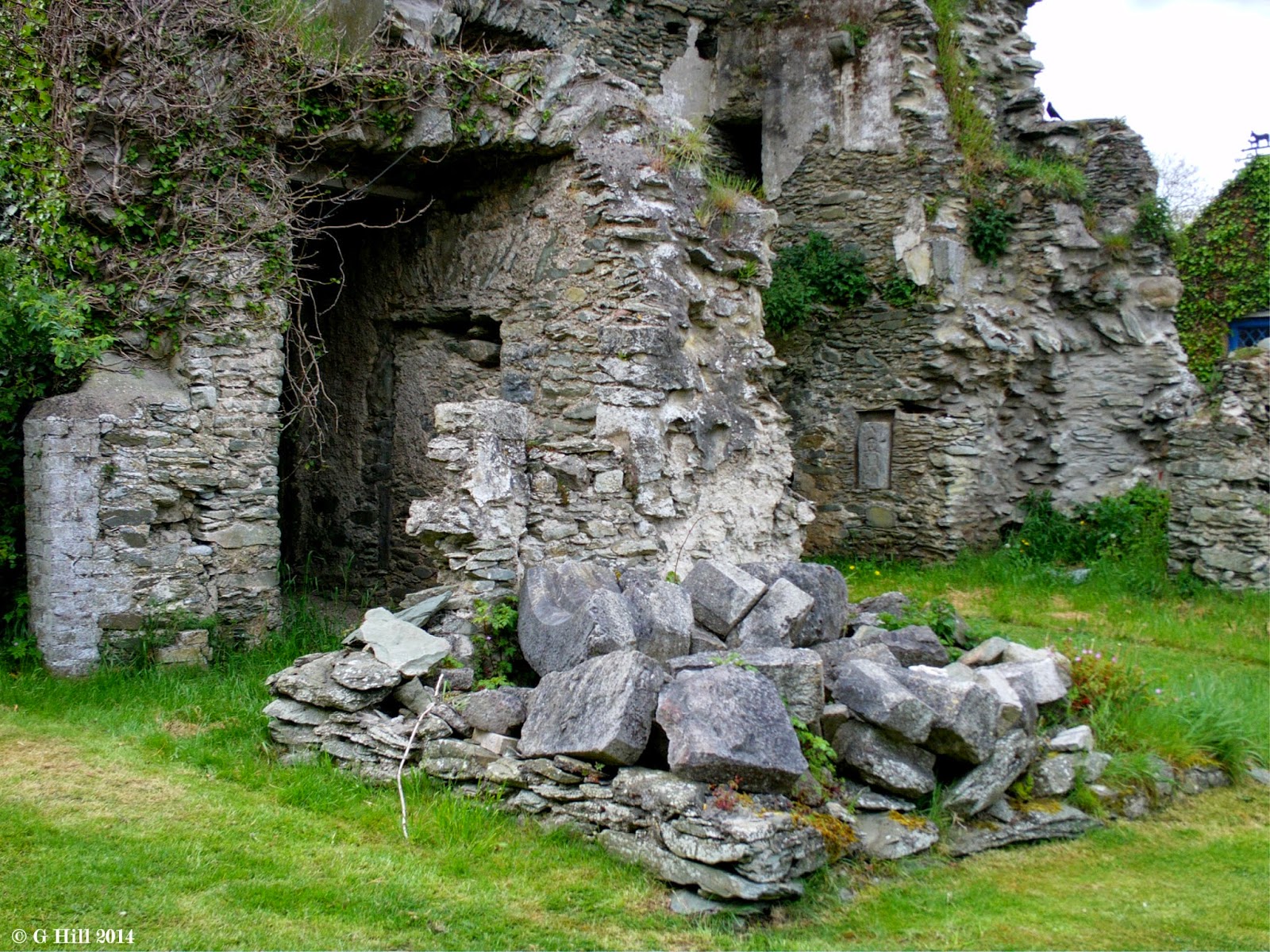 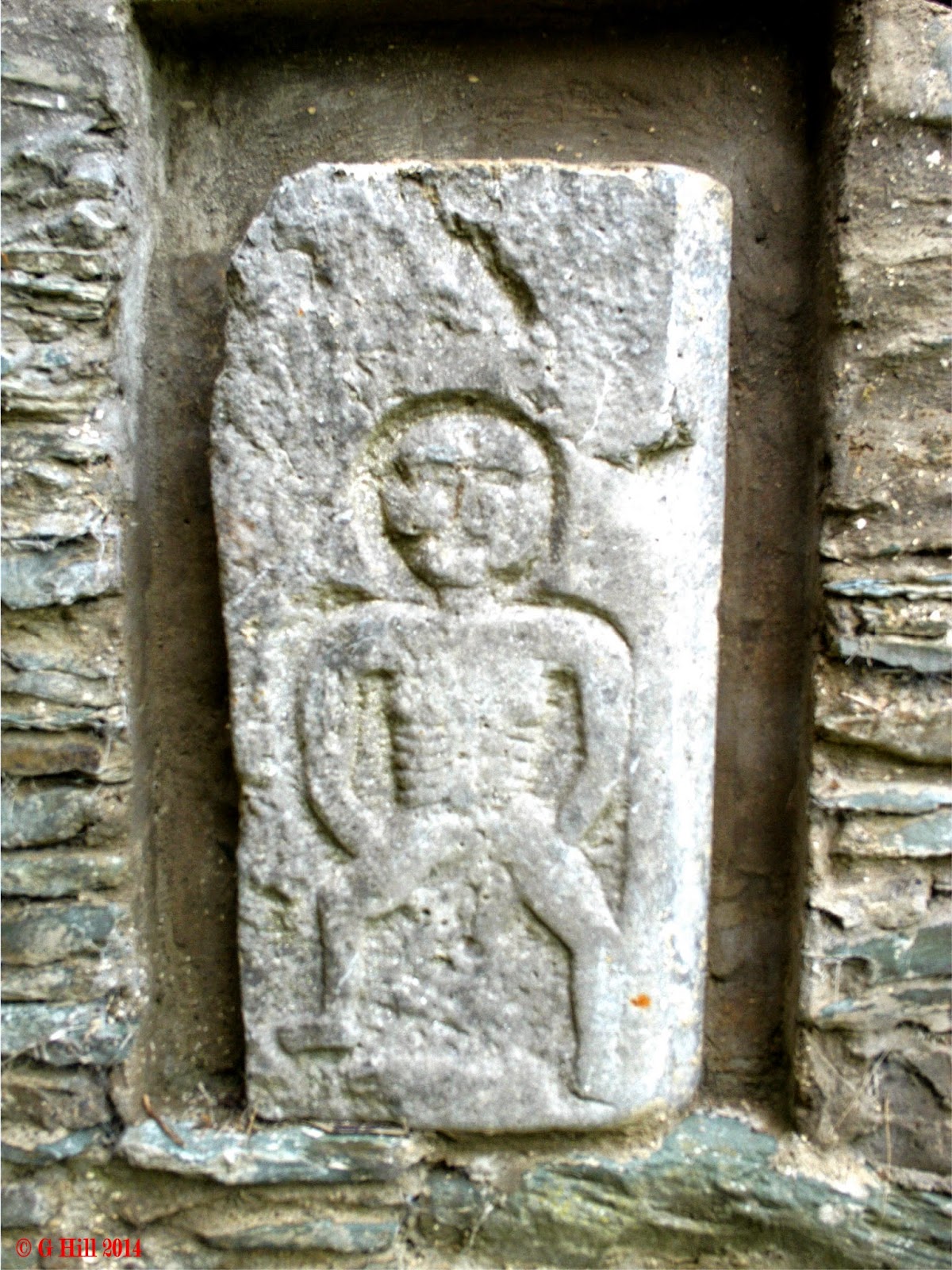 Above Image: The Sheela-na-gig 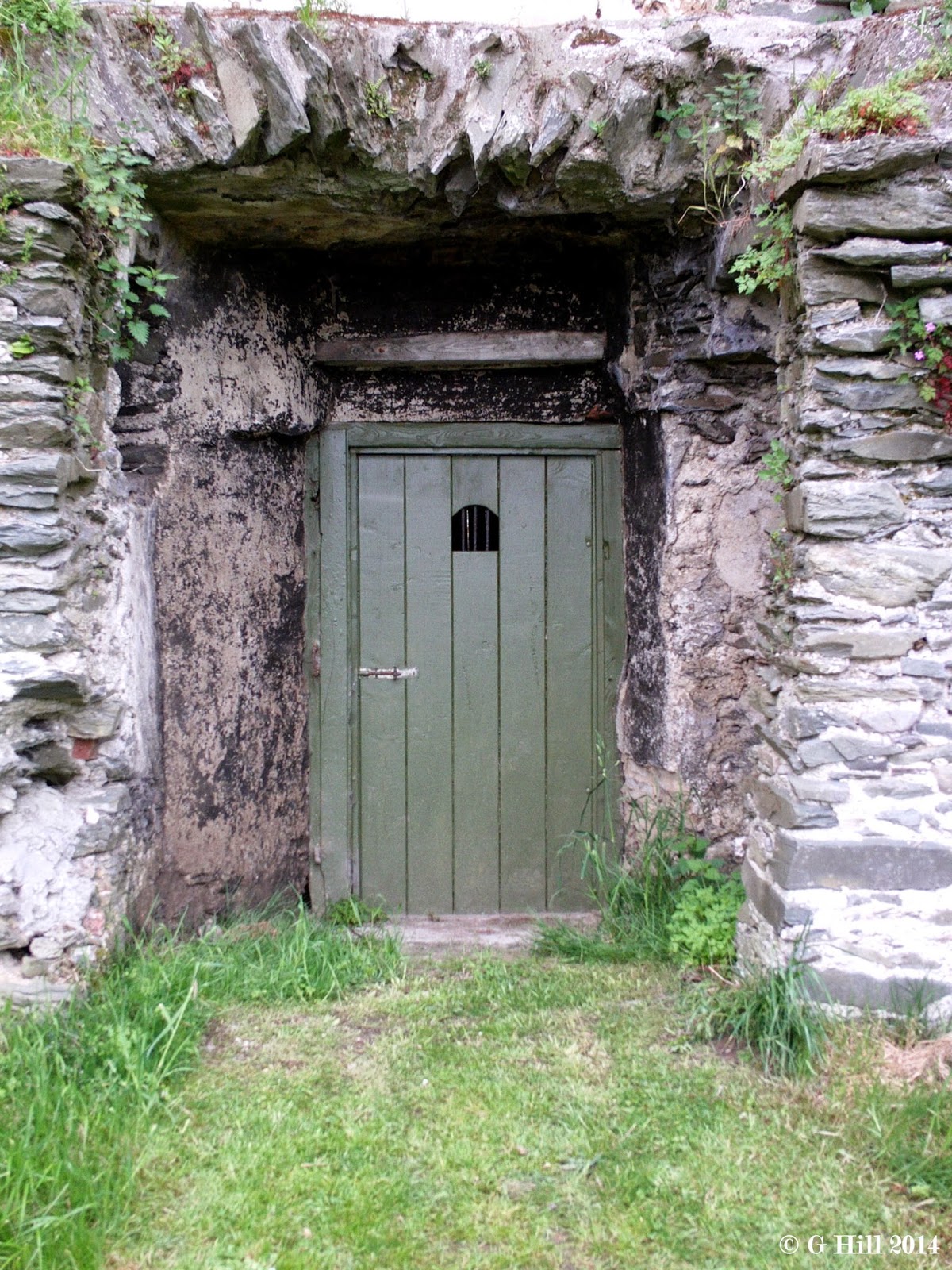 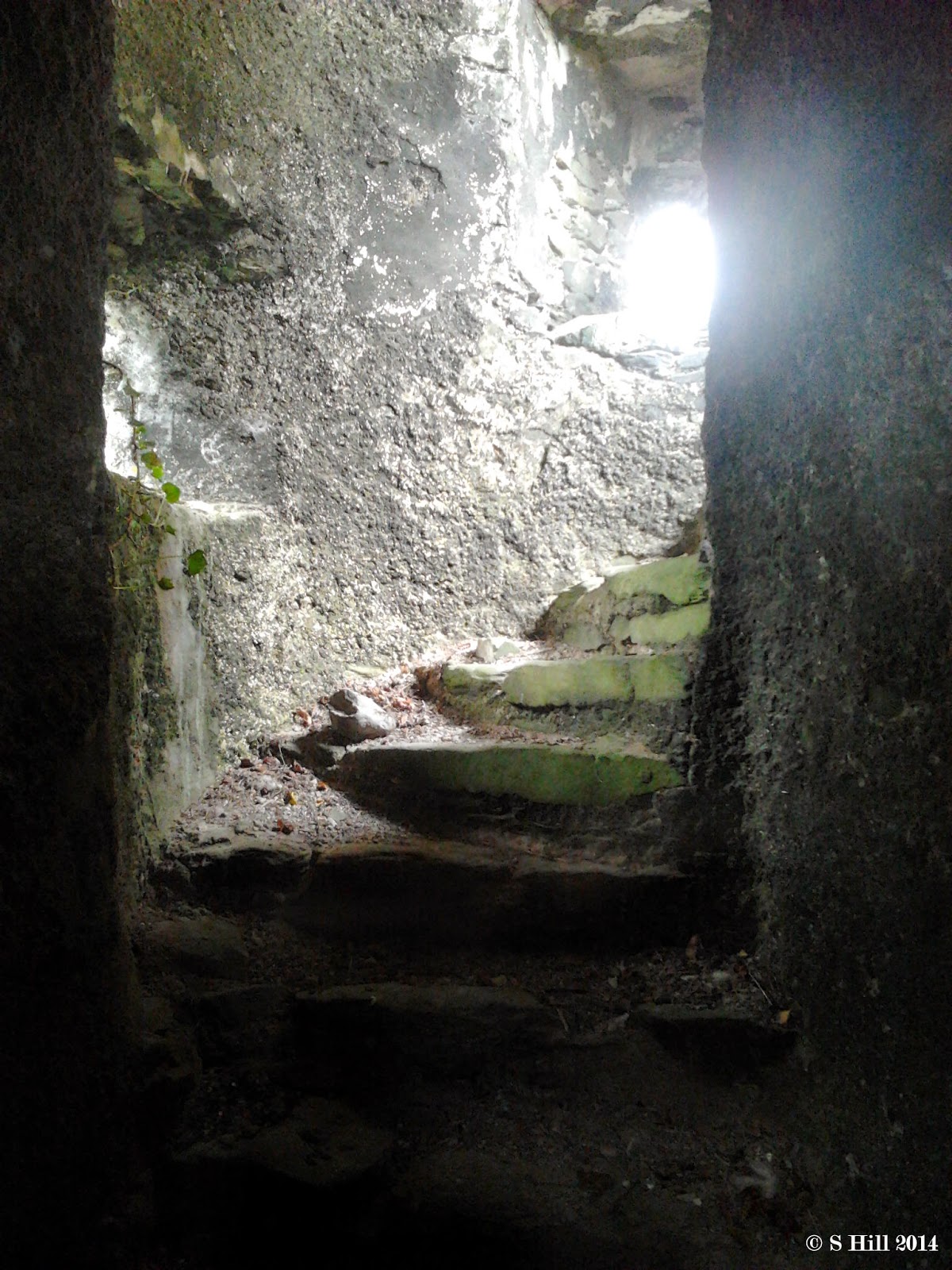 Above 2 Images: The entrance to stairwell & the stairs 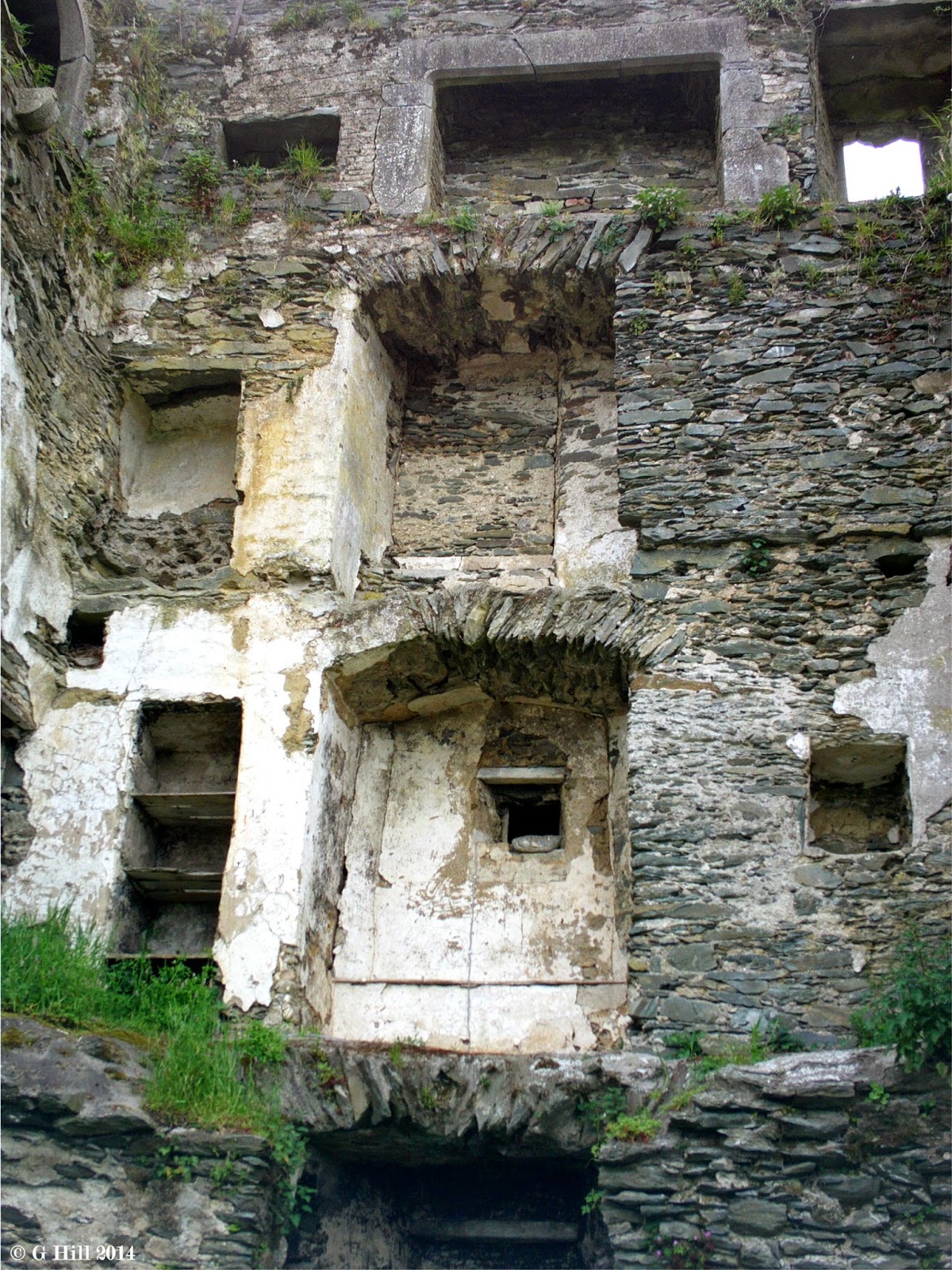 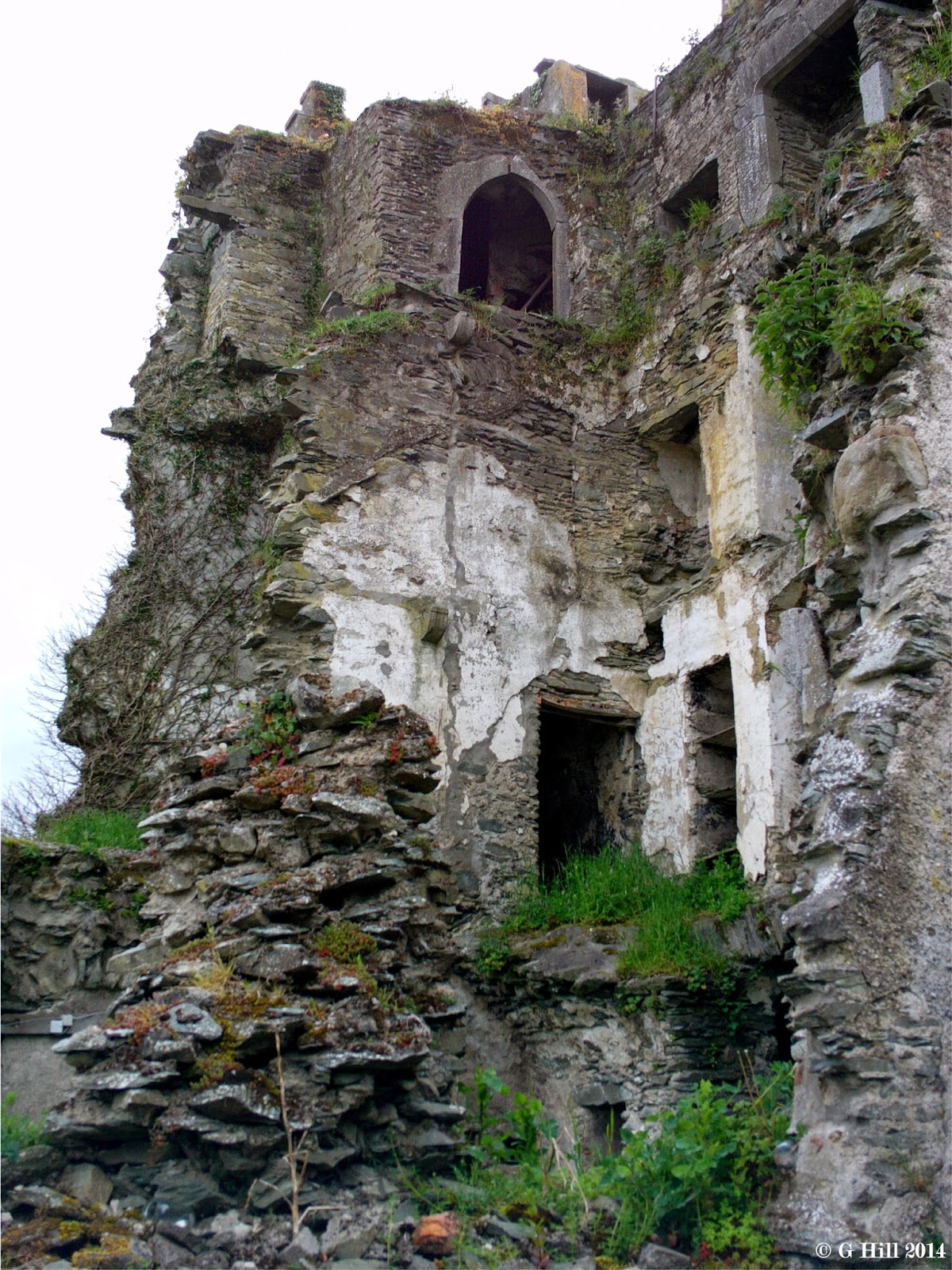 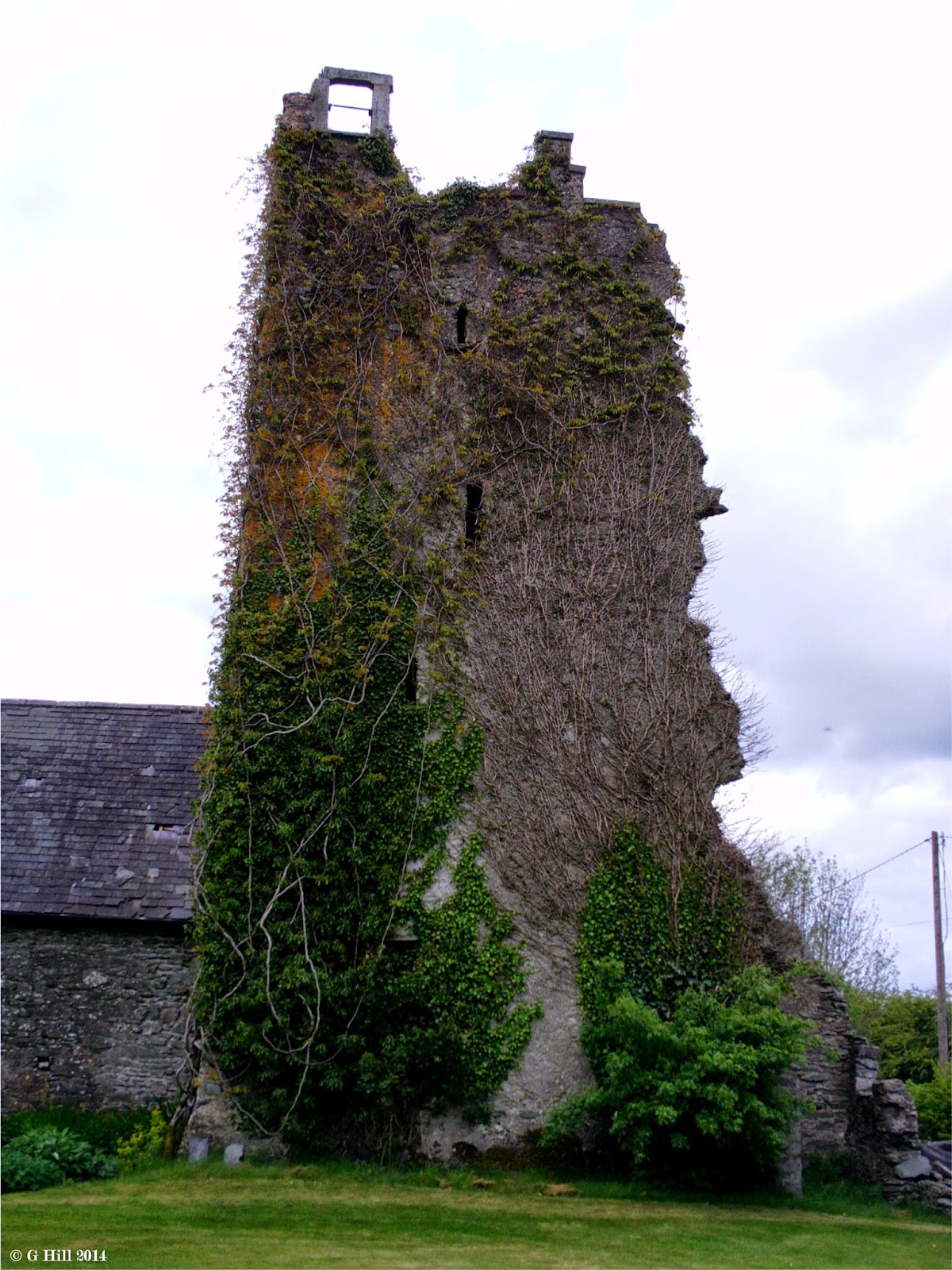 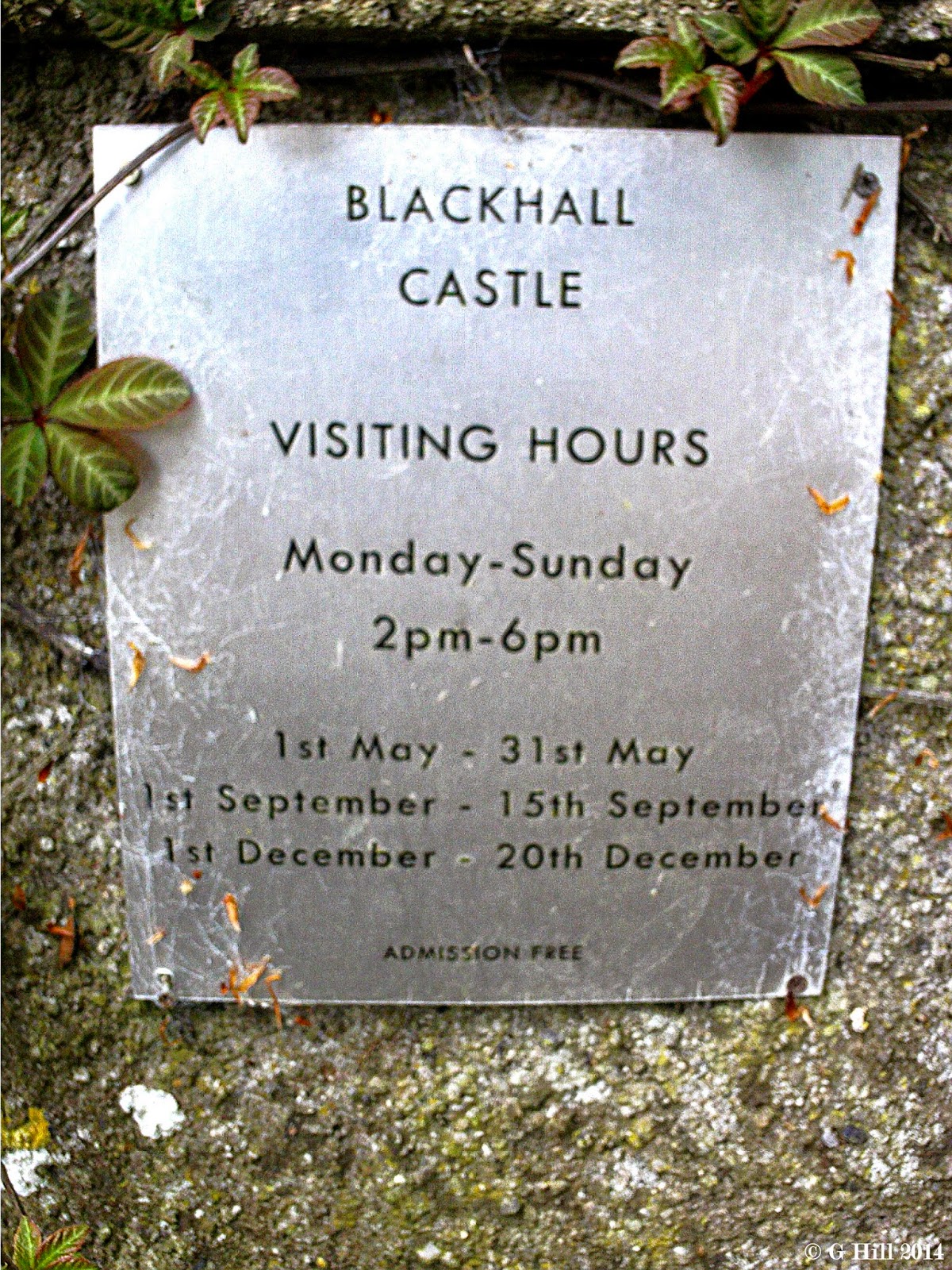 Tucked away on a private estate deep in the heart of Kildare stands Blackhall Castle, or at least half of it!
It was constructed by the Eustace family in the 1400’s and stands four storeys high. It pretty much remained mostly intact over the centuries though uninhabited for a long period, until in Feb 1999 a severe storm caused a structural subsidence resulting in the complete collapse of the East section and parts of the North & South walls.
The Castle is located on private property but a sign on the wall at the entrance to the estate advises that visits are allowed during certain months of the year. We visited in May. It is a little difficult to find the entrance to the estate as it looks like a normal pillared gate shaded under a tree but once you do find it then a short drive up to the estate house and castle is all that is needed.
When we approached the ruins a Dog began barking loudly and chasing the car. We drove around to the rear of the house where there was a door open and hoped the barking would alert the owner to our presence. Not wanting to get out of the car we waited until eventually a man appeared and we explained who we were. He grinned and told us that the dog’s bark was worse than his bite and indeed once we were with the owner the dog became the most friendliest of hounds.
The owner, a genial man called Jeff White, took some time to tell us about the castle and its history. He recalled that the damage to the castle occurred while they were on holiday in Australia and after a few weeks away returned to find that that half the castle had collapsed into a pile of rubble in their yard. They thankfully while sifting through the debris found that the renowned "sheela na gig" that had been placed above one of the now destroyed doors had miraculously survived. They also managed to get a grant from the government to restore what was left of the castle and reset the Sheela in a lower spot. Jeff said that cement was literally poured into the wall cavities to strengthen the remains. After taking up what I’m sure was his valuable time Jeff left us to wander around the ruins and take some photos. At one time you could climb the steps inside to the top but unfortunately they had to cordon it off for safety reasons. The lower floor of the castle is now used as a storage space for farm implements.
With the interior of the Castle exposed it gives an interesting aspect on how it is structured. You can ascertain the different floor levels and see a large fireplace on top floor.
It think it’s nice to have the opportunity to see a castle such as this. A lot that lie on private land are inaccessible but thanks to the owners here for putting in the effort into restoring what they could of Blackhall and still allowing access to the public.
To find the ruins take the M7 Dublin to Limerick motorway and at junction 11 take the exit for the M9. At junction 2 take the exit for Kilcullen and at the top of the exit ramp turn right and follow the sign pointing to the R448 for Castledermot. Drive for approx. 3.5KM until you see a turn on the left for the L8008 for Calverstown. Take this left hand turn and drive until you have passed through Calverstown Village. Once through the Village and 400m on you will pass over a small stream and pass by a large 5 windowed house on your right with a rounded arch door. Continue on and you will pass a left hand turn. The entrance to Blackhall lies 600m beyond this on the left. As mentioned its shaded by trees but it lies just a few feet past an oval shaped gate entrance with four pillars. The Blackhall entrance has a small sign left of the gate with the opening times. Drive up the driveway and you will find it turns sharply right. Continue on until you see the castle on your left.