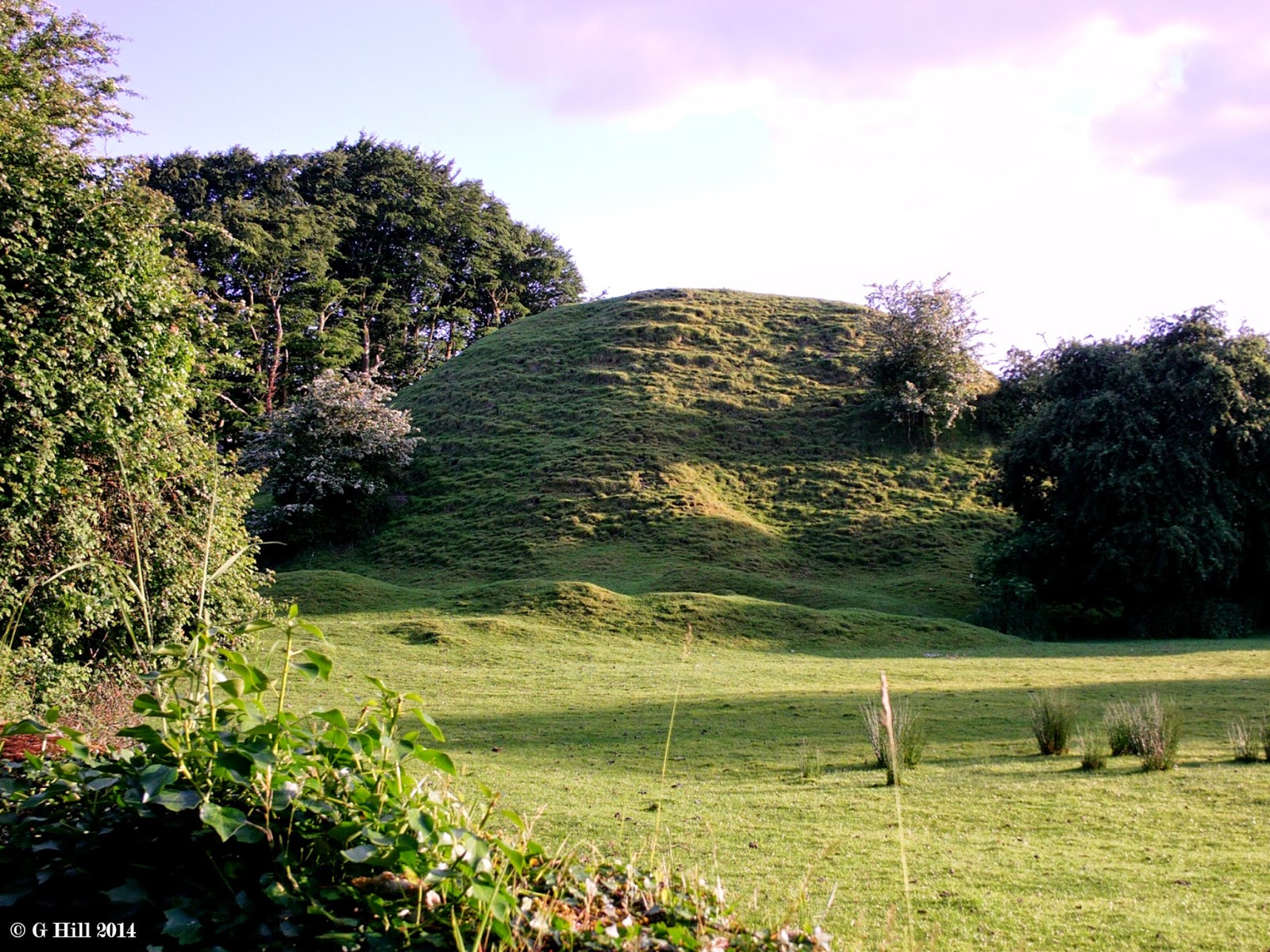 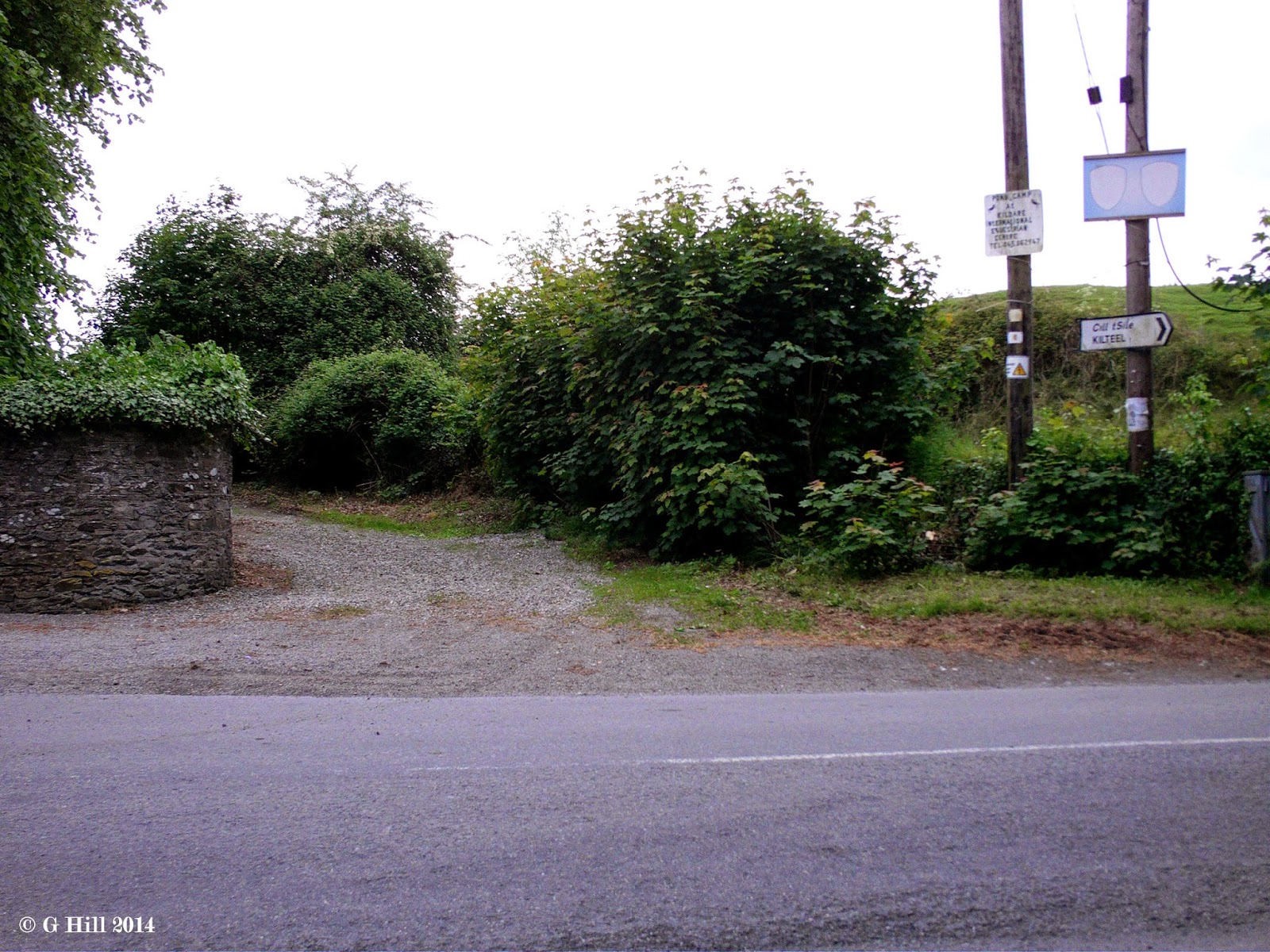 Above Image: The lane way between Church & Motte 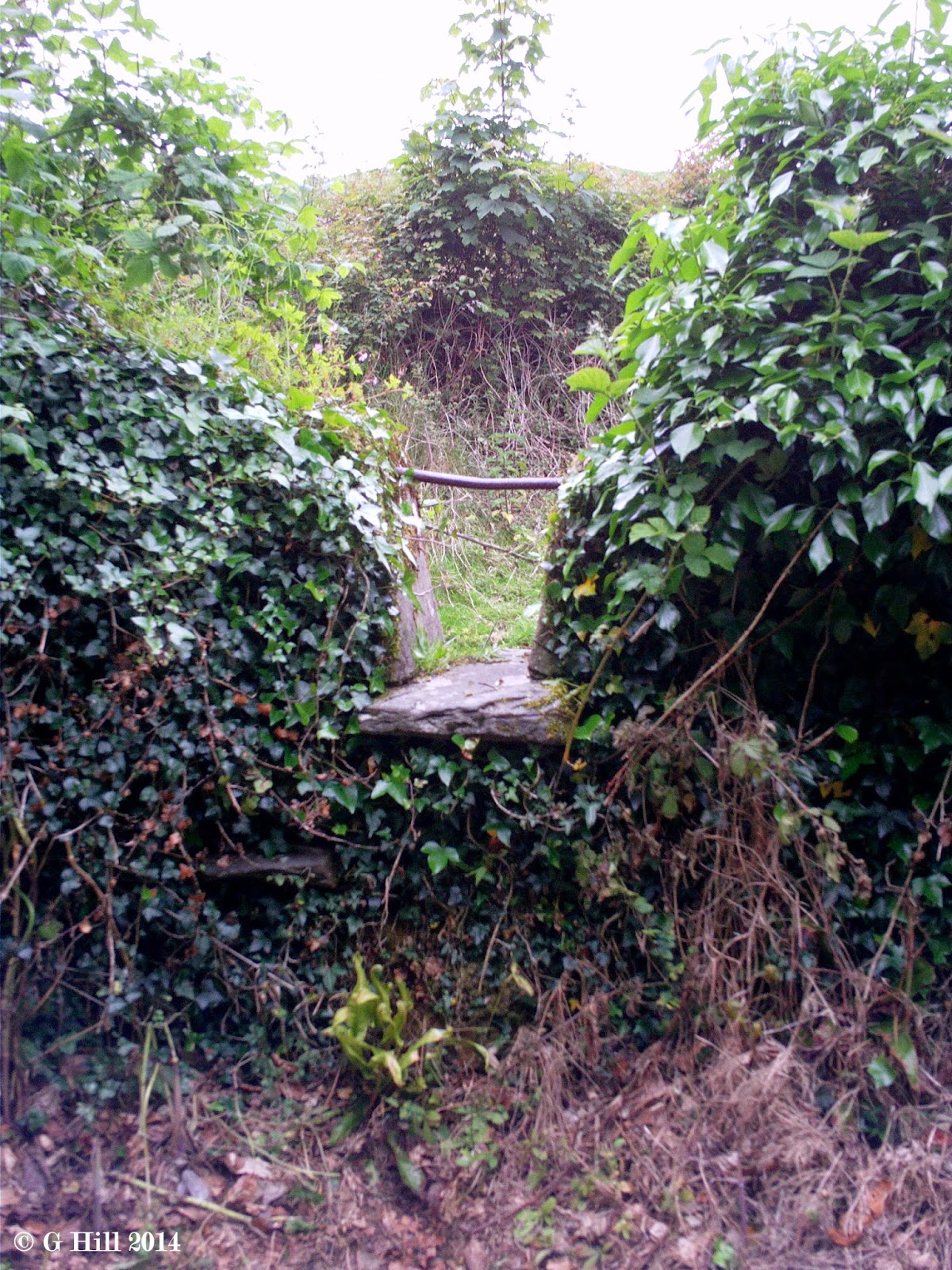 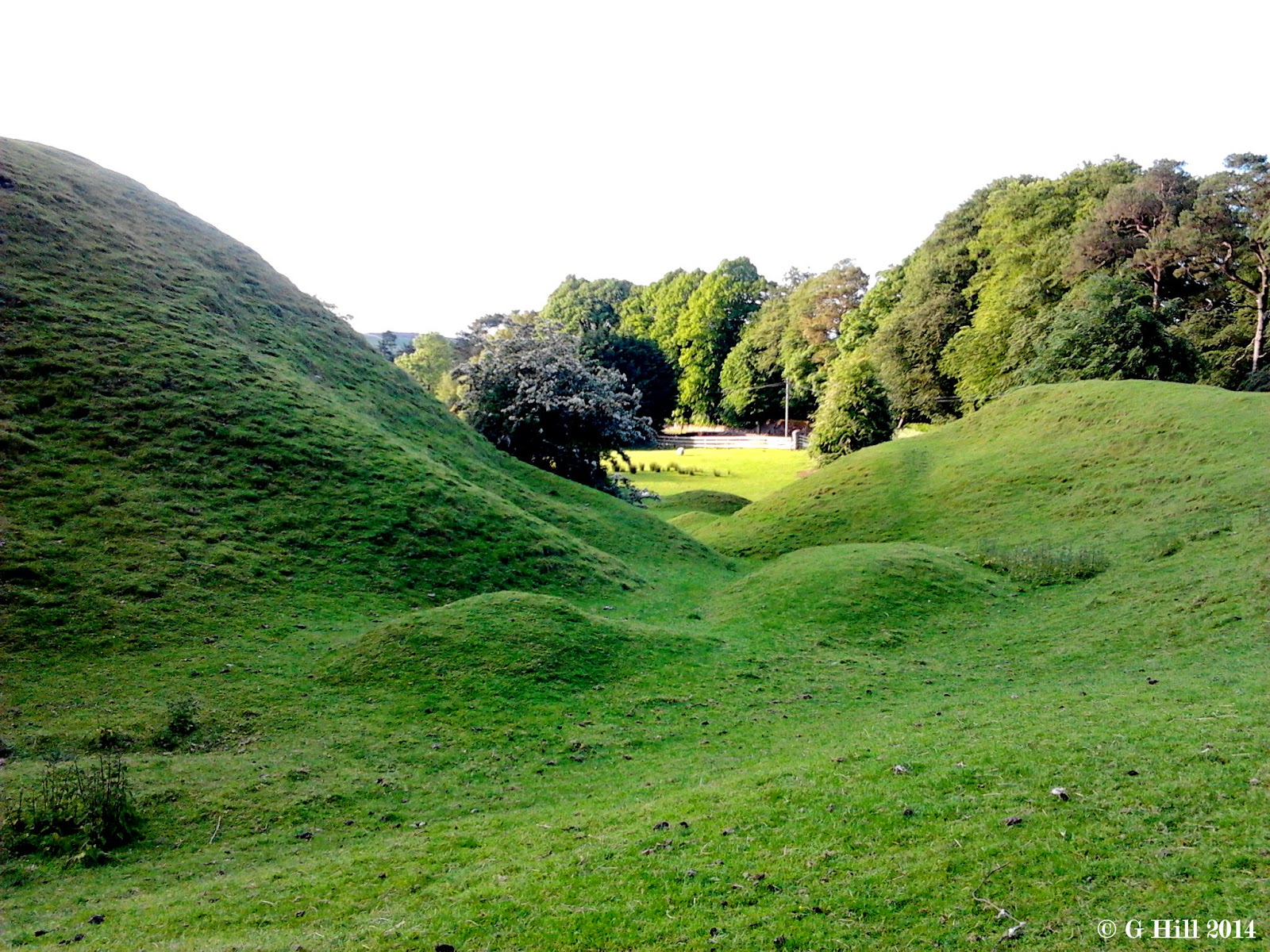 Above Image: The sweeping dip between Motte & Embankment 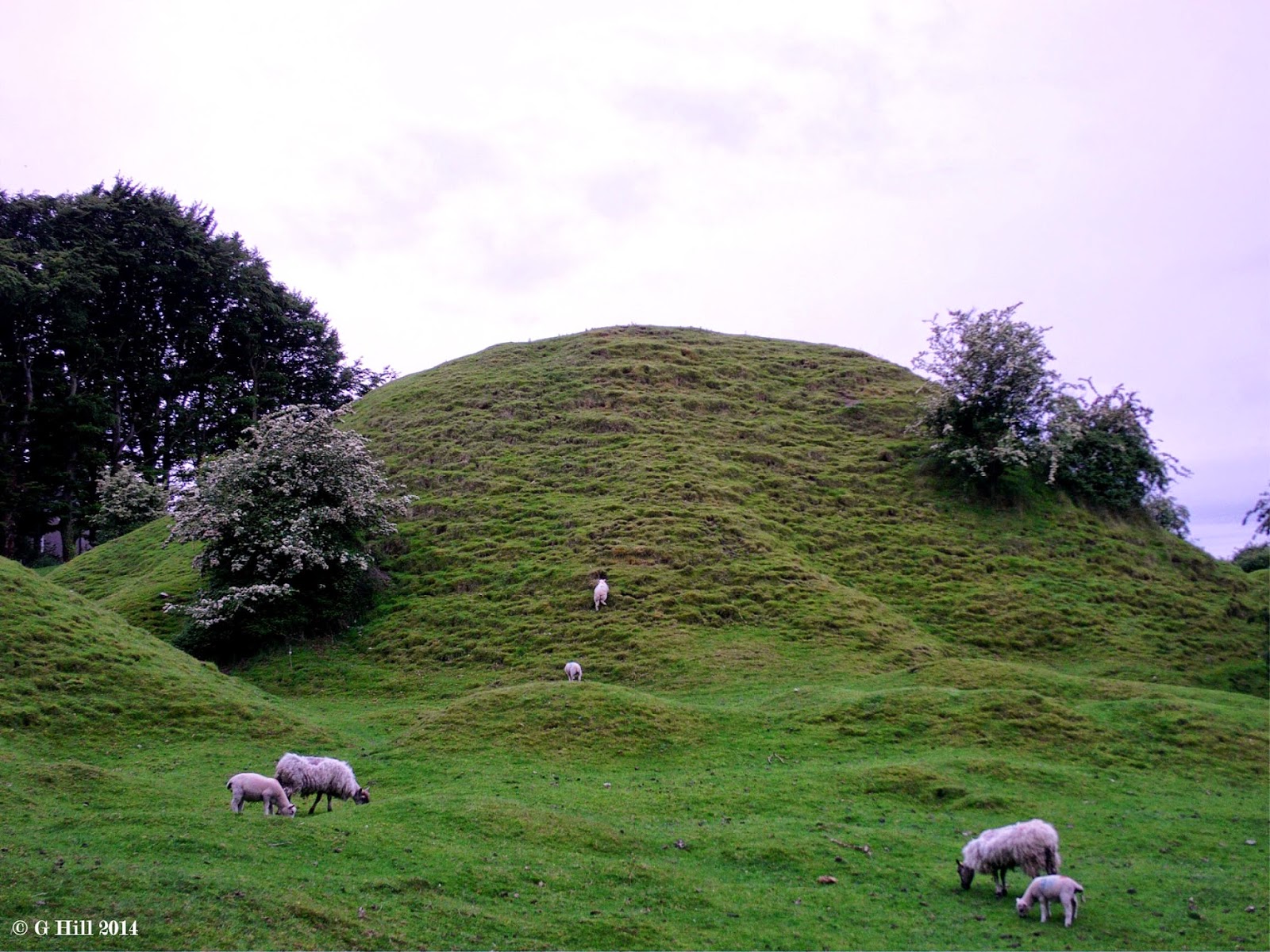 Above Image: "Soil creep" give the North slope a rippling effect 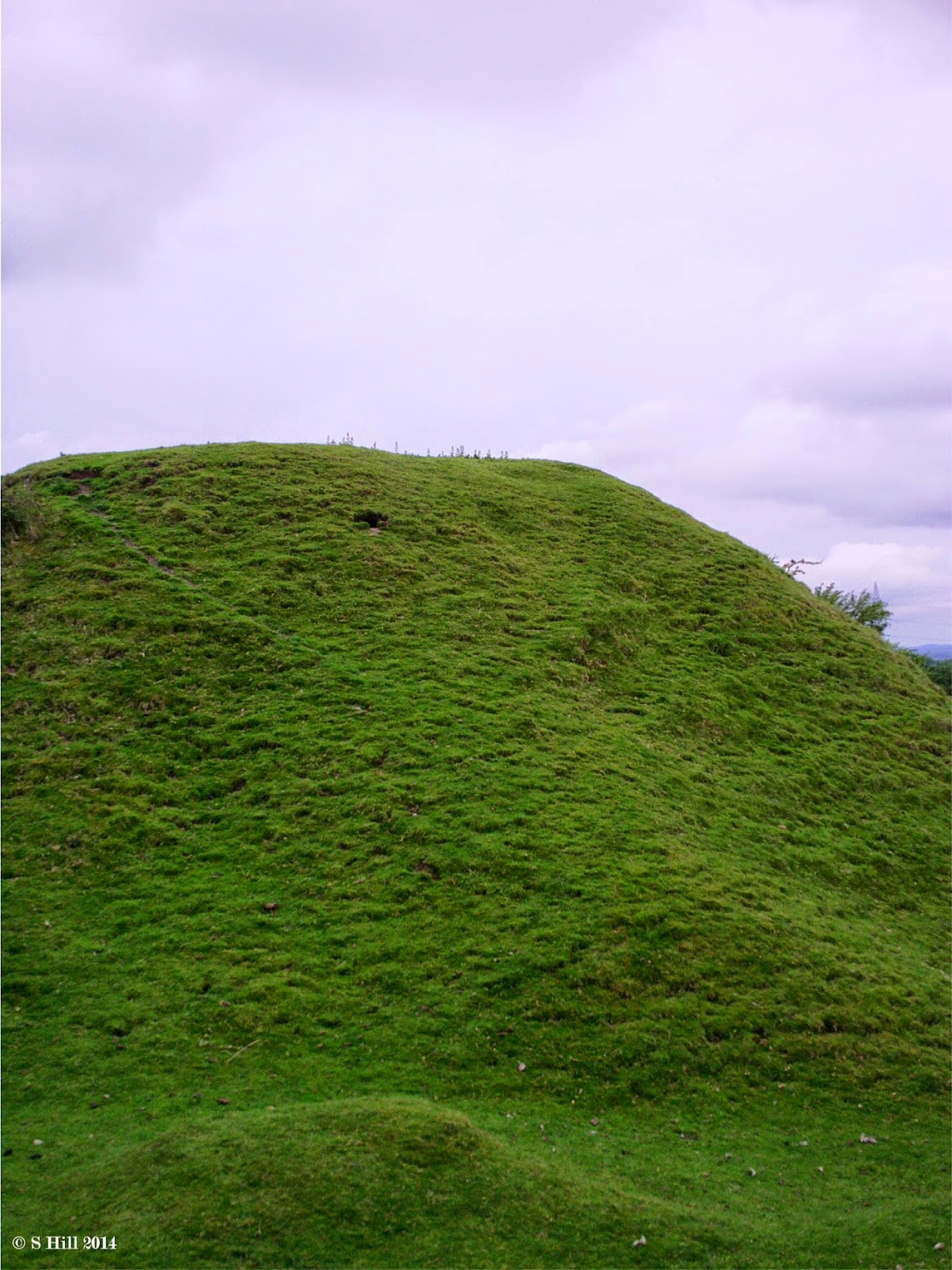 Above Image: The South slope with burrow visible near top. 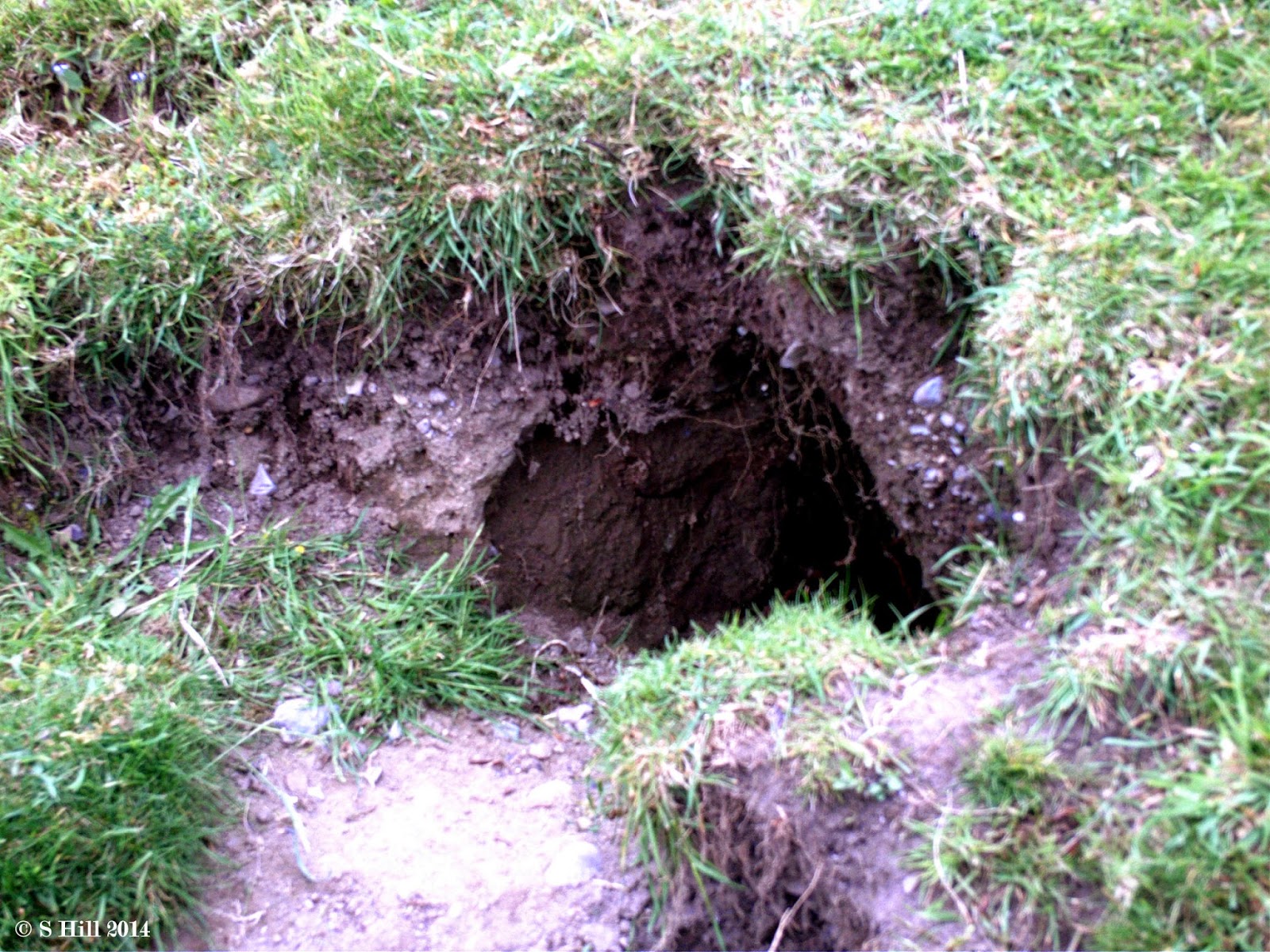 Above Image: The burrow 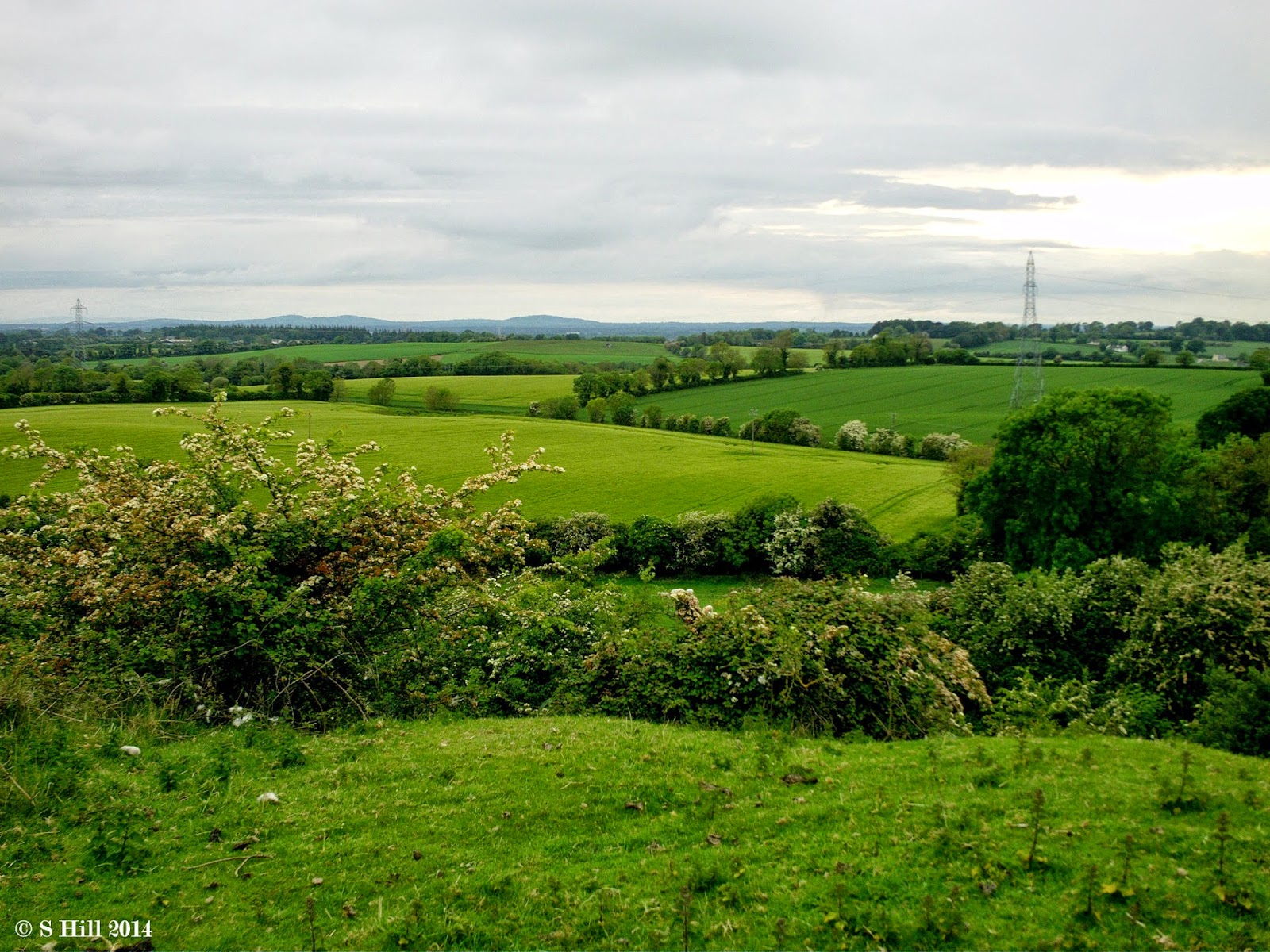 Above Image: View from the top Westwards 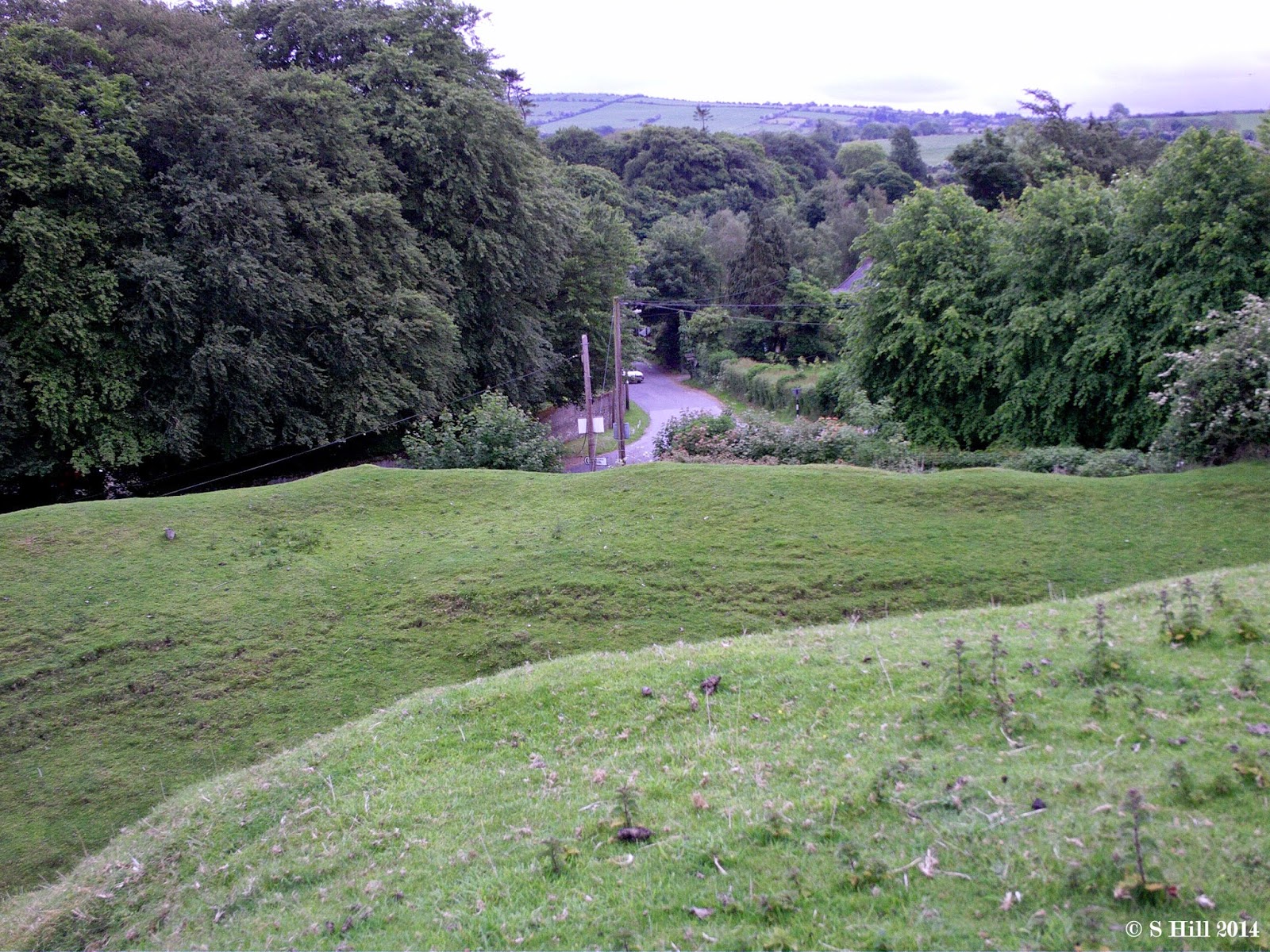 Above Image View To the approach road below 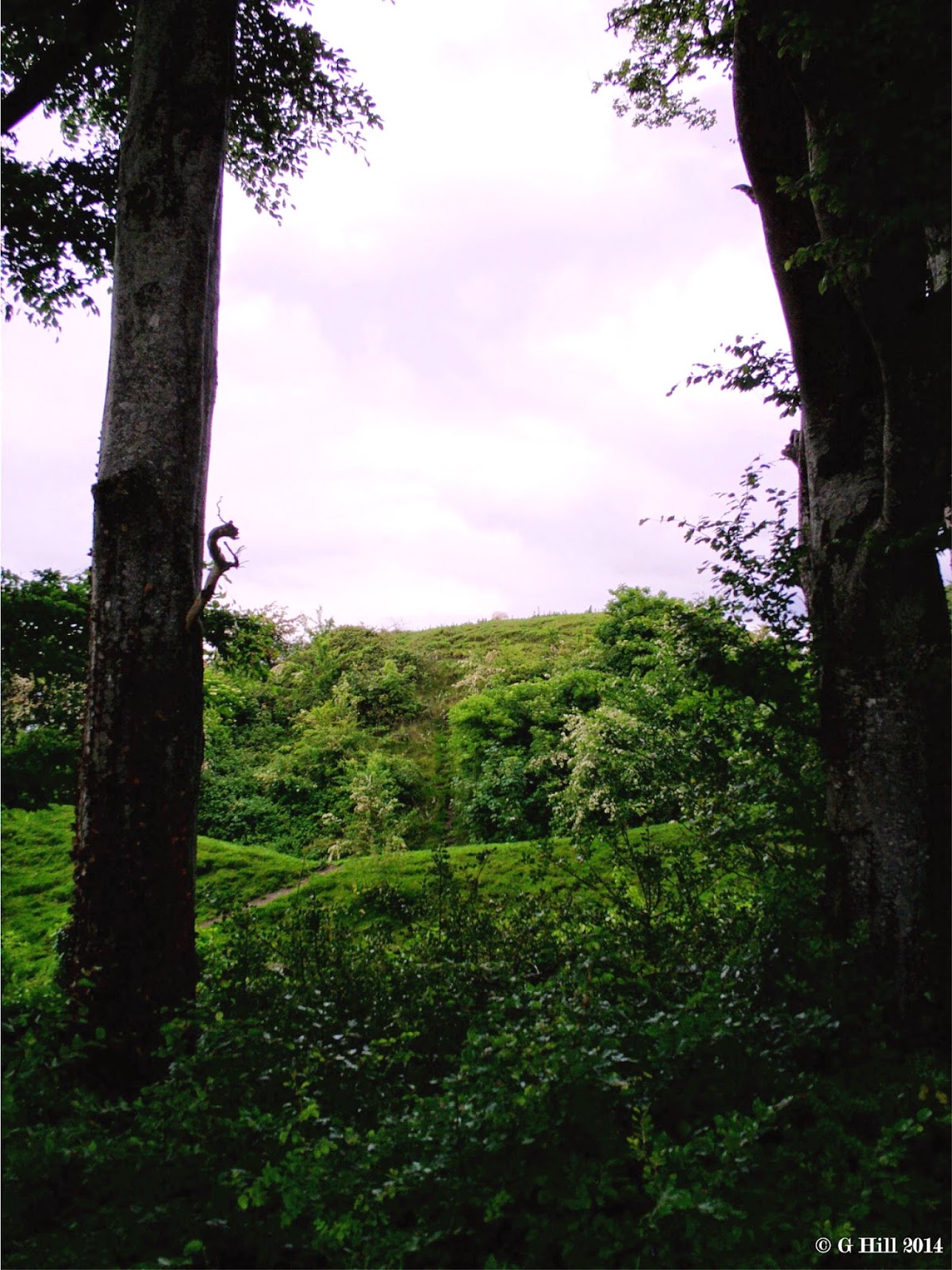 Above Image: View from the adjacent Church 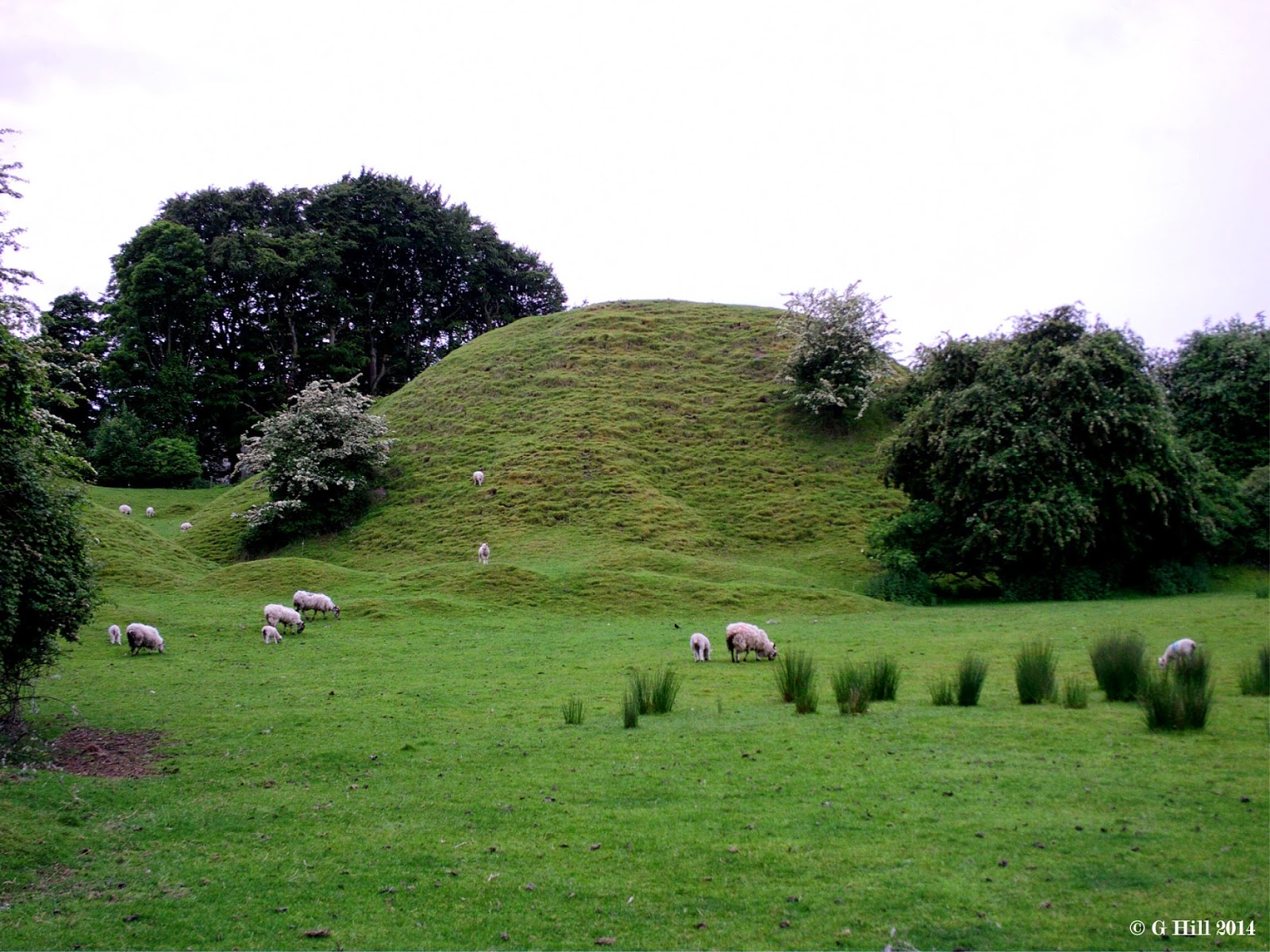 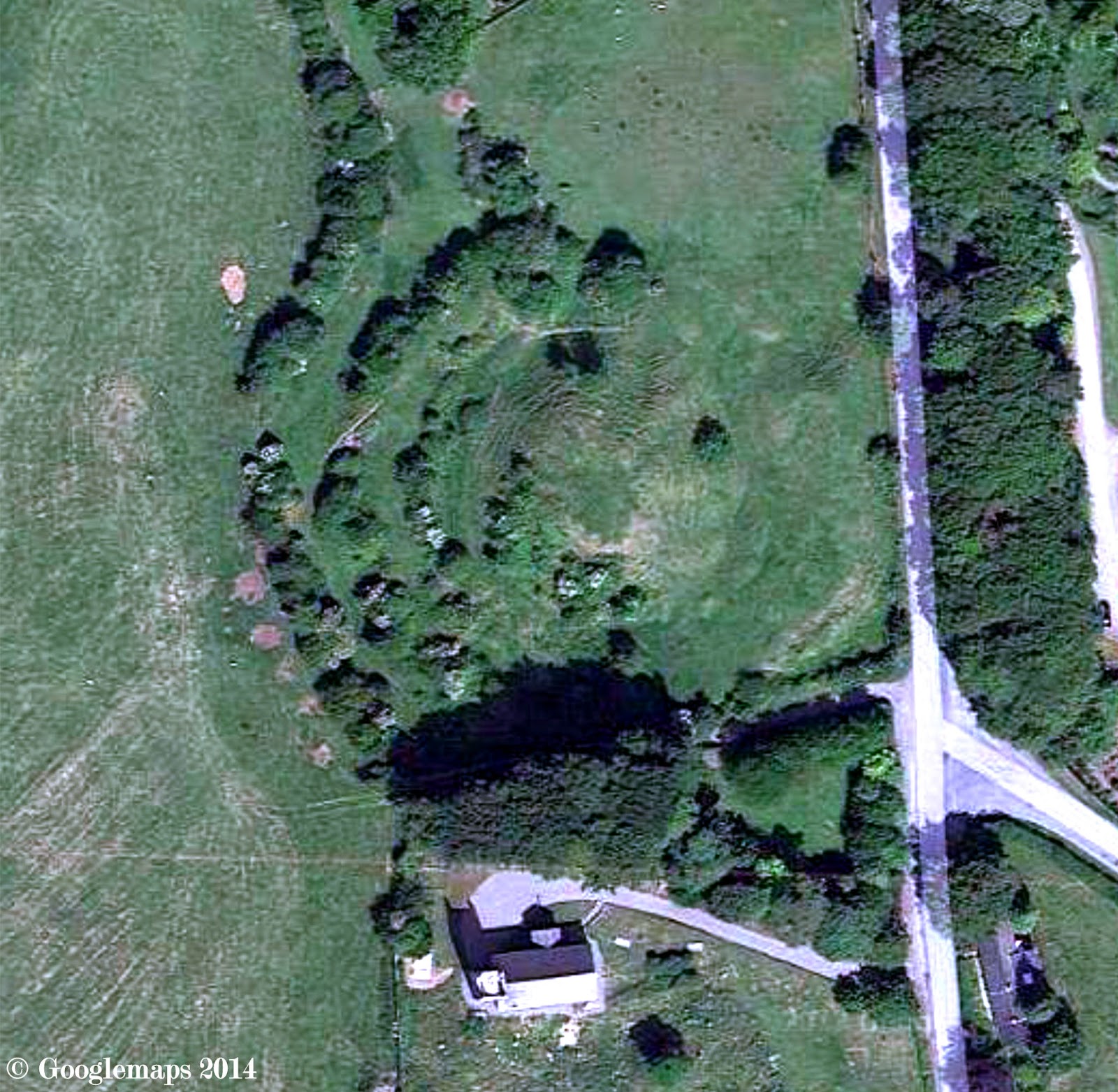 Above Image: Aeriel view of the Motte with Church to the South


This very prominent Motte is located in a field beside a Church in Rathmore in North Co. Kildare.


A Motte is a mound which was usually artificially built or in some cases an existing mound was expanded upon. A wooden or stone fort was then placed upon the flattened top and a fortified enclosure called a bailey at the base. They were easily built but formidable structures. This Motte is thought to date to the late 12th century and was a stronghold for the Fitzgeralds. It was designed to defend an important pass through the hills. In the 1890’s it was the subject of some excavation work after a landslide exposed a burial chamber with a skeleton dating to the Bronze Age. Indeed some Mottes were often built upon barrows so this was nothing too unusual.


The Motte is on farmland and the field gate on the main road is locked. However in a laneway that runs between the Motte and the adjacent Episcoplalian Church of St Columbkille there is a stile for access. It is a bit hidden and easy to miss but is located in the hedgerow just a few yards up the lane on the right hand side.  One of the steps on the stile is broken leaving it a bit awkward to cross but once over there is a track that leads you around the base of this great Motte. You will notice that there is also a large embankment on its East side which would have been an added defence against attack.


I really felt dwarfed by its size but getting to the top wasn’t too hard although it would appear to be easier for the many sheep who seem to like the view from there and scurry away as you approach. There are some quite steep parts so if climbing wear boots or good grip shoes. The Northern slope has a rippled effect which is a result of subsidence. This could have been partly caused by the fact that the Motte once faced a sand pit and was partially excavated for gravel. Near the top there appears to be a burrow of some sort hollowed into the hill. What might reside there I don’t know but I wasn’t sticking my hand in to find out. The view is really good from up here and it’s not hard to imagine that from the fort that you could see for miles in all directions and be forewarned of an impending attack.  A very interesting and atmospheric place and well worth a visit on a fine day.


To find the Motte take the N81 South from Brittas towards Blessington and approx. 5KM out of Brittas you will see a right hand turn with a grotto and statue of Our Lady on the corner. Turn right onto this road and follow it for approx. 5KM until you come to a T-Junction. The lane way leading to the stile is directly opposite and you can park alongside the wall on that side of the road.
Posted by Castlehunter at 15:46