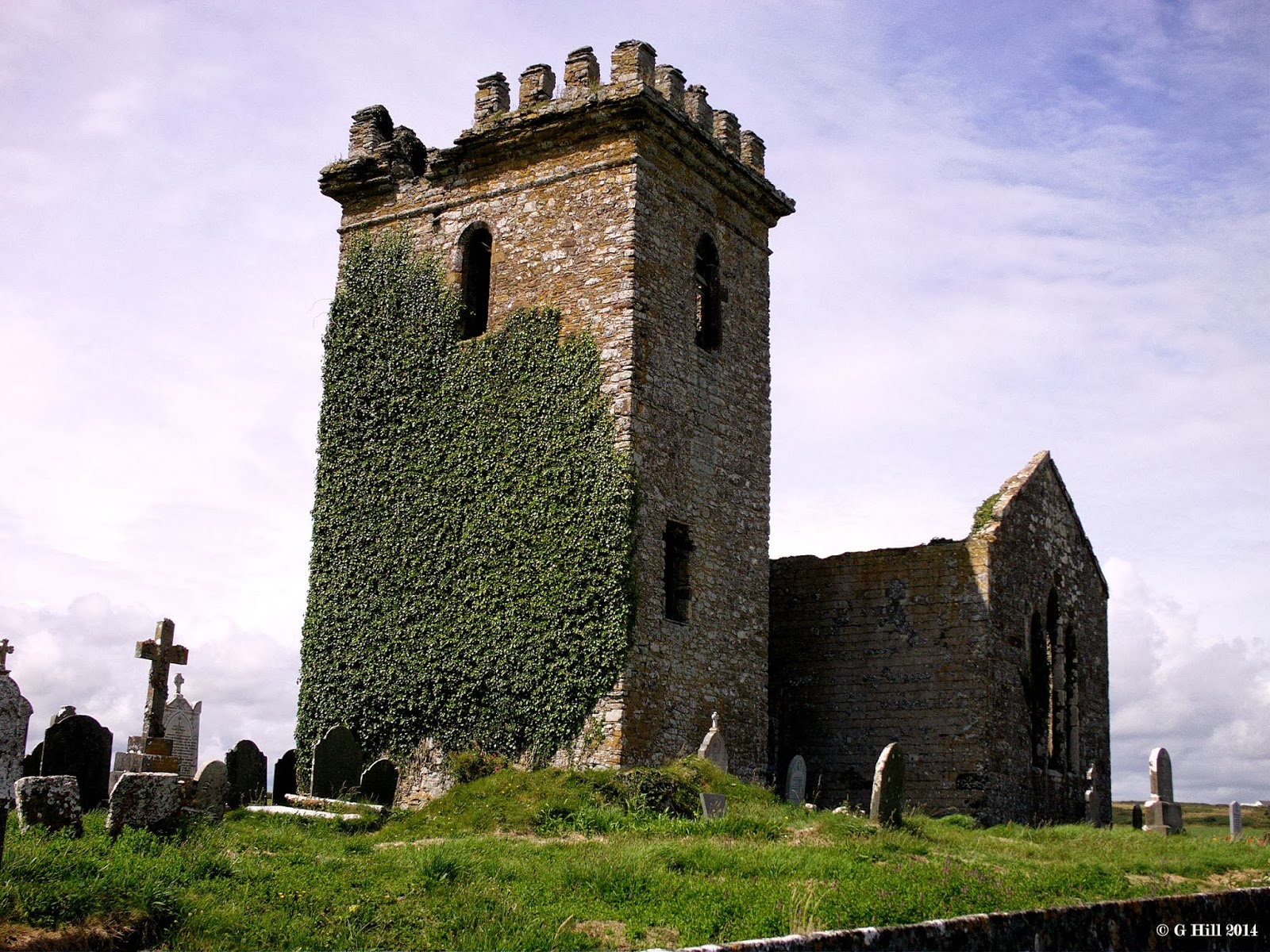 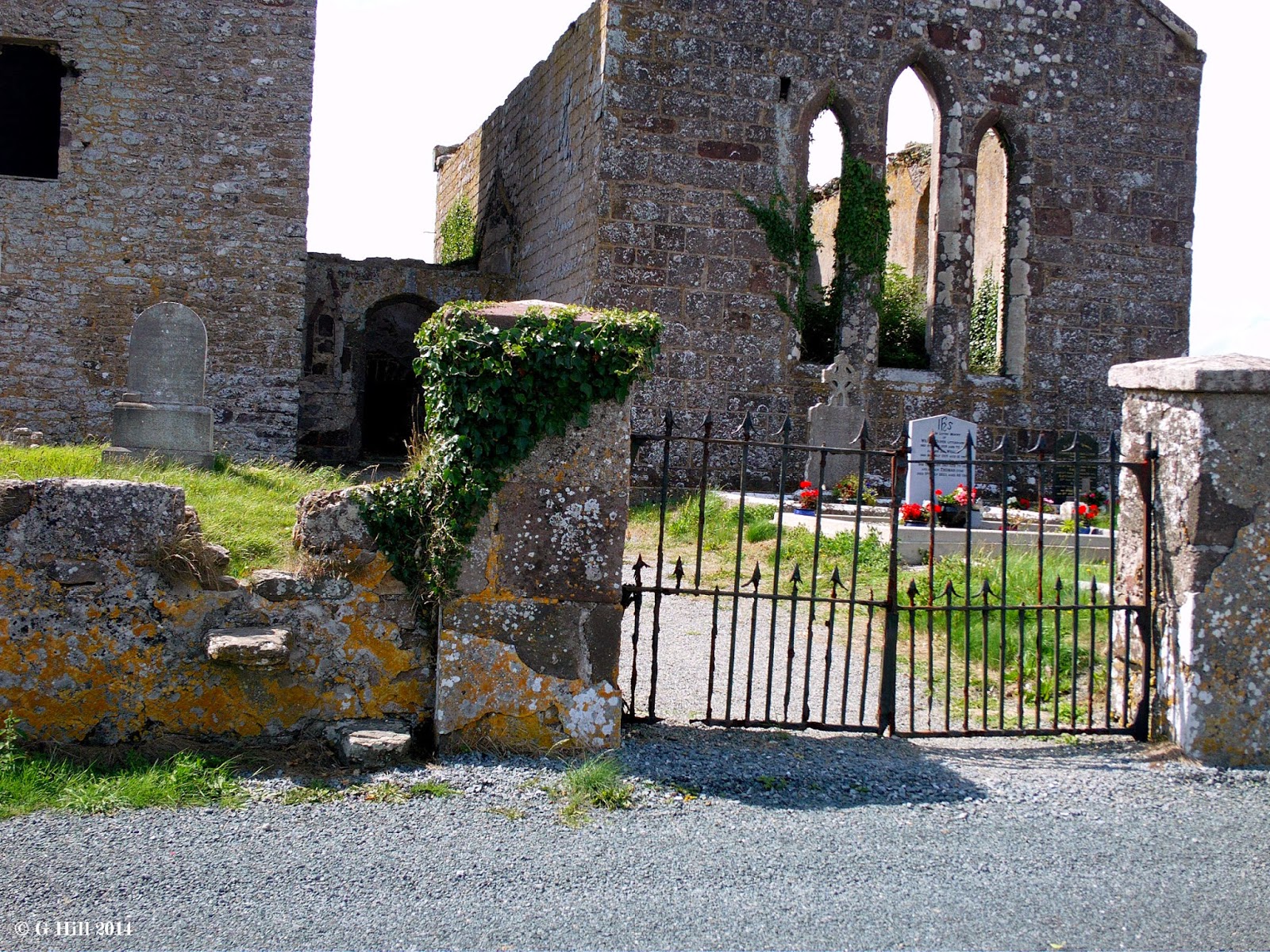 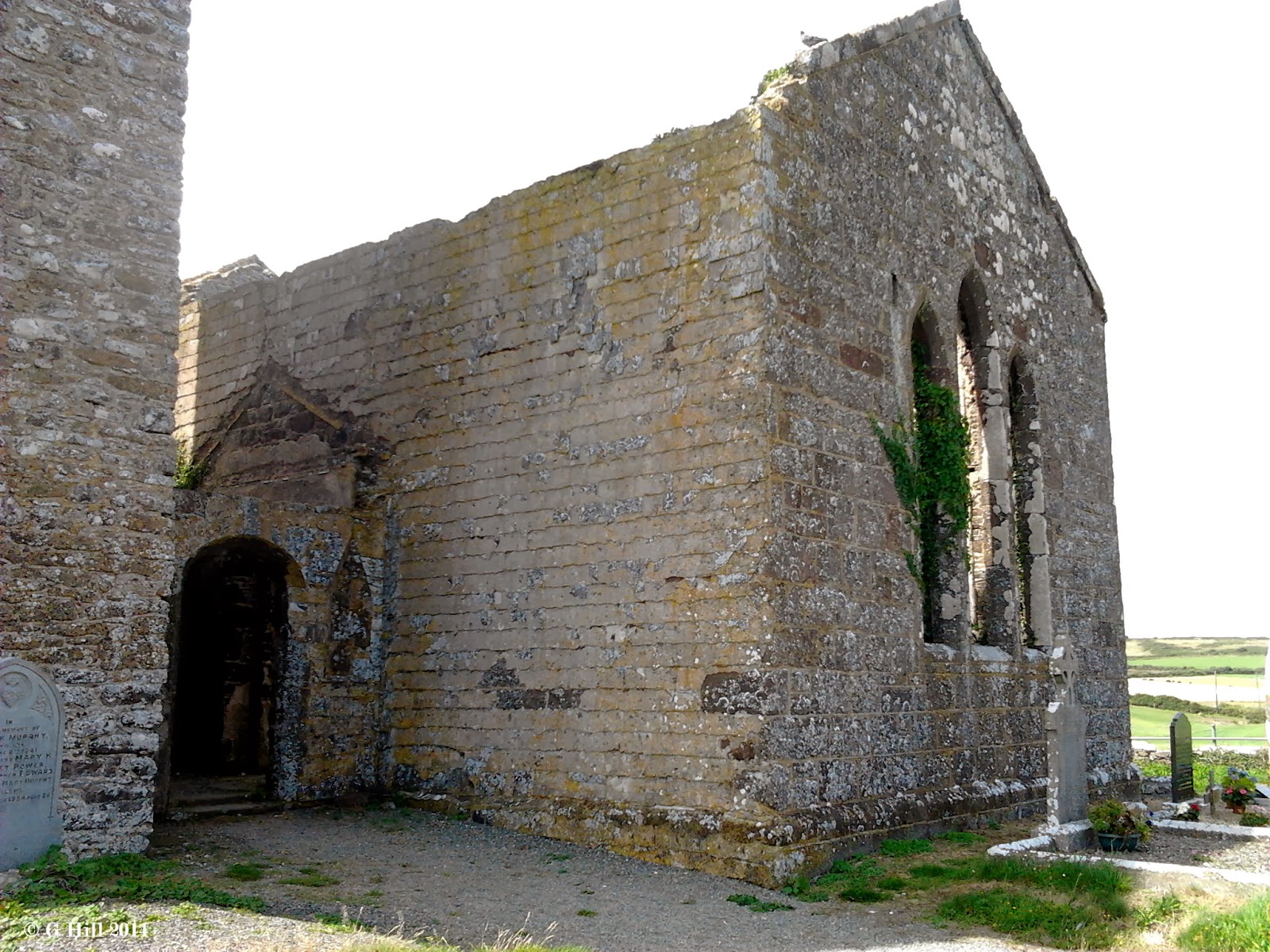 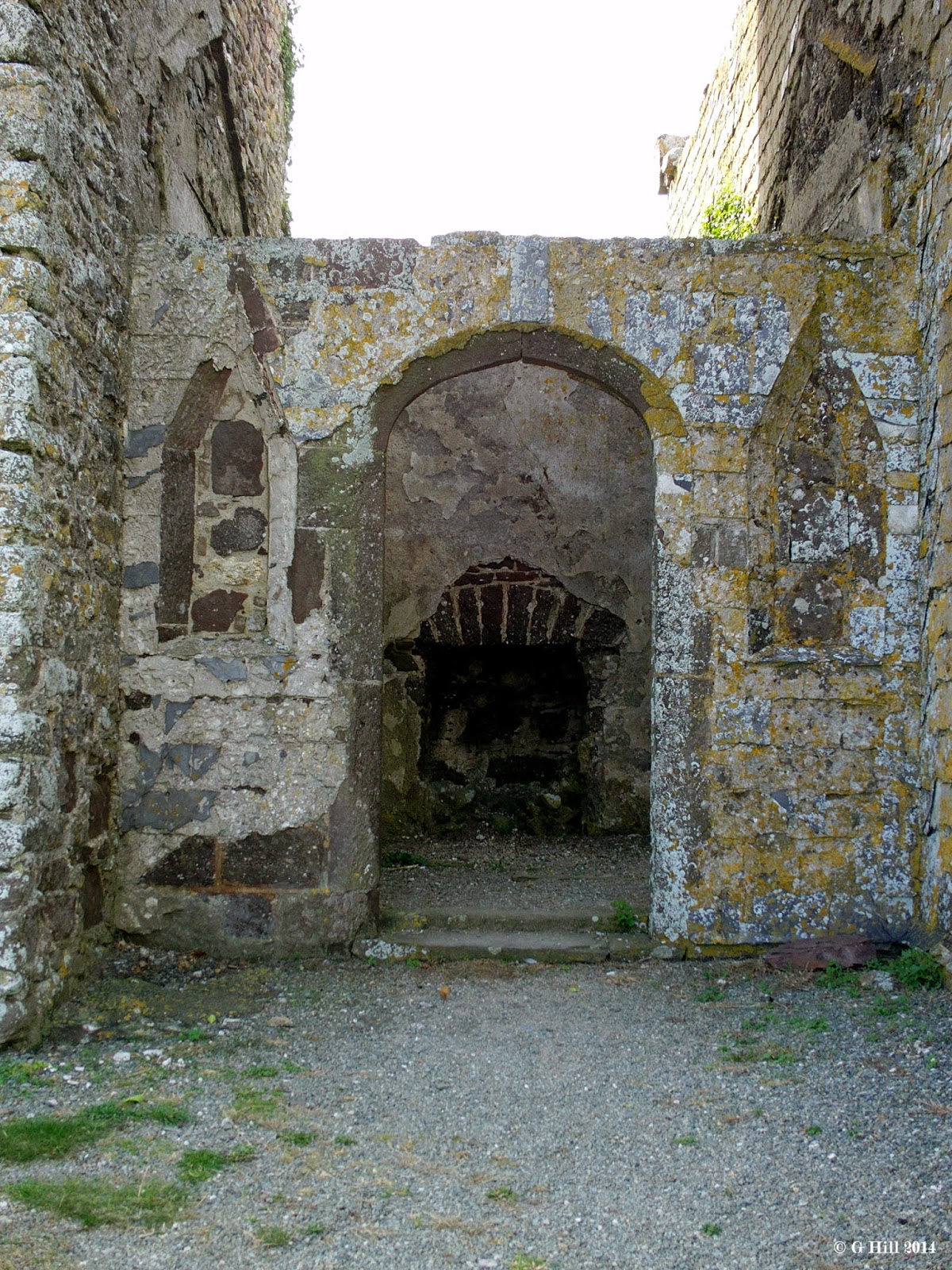 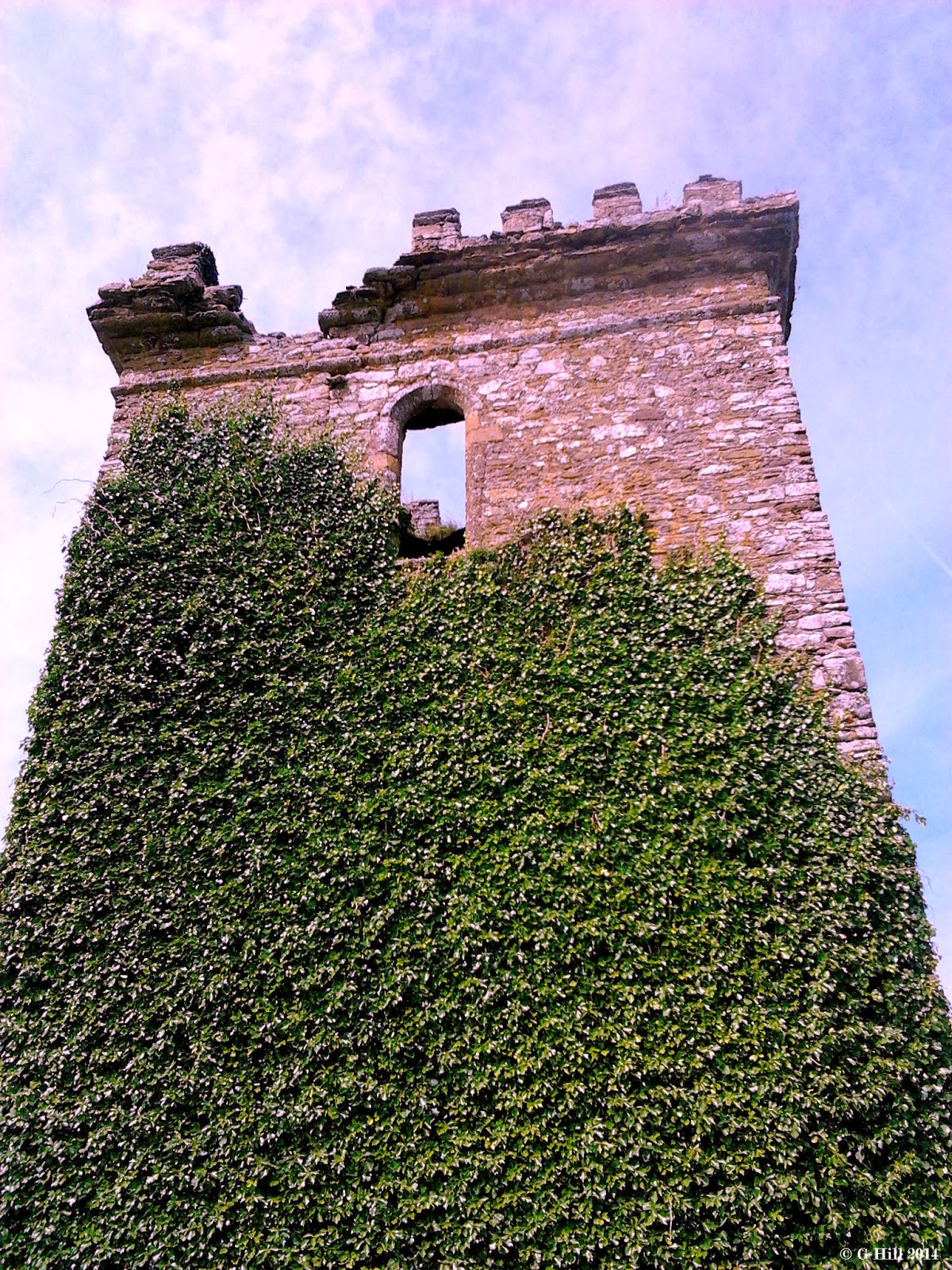 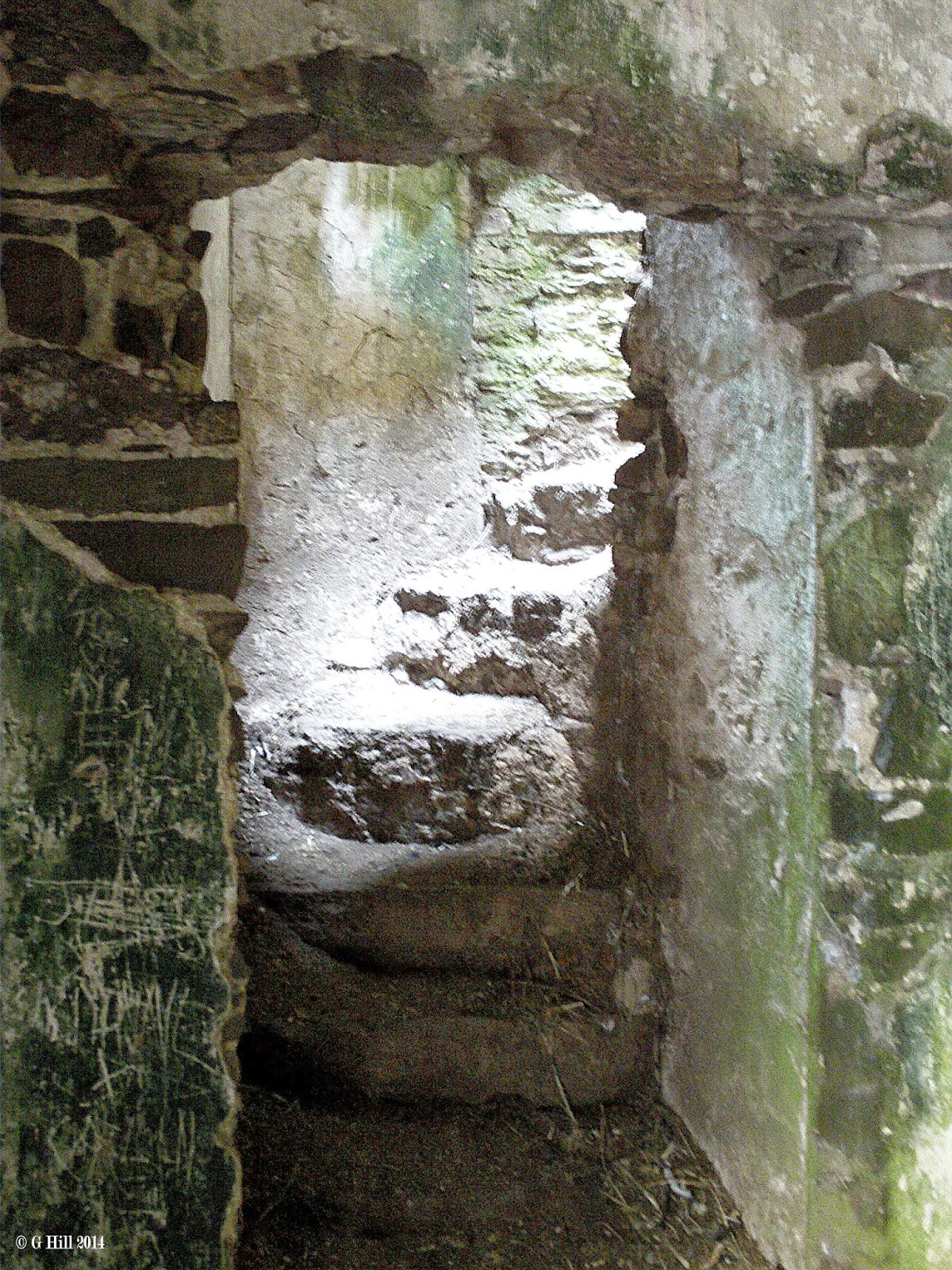 Above Image: The worn stairwell 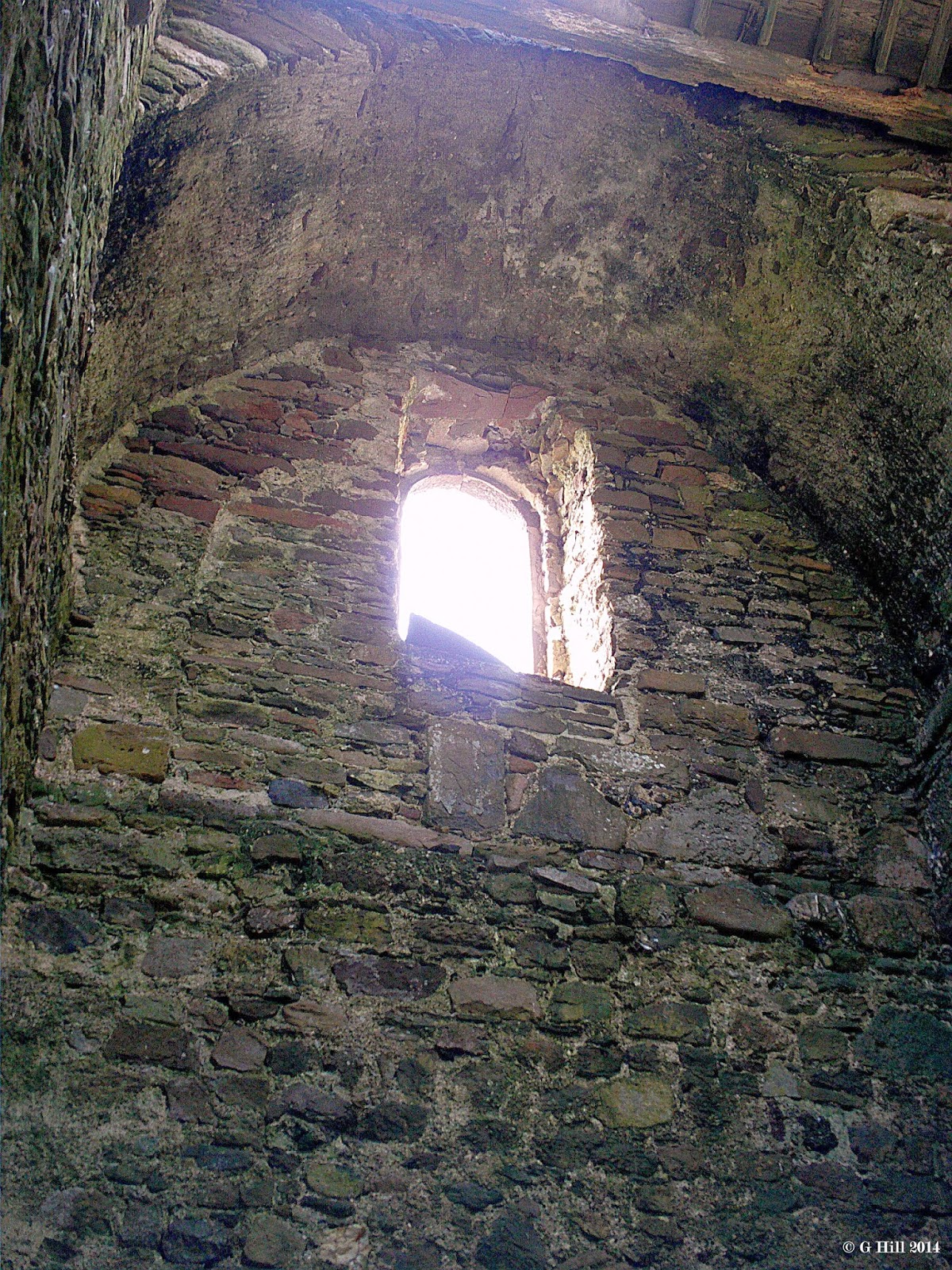 Above Image: Upward interior view of the tower 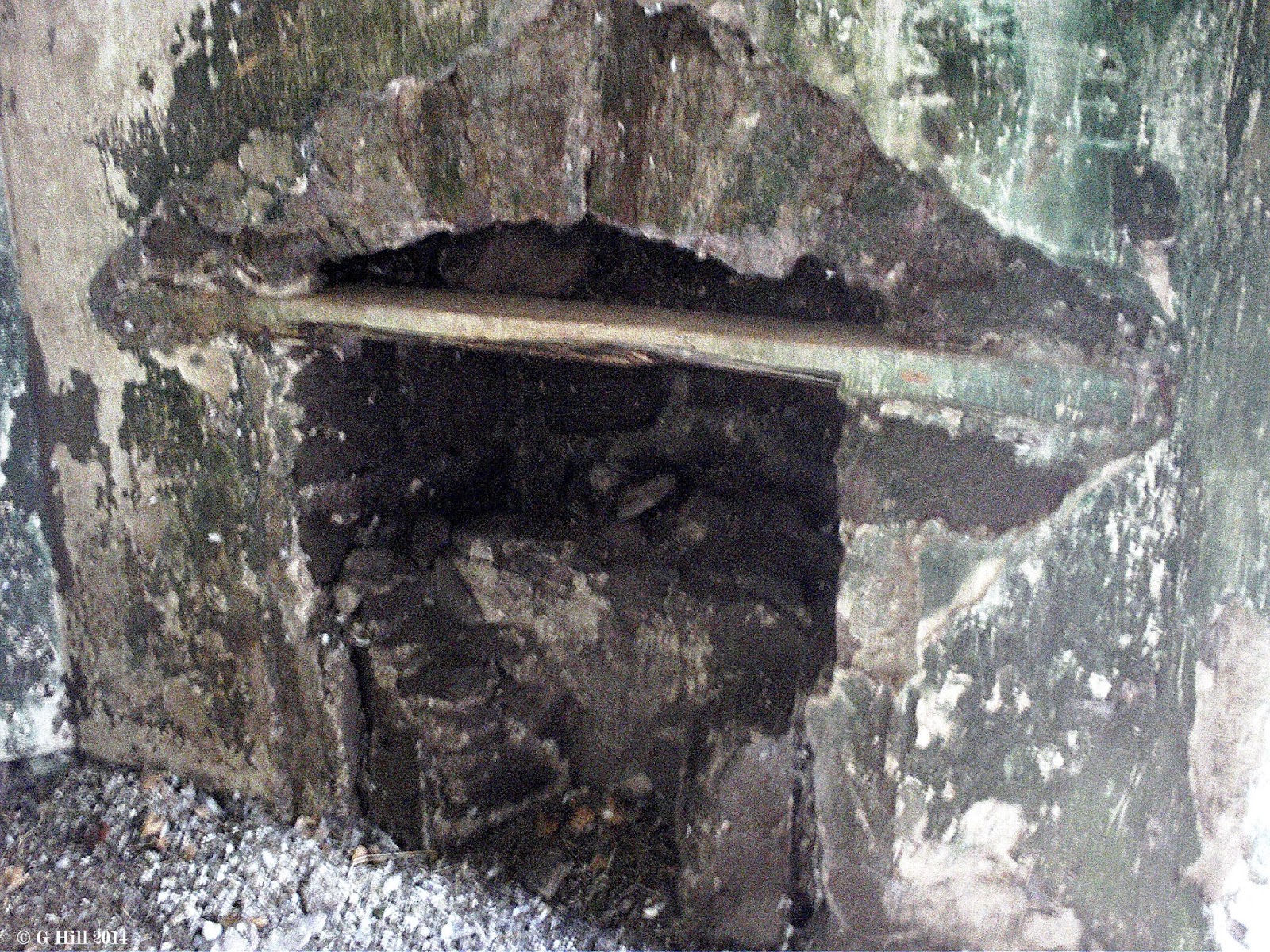 Above Image: a fireplace on the first level 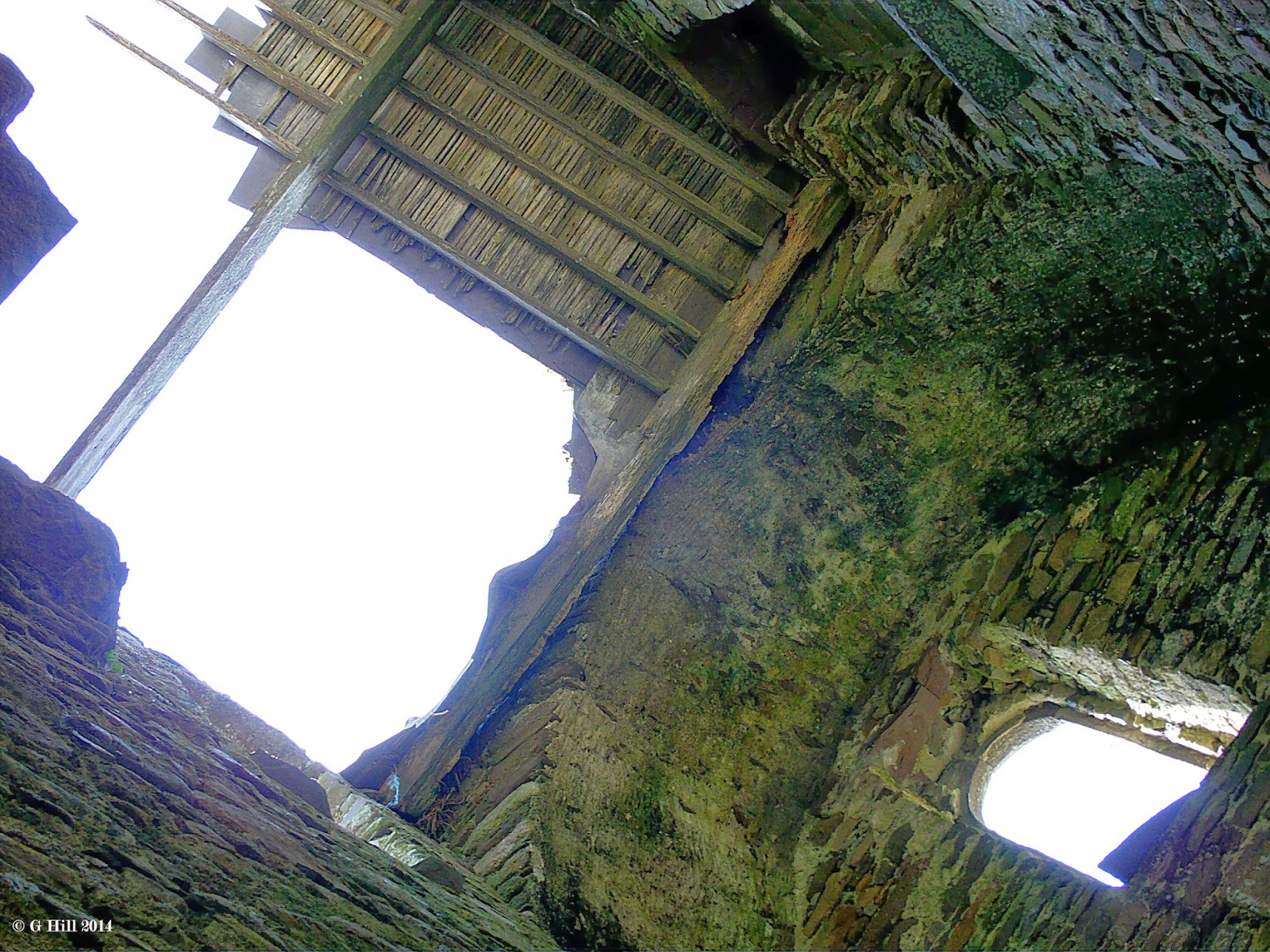 Above Image: Another upward view inside the tower 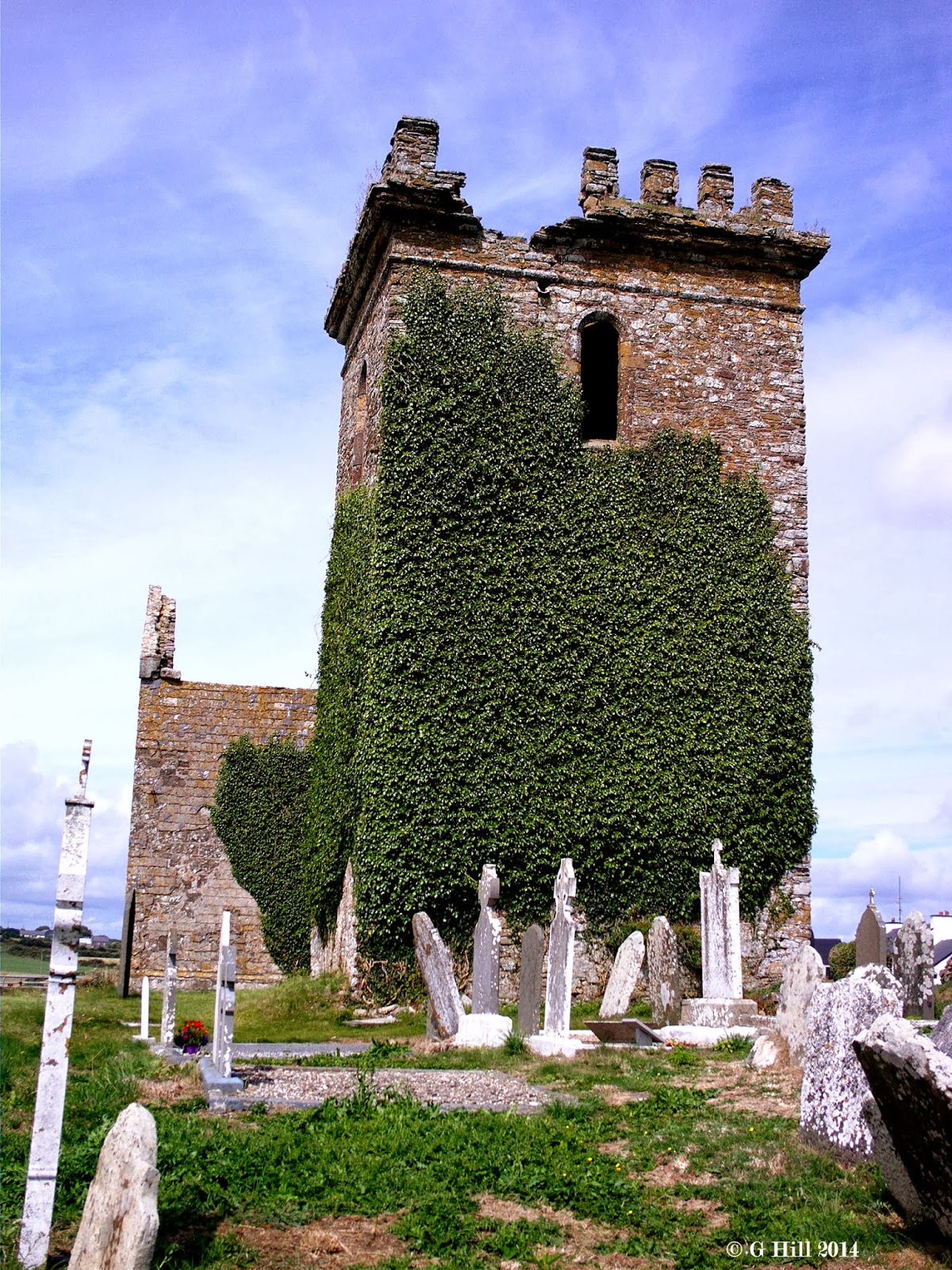 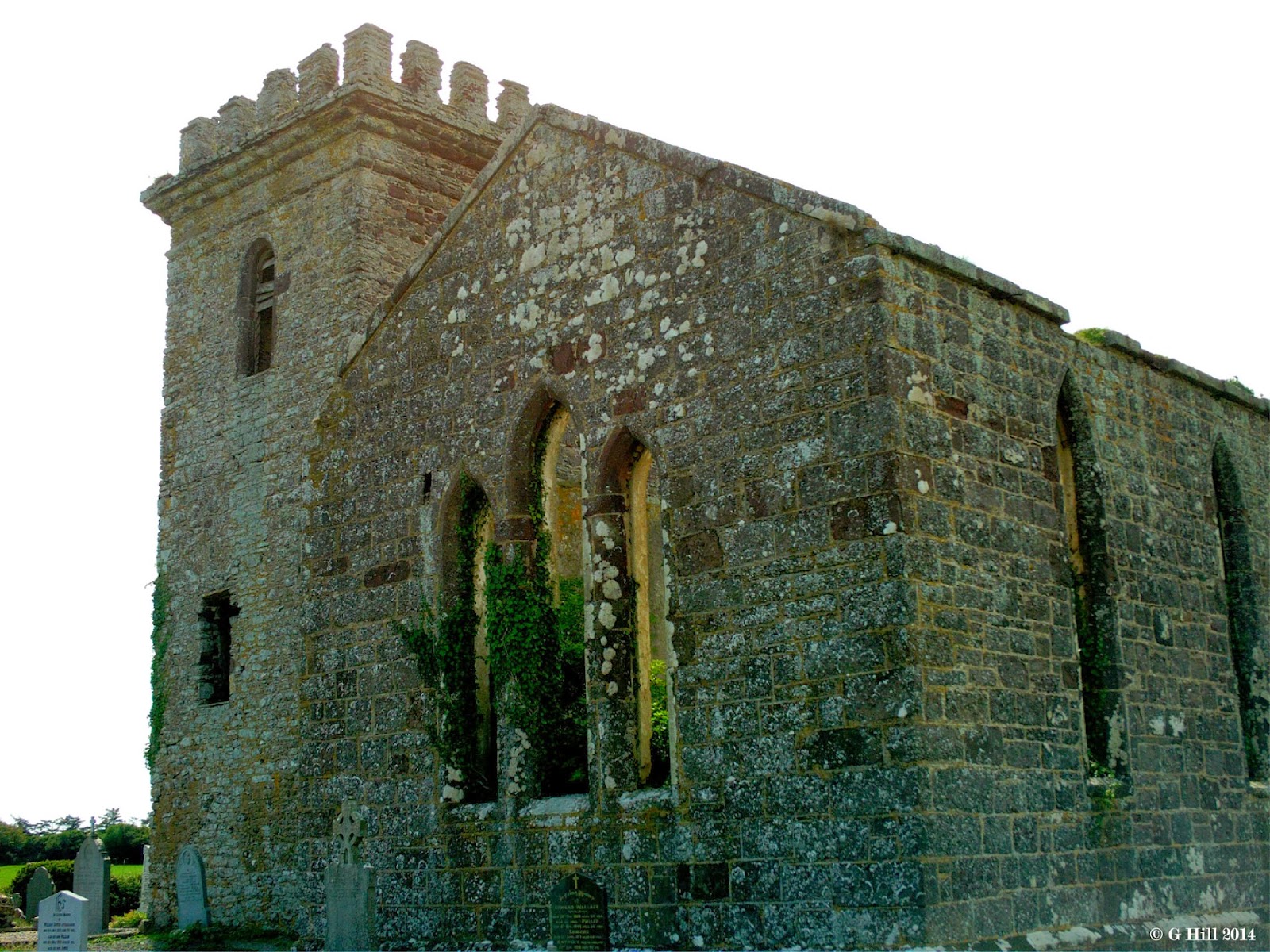 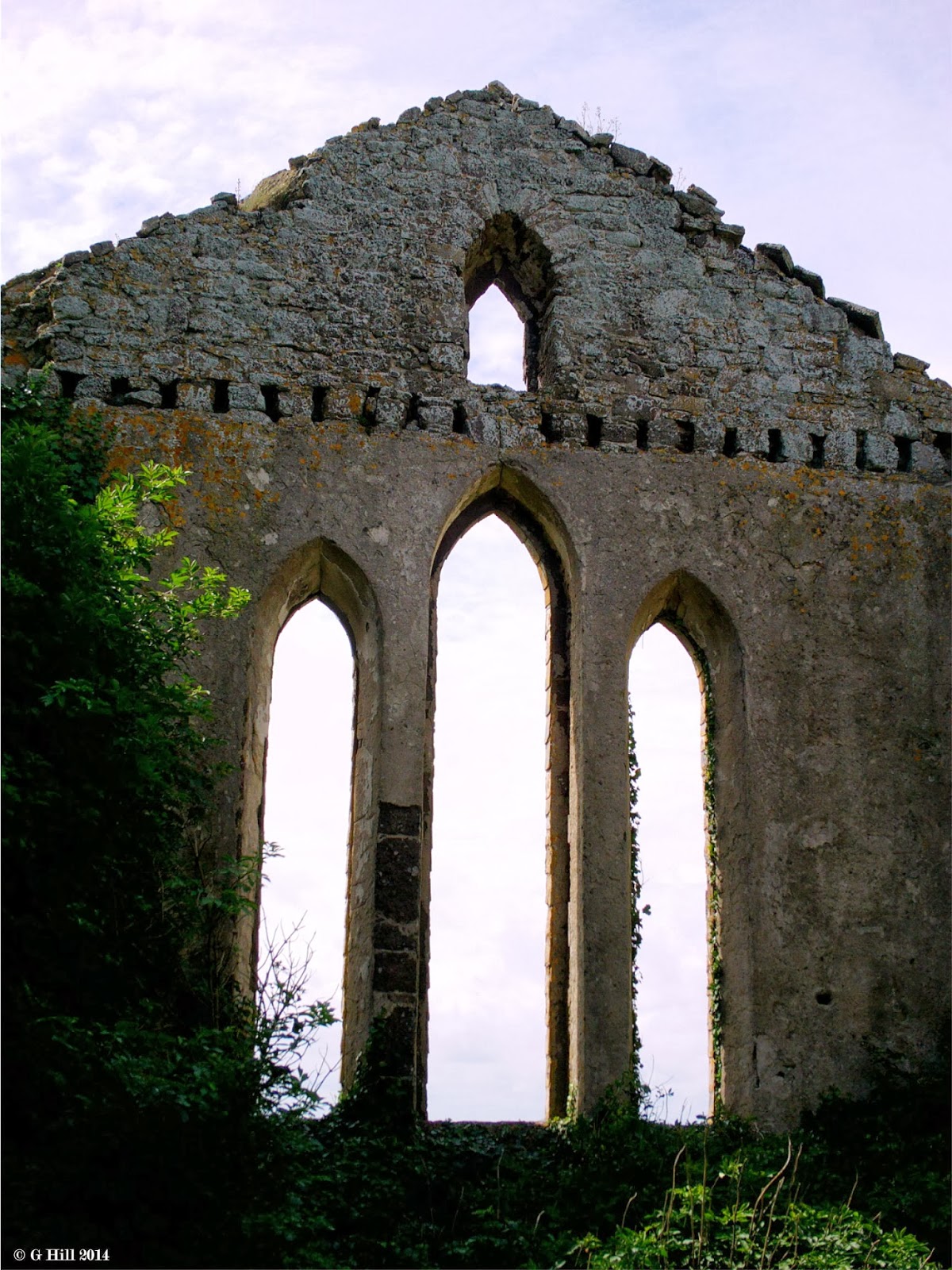 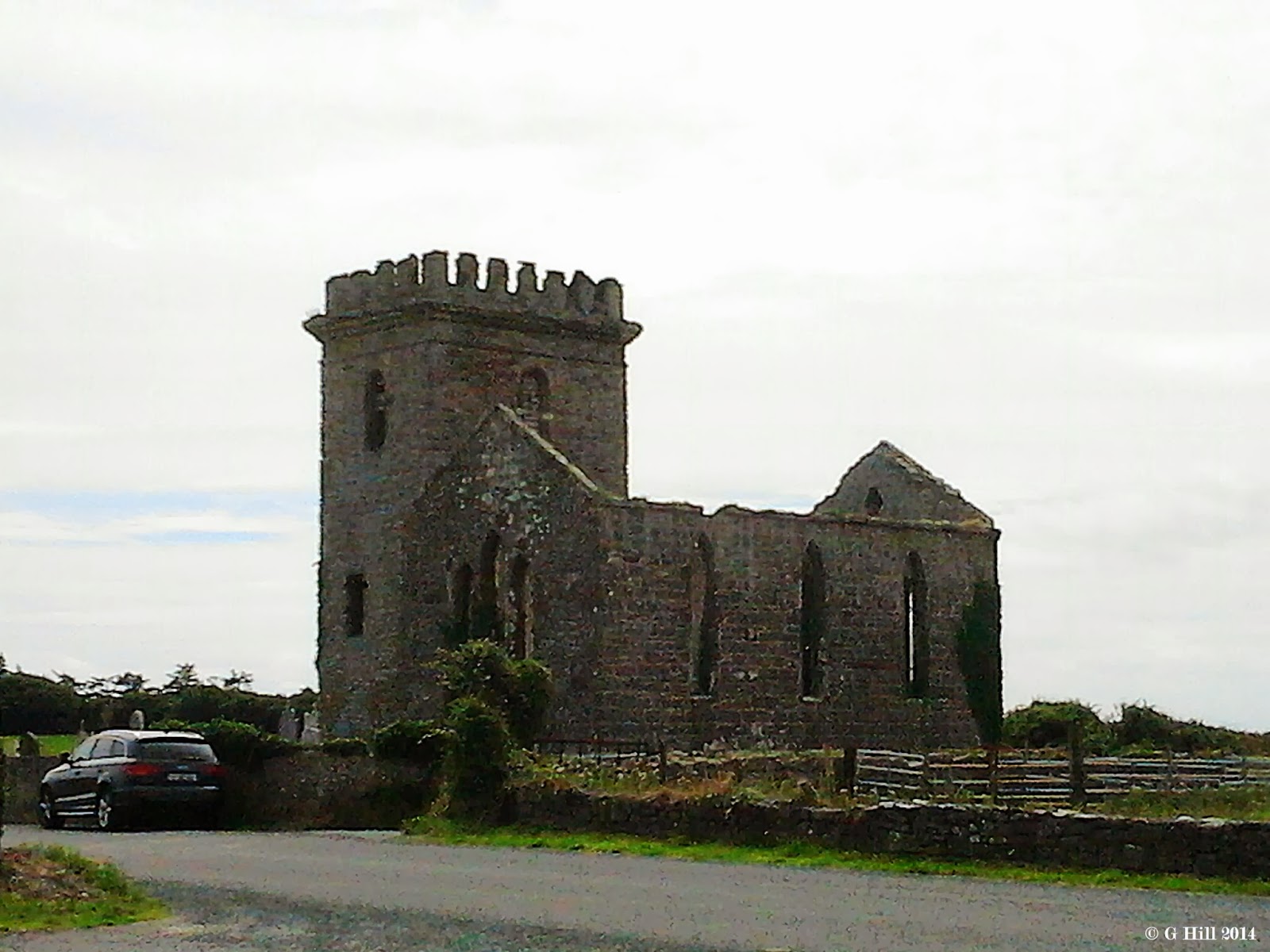 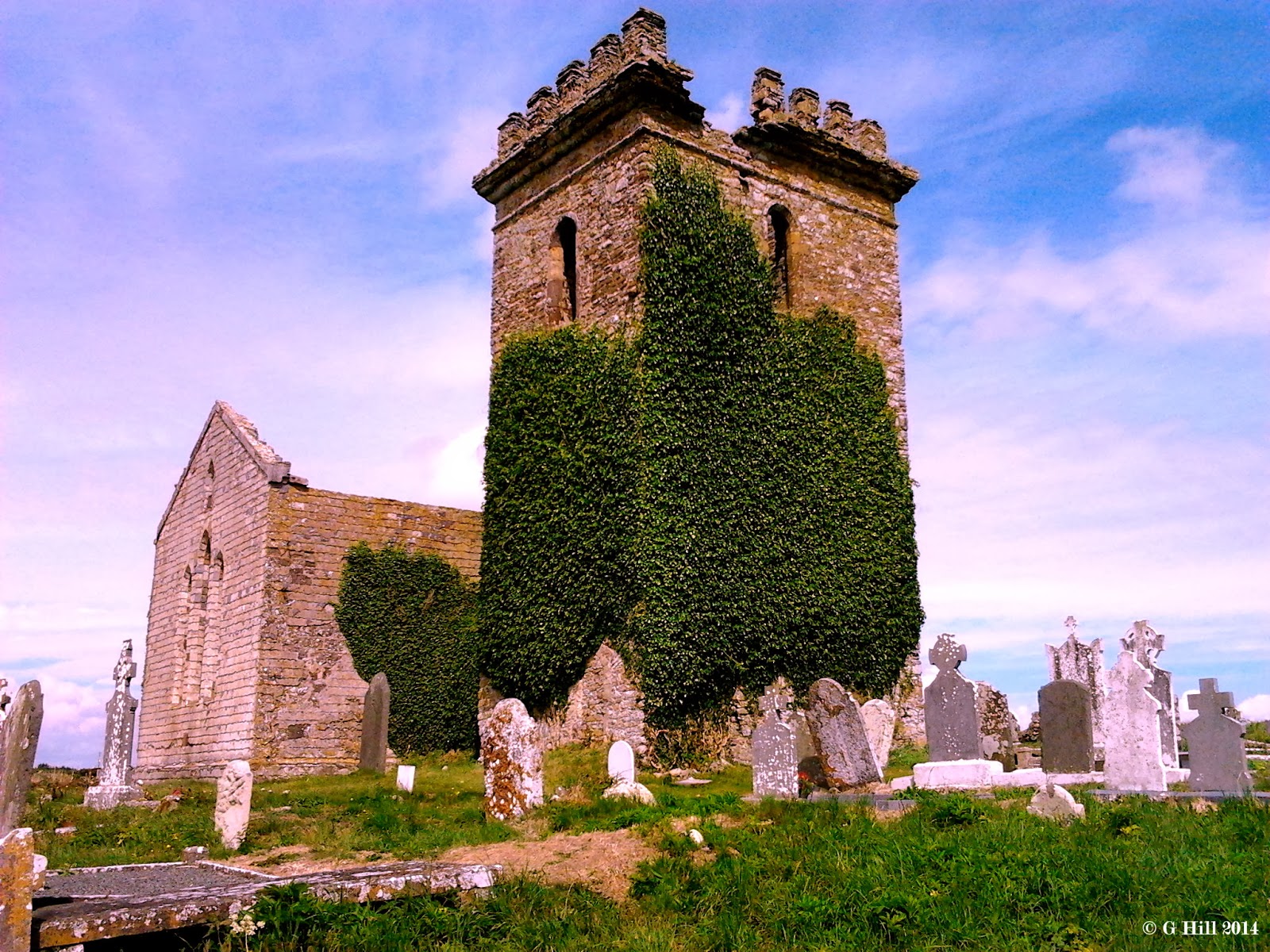 The Knights Templar came to a bad end in Europe in the late 13th century. Blamed in part for the loss of Jerusalem to Islam they found themselves dispossessed of their lands and wealth and in a lot of cases were tortured. In Ireland members of the order were incarcerated in Dublin Castle awaiting trial.
Templetown in Co.Wexford which had been granted to the Templars by Henry II after the crusades was passed on to The Hospitallers of St John, a rival order. They built the medieval tower at Templetown on the lands where the old Templar Church stood. For how long the tower was in use is vague but in the early 19th century a new Church was built alongside it and the tower adapted as a sacristy for the minister of the Church of Ireland. It remained in use until the mid 1800's and was then abandoned as the congregation moved to an even newer church of St Mogue's.
These ruins are certainly a bit of a mish mash. There are only scant remains of the original Templar Church but the medieval tower is quite impressive. It stands four storeys high and has crenellations on top. The old 19th century church has all of it's walls standing but is completely roofless and is joined to the tower by an extension where the entrance door lies. While the newer church section is fairly ordinary, the inside of the tower holds interest. There are a few rather rugged stone steps in one corner of the base from where you can ascend to the first floor level. It's a bit precarious but from up here you can see right up through the upper sections where floors are no longer in existence.
The ruins stand on a grassy mound elevated from the road and are surrounded by an old graveyard with some interesting stones. You can access by a stile by the dilapidated gates at the roadside. After your visit you can refresh yourself at the Templar Inn across the road..
To find The ruins take the R733 South from New Ross towards the Hook Peninsula. Drive for approx. 21Km until you reach Ramsgrange. Continue on through the village and drive approx. 700m until you reach a crossroads with the L4045. Turn right here (The sign says Hook Head 15KM) and drive for approx. 8KM until you reach the Templar Inn on your left. You can't miss the ruins opposite.
Posted by Castlehunter at 20:07