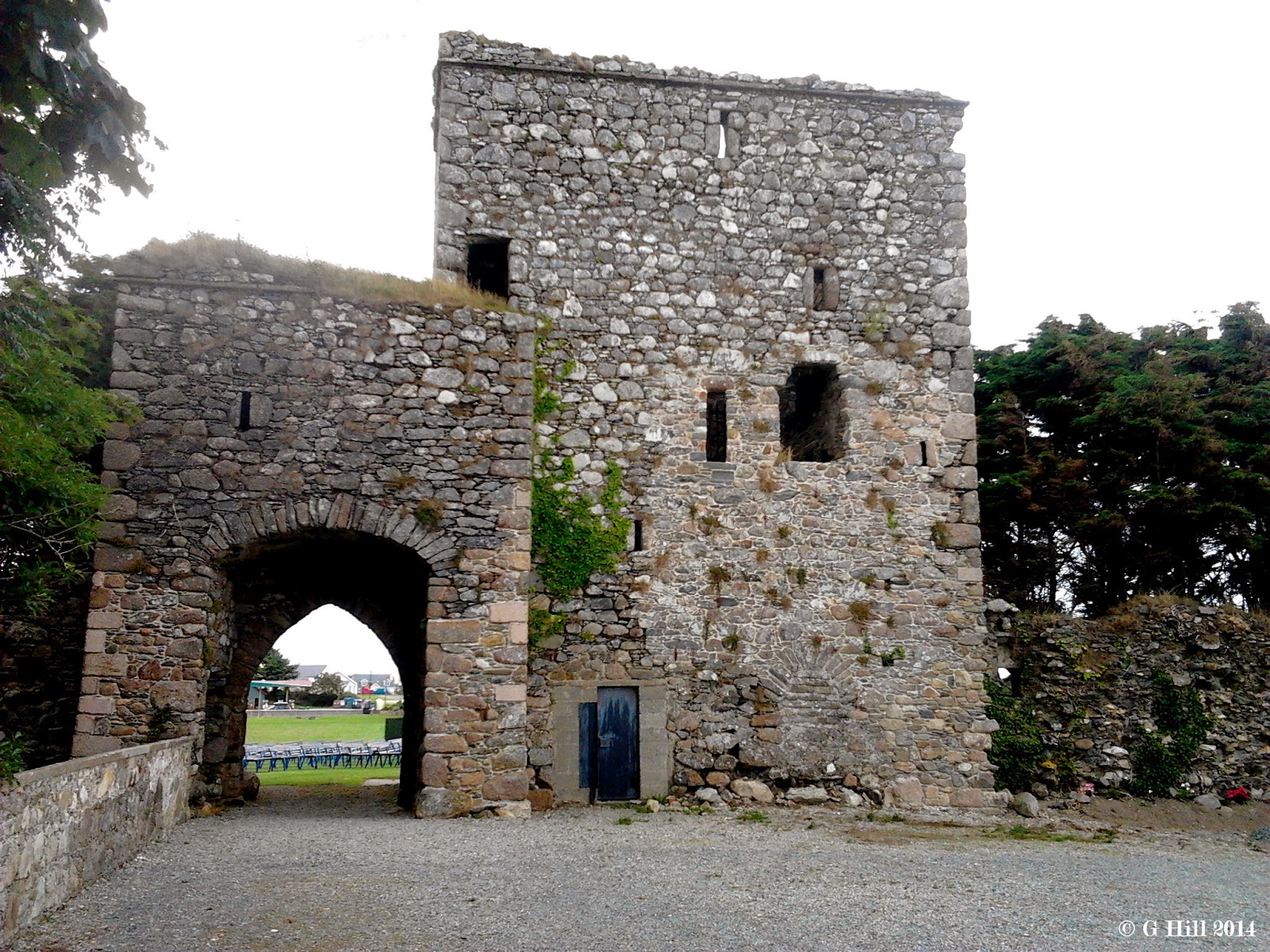 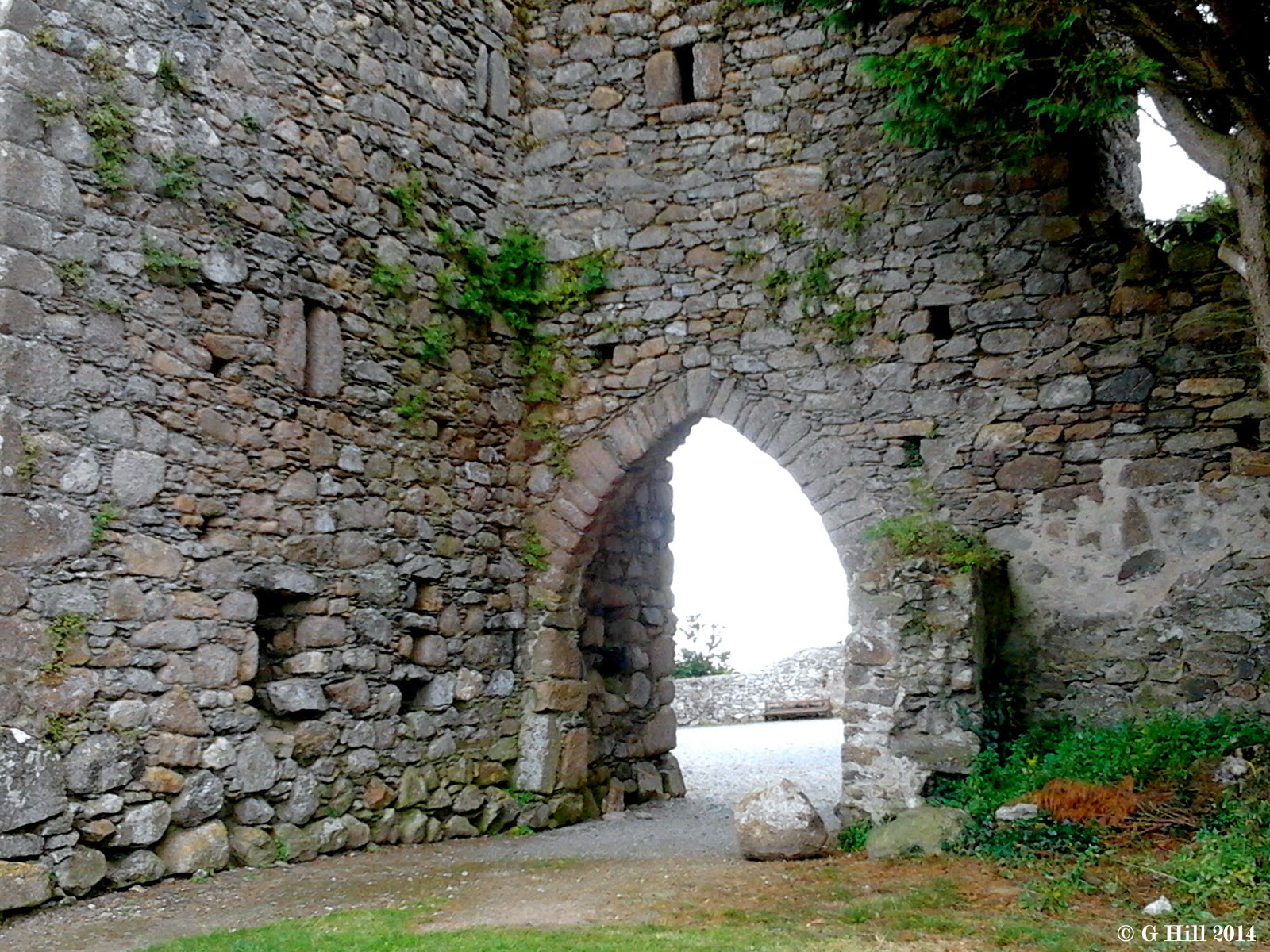 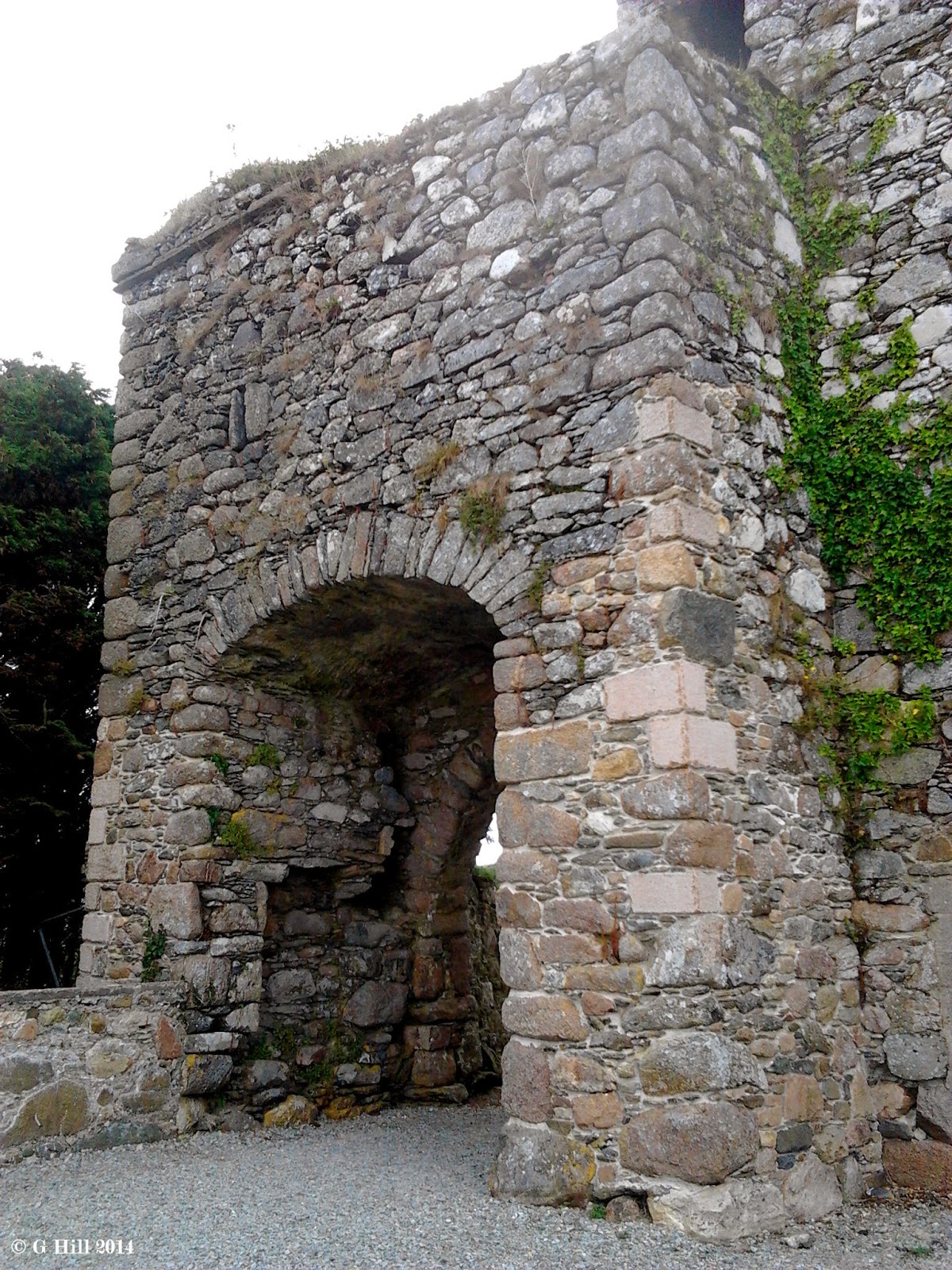 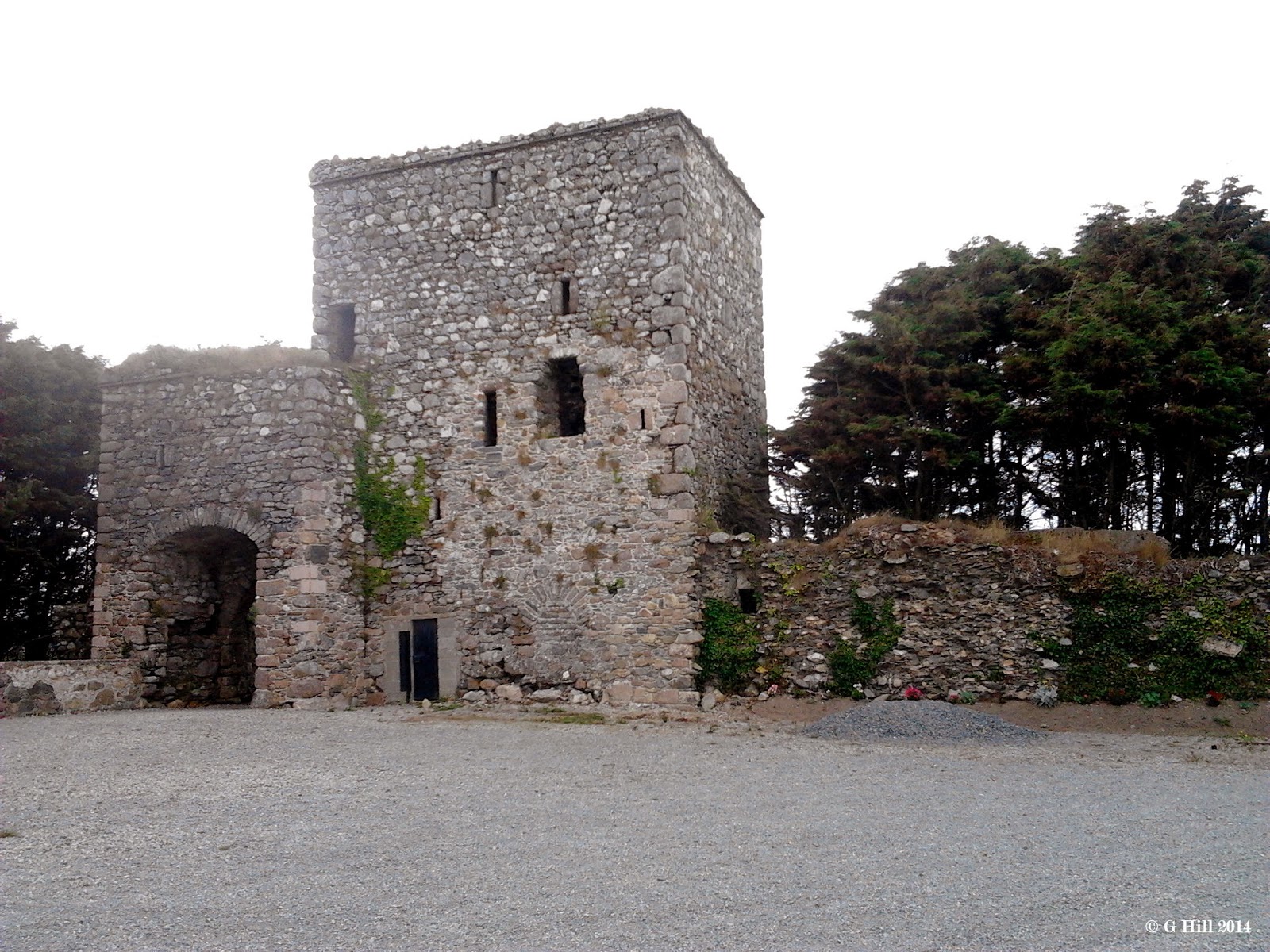 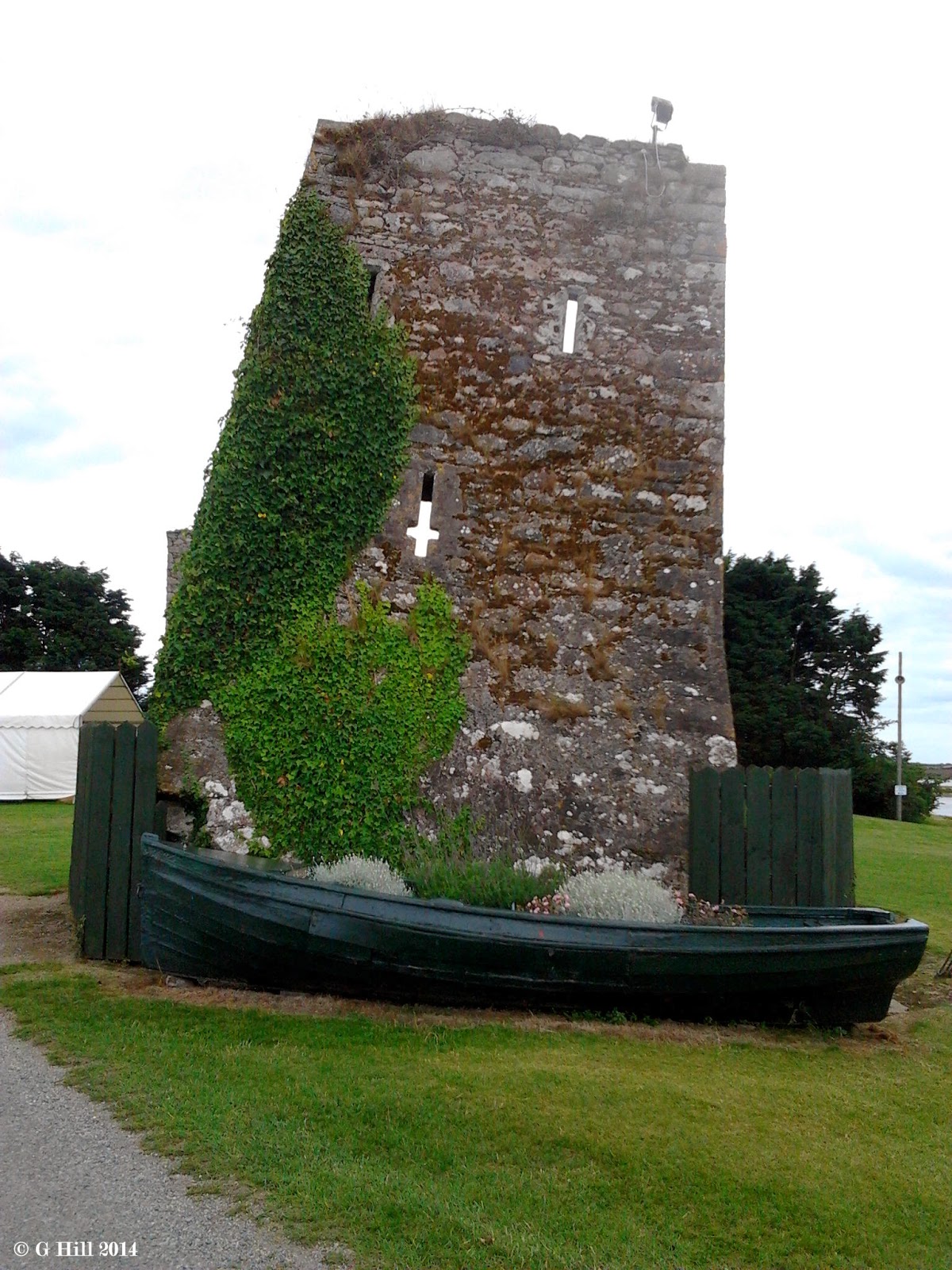 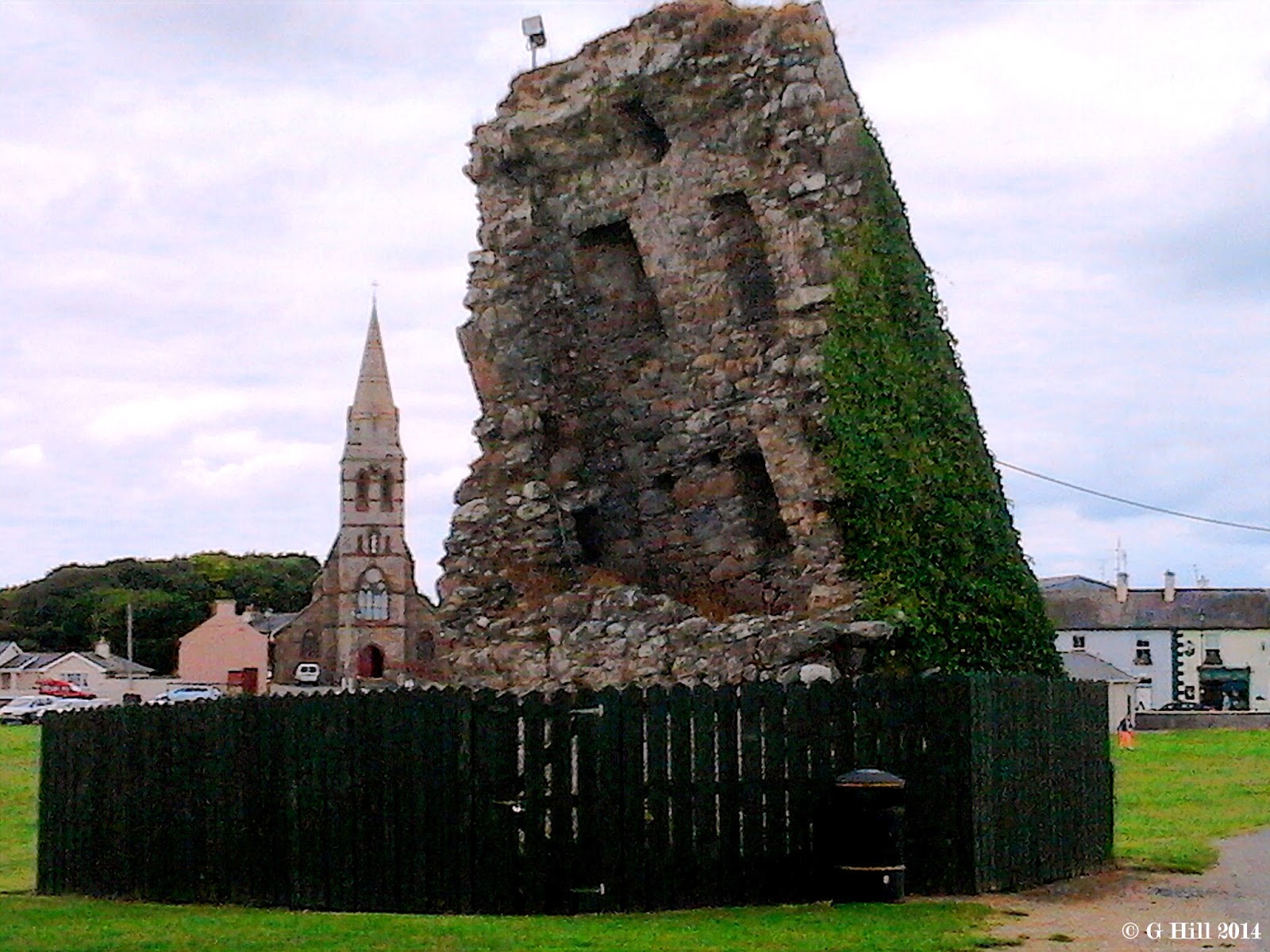 Above 2 Images: The leaning tower 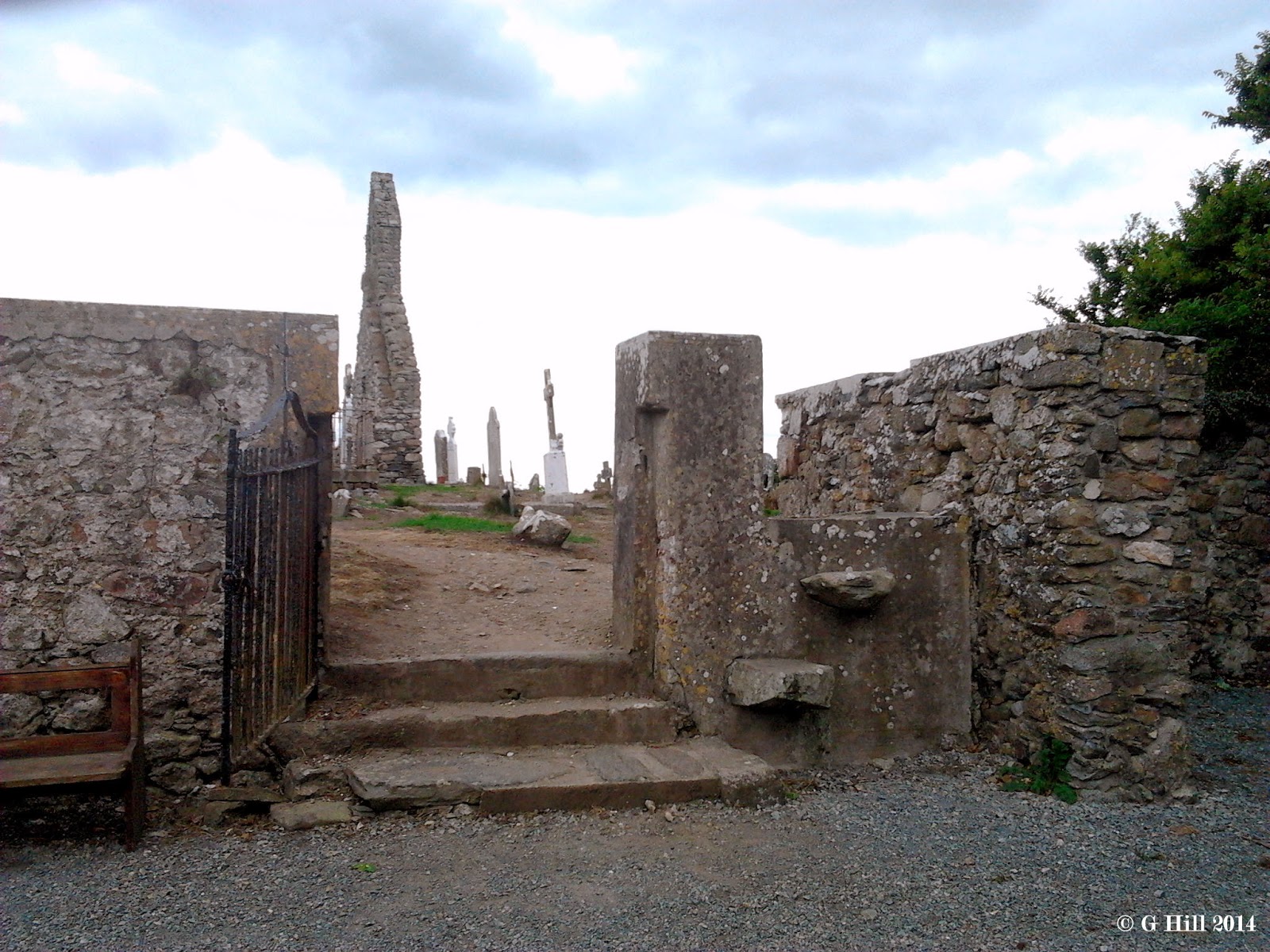 Above Image: Entrance to the graveyard 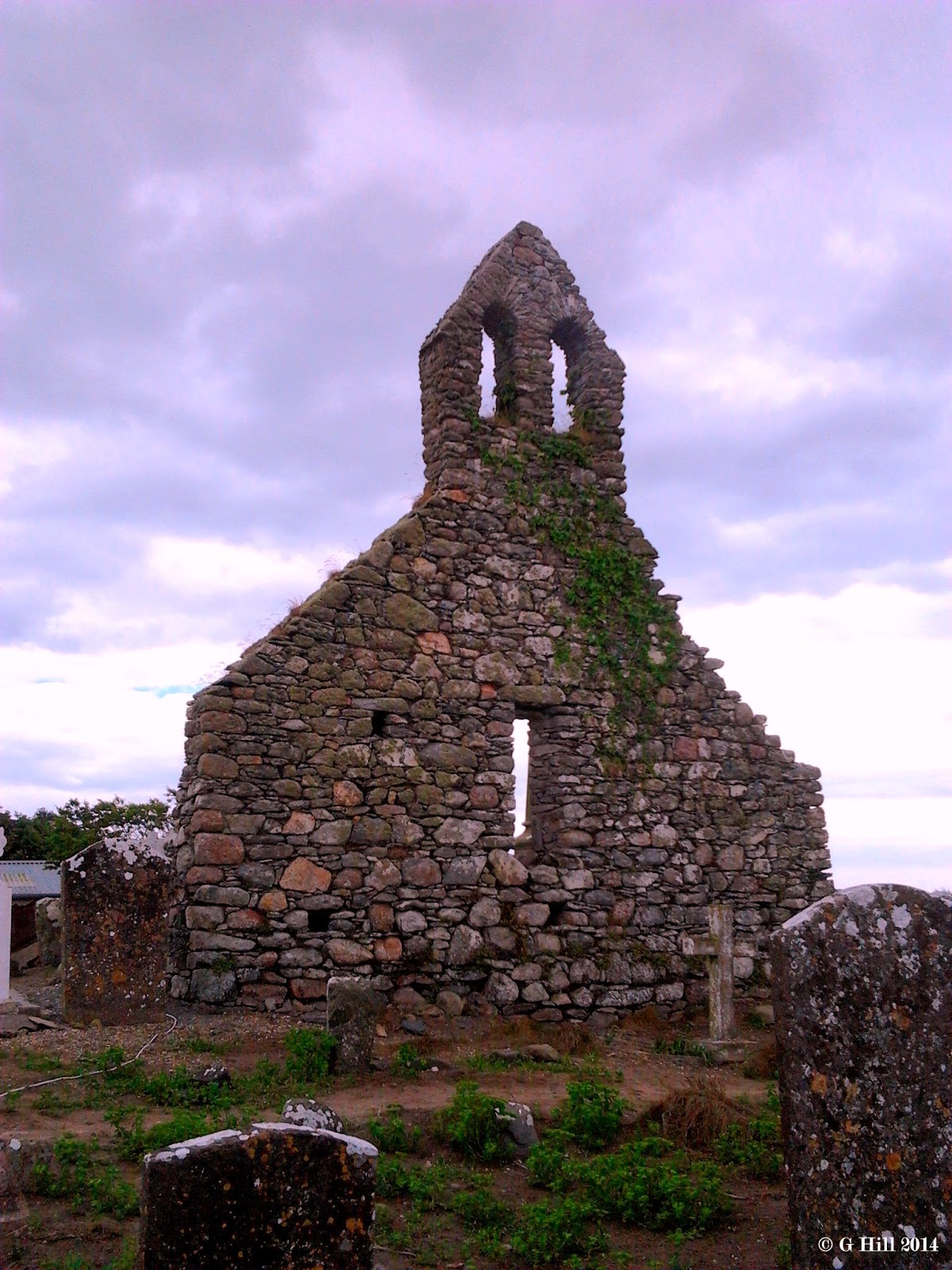 Above & below Images: St Abban's Church 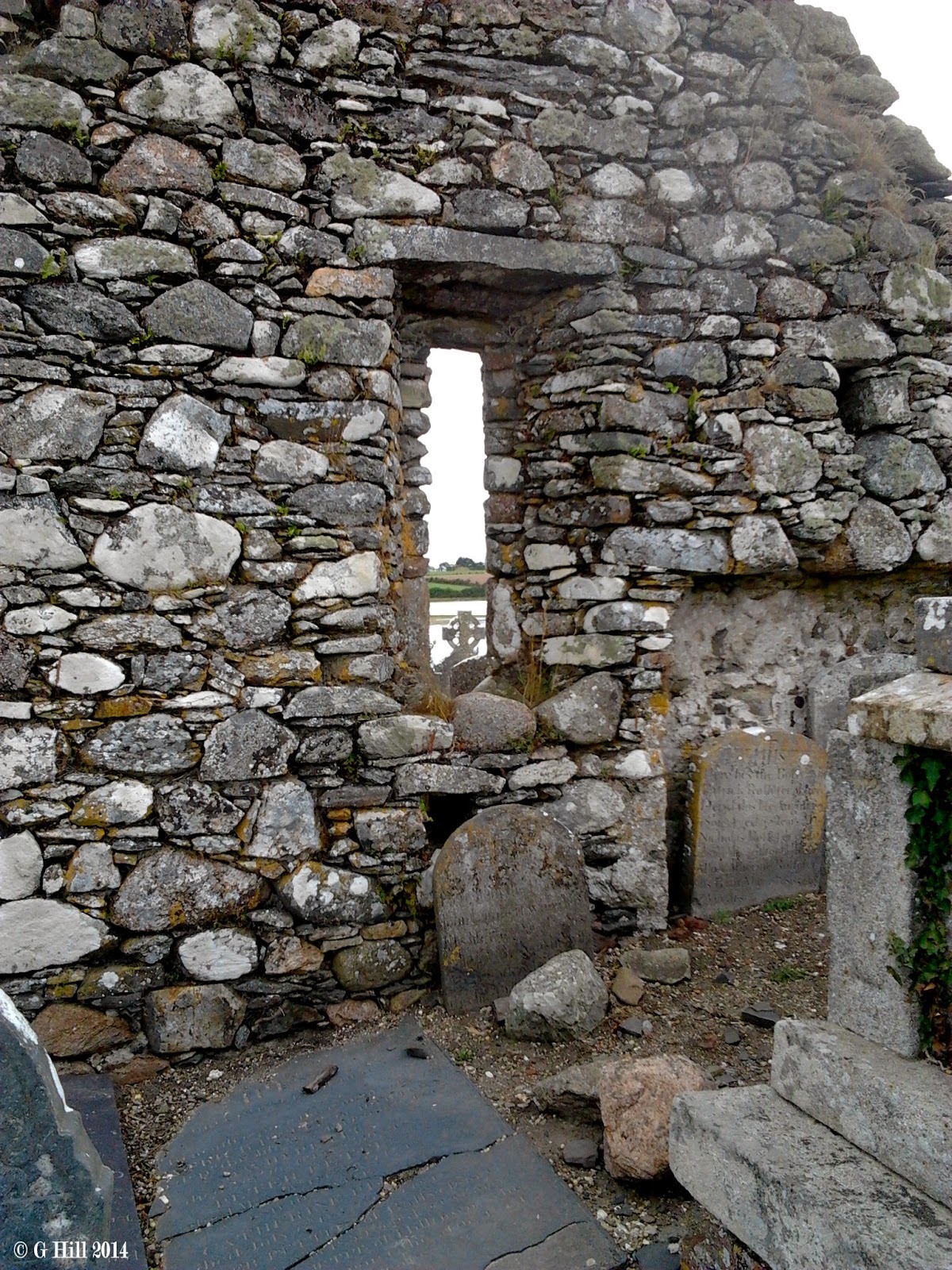 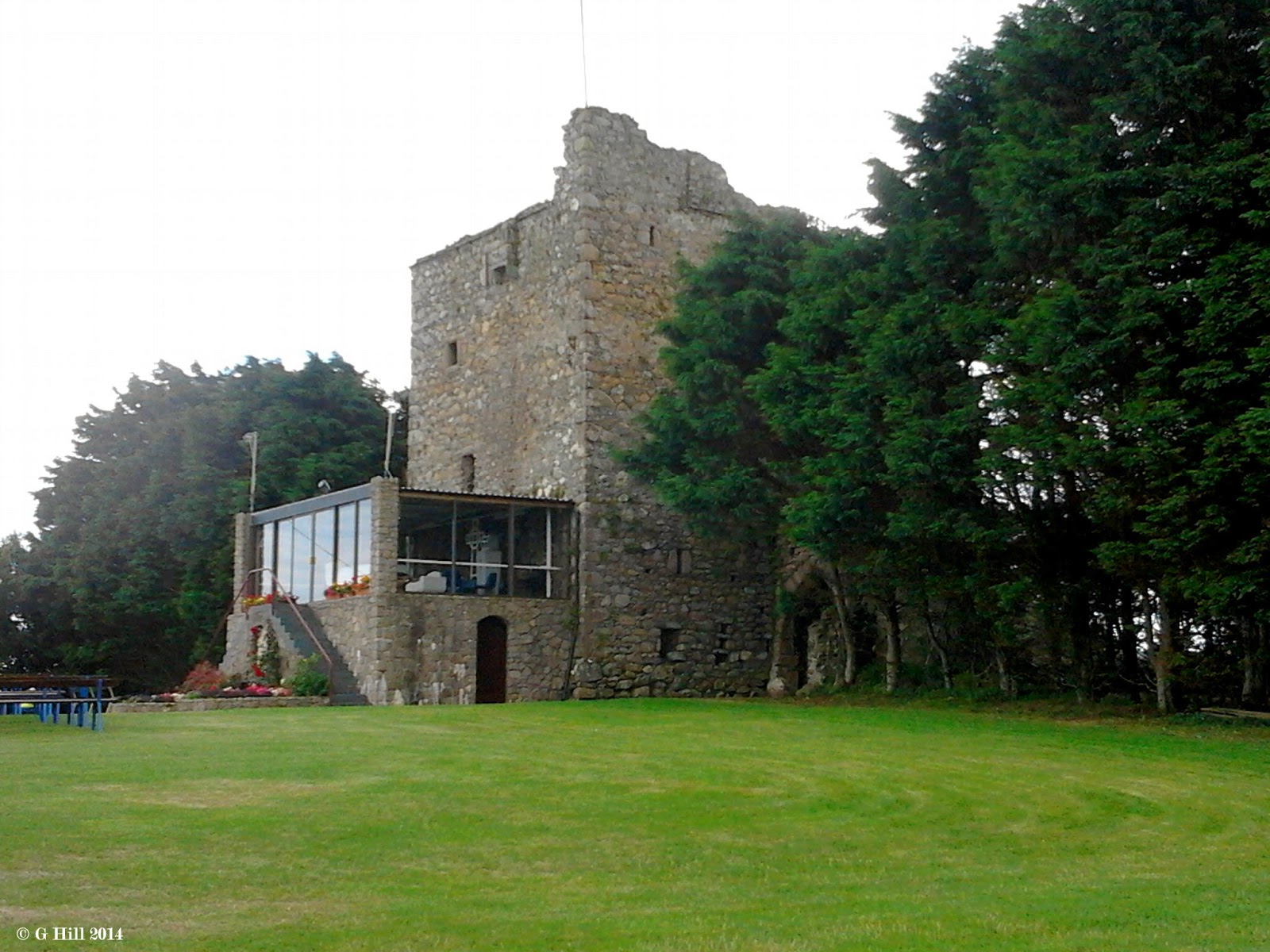 Above Image: The shrine attached to the Castle


Situated on an isthmus jutting into Lady's Island lake this group of ruins are positioned in an area long renowned for pilgrimage. Indeed when we last visited there in August there were quite a few people around the Church area but luckily for us not so congested at the ruins.
The remains of this Tower house built by Rudolph DeLamporte in 1237 continued in use until the Cromwellian invasion in 1649 in which the castle was burnt and plundered and the surrounding lands passed to the Browne family.
The Tower house today still stands to four storeys high and there appears to be a little renovation in progress. The whole area is an important religious shrine so I think the ruins may be benefiting from the general ongoing upkeep. The North wall of the Castle now has attached to it a modern shrine to Our Lady. There are apparently stairways within the tower that lead to a wall walk but these were not accessible on our visit.
The entrance to the courtyard is through the arches of a sturdy gatehouse which is attached to the tower and on either side of these structures are fragments of a curtain wall.
A few yards North of the Tower house are the remains of a curtain wall tower which now leans precariously at a 30 degree angle. Surprisingly this has thankfully not been demolished but simply cordoned off by a low fence and left for people to gasp at. It teeters with it's innards exposed and in this particular position is very striking looking indeed. The leaning tower of Lady's island!
At the far end of the courtyard from the main Castle to add to the interest of this area is an ancient graveyard containing the scant remains of the medieval Church of St. Abban. All that is left now is the gable end that housed the Bell.
The ruins are set in a particularly beautiful setting. The lake itself is interesting as it is one of only two of these types of lake in Ireland. The other being Tacumshin Lake. The lake is divided from the sea not by land but by a sand bar and water from the sea frequently seeps through. It is more akin to a Lagoon.
To find the ruins take the N25 from Wexford towards Rosslare and about 4.5KM ahead of Rosslare you will pass by Cushen's Pub on your left at Tagoat. You will see a sign for the next right turn to Lady's Island. Turn right and follow this raid for approx. 4KM until you reach Lady's Island village. You will find a parking area opposite the spired Church of the Assumption and you will spot the ruins directly across a large grass area.
Posted by Castlehunter at 15:55