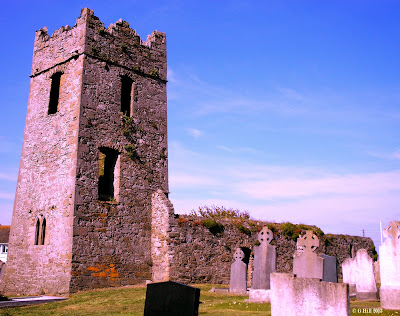 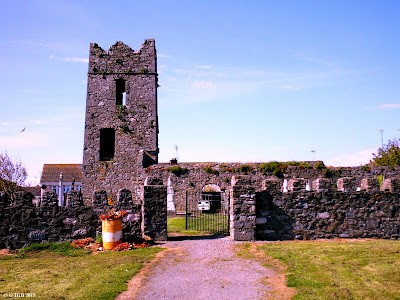 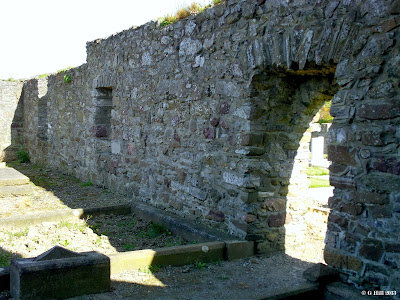 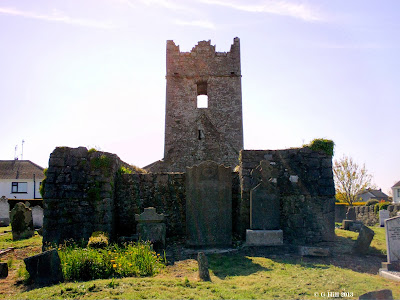 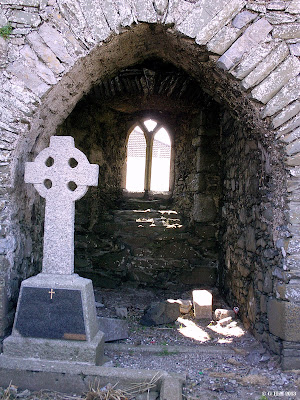 Above Image: Archway to the base of the tower 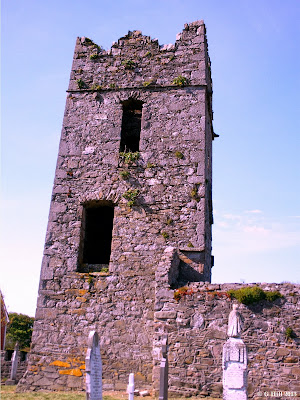 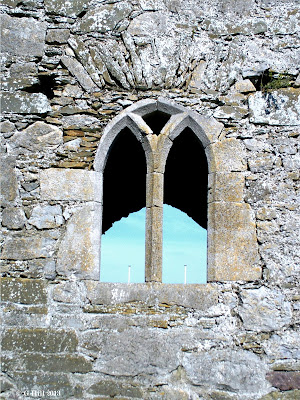 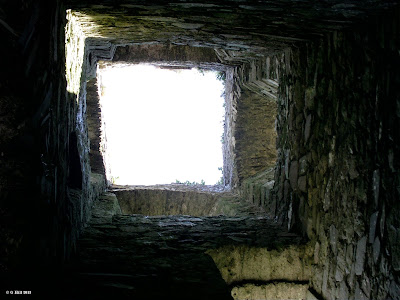 Above Image: A view upwards from inside the tower 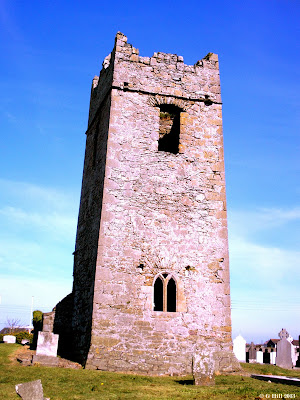 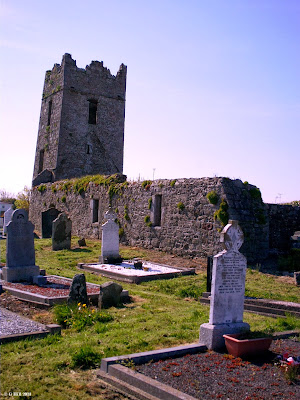 Located near the coast in Portrane in North East Co. Dublin these medieval ruins stand within a graveyard enclosure. The Church originally called Sr. Canice's was under the ownership of the Nunnery of Grace Dieu, a well to do Augustinian convent founded in 1190 which flourished until the suppression of Churches in 1540. The nuns finally left Grace Dieu in 1577 and the lands fell into the ownership of the Barnewall family who are said to have used some of the stones of Grace Dieu to build Turvey House. The Church itself was granted to Francis Agard by Elizabeth I and by this time was renamed St. Catherine's. It appears to have still been in use until the end of the 1600's but subsequently fell into ruin.
The most striking feature is the tall three storied tower with it's castellated top giving it the look of a fortified tower house. This probably served as a place of refuge and for storage of valuables. All four walls of the Church still stand to some degree and form a long rectangular shape approx 20m x 8m. The doorway is situated in the South wall.
We found the ruins easily enough as they are almost surrounded by modern housing and easy access roads.. The site is only 150m from the seafront. A gate and pathway from Burrow road lead to the enclosure and there is no restriction to access. It's a pity that the ruins don't stand in a more rural setting as the would have originally with a backdrop of the sea as the modern housing give a sort of cramped feel to the location. The tower is very impressive and is not in bad shape on it's exterior. There  is an archway within the Church that allows you to stand at the base inside the tower and view upwards where there is now a gaping hole to the sky. The Church originally stood at the gates of Portrane Castle, the ruins of which lie nearby and which we will endeavour to visit soon.
To find St. Catherine's, take the junction 4 exit of the M1 motorway heading North and at the top of the ramp turn right and cross over the motorway bridge. On the roundabout on the far side, take the exit for the R126. Continue on for approx. 6KM passing Newbridge House and straight through Donabate Village. You will eventually reach a fork in the road and you will spot the ruins on the left hand road (Burrow Road). Parking is easy enough in this area.