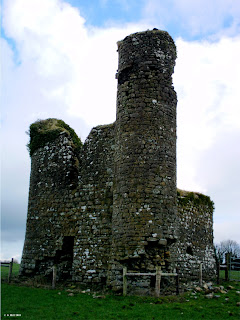 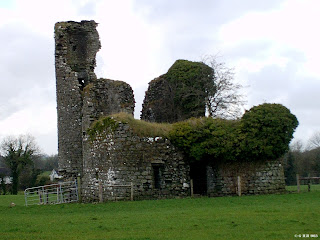 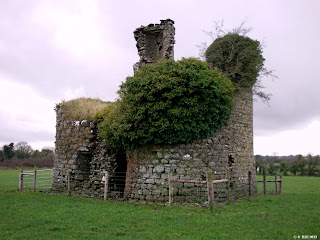 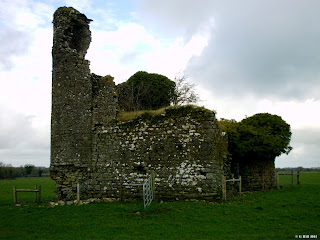 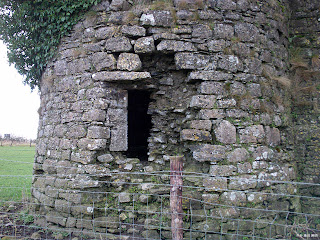 Above Image: The stump of a long gone tower 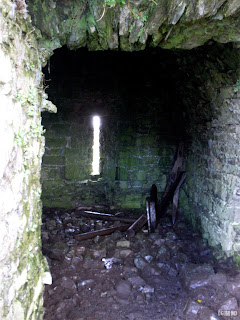 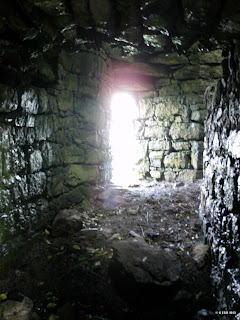 Above 2 Images: Some interior shots 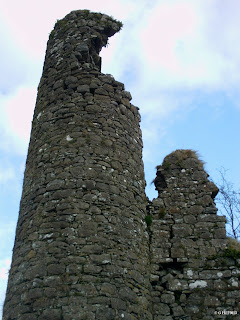 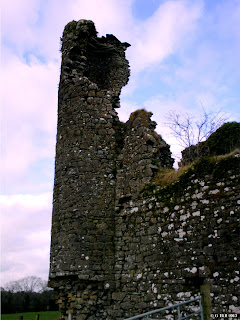 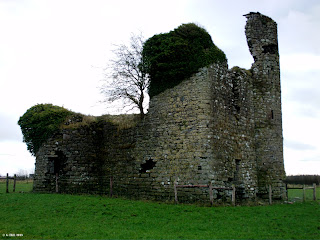 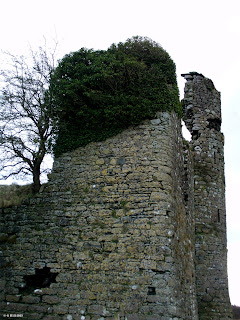 Standing lonely in a field just off the Athboy to Delvin road stands the remains of Causetown Castle (or Lisclogher, depending on which town land you think its in). This 16th century Z-plan tower house has been reduced today to just one storey. It has two towers standing on the North West and South East corners. The smaller South east remains most intact and sports a garderobe turret. The greatly reduced North East tower still contains remains of a stairs. The tower house was the abode of the Dowdall family a well known  family who would have come to Ireland around Norman times and gained a foothold in the area.in the area. There is little more information about the Castle but it most likely besieged in either the Cromwellian invasion or the subsequent rebellion in the 1600's.
Today this shell, visible from the road, is in a pretty poor state but it still has a striking aspect to it that makes you want to stop and explore further.
The road alongside is quite narrow but it is possible to park at large field gates outside. The Castle lies on farmland but we were in luck the day we stopped as the padlock on the gate was undone so we made an entrance and trekked across the field which was quite boggy from a lot of previous rainfall in the prior week. This day though was dry and bright but the field was still swampy in places. It looks now with the added fencing to the outside that it is being utilised as a byre for cows and it is quite muddy around the entrance door. Within there is not much to see except the very solid looking barrel vaulted ceiling on the ground floor otherwise it appeared to be actually raining inside as water still ran down the walls and ceiling cracks from previous rainfall. Certainly the outer aspect is much more interesting.
Boggy or not it was great to get up close to this ruin and its well worth a stop especially if the weather has been dry and you don't have to avoid sinking in the mud!
To find Causetown Castle, take the M3 Dublin to Cavan Motorway and exit at Junction 9.Take the N51 towards Athboy and once through the town drive for approximately 4km and you will eventually spot the Castle in a field on your right, Drive slowly as you will need to park at the field gate outside.
Posted by Castlehunter at 16:34