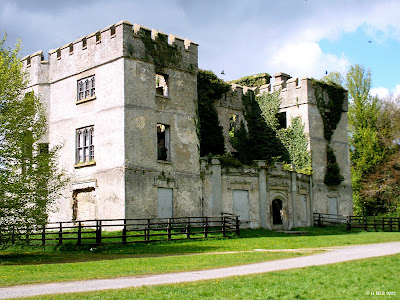 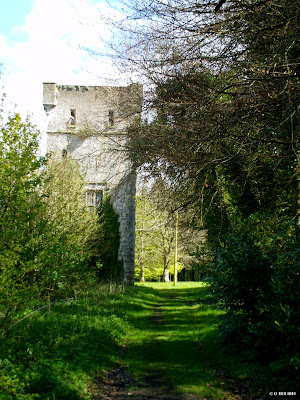 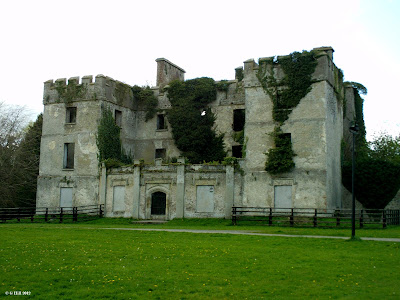 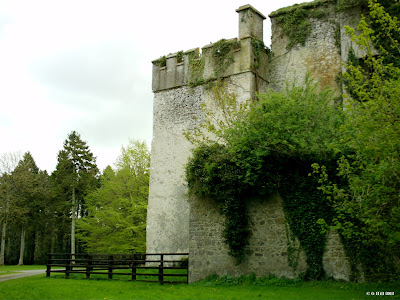 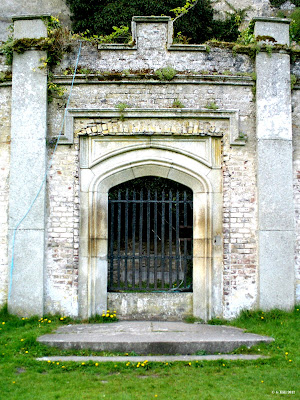 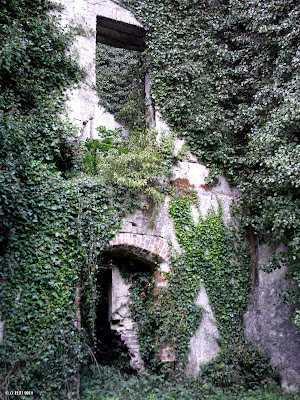 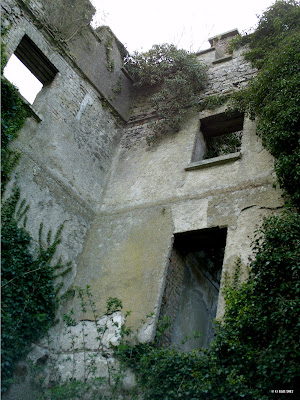 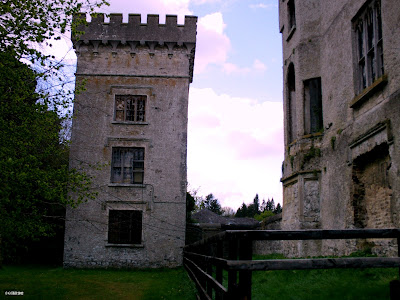 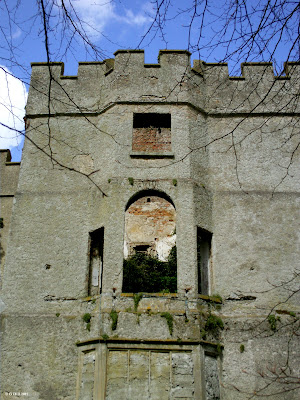 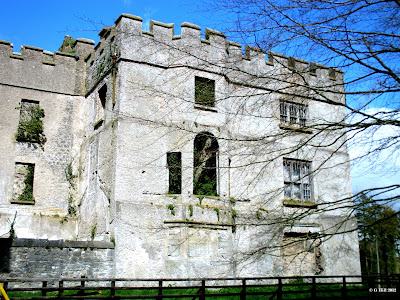 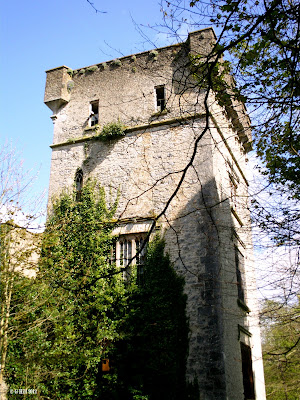 The lands of Donadea were granted to the Aylmers of Lyon in 1597 by the Earls of Ormond. The original Castle Tower was constructed by Gerald Aylmer over many years finally reaching completion in 1624. The Castle was damaged badly during the rebellion of 1641 but saw many changes to it's structure during the course of the next 200 years. It was rebuilt in 1773 and in 1827 the whole front of the Castle was remodelled incorporating the original Tower. Wings were added a few years later and the surrounding lands landscaped into a fine estate.The last resident of the Castle was Caroline Aylmer who passed away in 1935 leaving the estate to the Church of Ireland and subsequently the Irish State. It was deroofed during the 1950's and subsequently fell in to ruin not having ever been occupied again.
The Demesne of Donadea was laid open to public use in 1981 and has remained that way to this day. There is a large forest car park (parking for the day  €4) and a wonderful forest walk that incorporates the man made lake built by the Aylmers.There is also a Cafe for refreshments available for you after your walk.
We visited on a sunny day in April and the late spring sunshine really evoked the grandeur and colour of the Demesne. The Castle itself is barred up as it is probably unstable within but you can see the interior through the gate. You can walk around three of it's four sides and each aspect is different. It is surrounded by a high wall at it's rear which also has a trail leading around it. Though overgrown and laid bare it is still a wonderful structure and must have been magnificent in it's time.
To find Donadea Castle take the Junction 8 exit on the M4 from Dublin.On the roundabout at the top of the exit ramp take the left turn onto the R158. This will lead you to a smaller roundabout. Turn right onto the R407 and drive for about 6km until you reach Baltracey crossroads. You will see a sign facing right for Donadea. Turn right and drive for about 3Km and you will come upon the entrance way to the Demesne.
Posted by Castlehunter at 13:21