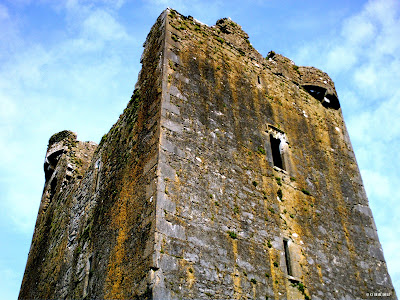 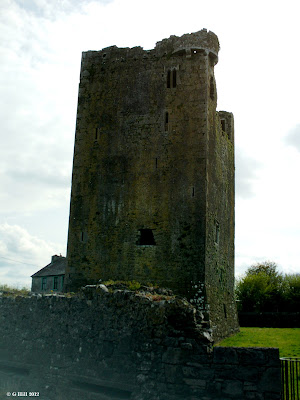 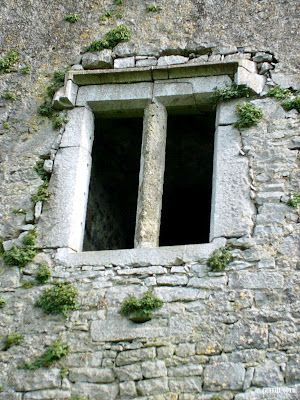 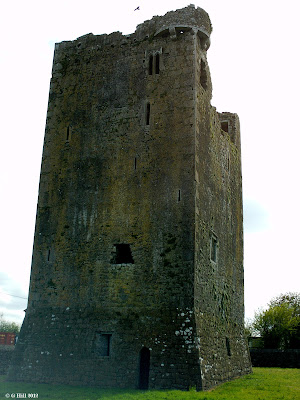 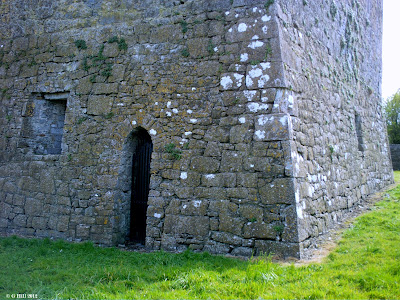 Above Image: The small chamber 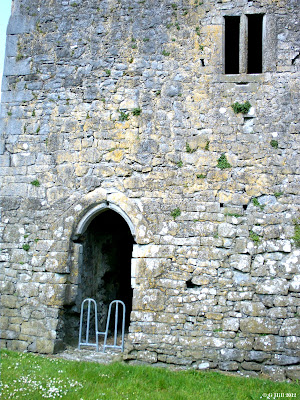 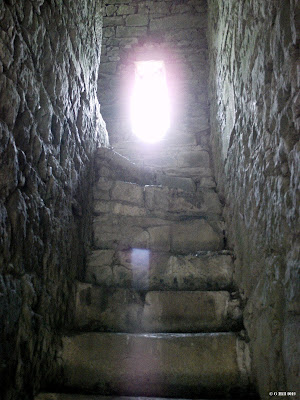 Above Image: The Stairwell 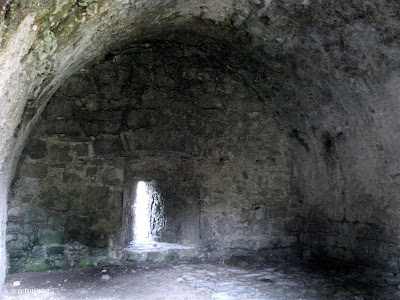 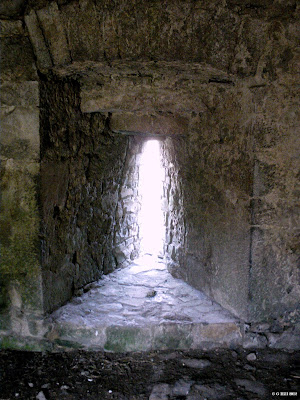 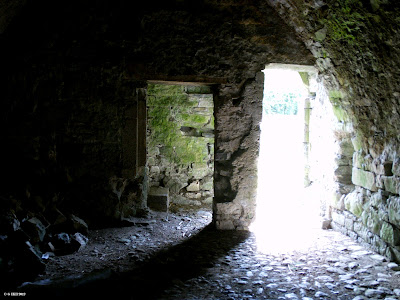 There is a sketchy history surrounding Grallagh Castle. Situated in the Barony of Middlethird it was constructed in the 16th century when the lands of Grallagh were passed to Edmond Butler and subsequently James Butler the son of Lord Dunboyne.
The four storey Tower stands quite solidly today partially ruined and surrounded by the remains of a Bawn. There are wall turrets (Bartizans) on both the North east and South West corners. Access to the Castle is by means of a doorway in the West wall and within there is a stone staircase that ascends up the western side.
We found ourselves passing through the curiously named Horse & Jockey in Co. Tipperary and so decided to check out this nearby ruin as in the past it was possible to ascend to the top. The OPW have it under their care and so their is a roadside pedestrian gate allowing access to the site. The first thing you encounter is a small doorway on the wall facing you as you enter which appears to be blocked up with black bars. Surprisingly the grill opens, but unfortunately only leads into a tiny chamber and not the main part of the Castle. As we soon discovered the main door was on the reverse side out of view of the road and was open apart from some bars erected no doubt to keep animals out.
Our disappointment was not to end however as we found the staircase inside was well and truly padlocked. We discovered later that this was due to insurance concerns as someone had been spotted hanging out of an upper floor window. There is an adjacent house at which we received no answer that day, so anyone visiting might care to try and see if there is a sympathetic key holder available!
What we did get to see was the lower room with it's slit windows and barrel vaulted ceiling. The Tower on the outside is quite impressive rising to quite a height with most of it's exterior walls intact. If you happen to be in the area it is definitely a worthwhile stop.
To find Grallagh Castle, take the M8 from Portlaoise to Cork and exit at Junction 6. On the roundabout at the top turn left and drive for about 200 yards until you reach a T- Junction with the R639 at Horse & Jockey. Turn right onto the R639 and a few yards later take a left turn. You will find Grallagh about a Half mile down this road on your right hand side. Limited parking is available at the roadside gate.
Posted by Castlehunter at 11:58