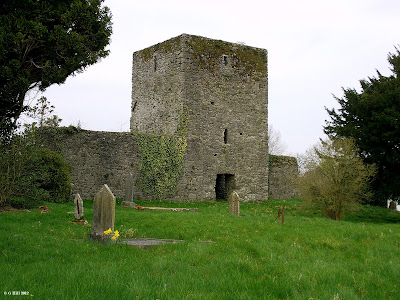 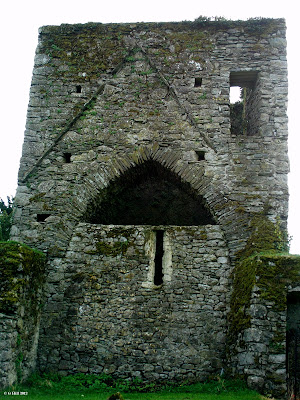 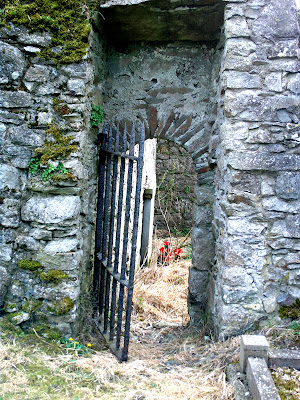 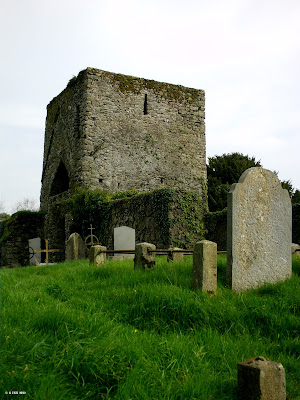 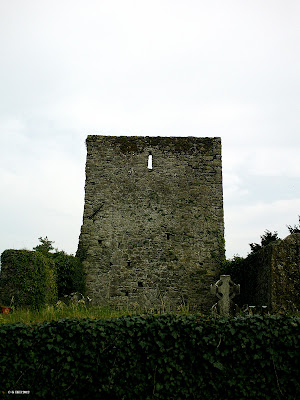 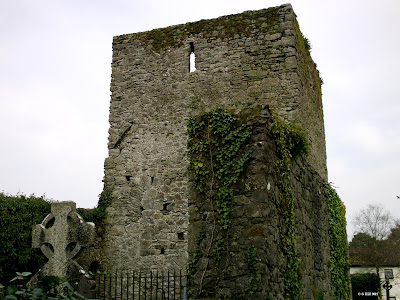 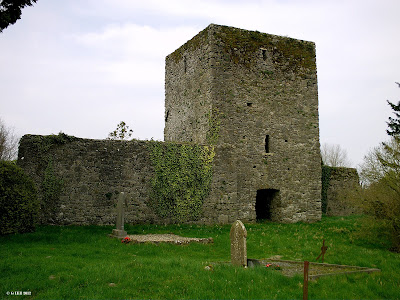 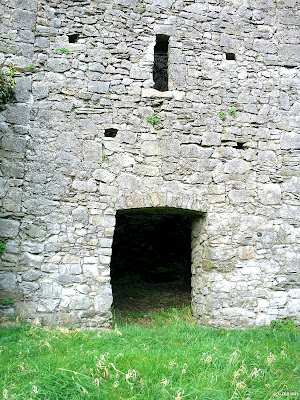 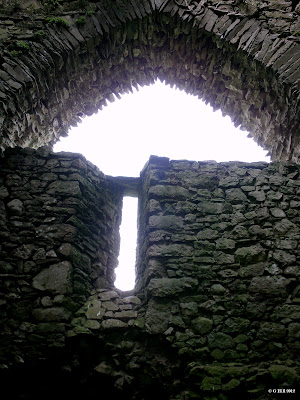 Above & Below Images: Inside the Tower 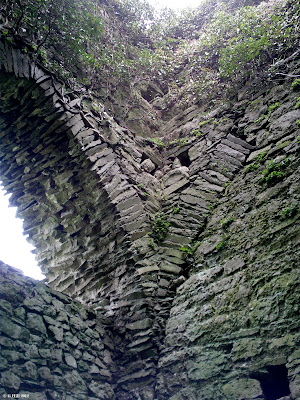 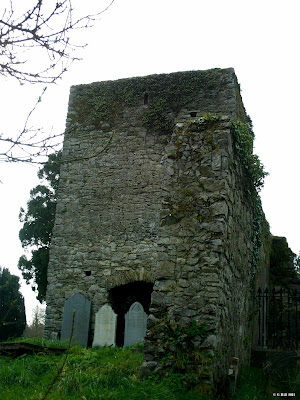 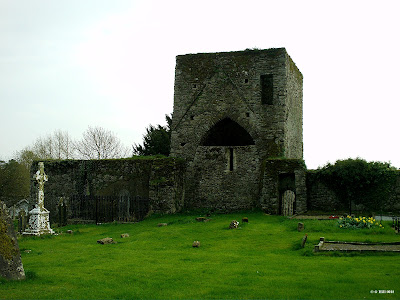 This sturdy ruin was built in the early 13th century as a preceptory for the Knights of St John of Jerusalem. The name derives from the colour of the habits worn by this order and it appears this site at Tully was of some importance in it's early years. Several chapters of  the order were held here and patronage came from the local lords. The turmoil of the reformation however meant that the site was eventually confiscated and suppressed by the Crown of England in 1538. The lands passed through many owners thereafter and time took it's toll on the great building leaving it in ruin like so many others of it's kind.
Today it is situated within the grounds of the National Stud of Ireland. Strangely enough there is no access from the Stud itself, a hedgerow borders the grounds, but being that an old cemetery is adjacent there is access from the Tully road that borders it on the South-west side. A low wooden fence marks the perimeter of the National Stud grounds and one would think that this was private property with no access. In fact there is a small wooden gate which has a chain latch. It looks locked but it unhooks easily enough. It bears a sign saying "Please Close Gate". So we did. A wall surrounds the site of the ruins but there is again a gate with a chain latch and additionally a stone stile for access. Nobody seemed to mind us clambering about. Over the hedgerows National stud staff were going about their business and we expected to be approached and maybe told to leave.But it never happened.
The ruin itself consists mostly of a tall square Tower and some adjoining walls. You can step inside the Tower through an open entrance on the South facing side and there is an additional small arched gateway on the north facing side. This leads only to a grave site. Within the Tower itself, the light streams in from the semicircular window and  shows off the very fine construction of the walls.Unfortunately there doesn't appear to be any way of climbing the Tower. I would imagine there would be some view from up there. An ancient graveyard sits beside the Tower and there are some more recent graves dotted around the area.
To find and access the Black Abbey, take the M7 Dublin to Limerick Road and exit at Junction 13. Take the left hand turn at the roundabout onto the R415. Drive for approx. 600 metres until you reach a small crossroads. Turn left following the sign for The Japanese Gardens and drive to the end of this road until you reach a T- Junction. The small wooden access gate is directly in front of you and to it's right is a small area where you can park off the road. Follow the requests to close gates behind you and you should have no trouble entering.
Posted by Castlehunter at 13:55