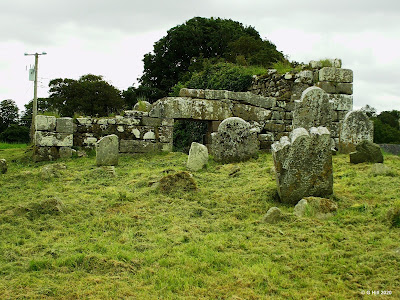 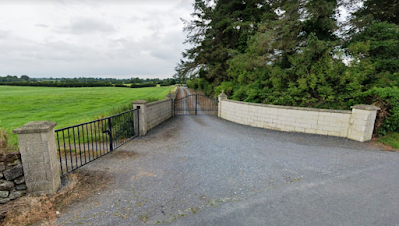 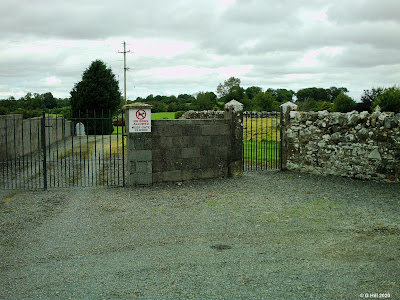 Above Image: The entrance gate of enclosure 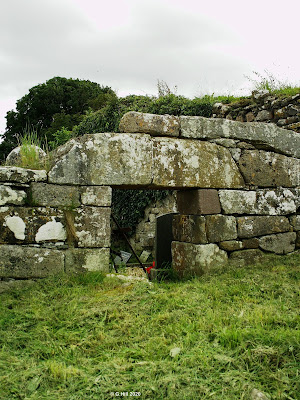 Above & Below Image: Cylcopean doorway 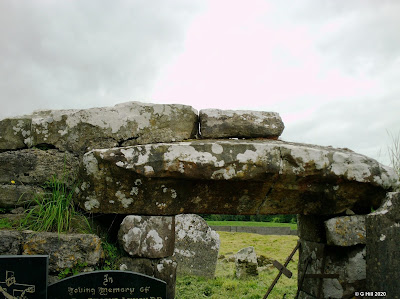 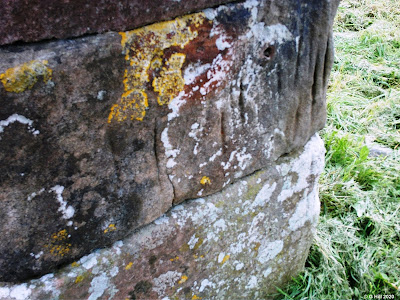 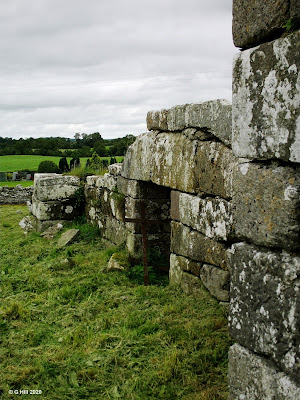 Above & Below Image: Antae on walls 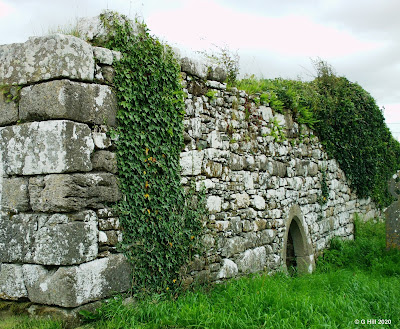 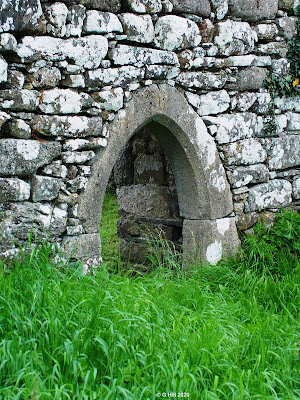 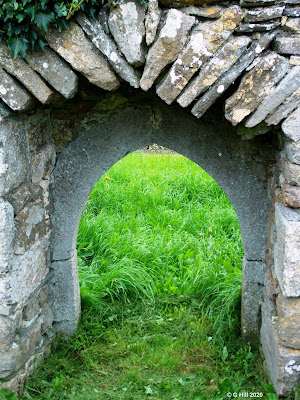 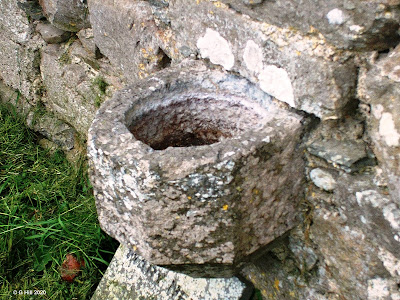 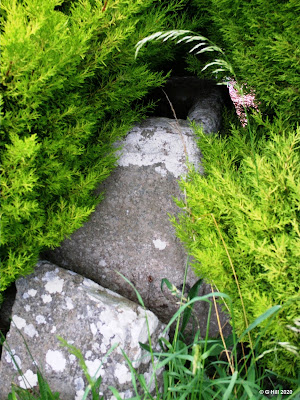 Above image: Cross base among bushes 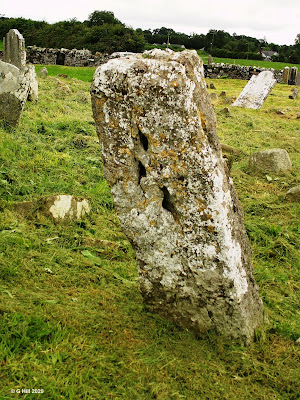 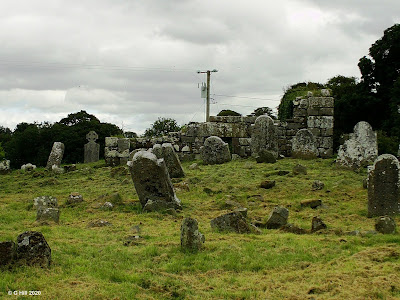 The very ancient remains of Dulane church have left us little of the building but a number of interesting features. The date of origin of the church is not clear but it is thought to be no later than 919AD. It was dedicated to St Cairnech a son of a British Chieftain who arrived in Ireland not long after St Patrick. He may have founded the site here and a stone church may have been in existence before 919AD. One way or the other it would have been ransacked by the Vikings and later in 1171 by Dermod McMurrough under the Norman invasion. McMurrough would die that year at the very old age especially for that time of 81. By the 13th century Dulane had become a parish church under the auspices of Kells but was out of service and in ruin by the early 17th century.
The remains of the church visible today are standing on elevated ground within a D-shaped graveyard which has now been extended on its Northern end to accommodate more recent burials
The ruins are situated away from the main road at the end of a narrow laneway and we had no trouble finding parking at the enclosure gate.
My first impression of the ruins which looked rather scant was the type of stones used to construct it. The West wall is constructed of large blocks (Cyclopean is the term I believe for these) particularly the doorway where a lintel is replaced by two huge blocks. The South wall has large blocks on the Antae (extensions of the walls beyond the gable) on Its West end and with tracings on the East end. The Antae of the non-extant North wall is partially present. Both of the extant walls are sunken somewhat below present ground level, although the undulating ground within this graveyard has probably added to this.
A Second doorway is present in the South wall and the wall surrounding it over its arch may have been rebuilt later as the stones are smaller than the blocks at the base of the wall.
On the interior of the church there is a small stone font set into the wall East of the South doorway
On the inner right hand side of the West door are long incisions in the upright blocks which are attributed to arrow sharpening.
A couple of other features we spotted here were the base of an old stone cross which is now obsured on either side by some out of control topiary bushes and by a grave stone on the East side. You can just about see it poking through and it lies a few yards North East of the church. Also present is a strange leaning stone with some indents on its East side which could be a standing stone, although it is of a defined shape and although I checked the old ordnance survey maps it doesn't merit a mention.
To find the ruins take the M3 motorway West towards Kells and as the motorway ends just before Kells take the third exit off the roundabout and then the first exit on the following roundabout onto the N52. Continue on this road through the next roundabout and on the subsequent roundabout take the first exit heading Northwards on the R164. Drive for approx 2KM  and when you pass Murray Ward accountants on your left, take the next right turn. Drive down this road for approx 350m and you will see on your left two metal gates between two pillars, The gate on the right is usually unlocked and you just need to open it so you can drive up to the small parking area at the end of the lane.
Posted by Castlehunter at 15:56