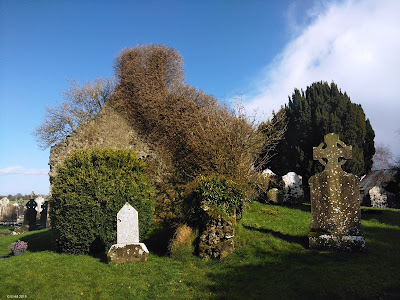 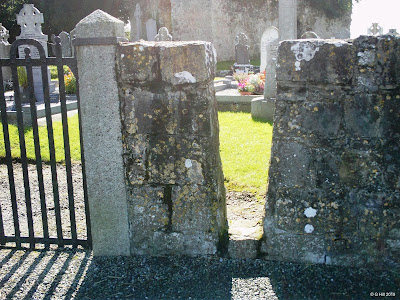 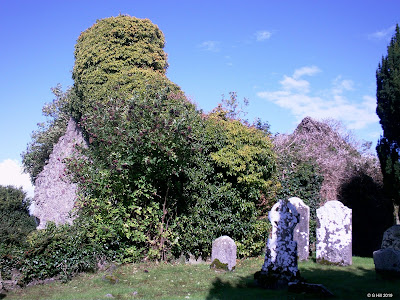 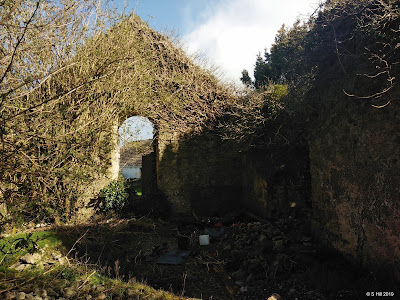 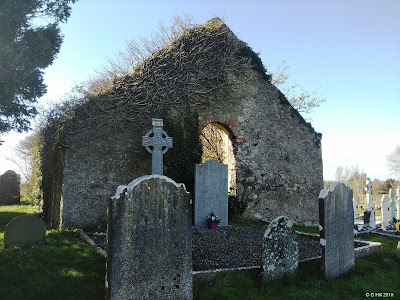 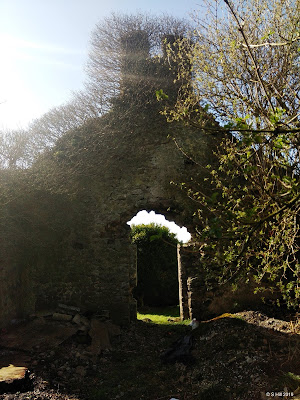 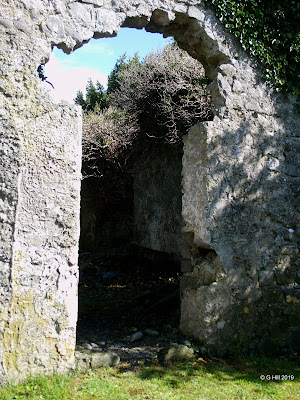 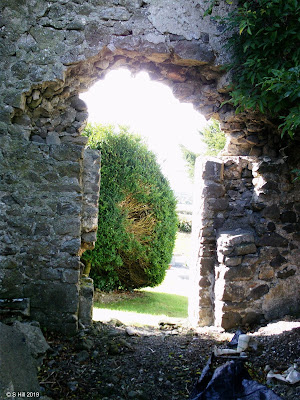 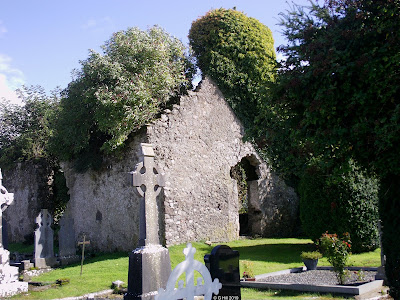 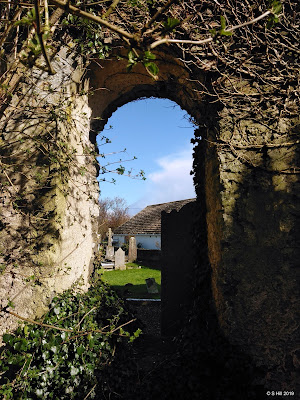 Situated in the area of Fontstown lower the ruins of this small parish church sit in a well kept graveyard. The ruins however appear to be in a fairly bad state and infested with ivy and other vegetation.
The origins of this site date back to 12th century Anglo-Norman times where a medieval church was sited here and referred to as 'Villa Fonti' but is recorded as being in ruins by the end of the 13th century.
The extant ruins here today are of an 18th or early 19th century church with partial segments of its walls possibly dating to the earlier church. It is a very plain structure with a damaged doorway in the West gable that also sports a bell cote which is also damaged. Within it is quite overgrown and we had to tread carefully while inside the walls. Nonetheless it is a atmospheric spot and very tranquil. The usual cacophony of crows was curiously absent at this site. A local informed me that there was a children's burial site here but it could not be pinpointed. He also told me that there is supposedly a tunnel or Souterrain under the graveyard.
If in the area you could also take in two more ruins in nearby Nurney see earlier posts here and also here.
This site is quite easy to find. Take the junction 2 exit from the M9 and join the R448 Westbound signposted for Castledermot. About 700m along the R448 becomes a turn to the left but you continue straight past this and the road becomes the R418. Drive on for approx 10KM until you see a right hand turn with a sign pointing to the R415 to Kildare. Turn right here and the ruins are about 50m along on your left. There is room to park at the cemetery walls. Access is by a stone stile.
Posted by Castlehunter at 16:09