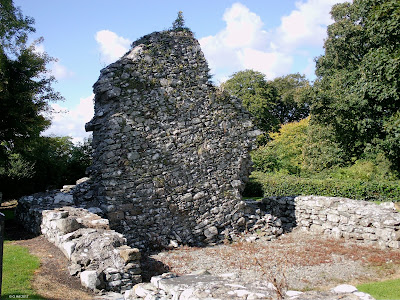 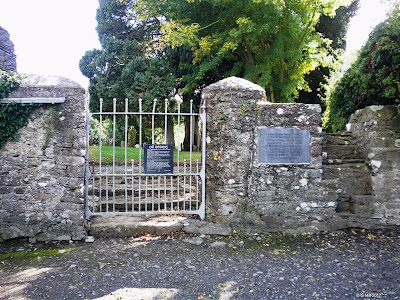 Above Image: The entrance gate & stile 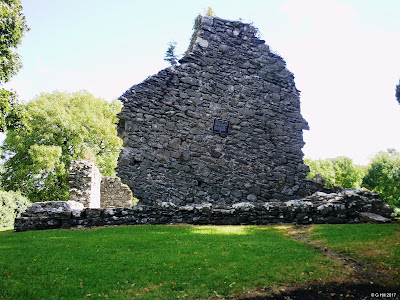 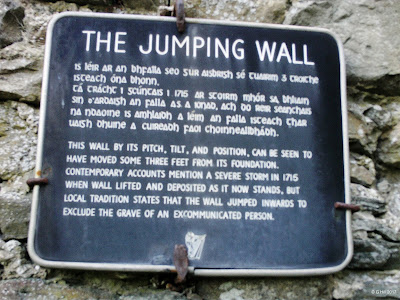 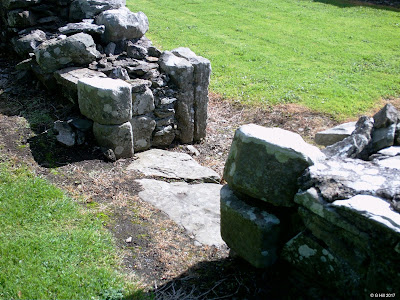 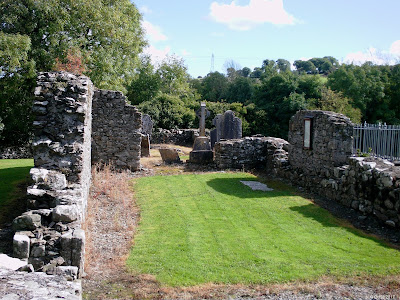 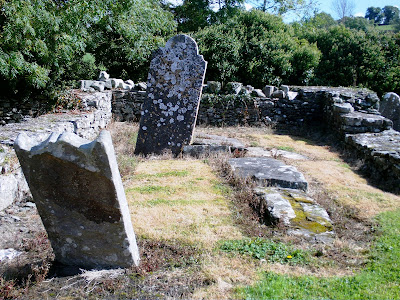 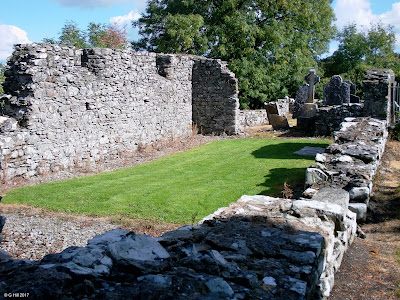 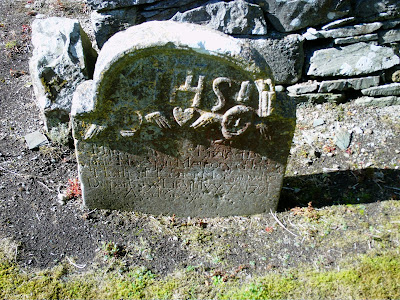 Above Image & 2 Below Images: Ancient stones 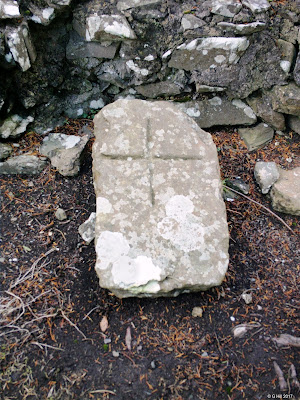 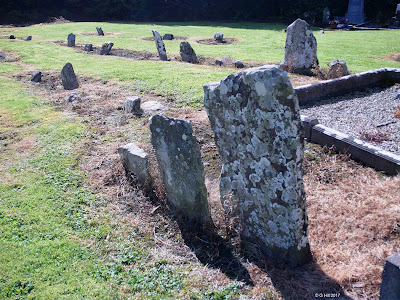 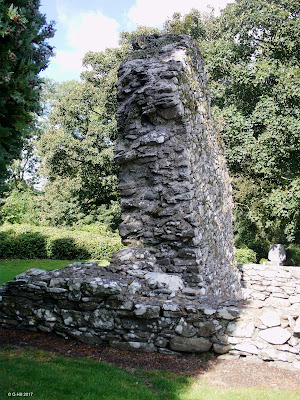 Above Image: The jumping wall. you can see its
foundations to the left. 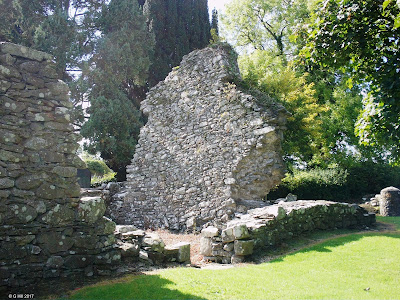 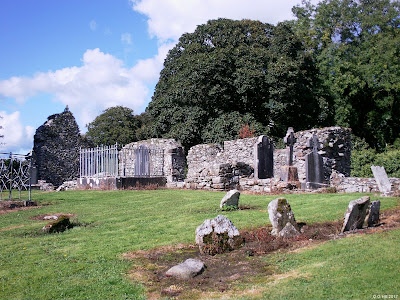 There are many strange myths and legends scattered across this country and one of the most mystifying lies in the backwaters of Co Louth near Ardee.
On a narrow country lane a walled enclosure surrounds the graveyard and the ruins of the 14th century church of Kilmedock, dedicated to St. Diomoc an early disciple of St Patrick.. The ruins are of a long building bigger than most of theparish  church ruins one would normally come across and has been ruinous for several hundred years but this particular church also contains a genuine mystery.
Access to the graveyard is by way of a roadside gate and the first thing to meet your eye is the remains of the West gable. This gable is the subject of the mystery here because it apparently moved by itself three feet to the East of its foundations without falling. The story behind this phenomenon is that this unnatural movement occurred during a severe storm in 1715 but it is hard to imagine a wall of great weight such as this shifting from its foundations without crumbling apart. A stormy wind would more than likely have caused the collapse of the wall rather than magically push it off its foundations. The local legend is that the wall "jumped" supernaturally following the burial of a local mason who had previously abandoned his faith but was still buried within the church beside the West gable. Apparently overnight it jumped to exclude him from the consecrated ground within and this is what the locals found the next morning. A tall story maybe but still  we are left without a logical explanation for this event. Both the storm and the burial did take place but this event remains a tantalising mystery to this day.
The location even with this supernatural baggage is still a very tranquil spot and the grounds are well kept. There are many ancient stones here and within the church a chart depicting the layout of the ruin and the names of many of those interned are listed and mapped out. Most of the gravestones are illegible so this is a great source for those maybe trying to locate the resting place of a relative.
The grounds also contain a couple of interesting 13th century carved stones.
I stood there for quite a while trying to imagine how this jumping wall came to be and I left none the wiser. But it is a site well worth visiting and I'm really glad I saw it for myself. For families you can regale your kids of ghostly moving walls. They'll love it!
To find Kilmedock ruins take the N2 heading North towards Ardee. About 6.2KM North of Collon you will pass the Hunterstown Inn on your Right. About 300m further on you will reach a crossroads with a right hand turn onto the L5256. Turn right here and continue for approx 600m where you will reach a fork in the road. Keep to the left road and continue on (ignore the pillared lane way on the right, keep to the left hand road) Approx. 550m further you will see the graveyard entrance on your right. There is room to park at the gate. 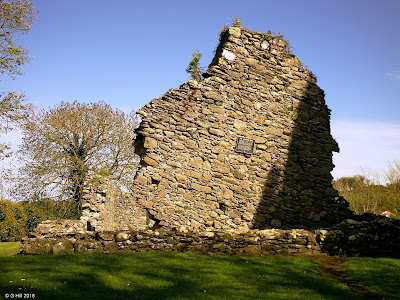 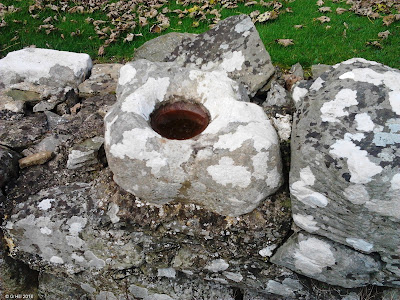 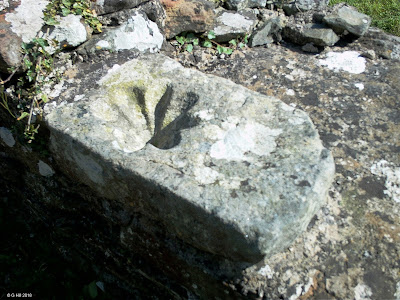 
I paid a quick visit here recently to photograph a bullaun stone and a stone hand basin that I had missed first time round. both are set into the walls. The bullaun is at the gap in North wall opposite the Southern doorway remains and the basin is set into the Southern wall near the East gable end.
Posted by Castlehunter at 17:07