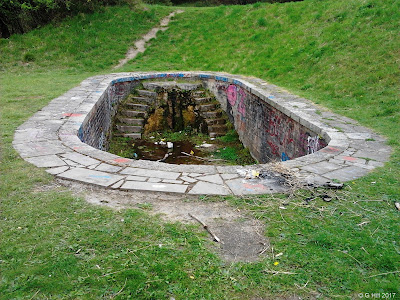 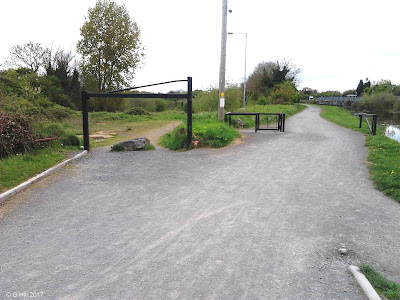 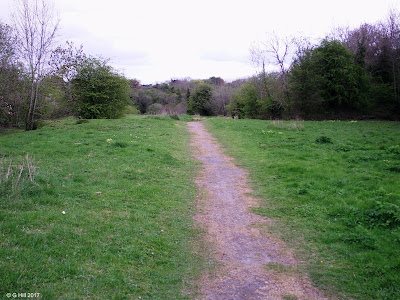 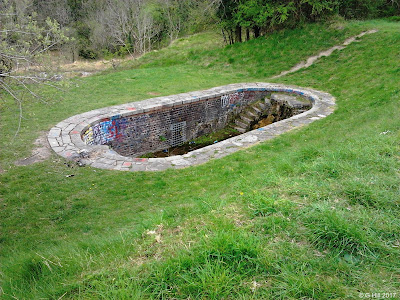 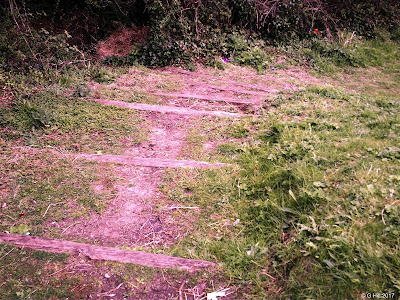 Above Image: Steps leading to Spa 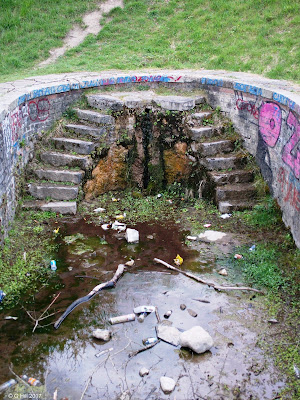 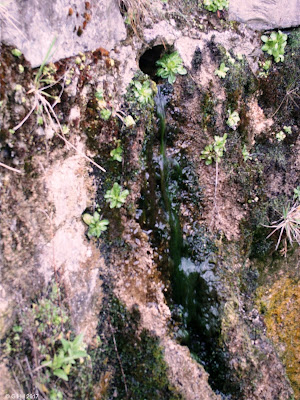 Above Image: Trickle of spa water 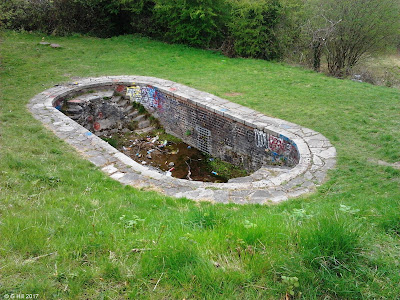 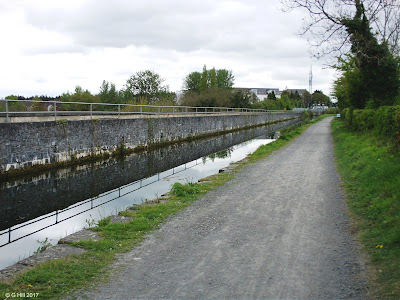 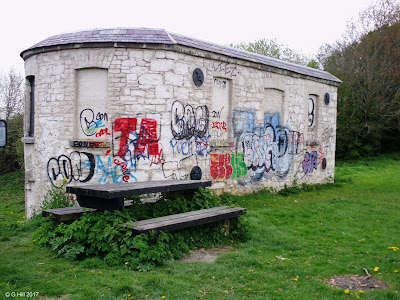 Above & Below Images: Remains of Lengthsman's cottage 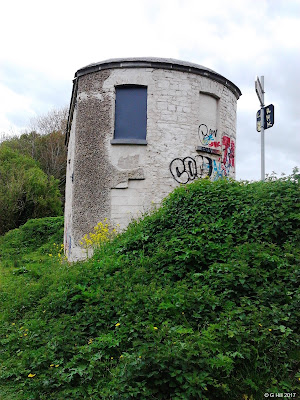 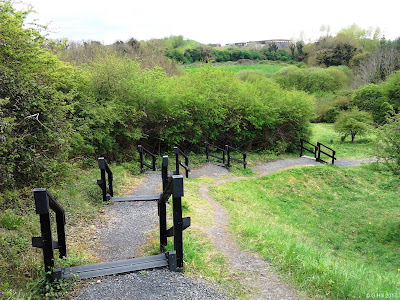 Above Image: Steps leading down to waterfall 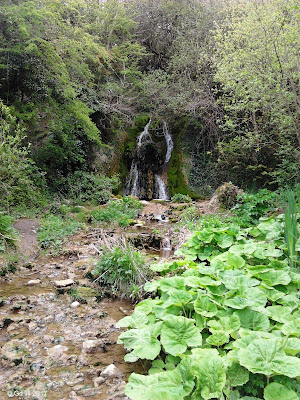 Above & Below Images: The waterfall 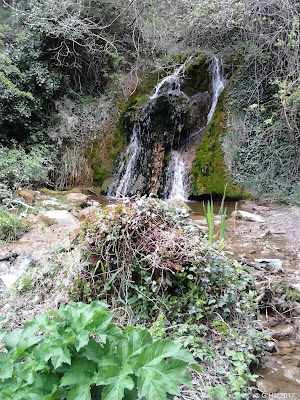 Image Below: Mouth of the aqueduct tunnel 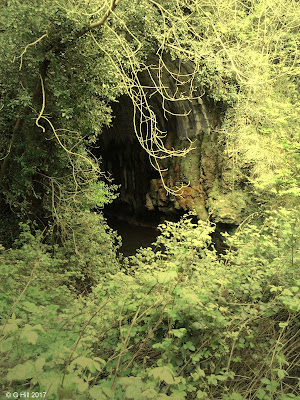 This unusual site can be found adjacent to the Royal canal near Louisa Bridge in Leixlip.

In 1793 when excavating the land near the canal to build an aqueduct so that the canal could cross the Rye Water some of the workers discovered a hot spring with the water emanating at a temperature of approx. 75 degrees Fahrenheit.  William Connolly of Leixlip Castle (nephew of the famed “Speaker Conolly”) requested the Royal Canal Company to divert the spring water into a brick basin alongside the banks of the Rye Water. Connolly’s entrepreneurial mind envisioned a Roman style outdoor bath and commissioned its construction.  He was motivated by the success of the spring at Lucan which was discovered in 1758 and became very lucrative spawning a hotel at the site and thousands of visitors. The Leixlip Spa once constructed was indeed quite popular but the vision of a hotel never materialised especially following Connollys death. The spa was still in use over the years but by the 1960’s it had fallen into disrepair. A combination of committees and donations helped restore it somewhat and it was a feature in one of the late great Dick Warner’s Waterways documentaries in 2011 showing it then to be in good condition. Sadly now it has regressed, becoming a receptacle for litter and debris.and has also been daubed with graffiti
My curiosity took hold of me recently and I decided to take a look at this oddity. Free parking near Louisa Bridge seems hard to find so I just parked in the railway station car park and paid the fee. I crossed the road to the track the runs alongside the canal and found that a few yards down it split in two. I took the left hand track that runs away from the canal and after a short walk came upon the Romanesque bath in an area just below the grassy ridge I was standing on. A rudimentary set of steps led down to the bath. Unfortunately things have not improved and there was the remains of a fire that had been lit on the stone surround. It would seem that the site is unfortunately attracting more anti-social rather than social gatherings these days. There are two sets of stone steps on each end of the bath which are still in very good condition. This is such an unusual and pleasing remnant of the past and it would be great if it could be restored again. I’m sure if properly managed it would attract visitors to avail of what is said to be healing water.
I left the site following a track that led up through the bushes toward the canal pathway and here I found the derelict remains of the canal lengthsman’s house. This too was unfortunately defaced by graffiti. The Lengthsman would have be responsible for a stretch of the canal maintaining the water level. The run-off water was directed down the slope to the Rye Water forming a manmade waterfall. Water still runs off to this day and you can access the waterfall by taking the long set of  purposely built wooden stairs down towards the river. The area around the Rye water banks is of great ecological interest with some very diverse fauna to be seen.  In late summer and early Autumn be wary of the white flowered giant hogweed that is quite abundant near the river and make sure your skin does not come in contact with it and especially its sap which can cause serious burns.


To find the Spa take the M4 junction 6 exit heading north toward Leixlip. Follow on through two roundabouts and turn right on the second one onto the R149 and continue until you reach the bridge over the canal at the train station. Take the first right hand turn after the bridge and you will see the car park on your right. The fee for the day is €4.50. The Spa can be found on the opposite side of the road. Just follow the track alongside the canal and take the left hand fork a few yards down.
Posted by Castlehunter at 11:19