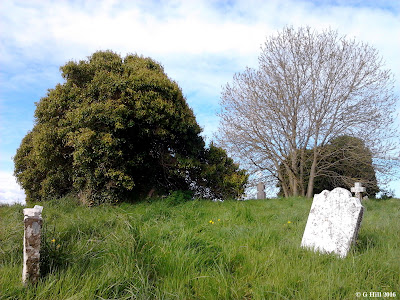 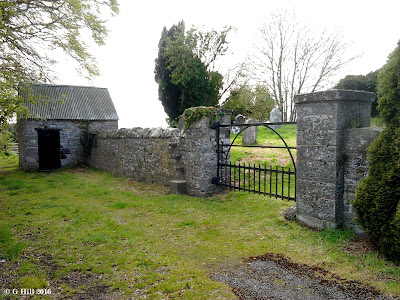 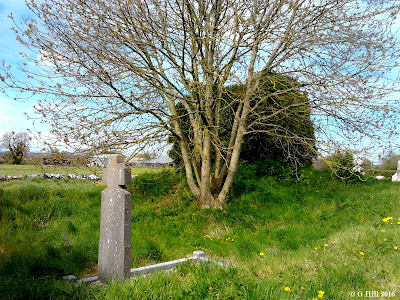 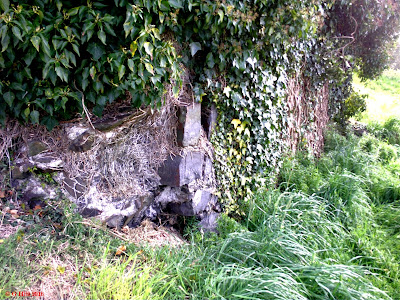 Above & Below Images: Evidence that there is actually ruins
beneath the overgrowth 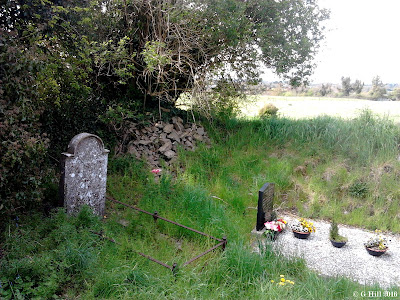 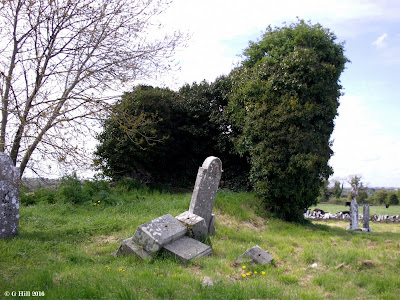 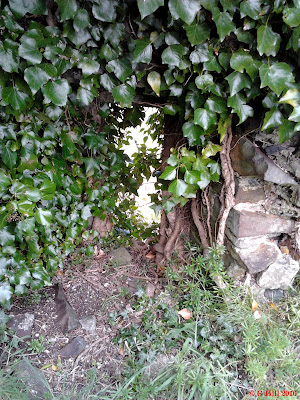 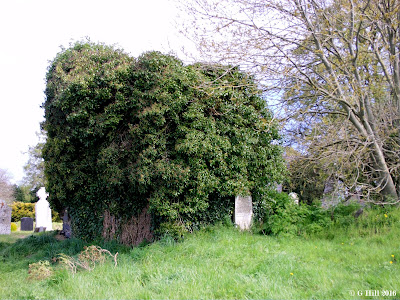 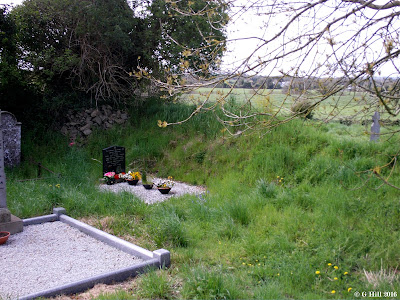 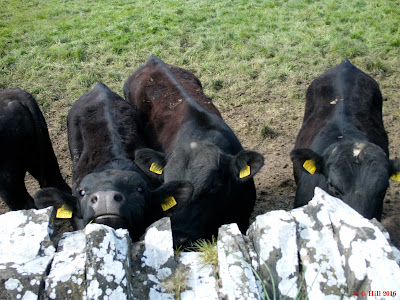 Above Image: Some onlookers from the adjacent meadow 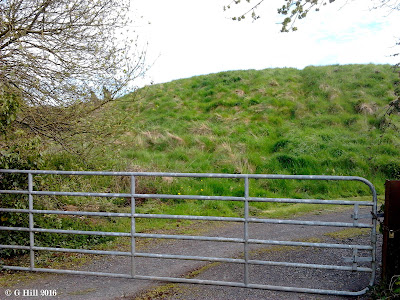 Above Image & Below 2 Images: The Rathfeigh Motte 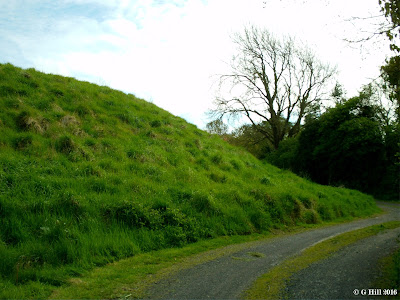 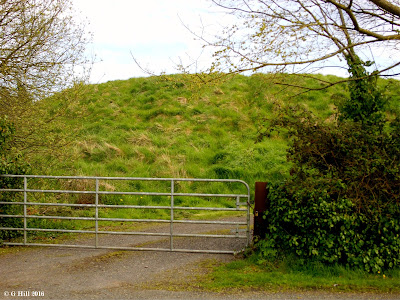 Out into Ireland's ancient East again and this time we found Rathfeigh Church or Church of the Blessed Virgin Mary which lies in a very bucolic setting situated down a country lane adjacent to a modern church. The ruins are positioned in the centre of a walled graveyard and are in a fairly overgrown state. The Church is believed to date to at least the thirteenth century as it is mentioned in the Church taxes of Pope Nicholas IV in the early 1300’s.  A simple nave and chancel design it is recorded as being in ruins as far back as 1641.
Today only a section of the West wall and parts of the chancel survive to some extent with the rest of the walls now at foundation level. The area of the nave itself has become rather sunken down and is rampant with overgrowth. Indeed the graveyard itself is in a rough state and seemingly not maintained, subsequently the ruins remain hidden under a blanket of overgrowth and are slowly being engulfed by nature. I had a devil of a time locating what was a window in one section of the East wall.  On the perimeter of the South wall of the graveyard and set partly into the graveyard is what looks to be to all intents and purposes to be a shed, but this is actually the remains of a watch house. I’ve come across these before for example the Cruagh watchtower in Dublin (see earlier post) These were watch posts that would be manned to ensure that the devilish art of body snatching would not take place. This watch house probably dates to the mid 1700’s and more than likely fell into disuse after the ghoulish practice ceased. A new door and roof have been added and today it is perhaps used to store tools for the modern church grounds.
At the entrance of the lane leading to the Church ruins is a large grassy mound visible beyond a field gate. This is in fact a large Norman motte upon which a bailey or wooden fortification would have stood. It is approx. 25 feet in height with its base diameter around 204 feet tapering to 105 at the summit. Although most of these mottes were built by manpower there is some speculation that because of its size it may originally been of ancient origin.
To find both the ruin and the motte take the N2 heading North from Ashbourne and drive for approx. 8.5km until you see a left hand turn signposted for the L1002 to Rathfeigh. Turn left here and drive for approx. 1.2km until you reach a fork in the road. Tale the left hand road at the fork (again signposted for Rathfeigh) and continue for approx. 400m where you will reach a T-Junction. Turn left  here and after a few metres take the first right hand turn. You will spot the motte on your left beyond a field gate and the ruins are approx. 100m along at the end of the lane. Ample room is available to park here.
Posted by Castlehunter at 13:02