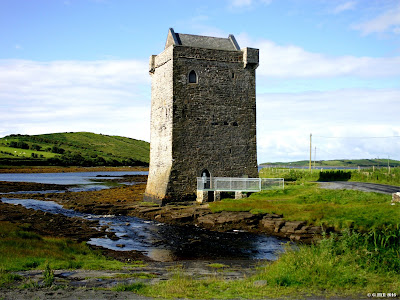 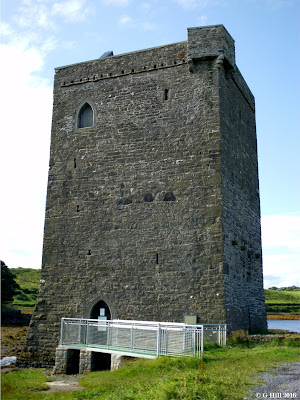 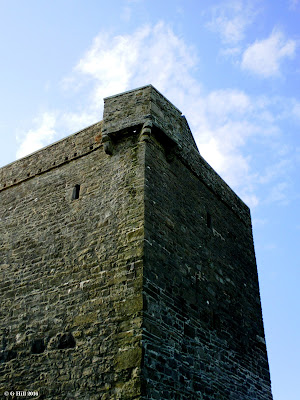 Above Image: A corner machicolation 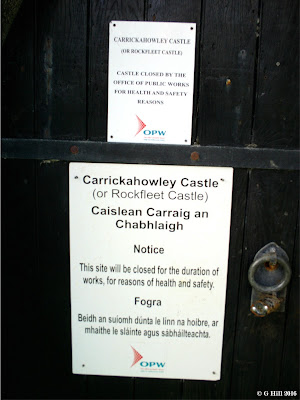 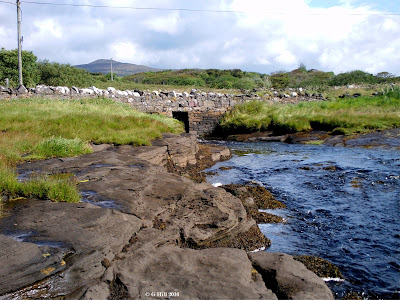 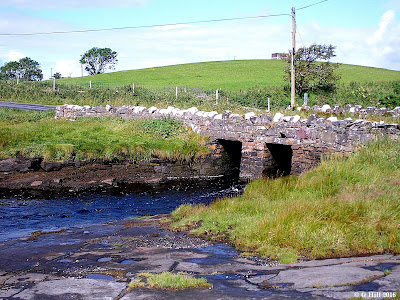 Above Image: The inlet and flat rock landing area in foreground 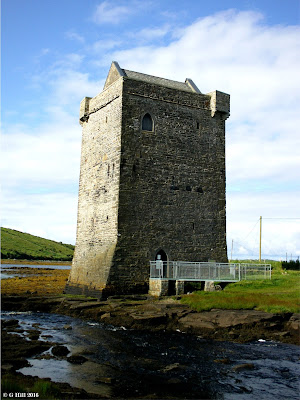 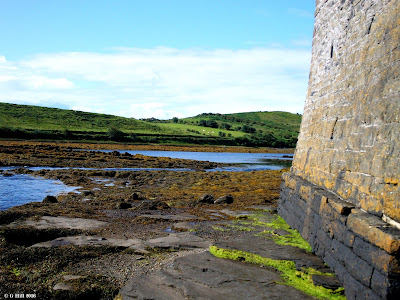 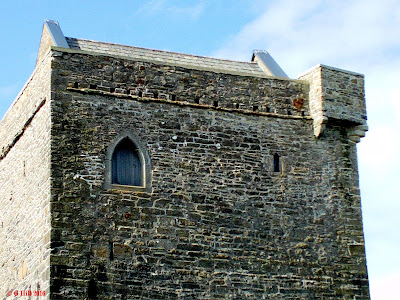 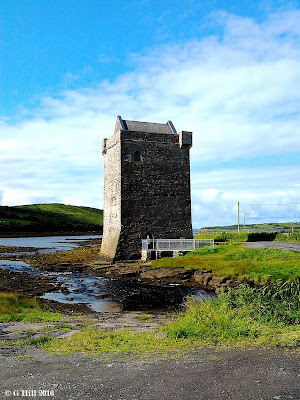 While this Castle presently does not fit strictly into the category of a ruin it was ruinous for a considerable length of time in the past until some renovation took place. Rockfleet Castle (aka Carrickahowley Castle) was constructed by Richard Burke in the mid sixteenth century.  In 1566 Burke married Grace O’Malley who became famously known as The Pirate Queen. On Burke’s death in 1583 Grace retained the Castle and it became one of her bases of operation raiding cargo vessels that navigated the nearby channel. She also had two other Castles, one on Clare Island and the other, Carrickkildavnet, on Achill Island (see earlier post here ) When her Brother was captured by the Crown forces she pleaded with the Queen for his return vowing to surrender her fleet of raiding ships. A deal was struck with a codIcil attached that Grace use her vessels to aid the English rather than attack them and to this she agreed. She died in 1603 and Rockfleet eventually fell into ruin. In the 1950’s a descendant of Grace called Owen O’Malley began a restoration of the Castle and now during the summer months a key can be obtained locally to view the inside. When we visited further restoration was taking place so entry was unfortunately inhibited at that time.


The tower stands dramatically on an inlet off Clew Bay. I was always enamoured by pictures of the Castle and made sure when finally in the area to take a detour to see it. Consisting of four storeys it stands roughly 60 feet in height. It was built with defence in mind and has some machicolations at roof level. A flat rocky area adjacent to it makes a perfect landing spot. I wonder how much plundered stock was hauled over it during the pirating era from the large fleet of ships that Grace had moored here.
Under normal circumstances a key is available at a local farm house and I believe you can explore most of the levels inside. The signs on the door at the moment refer to repairs for health and safety reasons.
This Castle is well worth a visit and standing on its lonely spot it's not hard to imagine the history that took place here. I will certainly return again to view the interior.

To find Rockfleet Castle take the N59 from Newport to Bangor Erris and about 7KM out of Newport you will see a left hand turn signposted for Carrickahowley Castle (Rockfleet). Turn left and follow the road down about 1KM and you will reach the Castle.