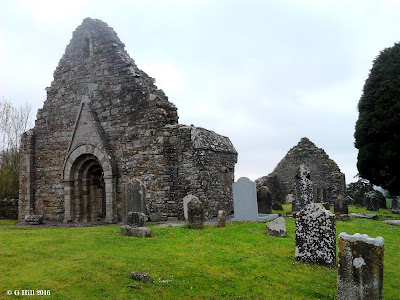 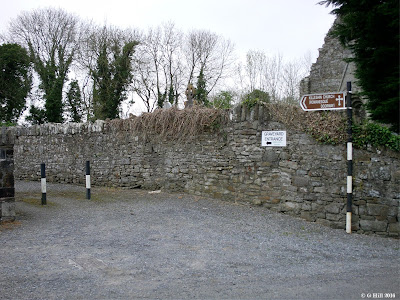 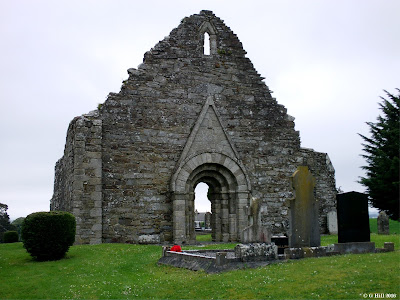 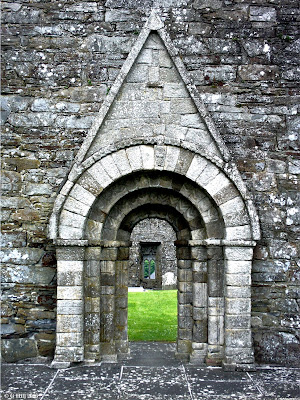 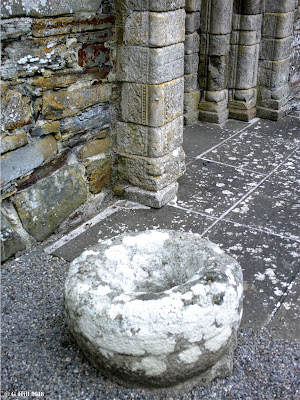 Above Image: The font 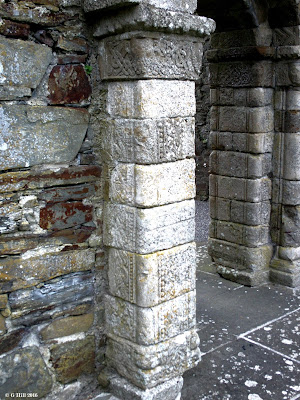 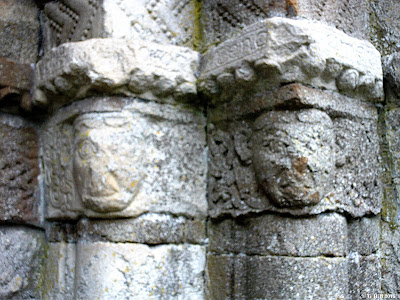 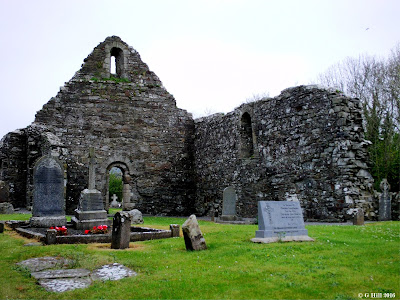 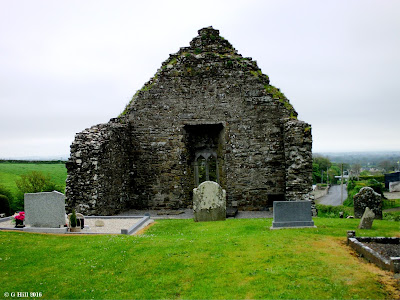 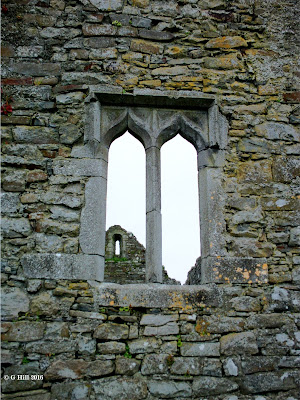 Above & Below Images: Exterior & Interior views of
late Gothic window 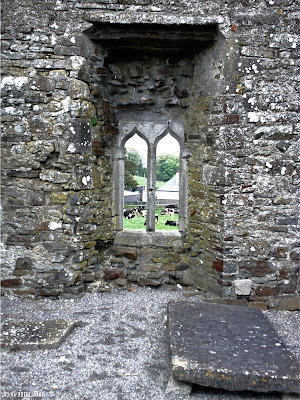 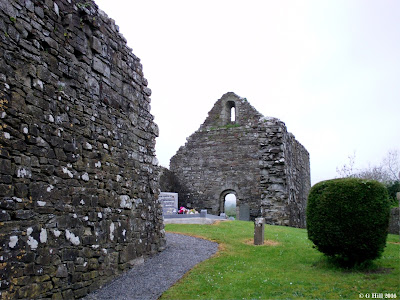 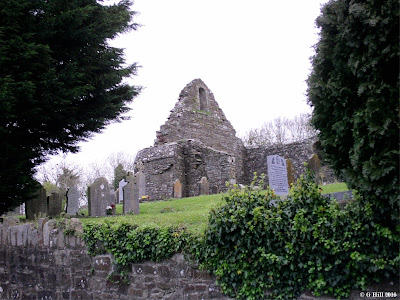 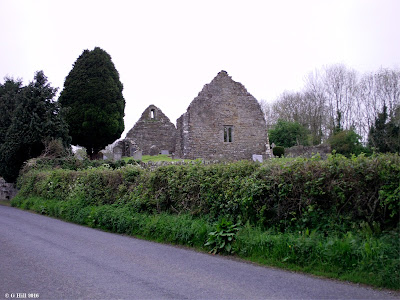 This site was of great ecclesiastical importance originating with a monastery founded possibly as early as the 6th century and designated as a cultural and educational centre. Unfortunately the monastery was destroyed in the 11th century. A round tower also stood on this site until 1703 when the land owner demolished it as he feared it unstable and might collapse killing the herd that grazed around it. It had stood at 105 feet making it the third tallest tower in Ireland after Kilmacduagh at 111 feet and Kildare at 108 feet (both previous posts). The ruins on the site today comprise of the West and East gables and partial North wall of a 12th century Church but the ruins are made all the more interesting because of the ornate doorway that has survived intact. It is one of the most striking examples of Hiberno-Romanesque architecture to be seen in this country. The arch has a large decorated triangular shaped hood with the doorway having four orders with heads on the capitals with their hair intertwining. Just by this doorway there also is positioned a font dating from the late medieval times. In the East gable there is a single window which is late Gothic in style and so would place it as a subsequent addition or amendment to the original Church.
I found this unassuming ruin really worth the visit because of the fine doorway and would recommend it highly. Although close to Carlow Town it is actually just over the border into Co Laois. Access is easy off the main road by way of a lane way and graveyard enclosure gate. The Church sits slightly aloft affording picturesque views of the Barrow Valley.
To find the ruins take the R430 heading West from Carlow town and approx. 2.2KM along you will see a left hand turn for the L7914. (The modern Killeshin Church can be seen in the backround on the left) Turn onto the L7914 and then take the first right turn and once past the modern Church on the left you will spot the medieval ruins about 150m along on the right hand side. There is room to park a car adjacent to a field gate at the lane way leading to the Church.